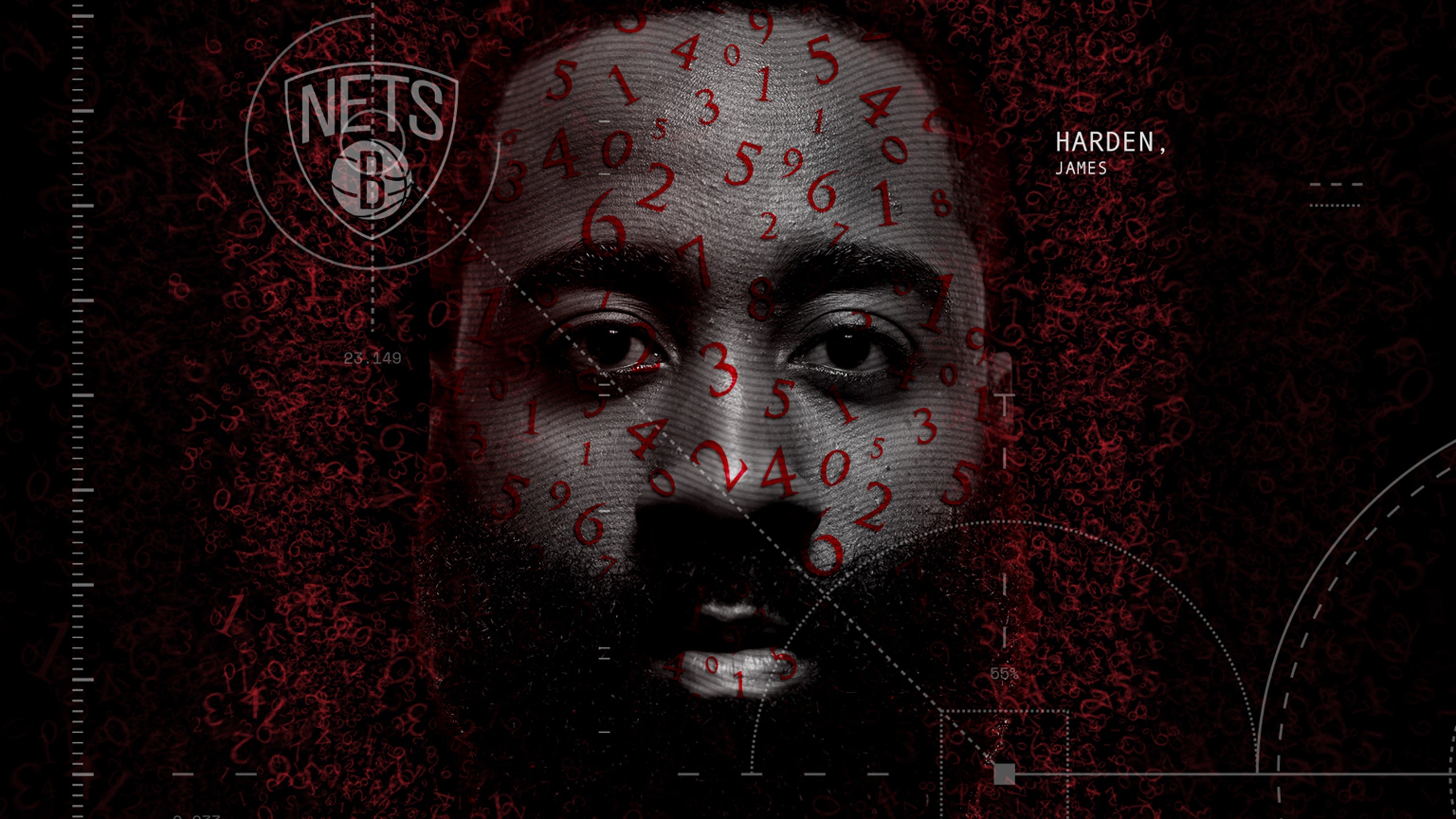 Superteams are the way of the world in the modern NBA.

It’s crystal clear how tough it is to win a championship without multiple superstars. The more cooks in the kitchen, the merrier.

When the Brooklyn Nets mortgaged the future to acquire eight-time All-Star and former MVP James Harden, the betting markets shifted accordingly. Bookmakers immediately lowered their odds on Brooklyn to win the title, knowing full well that they had to get ahead of a potential influx of cash on the new Big Three of Harden, Kevin Durant and Kyrie Irving.

"We were as high as 12-to-1 on the Nets on Wednesday," Westgate SuperBook vice president of risk management Jeff Sherman told FOX Sports. "Then the report came out that Harden was likely going to the Sixers or Nets, so I lowered them both to 8-to-1 just to do a little preemptive movement. We took some money on the Nets at 8-to-1, so I dropped it again. When the trade happened, I went all the way down to 7-to-2."

It’s extremely rare in this industry to see a shift from +1200 (12-to-1) to +350 (7-to-2) in just a few hours, but that’s what happens to the betting market when a superteam forms. Said another way, a $100 future bet on Brooklyn went from winning you $1,200 to winning $350 just like that. The betting value all but evaporated after a couple clicks from Sherman’s mouse.

You would think people would be salivating at the chance to bet on the next big thing, price be damned. That wasn’t the case. Contrary to popular belief, bettors weren’t coming out of the woodwork to fire a future bet on Brooklyn.

"We only wrote two tickets on them Wednesday," Sherman reported. "I’m sure people went out looking to see what price they could get, and they were obviously too late. Ever since the season started, with all the Nets’ struggles and Irving being MIA, we couldn’t sell a ticket on them.

"I don’t think they’ll have the betting popularity of the Lakers, either. All through last year and so far this year, we’ve taken Lakers money no matter what the odds are. They have such a following, and their supporters just naturally bet them."

The real avalanche of Nets support came in the offseason, when the SuperBook first opened the NBA futures market for 2020-21. The Nets' odds were a very hot topic in their trading room, and they got whacked right away at double-digit prices.

"When we were doing our numbers before putting the markets up, I had the Nets at 8-to-1," Sherman recalled. "I wanted to be low because everybody was going to be targeting the Nets and Warriors. Other guys in the room were higher, so we opened them at 14-to-1.

"Even without the [Harden] trade, I anticipated people looking to bet Durant and Irving. Plus, they had some nice pieces that they could flip in a trade for another star. I tried to be aggressive on them, but they are our second-largest liability behind Golden State right now."

Managing a future book is more complex than meets the eye. Making adjustments is the name of the game behind the counter. Guys such as Sherman are constantly shifting prices and managing risk, but when a big domino such as Brooklyn falls, the ripple effect changes all the other odds.

"Right when the Nets moved to 7-to-2, I bumped the Lakers up from +175 to 2-to-1 (+200) and the Clippers and Bucks from 6 to 8-to-1," Sherman explained. "Such a large dip on the Nets changed the hold percentage (the percentage of money wagered that the sportsbook aims to keep as profit) drastically, so I had to raise almost every contender up to get it back to our target hold. I even touched the 20s on Philly, Miami and Boston because anything short of 20-to-1 on those teams isn’t going to attract much action."

I could listen to Sherman talk strategy all day long. It’s fascinating.

As for the Eastern Conference, the Nets are as low as +110 to reach the NBA Finals; FOX Bet actually has one of the best available prices at +140. I’m much more inclined to take a shot on Milwaukee at +300 or Boston at +700 because the odds on those two teams are inflated by the Nets' perceived rise. 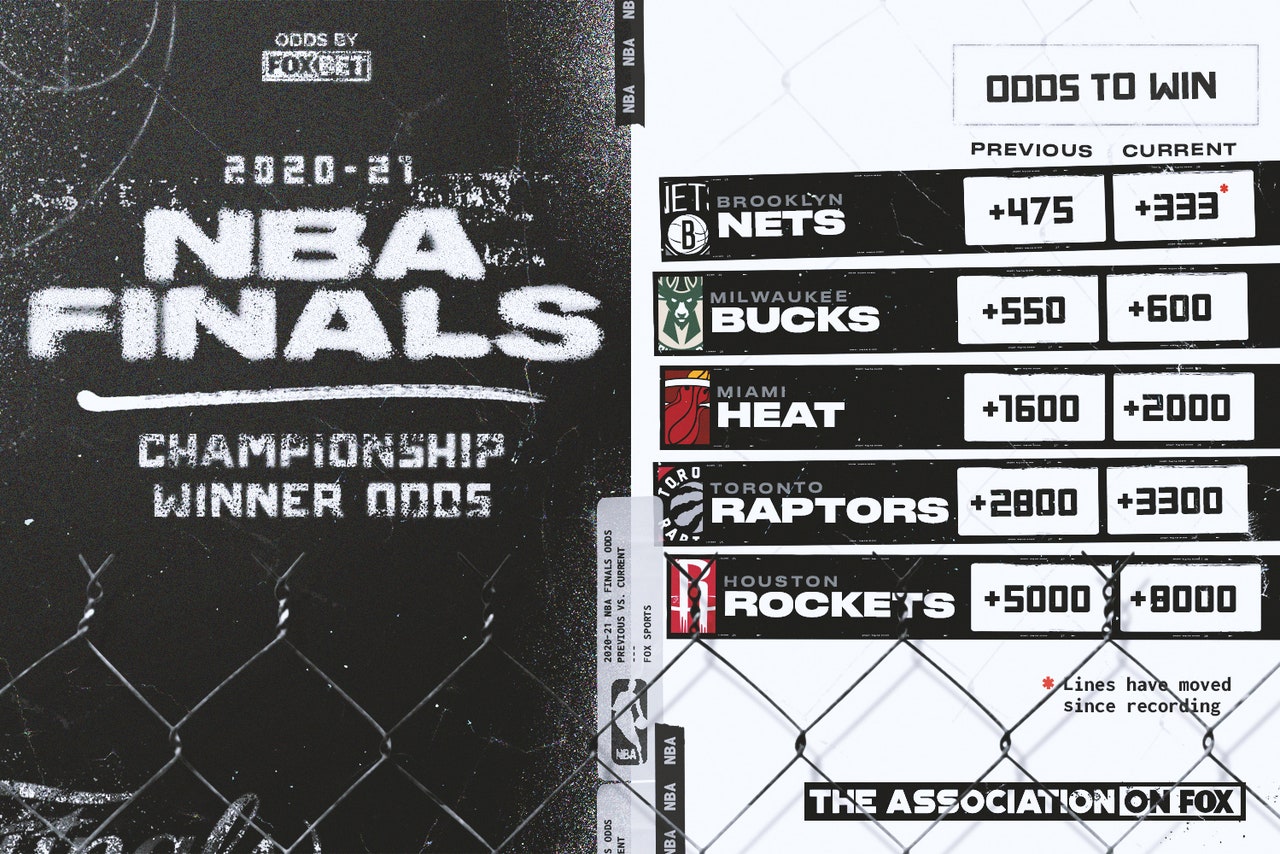 "There are a lot of good teams in the East," Sherman opined. "The East is better this year than it’s been in a long time. Boston, Brooklyn, Miami, Milwaukee and Philly are all competitive. Toronto is off to a rough start, but you could easily flip their record around given all the close losses they’ve had. I don’t think there’s as much separation in the East as the odds indicate."

From a basketball standpoint, I have many concerns about the motion and fluidity of the Nets’ offense. Harden and Irving are two of the highest usage players in the entire league, and now they have to share the sugar with each other as well as with Durant. And we haven’t even started to talk about the potential team chemistry issues.

(Insert joke about how there’s only one basketball.)

"They have a ton of offense, but I can’t even imagine how high these totals are going to be because these guys play absolutely no defense," Sherman declared. "It’s going to be really interesting once they get some games under their belts. Especially when they play the Hawks or Wizards, the total has to break 250."

Clearly, the betting value on the Nets to win the title or conference or division isn't what it used to be. I didn’t like them to make a deep run before they acquired Harden, and I’m still pretty skeptical after the trade. Sure, they’re extremely talented, but these things take time.

It’s also quite the test for rookie head coach Steve Nash. If you think he can manage minutes and personalities to make it all work, go fire right now on Nash to win Coach of the Year at +800 at FOX Bet. That’s something that still has value.

"It’s a really interesting situation," Sherman said. "When LeBron James and Chris Bosh went down to Miami to pair with Dwyane Wade, it took that team time. They didn’t win the title their first year together. It took until the second year to get it going. I would expect a little more of a curve [on the Nets]. Out of the three stars, Durant needs the ball the least. But how will Irving take it?

"Everyone that we’ve seen go through Houston stood around and watched Harden play. That’s why [Chris] Paul and [Russell] Westbrook wanted to leave. I don’t know how this Harden-Irving situation is going to play out. So we have liability on Brooklyn, but we had that in Miami, too, that first year, and they didn’t win it. That afforded the book the luxury of putting Miami short enough the next year where you can control the liability."

The King Chameleon
LeBron James has a skill that puts him above anyone to ever play in the NBA, the talent for adaptability, writes Melissa Rohlin.
13 hours ago

Time for a new logo?
Kyrie Irving believes that the NBA logo should be changed to an image of Kobe Bryant. Is there merit to that argument?
16 hours ago