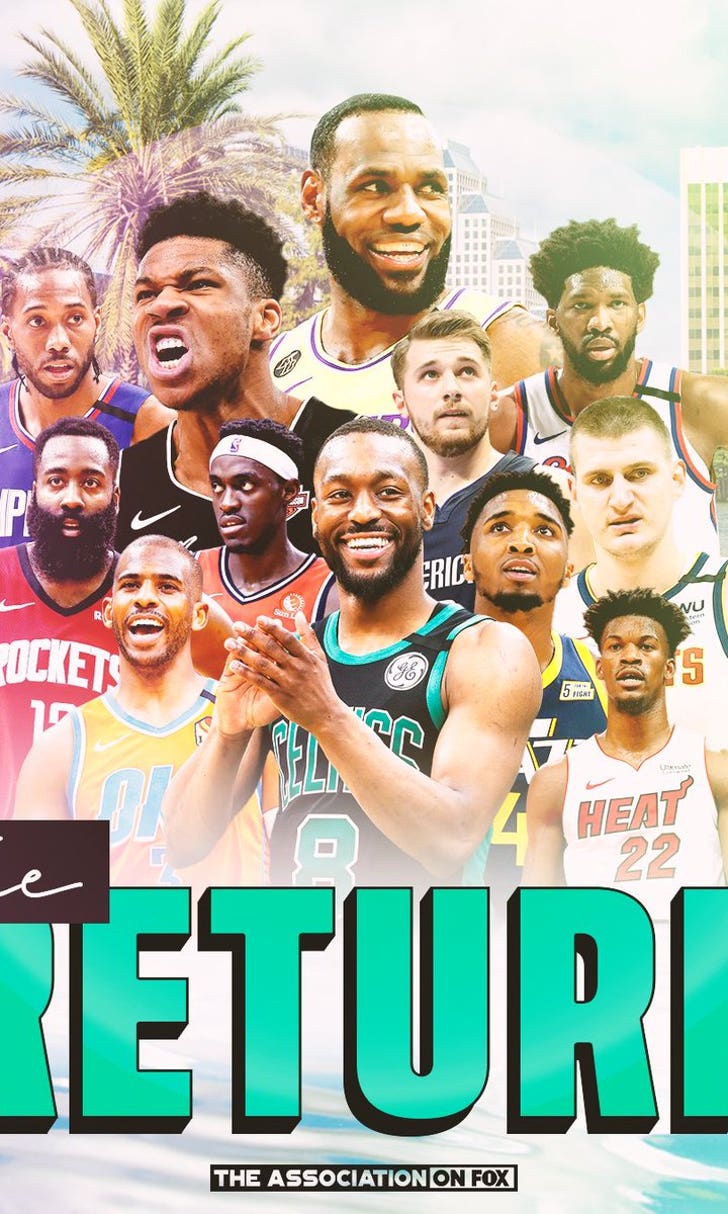 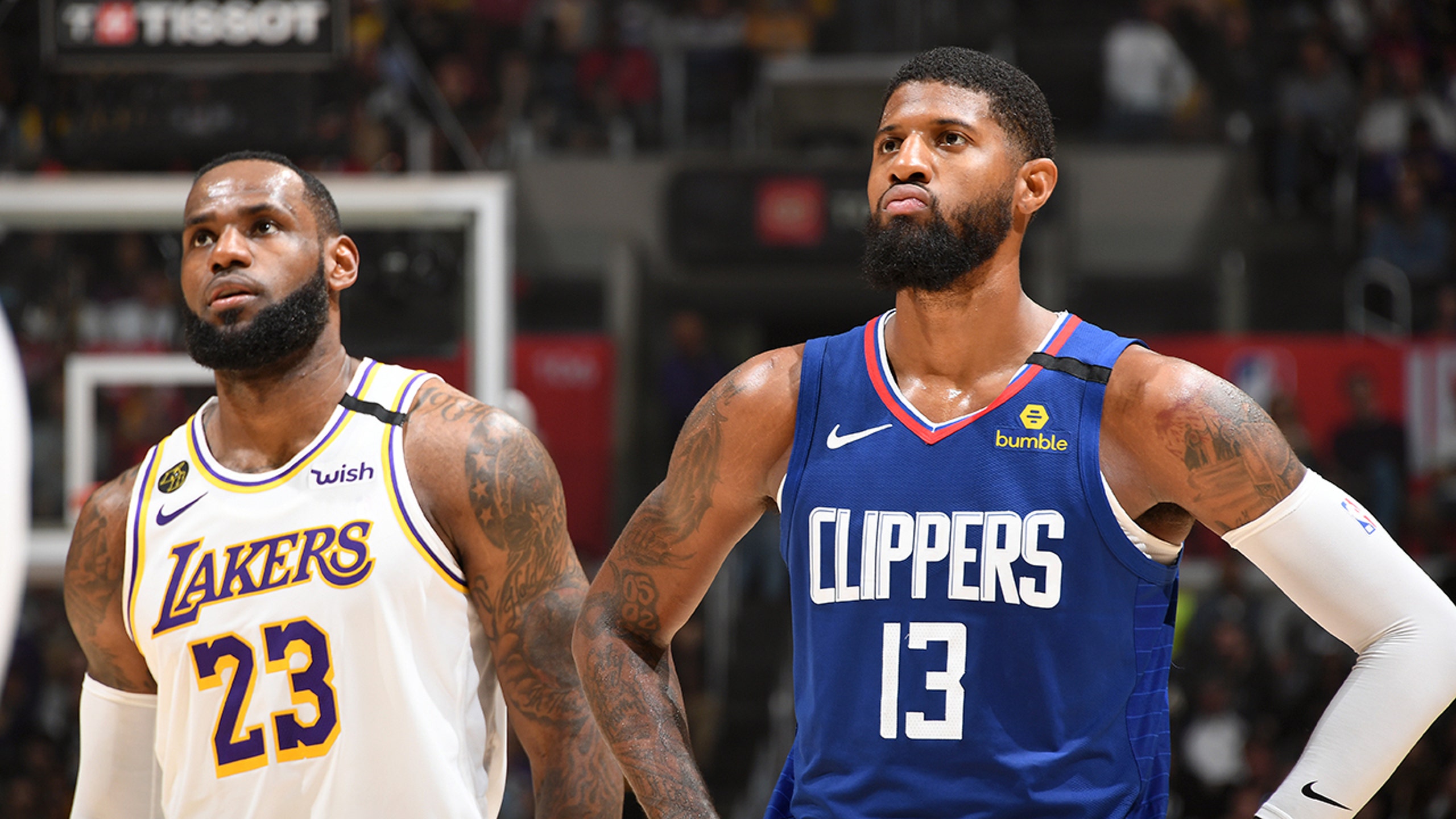 Basketball fans rejoice – the NBA is making a comeback.

On Thursday, the NBA board of governors will hold an afternoon conference call to vote on a July 31 restart for the 2019-20 NBA season, which has been suspended since March 11 due to the COVID-19 pandemic.

Let's get into the details of how the rest of the season would shape up:

The NBA "bubble" will include 22 teams that would converge on The Walt Disney World Resort in Orlando, Florida, where the season would resume on July 31. The NBA Finals would conclude on Oct. 12 at the latest.

Players, coaches and team personnel will live at the Disney resort during the remainder of the season, based on how long their team continues to play into the postseason, and all those that live in the bubble will be required to practice social distancing, including resort staff.

There are currently 16 teams that qualify for the playoffs under the NBA's traditional model of 8 teams from each conference.

Joining those 16 teams will be five more teams from the West – Portland, New Orleans, Sacramento, San Antonio and Phoenix – and one extra team from the East – Washington. Each of these teams are within 6 games of the 8-spot in their respective conferences and will have an opportunity to play their way into the postseason.

Here's what we know so far:

Each of the 22 teams would play 8 regular season games in the bubble, and according to ESPN's Adrian Wojnarowski, teams will have the opportunity to participate in a play-in tournament for the 8th seed in their respective conferences, based on how they finish the regular season.

Wojnarowski expanded upon the format on Thursday morning, saying that the 22-team format made the most sense, financially and competitively.

"One owner told me, they really believe that the 22-team format was ultimately the most-compelling. Certainly it was more financially rewarding for teams and players than only bringing back 16 teams, and the ability for teams to play themselves into the postseason was a big part of it."

One question that has been on the forefront of everyone's mind has been the absence of homecourt advantage in the playoffs, considering the remainder of the season will be played at a single location.

With that, some teams are looking for advantages elsewhere, according to ESPN's Dave McMenamin.

As expected, the reaction to the proposed format is across the board.

Colin Cowherd is concerned about the length of the season, considering the NFL – the dominant sports league in the United States in terms of ratings and interest – will start its season on Sept. 5.

"I am a little disappointed in the NBA. They're saying now that if the NBA [Finals] goes to a Game 7, it would be Oct. 12. The NBA, unlike baseball, has never put its playoffs up against the NFL. Baseball has. Ask 'em how it works if the Yankees aren't in it. Not well ... We watch football more than we've ever watched it. Last year, the ratings went up ... Football's getting bigger and more powerful than ever ... This seems like the NBA was really concerned about the [restart] of the NBA season and maybe not as concerned about the end date of the season."

Traditionally, the NBA's season begins in mid-to-late October and ends in mid-June when the league crowns a champion.

In terms of the four major professional sports leagues in America, the NBA season is most aligned with the NHL season, which also begins in October and ends in June. The MLB season begins in late March or early April, and the World Series concludes in October or early November, while the NFL begins in early September and the Super Bowl is held in early February.

ESPN's Stephen A. Smith agrees with Cowherd, wishing the NBA would have planned to start sooner and subsequently, end sooner, so that it wouldn't have to compete with the NFL for multiple weeks.

Smith also expressed his vehement disapproval of the homecourt advantage ideas that have been proposed in order to create a postseason edge for teams with better regular season records.

"All of this stuff like, 'Let me bring the homecourt to Orlando,' or extra fouls – stop! Stop it. All of this gimmicky nonsense ... They better not do this stuff ... Let's play basketball."

Who is the favorite?

Now, let's get down to the nitty-gritty – who's going to win the title in this modified NBA season?

Nick Wright thinks the key playoff matchup will be between the Western Conference's two best teams, the Lakers and the Clippers.

And due to three specific questions that Wright doesn't believe the Clippers have answers to – beginning with arguably their most clutch offensive player – he thinks the Lakers will represent the West in the NBA Finals.

"Here is issue No. 1: Lou Williams. He is their go-to option late and close. And what we know about LeBron's James' teams in the postseason, if you have an incapable defender on the court, because of what he does offensively, he is going to be pick and rolled to death as they have done year after year for any LeBron team to a player such as Lou Williams. You are either going to have take your best late and close option off the court or deal with the fact that he is going to be roasted on the other end of the court."

However, Chris Broussard responded by suggesting that the Clippers have not only one, but a few answers to the key issue that Wright pointed out.

"The Clippers are the deepest team in the NBA. So they can finish the game with Kawhi, with Paul George, with Montrezl Harrell, Marcus Morris, with Patrick Beverley, or Landry Shamet. They have all types of options they can use to get Lou Williams off the floor if they have to. The Clippers will be fine."

Former NBA coach Jeff Van Gundy, however, isn't picking the Lakers or the Clippers. He's going with the Milwaukee Bucks out of the East, even though he acknowledges that the NBA Finals' West representative might be more battle-tested.

"I love their defense. I love their depth. And Giannis' intensity and ability to draw two people going to the rim is exceptional. The battle through the West may sharpen [another team] more than what Milwaukee will have to travel through, so that I think is an advantage for the Western Conference team that ultimately comes out, but in the end, I think Milwaukee is the best team."

Will this season's trophy come with an asterisk?

Well, it depends on who you poll.

Longtime NBA writer Mark Medina, a former beat writer for both the Golden State Warriors and Los Angeles Lakers, said last week that this season's champion "should receive even more respect" considering the inconsistent nature of the 2019-20 season.

All NBA teams have already played more regular-season games than in the lockout shortened 1999 season (a 50-game campaign). Another lockout resulted in a 66-game season in 2011-12 – every team this season has played between 63-67 games. Additionally, whichever team hoists the Larry O’Brien Trophy this year will have overcome obstacles that no other NBA team has ever faced.

Teams went nearly 2½ months without having any formal practices or scrimmages. Teams may have benefited with the extra time for players to rest their legs, but they suffered with the halting of momentum they created for the first five months of the season. They became further tested on how to maintain a disciplined diet and experienced additional anxiety regarding the health of their loved ones.

Sports Illustrated's Robin Lundberg agreed, saying that the abnormalities of the 2019-20 season will 0nly serve to enhance the feat of winning a title.

Isn’t one of the things we love about sports overcoming adversity? I’d say winning a title this year would certainly qualify there.

Players have been off for months. Ramping back up is a challenge in and of itself. As is playing in an environment unlike what we’ve seen before ... There won’t be any crowd to feed off, just the best athletes in the world out on the court to compete. Not to mention, we don’t even know what the format will be, which could be yet another obstacle to overcome, rather than normalcy.

And Ira Winderman, Miami Heat beat writer for the South Florida Sun Sentinel, said that although this season will have an asterisk on it, the asterisk won't represent an easier path to an NBA title.

Arguably more challenging, with more distraction, lacking the boost of a home crowd, and basketball that could be turned upside down by a single swab ... And that's the thing, history will record 2019-20 as an NBA season like no other, as a year like no other.

Of course, there are those on the other side who think that a title in 2020 won't mean as much considering it won't have followed a traditional 82-game season, including Skip Bayless, who picked the Clippers to win a "tainted" title.

This is a developing story. Stay tuned for more updates.

'I'll never shut up'
LeBron James responded to Zlatan Ibrahimovic's criticism of his social activism, saying he has no plans to stop.
10 hours ago

Next Man Up
The NBA has no shortage of young talent, but who will be the face of the league once LeBron James finally calls it a career?
10 hours ago

Follow The People’s Sports Podcast
When Charlotte Wilder and Mark Titus started 'The People's Sports Podcast,' the goal was simple: Have fun. Mission accomplished!
18 hours ago