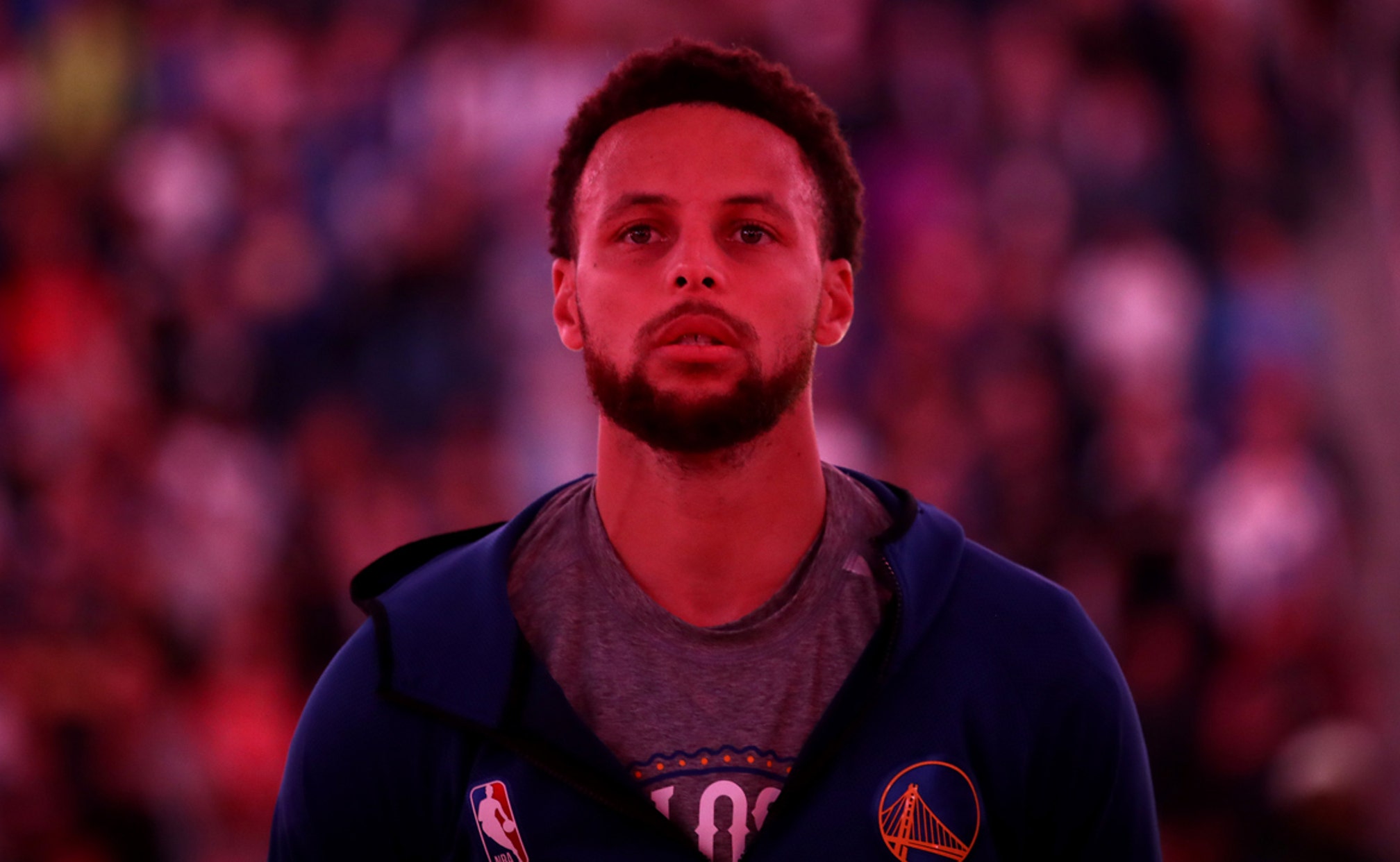 The Golden State Warriors were supposed to be a team fans looked forward to seeing this upcoming NBA season, as they reinvented themselves around one of the best backcourts in basketball history.

Instead, Klay Thompson's season-ending Achilles tendon tear this week has thrust the former champions into chaos – and hoisted a significant amount of pressure on Stephen Curry.

Curry himself missed most of last season with a broken bone in his left hand, following an unceremonious NBA Finals loss to the Raptors in 2019, the same series in which Thompson tore the ACL in his left knee.

All of that, combined with the Warriors' 15-50 finish in 2019-20, has taken much of the shine off of Golden State and its star point guard. And this week's awful news will further complicate the team's attempts to re-enter the limelight.

Despite Thompson's Achilles injury, the Warriors still plan on trying to put together the best team possible, as team owner Joe Lacob said on Thursday.

The front office immediately put its money where its mouth was, adding Kelly Oubre Jr. in a move that will cost the Warriors significantly, thanks to the luxury tax.

Oubre averaged 18.7 points for the Suns last year, but he won't replace Thompson, of course – not completely. The move does show that Golden State still plans on being competitive, though, and the burden for that will fall on Curry.

Both Skip Bayless and Shannon Sharpe were in agreement on that point on Friday's Undisputed.

Skip posited that Curry needs to return to his MVP-level form to show that his previous run as arguably the game's best player wasn't an asterisk-worthy outlier.

And as Shannon pointed out, the playoffs are far from a guarantee for Golden State even with Curry playing at his best, given how loaded the Western Conference will be next season.

Of course, the Warriors will still have two parts of their original 'Big Three,' as Draymond Green is ready to help get Golden State back on course.

Yet in the non-KD era, the Warriors have clearly taken a step back when one of their 'Big Three' has been sidelined. And the numbers are even more harrowing when only one can play, should either Green or Curry get injured or need to rest.

Moreover, Curry's performance has suffered greatly without Thompson on the court over the years. For his career, Curry is a 47.6 percent shooter from the floor overall and has made 43.5 percent of his 3s.

Without Thompson, those numbers plummet to 42.6 and 39.6 percent, respectively. Curry also averages more than two additional 3-point attempts per game (10.3 compared to 8.2) when his Splash Brother is sidelined, to try to replace Thompson's shooting. 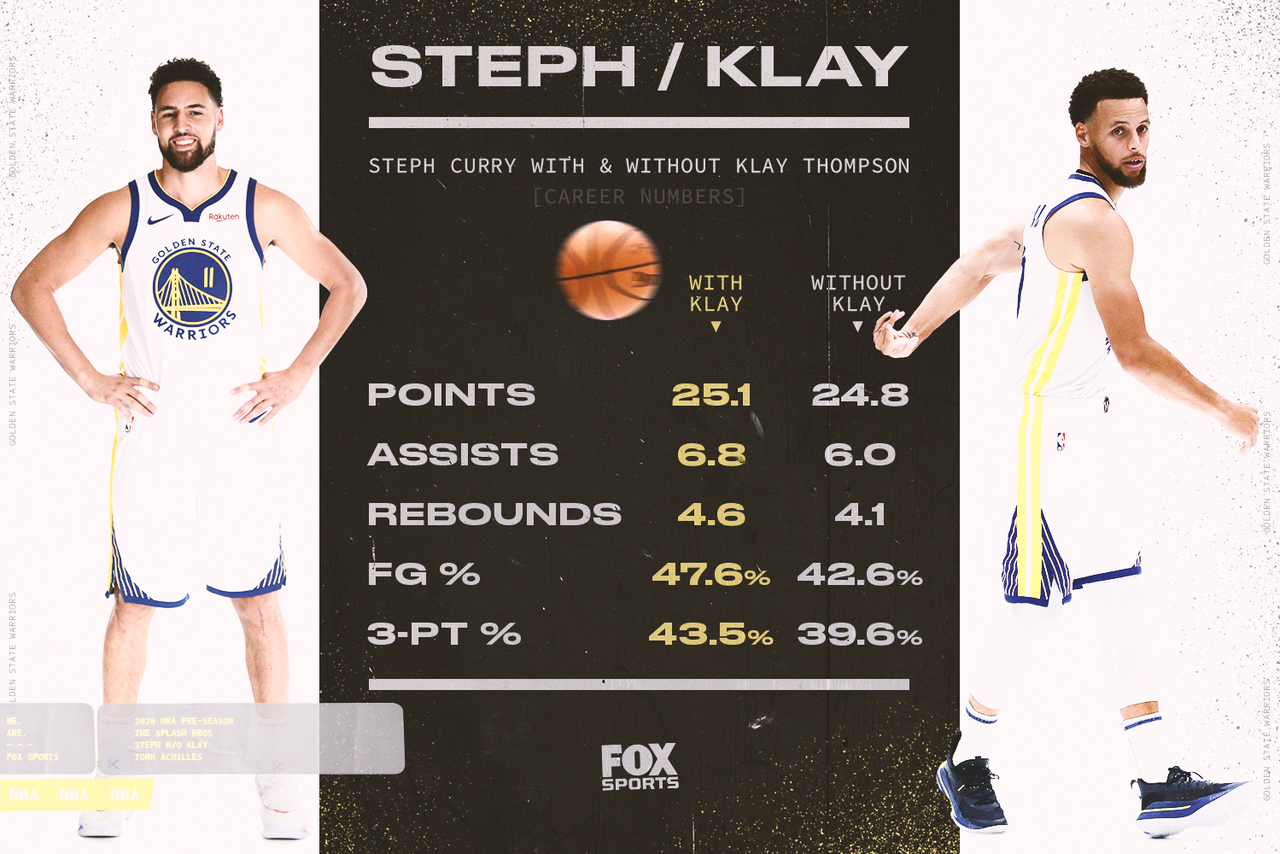 That means there's an awful lot of work to be done for Curry in Golden State – and it could all be for naught.

The uncertainty even has Nick Wright wondering if this could spell the beginning of the end.

Yet perhaps the Warriors can surprise this season. According to FOX Bet, Golden State still has the fifth shortest odds to win the 2020-21 NBA championship at +900, behind only the Lakers, Nets, Bucks and Clippers.

If so, it'll take a Herculean effort from their MVP.

Thompson Tears Achilles, Will Miss '21 Season
Klay Thompson is expected to miss the 2020-21 NBA season after tearing the Achilles in his right leg.
5 days ago

UPDATE: Klay Thompson Injury Confirmed
The Warriors star has suffered another catastrophic leg injury. Here's all the latest, including his status for the season.
5 days ago

Draymond Green Pays The Price
The NBA fined the Golden State Warriors forward for his Devin Booker comments, but he seems unfazed.
August 9
those were the latest stories
Want to see more?
View All Stories
Fox Sports™ and © 2020 Fox Media LLC and Fox Sports Interactive Media, LLC. All rights reserved. Use of this website (including any and all parts and components) constitutes your acceptance of these Terms of Use and Updated Privacy Policy. Advertising Choices. Do Not Sell my Personal Info