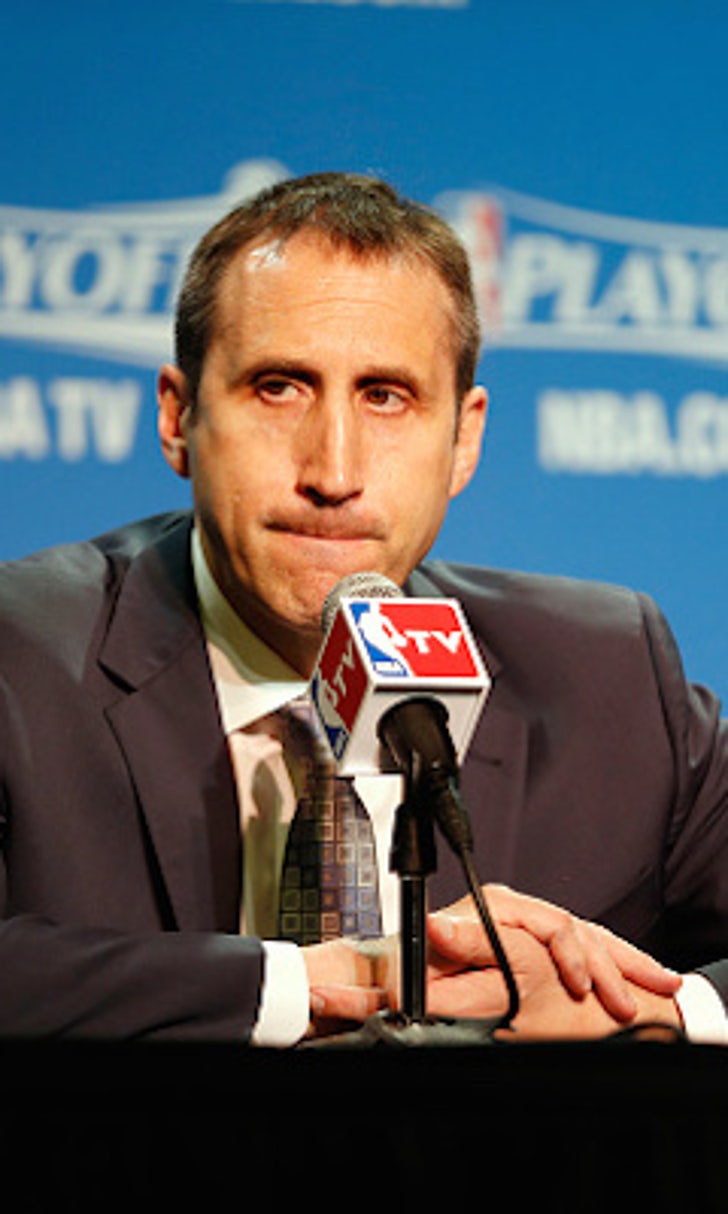 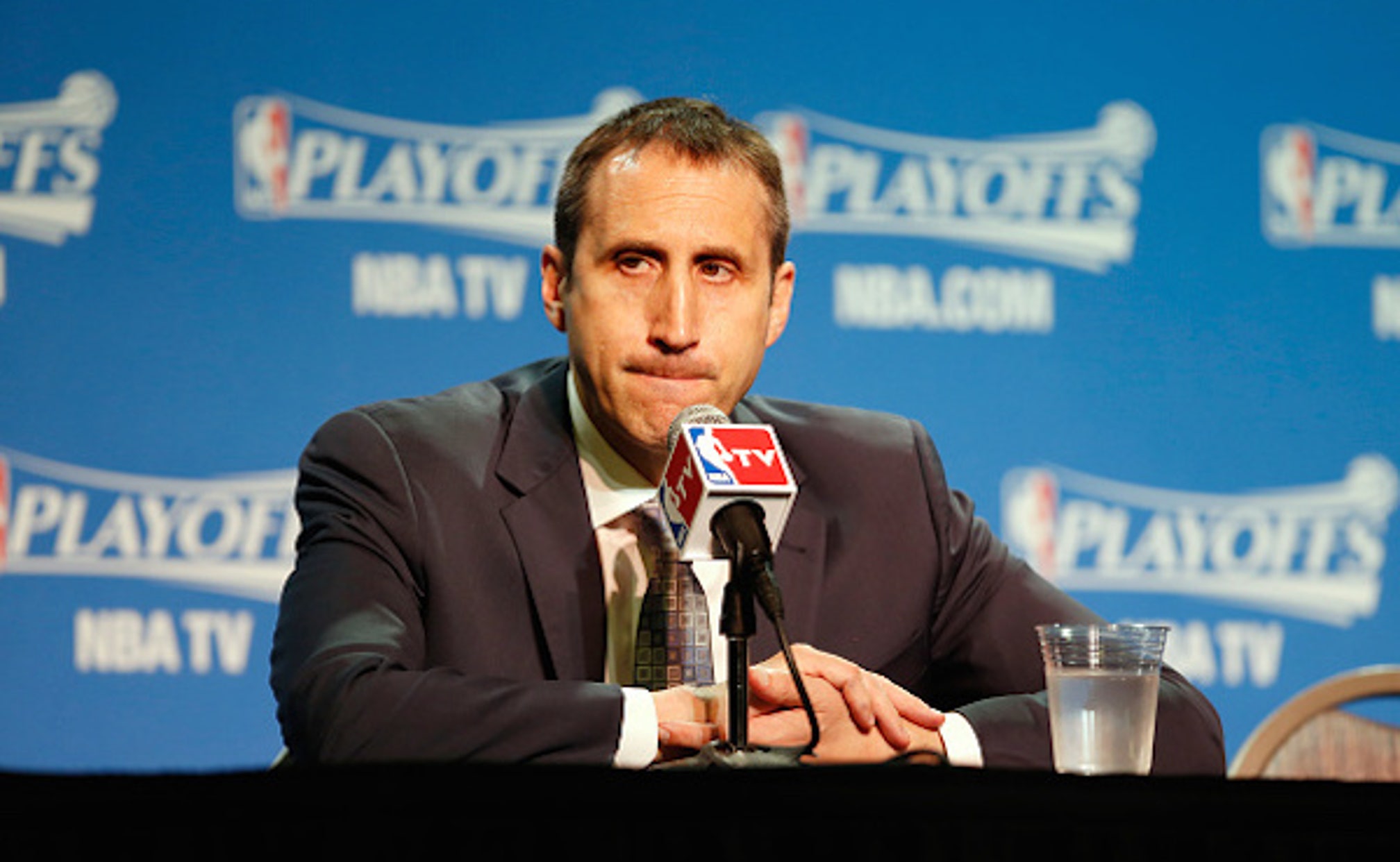 David Blatt has not changed public perceptions of himself 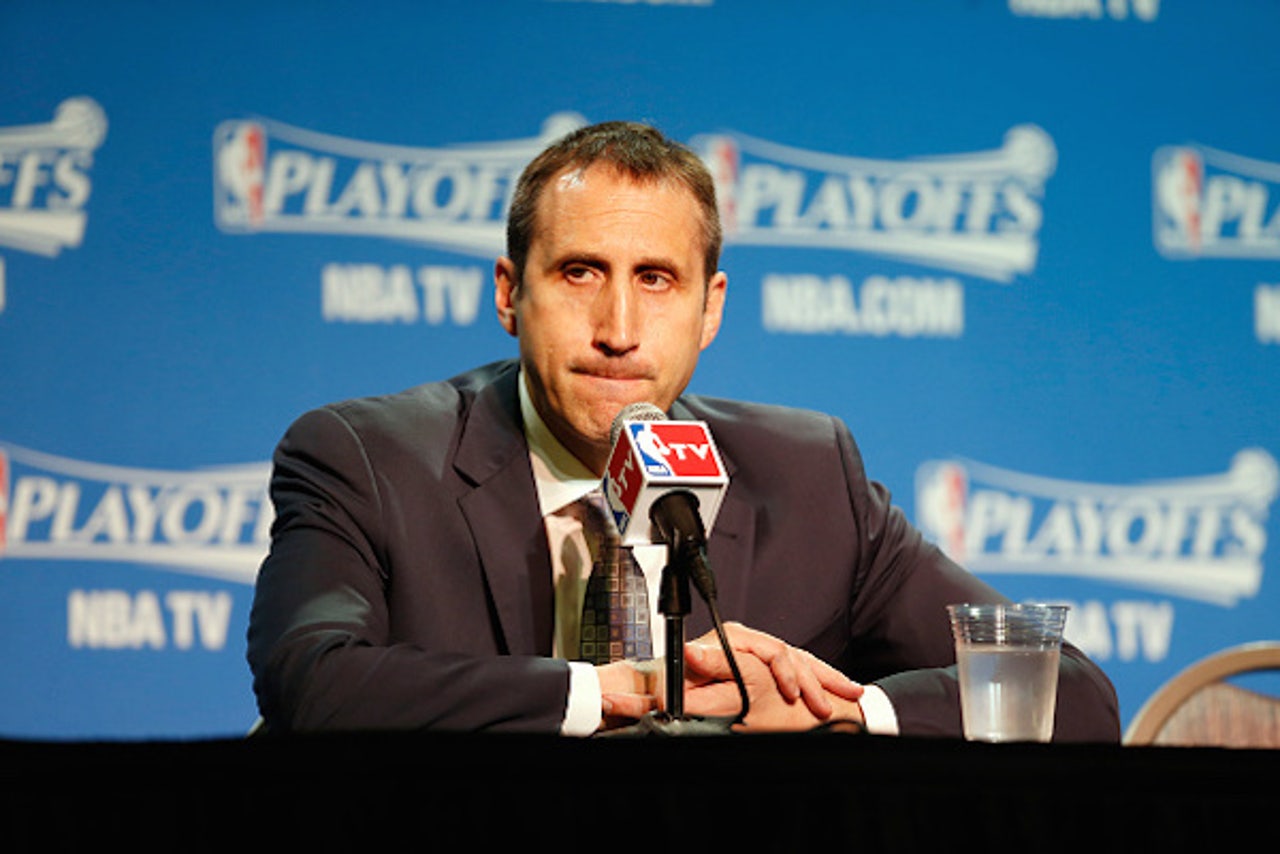 David Blatt came to the Cleveland Cavaliers before LeBron James decided he was coming back home. The former Princeton point guard was initially taking over what was presumed to be a young team, one that was still growing. Blatt originally took over a Cavaliers franchise that would have a fair and modest set of expectations surrounding it. Then James wrote aSports Illustrated piece about coming home, and that all changed.

Good for him, though, right? It isn’t every season that a first-year head coach gets the benefit of having an NBA title-ready roster. Sans Billy Donovan getting an OKC team with similar expectations for next year, as well as Blatt being gifted his team at the start of the 2014-15 season, it doesn’t happen very often.

However, with Cleveland trading away Andrew Wiggins for the now-injured Kevin Love, coupled with a young stud in Kyrie Irving quickly developing into a superstar and James coming home, the set of expectations on the shoulders of David Blatt went from “you got a few years, coach” to “OMG! Win it all or fear the wrath of a Marty Jannety rocker dropper!”

The season started, then progressed, and an idea of Blatt’s coaching identity began to form. Unfortunately for the well-traveled, former Israeli national team coach, the picture painted wasn’t too flattering. The word going around was that it wasn’t really Blatt’s team. Rather, it was Tyronn Lue running the shots on the sidelines and the players doing so on the hardwood.

It was so bad, so early, there were whispers that David Blatt would not make it through the season. He was going to be canned. However, because talent trumps almost everything else in the world — and midseason transactions for Timofey Mozgov and J.R. Smith paid big dividends — the Cavaliers started to win. They won a lot, actually. Blatt was able to not only survive his first year in the NBA; he started to excel in it.

Except, any excelling Cleveland did was not attributed to Blatt. Instead, perhaps rightfully so, all the credit was placed on the players’ shoulders. The NBA is a player-driven league, after all. The theory was now that the Cavaliers were winning in spite of Blatt, not because of him.

Time went by and the playoffs started, as they tend to do after 82 games. Kevin Love had his shoulder ripped from its socket in the Cavs’ first-round playoff series, and the expectations for the team changed yet again. Still, despite losing one of their key players and going into the second round against a Chicago team whose best player has fewer knees than a worm, everyone just assumed this series would be a toss-up — and, well, they have been right.

Regardless, all of that is so a few days ago. The roller-coaster of David Blatt’s perceptions, expectations, and emotions has been a major story throughout the season. Now, though, everything surrounding Blatt met at the same exact moment on Sunday afternoon. At the end of Game 4 — one in which those midseason acquisitions, Mozgov and Smith, bailed him out — Blatt attempted to call a timeout when the Cavaliers had none left, in the final moments of a game they would eventually win.

It was Lue, the assistant once rumored to be “actually in charge,” who had to help save Blatt from calling one of the worst timeouts this side of Chris Webber. Had the officials noticed Blatt attempting to call a timeout he didn’t have, the Bulls would have been granted a freebie at the line and the ball — all of which could have put the Cavaliers to slumber with a Game 4 “L” floating around in their dream clouds.

After the game, LeBron James talked about scrapping a play designed by Blatt. By itself that sounds rather awful, but that isn’t it. According to James, acknowledged by Blatt as well in the post-game presser, the coach had the best player in the NBA taking the ball out of bounds with just .8 seconds left on the clock.

I’m not a basketball coach, although that seems like a rather strange plan even to me. By having the best basketball player on the planet taking the ball out, essentially eliminating not only a chance of him attempting the last shot but the threat of it as well, would be like taking Tommy — the cool Green/White Ranger — out of the Power Rangers: It just doesn’t make sense, and certainly seems counterproductive.

The best of the best always has to be put in situations to succeed no matter the circumstances. Had coach Frank Couzo not used this philosophy in the now infamous 1989 Taekwondo tournament, the world of mixed martial arts would have never witnessed the courage, resolve, and awe inspiring performance of Alexander Grady. Not to mention that not only would the U.S. team be unlikely to win the gold, but the world-changing moment of the Koreans and Americans embracing out of respect would be as improbable as well.

After the game, much like the attempted timeout fiasco, Blatt admitted to drawing up the play. He also acknowledged it was James who scrapped the plan and told him to just give him the ball. Hindsight being our best friend, things seemed to have worked out well for Cleveland.

All is well for the Cavaliers — except not at all. On the big stage that was Game 4 of a Cleveland-Chicago game, perception met reality for David Blatt and all his detractors.

Why is this a big deal? Trust. It doesn’t exist anymore. Even if there was only a shred of it left after all the rumors coming out of Cleveland was a five-car-pileup of a partnership between Blatt and his players, now it is a five-car-pileup that was formed after its driver decided it was a good idea to drive through a red light while texting on his cell phone, and eating a sandwich from Arby’s.

LeBron James saved David Blatt by hitting his third career playoff buzzer-beater. Then he casually hurled him under the bus after the game. All of this leads to the assumption that the perception of Blatt as a coach without a clue is not only a reality, but one his players have grown tired of dealing with.

If the coach wants to continue to win in the playoffs and keep his job for the long haul, maybe he ought to stop thinking he is coaching overseas and realize he has been gifted something few others before him have — the best player in the world and a prodigiously talented roster to boot.

Blatt needs to channel his inner Frank Couzo, because it seem as if James has been doing his best Grady impression all season long. Otherwise he could find himself attempting fictional timeouts in places where few will actually care if he’s incompetent or not.

Russ, Wall Swapped in Blockbuster Trade
For the second time in less than two years, Russell Westbrook has been traded for another superstar point guard talent.
10 hours ago

Another One
LeBron James isn't shying away from talks of a repeat. But could an infusion of youth backfire for the Lakers?
19 hours ago

Lakers Extend LeBron Through 2023
The wins keep rolling for LA, as the Lakers signed LeBron James to a two-year extension on Wednesday, Melissa Rohlin reports.
19 hours ago