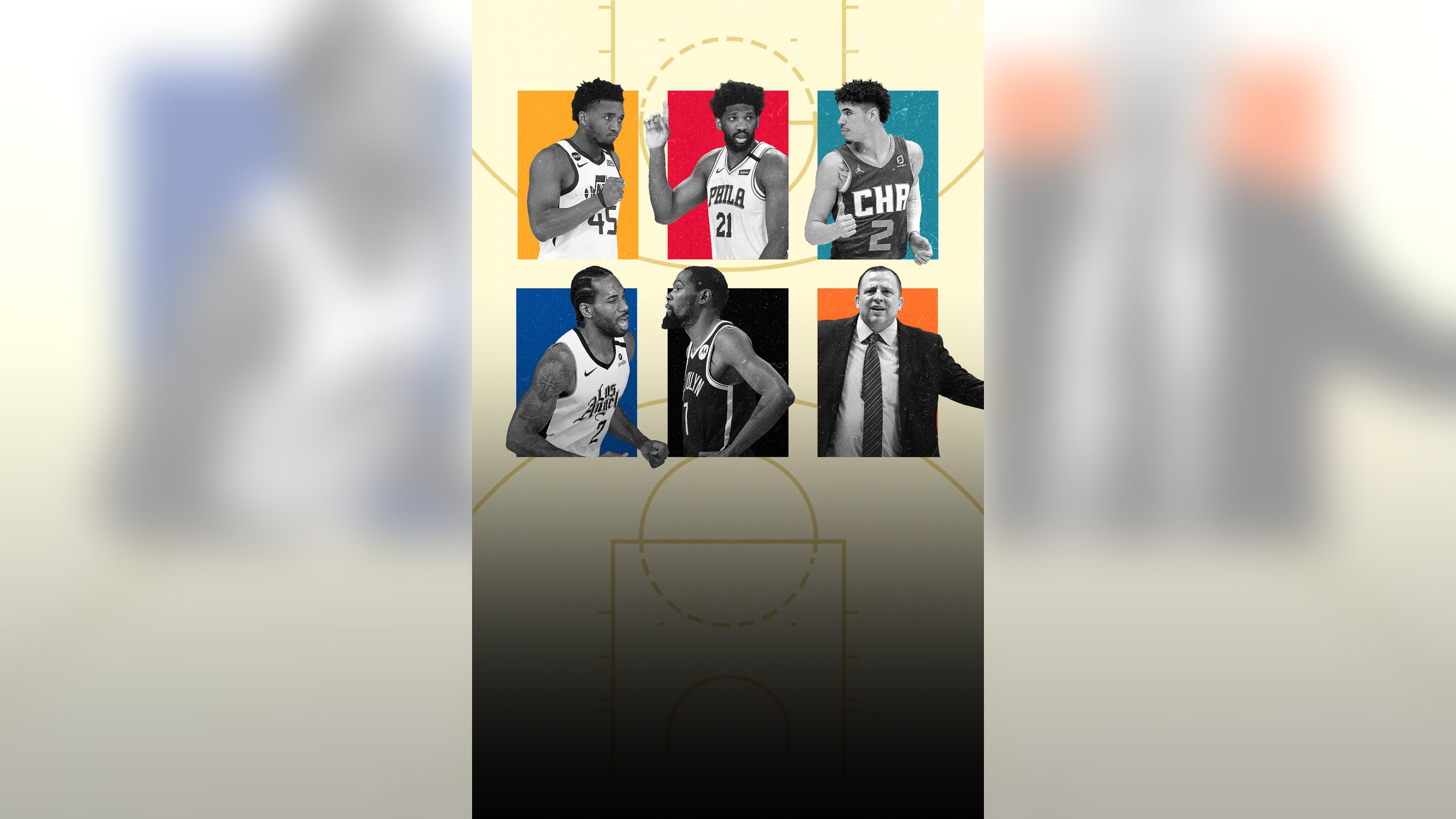 previous story
Why Super Bowl LV is a matchup of "Old School vs. New School"
next story
How Super Bowl Prop Bets Are Made
National Basketball Association

We're about a quarter of the way through the second consecutive COVID-19-shortened NBA season, and a few trends are beginning to take shape.

Let's dive into my answers on a few of the topics at the front of NBA fans' minds.

1. Utah is the hottest team in the NBA. Do you see the Jazz being real contenders at the end of the season?

The Jazz – Sunday night’s debacle in Denver notwithstanding – are playing great basketball. Defensively, they get after you and are one of the league’s top teams on that end of the floor, and offensively, they utilize the 3-pointer better than any other team in the NBA. They take more 3s than every team but Toronto and Portland, and they hit nearly 40% of them (they’re second in arc accuracy behind only the LA Clippers).

That said, I still think the Jazz are stuck as the third-best team in the West. Sure, we can call them contenders, but I’m taking both L.A. teams over them – now and in the playoffs. And I’m not sure the Jazz are better than the Nuggets, either.

2. Who are your top two MVP favorites and why?

The top two MVP candidates are very clear: Joel Embiid and LeBron James. And if the season ended today, my vote would go to Embiid. He’s playing the best ball of his career, his stats are prime Shaq-like, and he has led Philly to the best record in the East. I’d like to see him post up on the block (as opposed to the wing) a little more, but he is playing closer to the basket than ever, and his midrange J has become butter.

LeBron was my leader 10 days ago, so this thing can obviously change quickly. With Anthony Davis off to a slow start (by his standards), LeBron has carried the Lakers to one of the top records out West.

3. Brooklyn has won four of its past five and eight of 11. Since James Harden arrived, the Nets are 6-2 when he plays. Is that a sign that this thing is coming together nicely? Are you at all surprised?

I like Brooklyn. I picked the Nets to win the East. However, it is not coming together yet. They look great when any combination of two of their "Big 3" play; the question is what do they look like with all three of them? They have played only four games with Kevin Durant, Kyrie Irving and Harden on the floor. They are 3-1, but they have yet to beat a team with a winning record together, and most of the wins have been a struggle.

I’m disappointed in Steve Nash for sitting a superstar every now and then. These three need to play together and develop chemistry! Yes, Harden’s deference has helped smooth the transition offensively, but defensively, the Nets are a mess. Again, I think they’ll get it together eventually. Plus, they have roster spots and the $5.7 million disabled player exception to add role players. But it’s too early to say it’s coming together.

4. The Knicks are 9-13 but currently in the playoff hunt in the East. Do you like this team? Will New York end its seven-year playoff drought this season?

I can’t say "I like this team’’ because I like contenders! But for what they are – an under-talented squad with absolutely no chance of making any postseason noise – the Knicks are playing well. They defend well and play hard, as you would expect of a Tom Thibodeau team. Their problem is on the other end, where only Julius Randle can consistently make plays for others, and from the arc, they’re the anti-Jazz, dead last in 3-pointers made.

As for the playoffs, the new play-in tournament that gives 10 teams in each conference a chance to reach the postseason bodes well for the Knicks. Although they’re far from a lock for the top 10 in the East, they’ve certainly got a legitimate shot.

5. Which is the better team today: Lakers or Clippers?

Well, my pick to win it all is the Lakers, so I’m sticking with them. They play well together, they defend at a high level, and of course, they’ve got LeBron. I expected AD to take it to another level after winning his first ring, but instead, he has regressed. I think he’ll grow stronger as the season goes on, though.

I’m not mad at those saying the Clippers are the top team in the league because they’re playing great ball behind a top-10 defense, the best 3-point shooting in the league, a rejuvenated Paul George and a Kawhi Leonard who seems to have undergone the needed attitude adjustment. Ty Lue has done a terrific job.

I don’t think anyone expected Miami and Toronto to get off to such poor starts. I don’t see Toronto bouncing back, but Miami has been depleted by injuries, so the Heat could still make a run to the playoffs once healthy. They are not contenders, though. They took advantage of the Bubble, good for them, but it was a mirage and will not happen again.

Dallas’ fall is stunning, too. Individually, I have to give Christian Wood major props for putting up All-Star numbers in Houston, and I did not expect LaMelo Ball to play this well. He looks like a future star, which would be just what the doctor ordered in Charlotte.

The King Chameleon
LeBron James has a skill that puts him above anyone to ever play in the NBA, the talent for adaptability, writes Melissa Rohlin.
12 hours ago

Time for a new logo?
Kyrie Irving believes that the NBA logo should be changed to an image of Kobe Bryant. Is there merit to that argument?
15 hours ago