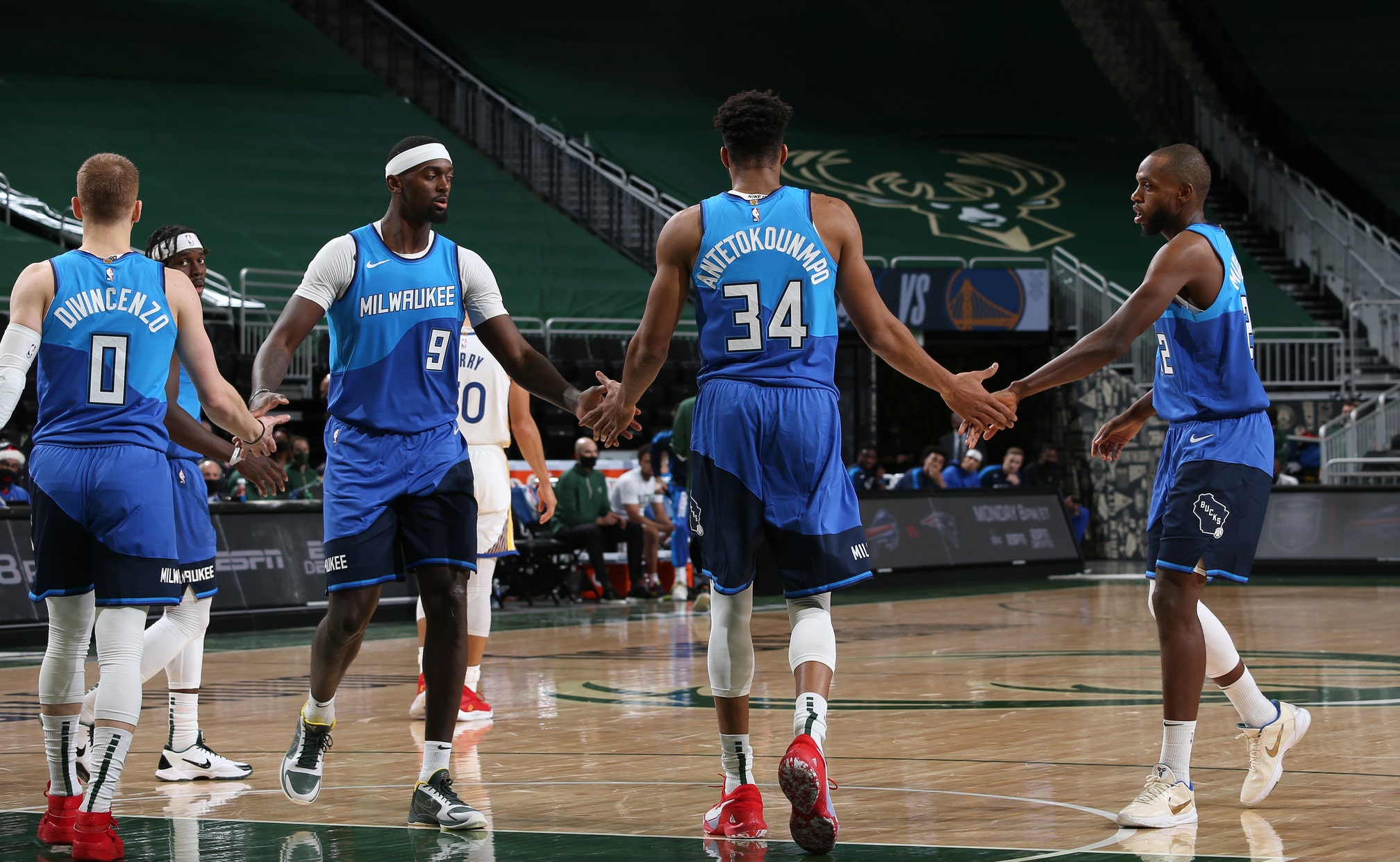 Last year was meant to be a rebuilding year for Golden State.

And it appears this year will be the same thing.

The Milwaukee Bucks routed the Golden State Warriors, securing their first win of the season and handing the Warriors their second straight embarassing defeat.

Here are the key takeaways from Bucks-Warriors.

Khris Middleton has spent a majority of his career living in the shadow of Giannis Antetokounmpo, even though he's been an All-Star the past two seasons.

However, through two games this season, Middleton has made his presence felt in a major way for the Bucks.

After registering 27 points, 14 rebouds and eight assists against the Boston Celtics on Wednesday, Middleton followed it up with 31 points and six three-pointers in only three quarters of play against the Warriors.

On a day where Antetokounmpo only made four field goal attempts and scored just 15 points, the hot shooting of Middleton carried the Bucks to a dominant Christmas win, and Middleton has so far looked like the second superstar that Giannis needs to challenge for an NBA title.

Stephen Curry's status as the greatest shooter of all-time is seldom disputed at this point in his career.

But with that, every off-shooting-night becomes a major storyline, and through two games, Curry is shooting just 4-of-20 from three-point range, having gone 2-for-10 in each of the Warriors' first two games this season.

Curry still finished the day as Golden State's leading scorer with 19 points, but right behind him was rookie center James Wiseman, who scored 18 points, and added in eight rebounds and three blocks.

Through two games, Wiseman is averaging 18.5 points and seven rebounds in 24.5 minutes, and shooting 49.7 percent from the field.

So far, Wiseman has served as a glimmer of hope in what looks like it will be an otherwise trying season for the Warriors.

The Warriors didn't just lose on Wednesday and Friday.

Check out the numbers from their first two defeats, which have come by a combined 65 points.