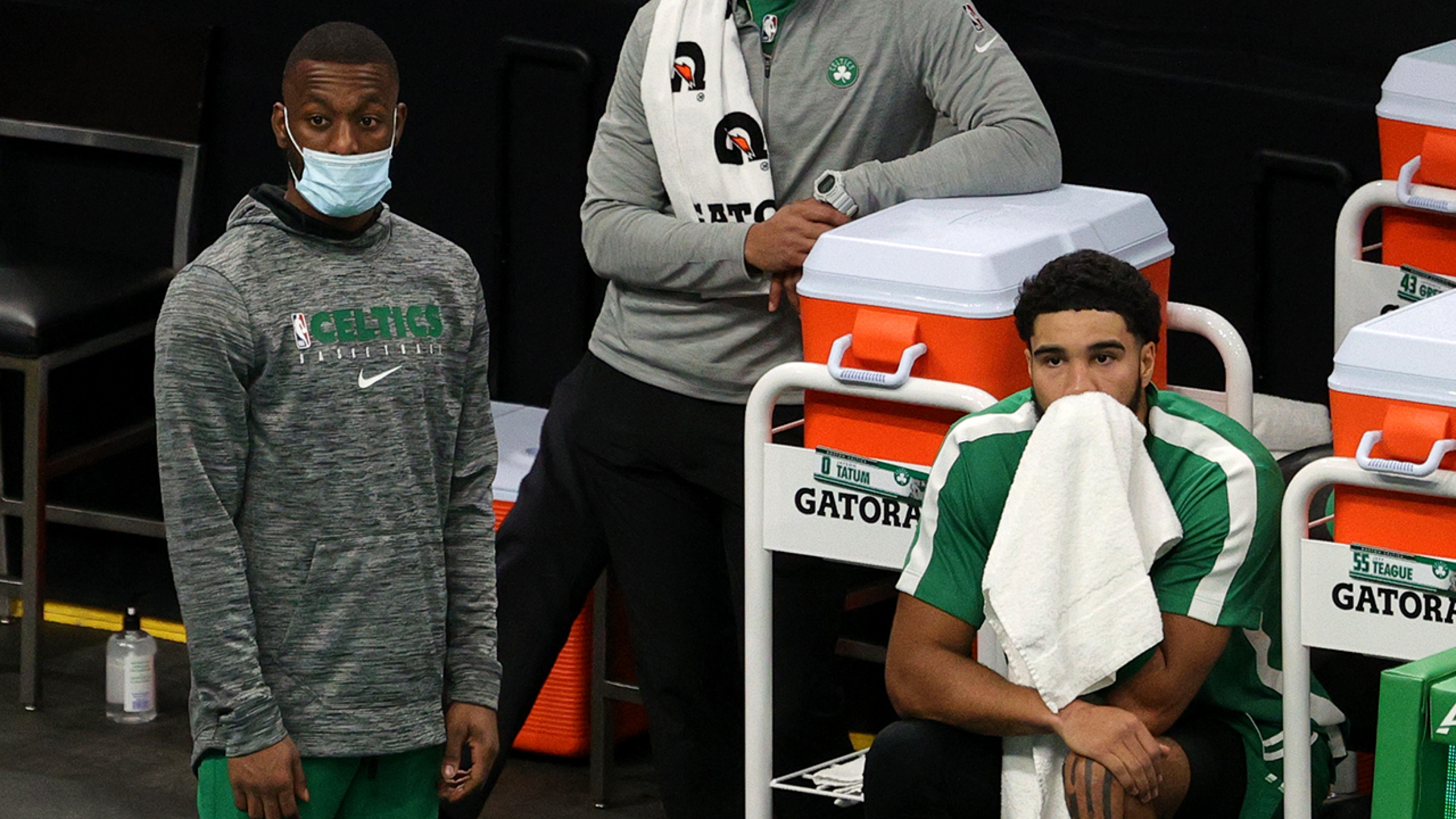 The Boston Celtics are struggling to stay above water. What has gone wrong?

As the NBA's All-Star break approaches, one of the Eastern Conference's traditionally elite teams is struggling.

Thirty games into the season, the Boston Celtics find themselves in sixth place, at 15-15, just one year after they made the Eastern Conference finals.

The Celtics have won just five of their past 14 games, and they appear to have finally hit rock-bottom on the season after blowing a 24-point lead in a 120-115 overtime loss to the New Orleans Pelicans. At least, they hope it's rock-bottom.

The loss to the Pelicans, the team's sixth-place standing and the lack of aggressiveness in the trade market prompted Colin Cowherd to proclaim the Celtics to be just an average NBA team, despite their recent track record, which includes three conference finals appearances in the past four seasons.

"Their roster doesn't have a legitimate big, Kemba Walker is deteriorating physically, and they don't have enough good players," Cowherd said.

The Celtics were without Walker, their starting point guard, for their first 11 games of the season because of a stem cell injection in his left knee.

Getting the All-Star point guard back into the lineup should've brought a boost for the Celtics, who were 8-3 in those 11 games. But as Kevin O'Connor of The Ringer explained, it has meant the exact opposite.

"Since Kemba Walker returned on Jan. 17, the Celtics are 7-12 overall and 6-9 when he plays. For all the talk about the big moves Ainge needs to make, it won’t matter unless the Celtics’ former All-Star starts playing like one.

"Walker returned midseason from a knee injury that’s bothered him since last February, and he has been a disaster aside from a handful of solid performances. What’s odd is Walker still has burst off the dribble. He said his struggles are all mental. That’s worrisome considering how important he is to the team. In Boston’s loss to New Orleans, Walker missed eight of nine shots in the final eight minutes and overtime. The Celtics need to get something from him in clutch moments that he hasn’t provided this season."

So far this season, Walker has struggled to find his footing, shooting just 37.1% from the field and 34.8% from 3-point range. But attributing the team's 6-9 record with him in the lineup solely to his subpar play would be unfair.

The Celtics have also been without starting shooting guard Marcus Smart for the past 12 games because of a calf strain, and he is expected to miss the next six before the All-Star break. That will bring his total number of missed games during the first half of the season to 19.

Then there is the case of Jayson Tatum.

His stats paint the picture of a player who is likely headed to his second consecutive All-Star Game, with averages of 26 points, 7.1 rebounds and 4.6 assists, all of which are career highs. But it has been a struggle for the third-year forward since his return from a six-game absence due to COVID-19.

But even with the injuries and absences, Stephen A. Smith thinks the presences of Tatum and Jaylen Brown should be enough to get the Celtics above .500, which he detailed on "First Take."

Despite their struggles this season, the Celtics sit just 2.5 games behind the Milwaukee Bucks for third in the East.

There is still time to right the ship, but the clock is ticking in Boston.