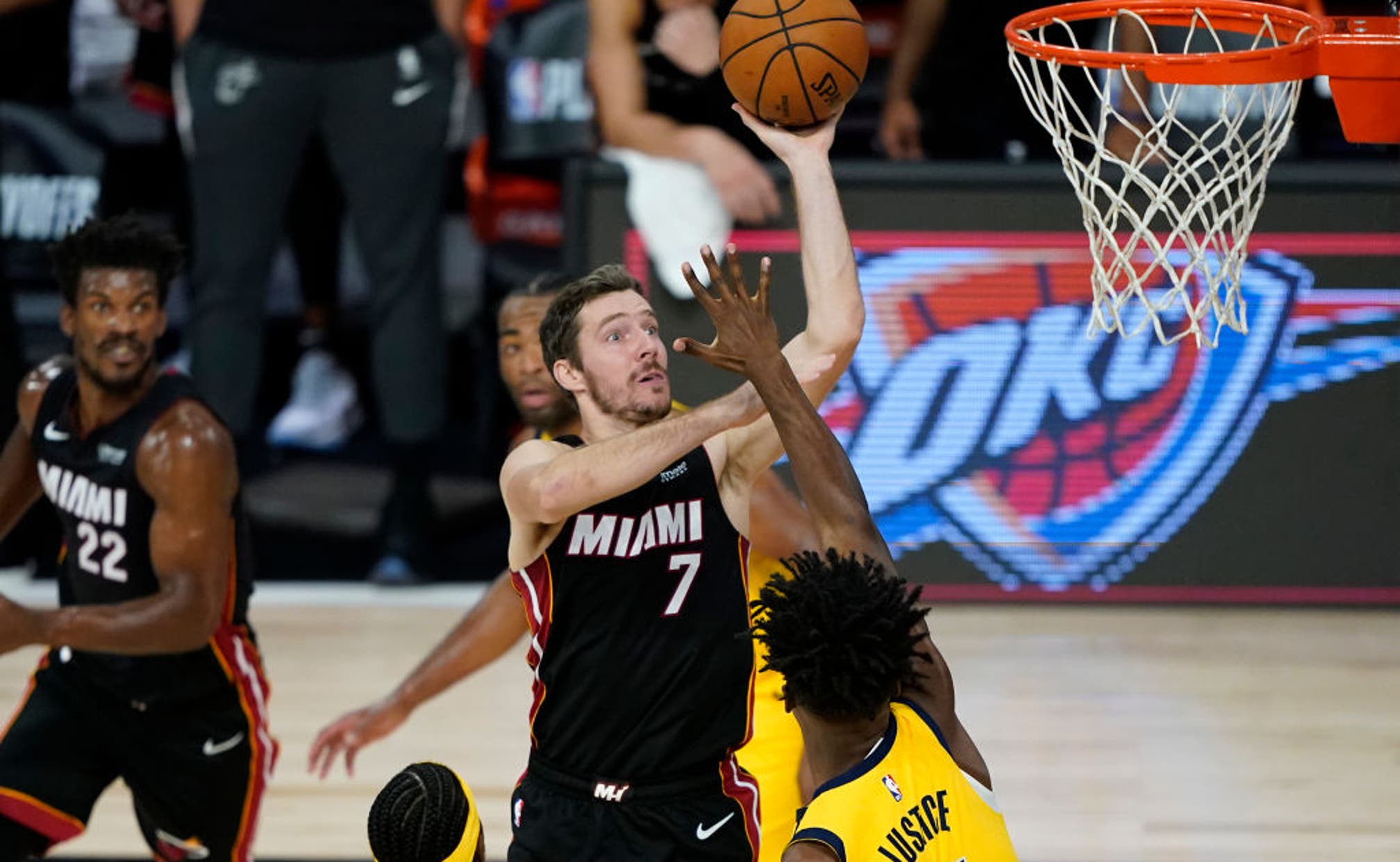 The 5th-seeded Miami Heat jumped out to a 2-0 series lead over the 4th-seeded Indiana Pacers on Thursday behind a barrage of threes from Duncan Robinson.

Here are the key takeaways from Thursday's Game 2:

The biggest disappointment of the day? When Miami forward Duncan Robinson missed a three.

Robinson was 7-for-7 from deep before he missed his first three-pointer, finishing the game 7-for-8 from beyond the arc.

He did not attempt a two-pointer on Thursday, instead adding three free throws to his hot shooting night to finish as the game's leading scorer with 24 points.

Miami and Indiana have faced off six times this season, with the Heat emerging victorious five times.

On Aug. 10, Indiana fell to Miami once again, 114-92, this time in the NBA bubble, and this week, the Heat have defeated the Pacers twice to take a 2-0 lead in their first round series, despite Indiana being the higher seed.

The Pacers' lone win over the Heat came on Aug. 14 – both teams' final game in bubble seeding play.

Jimmy Butler, Bam Adebayo, Victor Oladipo, T.J. Warren and others did not play in the game.

3. Has T.J. Warren officially cooled off?

His performance earned him a spot on the All-Bubble First Team.

But in his past three outings, Warren has scored 12, 22 and 14, respectively, and each of those outings has resulted in a loss to the Heat.

In Thursday's loss, Warren failed to connect on a three for the first time in Orlando, going 0-for-5 from deep.