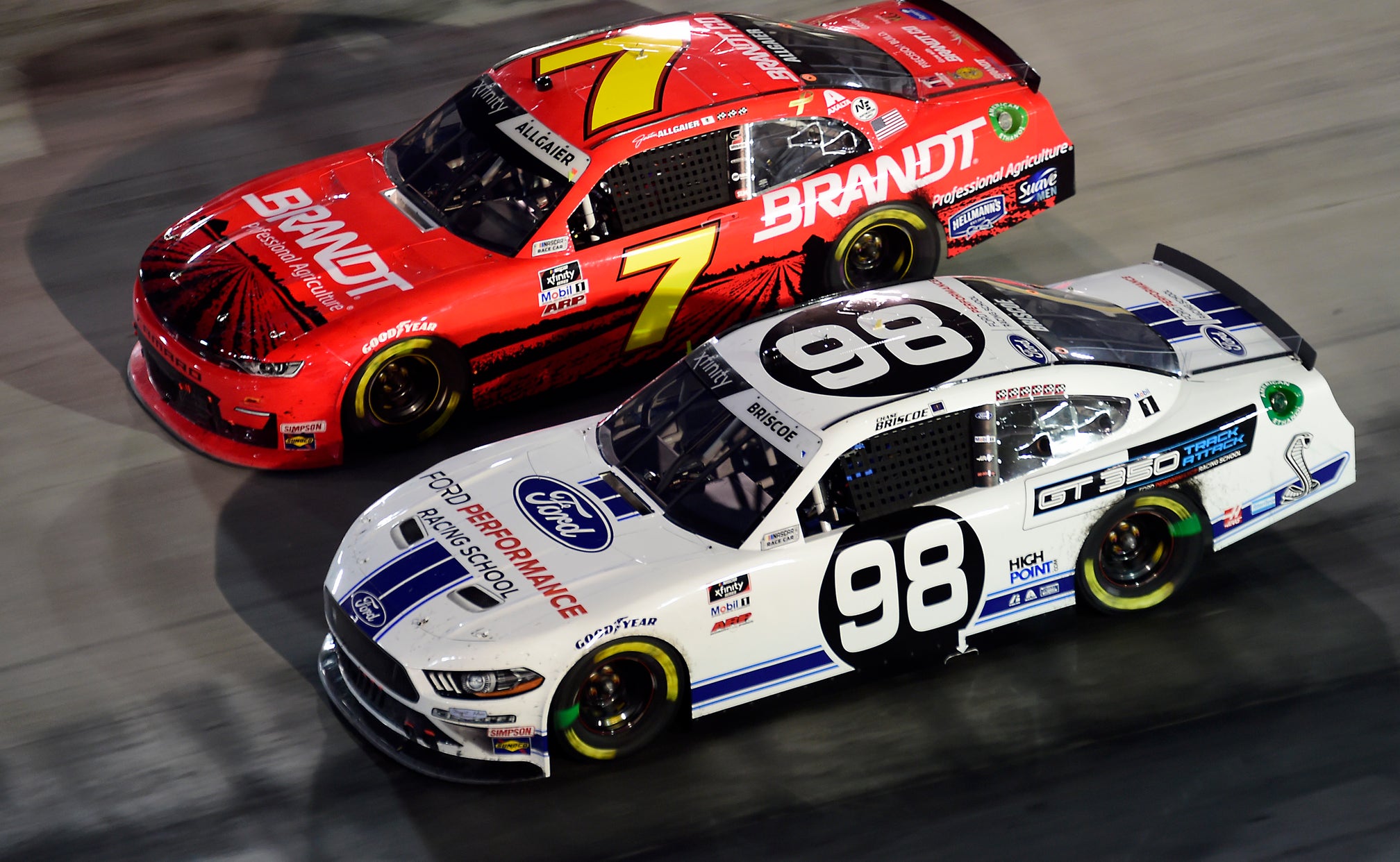 Chase Briscoe and Austin Cindric have combined for 12 victories this year in the Xfinity series, making a case that they should get a serious look for a ride in the NASCAR Cup Series.

Those are two prospects a race fan might know depending on how much one follows NASCAR’s two national series that serve in some ways as stepping stones to Cup. Ross Chastain, who has Cup experience and is running the Xfinity Series this year, already has been named the full-time driver of the Chip Ganassi Racing No. 42 Cup car for 2021.

Briscoe, Cindric and Chastain are certainly three to watch. But who else? And who knows when they are ready?

The NASCAR Xfinity Series playoffs begin Saturday at Las Vegas Motor Speedway, while the NASCAR Truck Series drivers will compete in their second playoff race Friday night to start the weekend, which culminates with the Cup race Sunday. It's in these races, especially the ones leading up to the championship in November, where fans get an idea of who could race in Cup.

Justin Haley, who won a Cup race at Daytona in 2019 for Spire Motorsports, is a candidate for one of that organization’s two full-time Cup rides. He has two wins in Xfinity this year but still no signed plans for 2021.

“The whole silly season thing has been confusing up to this point. … I’m not sure where I stand right now,” Haley said. “I don’t think I really have a lot of options. … I’m sure something will come eventually. That’s what you tell yourself. I’m just trying to win races right now."

Brandon Jones has three wins and potentially brings sponsorship. Two other young drivers with multiple wins are expected to be back in the Xfinity Series next year – Noah Gragson, who already has committed to returning to JR Motorsports, and Harrison Burton with Joe Gibbs Racing.

Maybe the best driver to analyze for Cup is Justin Allgaier, the 34-year-old driver who has two years of Cup experience and has competed in the Xfinity Series for the last several years.

“I don’t know that you’re ever ready,” Allgaier said. “It’s very circumstantial. We have seen a lot of guys make that transition, expectations were high and they didn’t meet those expectations.

“We’ve seen other guys that have made the transition and everybody says, ‘That’s a terrible idea. Why would you ever think that would be a great plan?’ And that driver goes in and exceeds expectation.”

Chastain echoed that he still doesn’t feel ready for the Ganassi ride despite all his experience. Expected to drive for Ganassi in Xfinity in 2019 with an eye on a Cup ride in the future, Chastain found out he was without a ride for 2019 a month before the season after a federal fraud investigation on D.C. Solar forced the sponsorship to collapse.

Just like any person vying for a job, the drivers know that employers talk to other candidates, and just have to hope they’ve done enough to have their names called.

“I know and knew they were running down other paths, but they were still running down mine as well – they’ve been trying ever since 2018,” Chastain said. “I get it. It’s a business. But they chose me.”

Of all the prospects who hope to be in Cup next year, only Chastain has his position solidified. Briscoe is accustomed to not knowing in September what he’ll be doing the following year. But he thinks he will handle that uncertainty better this year.

“Last year, I’d only won one race, so I’m not that pretty girl at the dance that everybody wants,” Briscoe said. “Now that I’ve won seven races, I’m a lot more wanted in the sport, so it’s totally different.”

Cindric, whose father is president of Team Penske, indicated last month that he is looking at other Cup teams if he doesn’t get a Penske opportunity. For Cindric or Briscoe to get a shot at their current organizations, drivers Clint Bowyer (at Stewart-Haas Racing, where Briscoe races) or Matt DiBenedetto (Team Penske affiliate Wood Brothers Racing driver) would have to be released.

“I’ve been around this sport for a long time. Absolutely nothing is guaranteed, so my hard work is what I put first and foremost when I get up in the morning and I figure out what I need to do to make myself a better race-car driver, whether if that’s next year or this year,” Cindric said.

“That’s where my head has been at and I’ve had plenty to do.”

None of these Xfinity playoff drivers have won a championship. The trucks do have one former champion – Brett Moffitt – who still eyes a future Cup ride. He was the 2015 Cup Rookie of the Year driving for Michael Waltrip Racing and Front Row Motorsports.

“Every time I strap in a car, whether it’s an Xfinity car or a truck, it’s an opportunity to sell yourself to a Cup team,” Moffitt said.

“Showing that you can manage a playoff situation, the high-pressure situation of racing for a championship and coming out on top, ultimately goes a long way.”

When looking at drivers in the trucks, those under age 27 who have compiled wins this year include Sheldon Creed (three wins), Zane Smith (two), Ben Rhodes (one) and Austin Hill (one). Christian Eckes, Todd Gilliland and Derek Kraus — all born in 2000 or 2001 — have been heralded prospects (Kraus just missed the playoffs and is 11th in the standings).

Another driver to watch is 17-year-old Sam Mayer, who won the race last week at Bristol. He will move to the Xfinity Series next June when he turns 18 and drive for JR Motorsports, where he has previous experience driving late models.

Allgaier cautions young drivers from making the jump just to make the jump.

“Unless you can go into that right opportunity [and] you know what you’re getting yourself into, sometimes it’s not always the right decision,” Allgaier said.

“Just because you want to get to Cup doesn’t mean it is the right plan.”

The four drivers eliminated in the Round of 16 scored a combined six stage points – all by William Byron.

“We’re taking a risk not knowing the whole landscape of things. My passion is driving me more than the numbers.” – Michael Jordan on owning a race team with Denny Hamlin 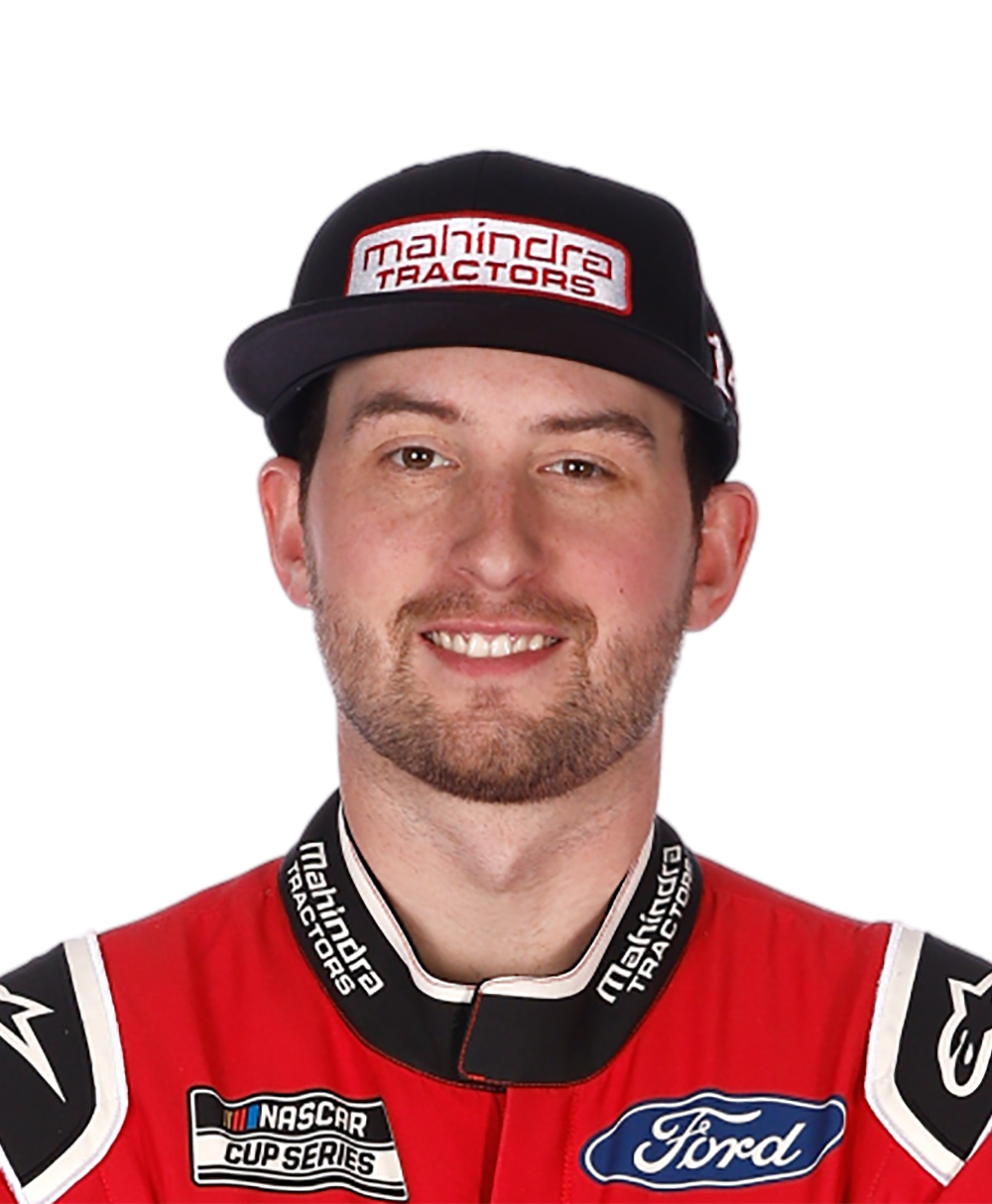 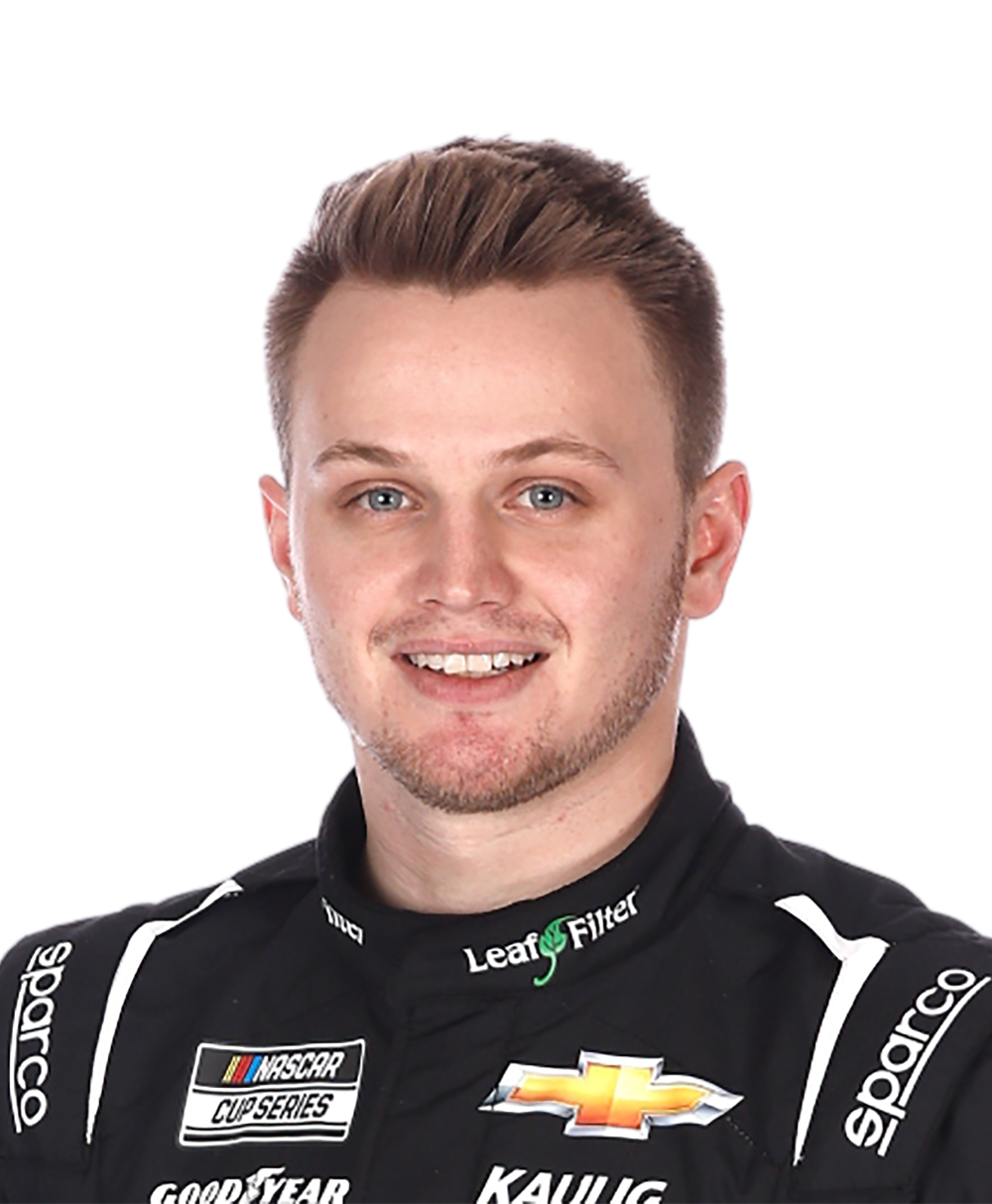 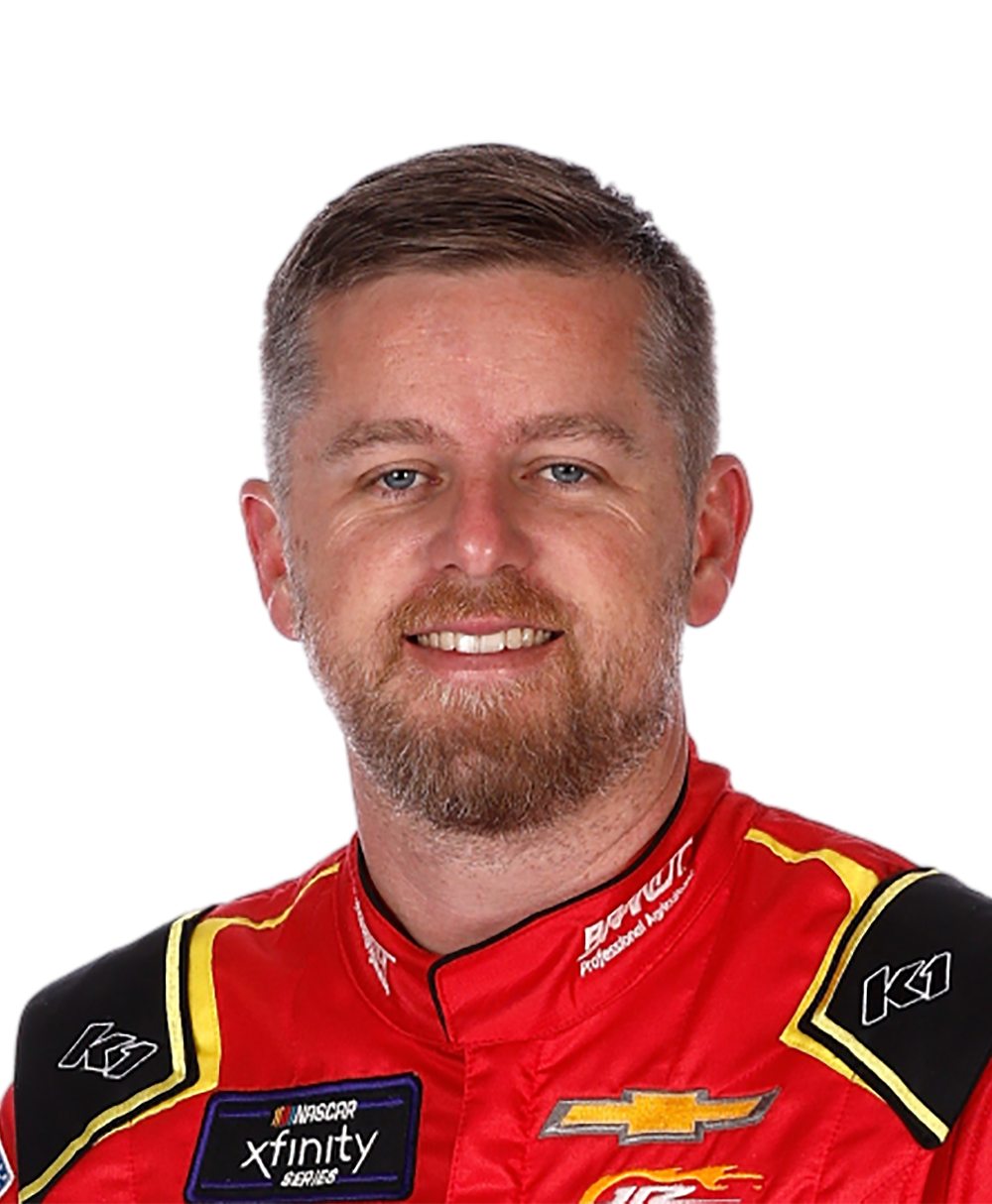