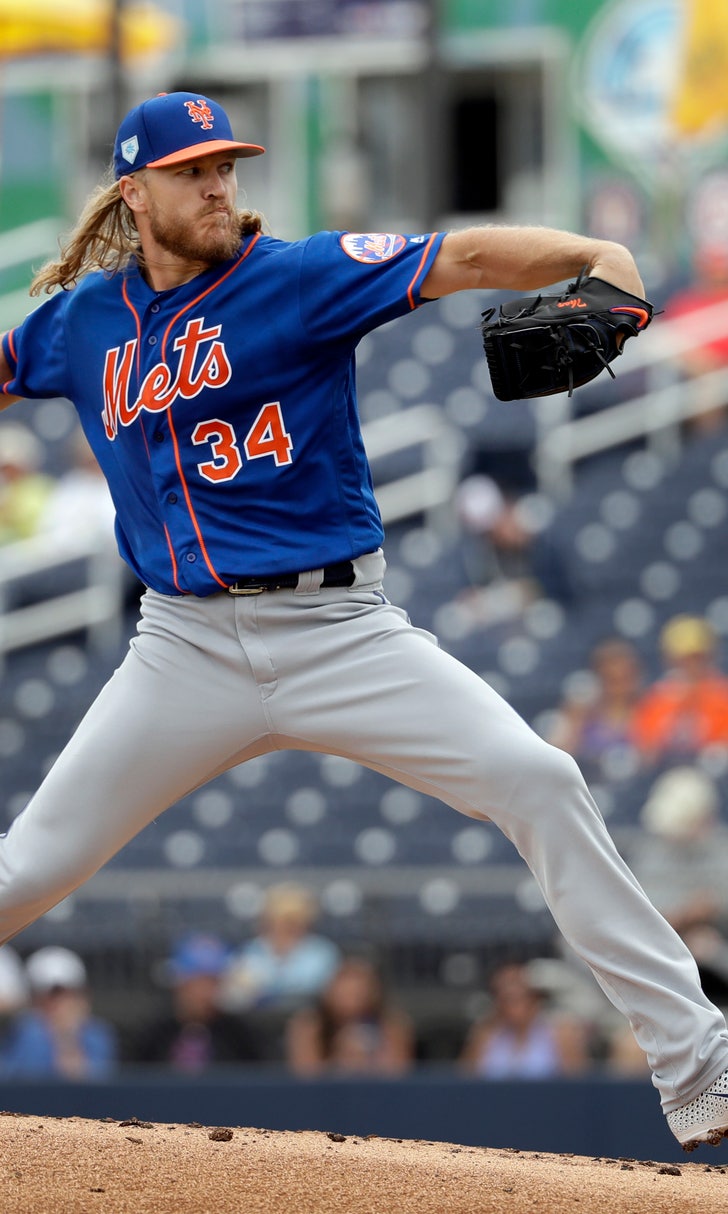 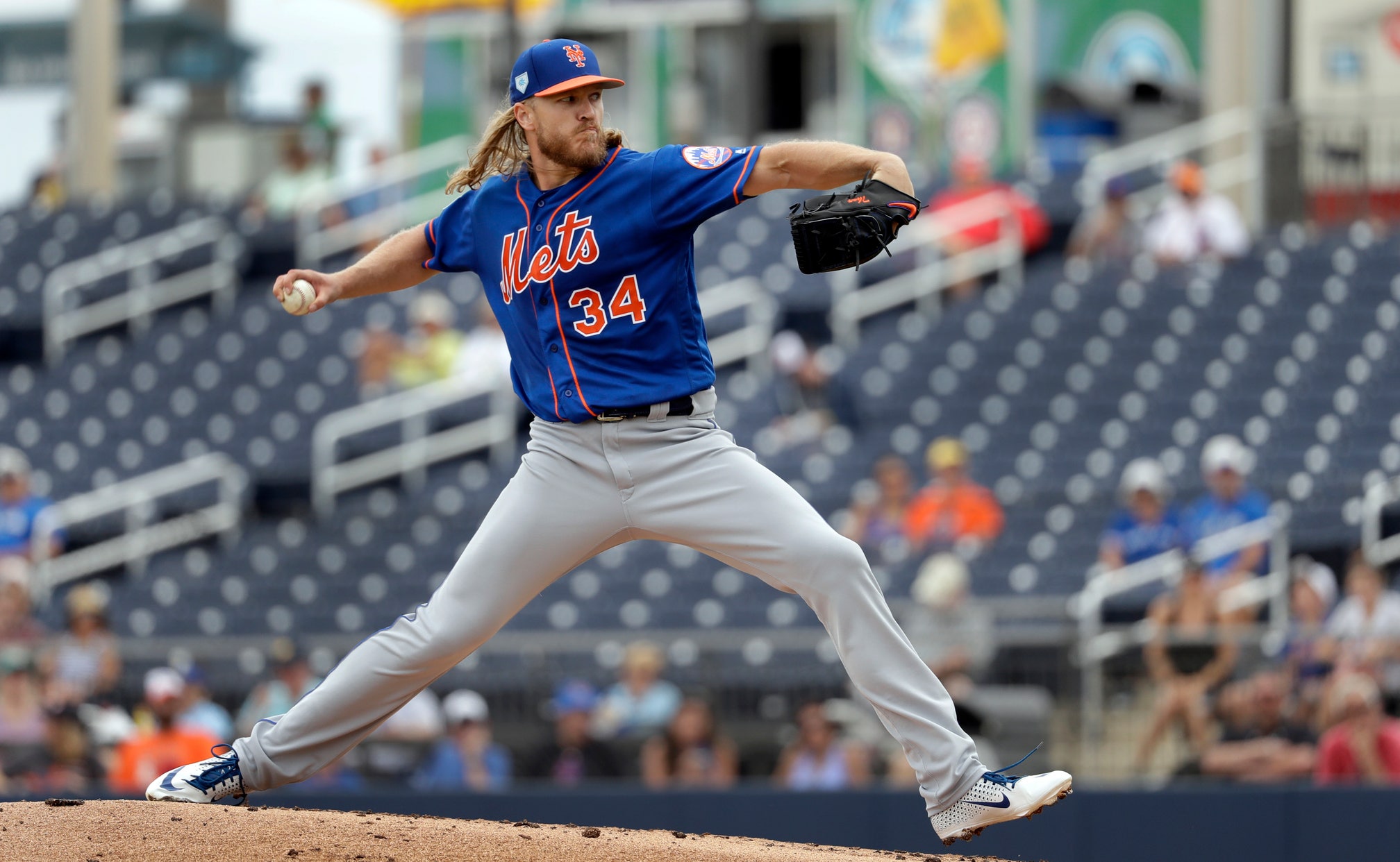 Verlander pitched two perfect innings on a cloudy and blustery afternoon, striking out one and getting five fly-ball outs. Reaching 96 mph, Verlander threw 20 of 25 pitches for strikes Monday, concentrating on his changeup and pitching inside to right-handed batters. The 2011 AL MVP was happy with four of his seven changeups.

Syndergaard opened with three consecutive 98 mph fastballs and allowed first-inning hits to George Springer and Josh Reddick. Syndergaard struck out the final two hitters of his two-inning outing, including Robinson Chirinos on a 99 mph fastball.

"It felt really good," said Syndergaard, who's missed significant time during the past two seasons because of injuries. "It felt like my arm strength was free and easy. It's encouraging to see some swing and misses on my four-seam fastball up in the zone."

Syndergaard mixed change-ups and sliders with four-seam fastballs, throwing 18 of 23 pitches for strikes. He purposely elected not to throw a curveball, saving it for later games.

He's concentrating more on his four-seam fastball than his two-seamer, which often was too much over the plate last season.

"I just kind of fell in love with it because it's an artsy pitch," Syndergaard said of the two-seamer. "It's cool to throw, especially when you can harness it and throw it the right way."

Altuve flied out and popped up. Struggling through a late-season knee injury that required offseason surgery, the 2017 MVP only hit .316 last season, recording 169 hits - the first time in five years he didn't lead the American League in that category.

"It was good to get back on the field," Altuve said. "Not pretty good results for me today, but I'm happy to have my first two at-bats for the spring."