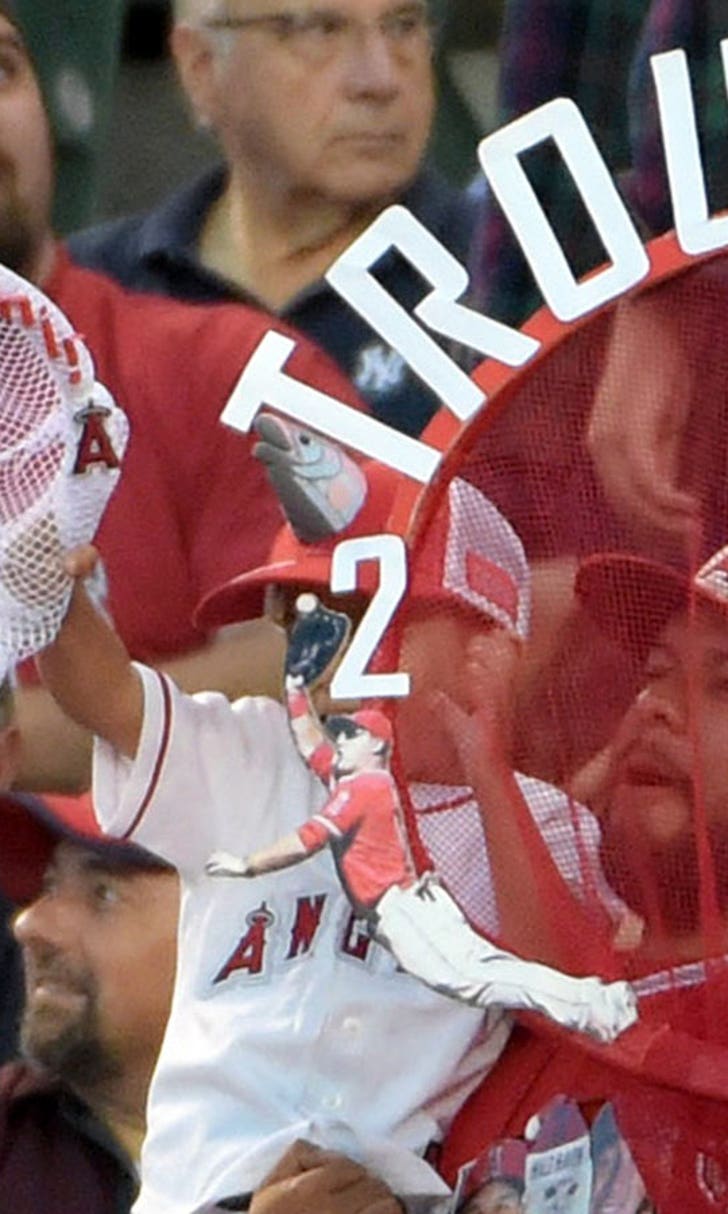 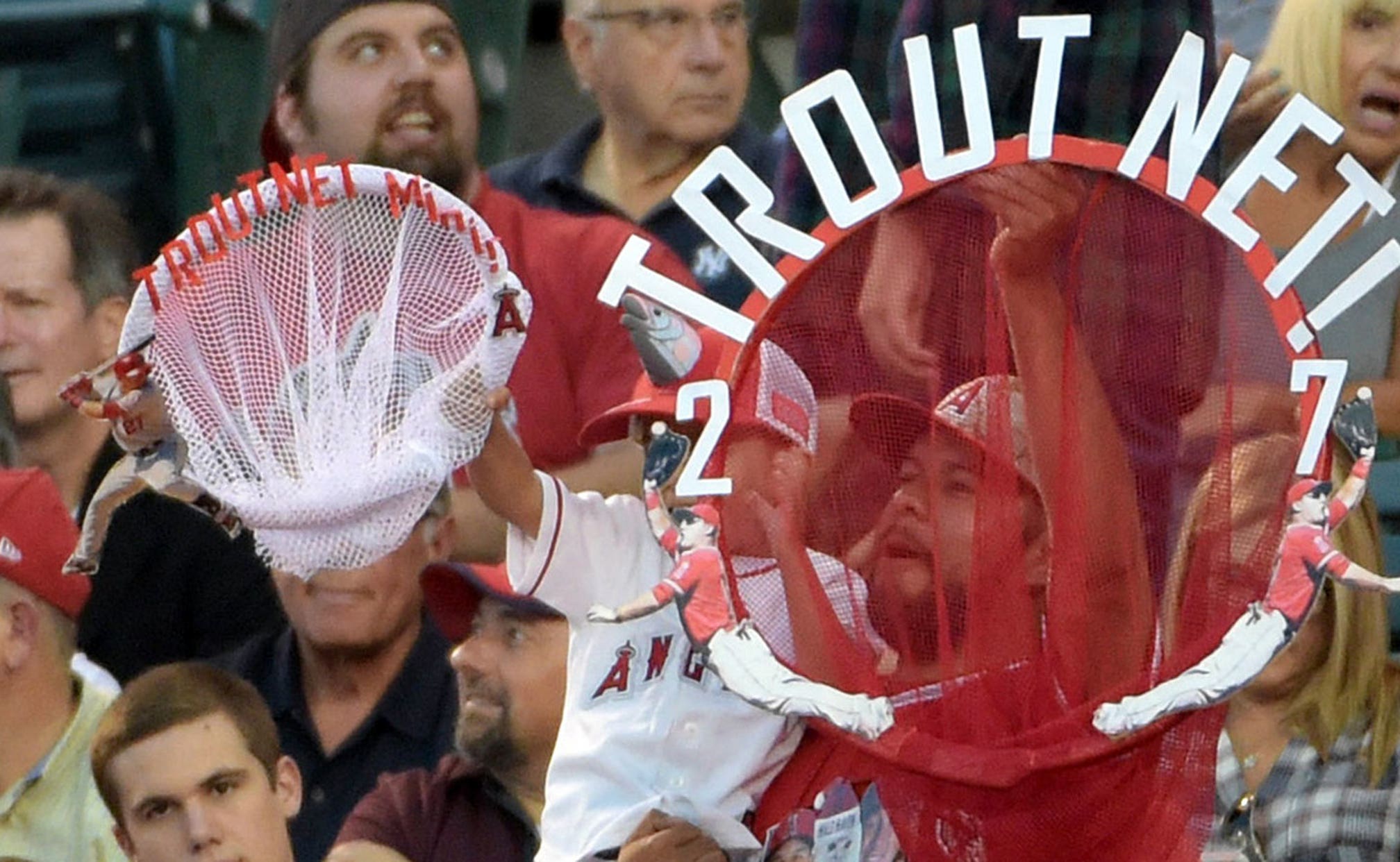 Trout meets up with 'Trout Net' owners at Angel Stadium 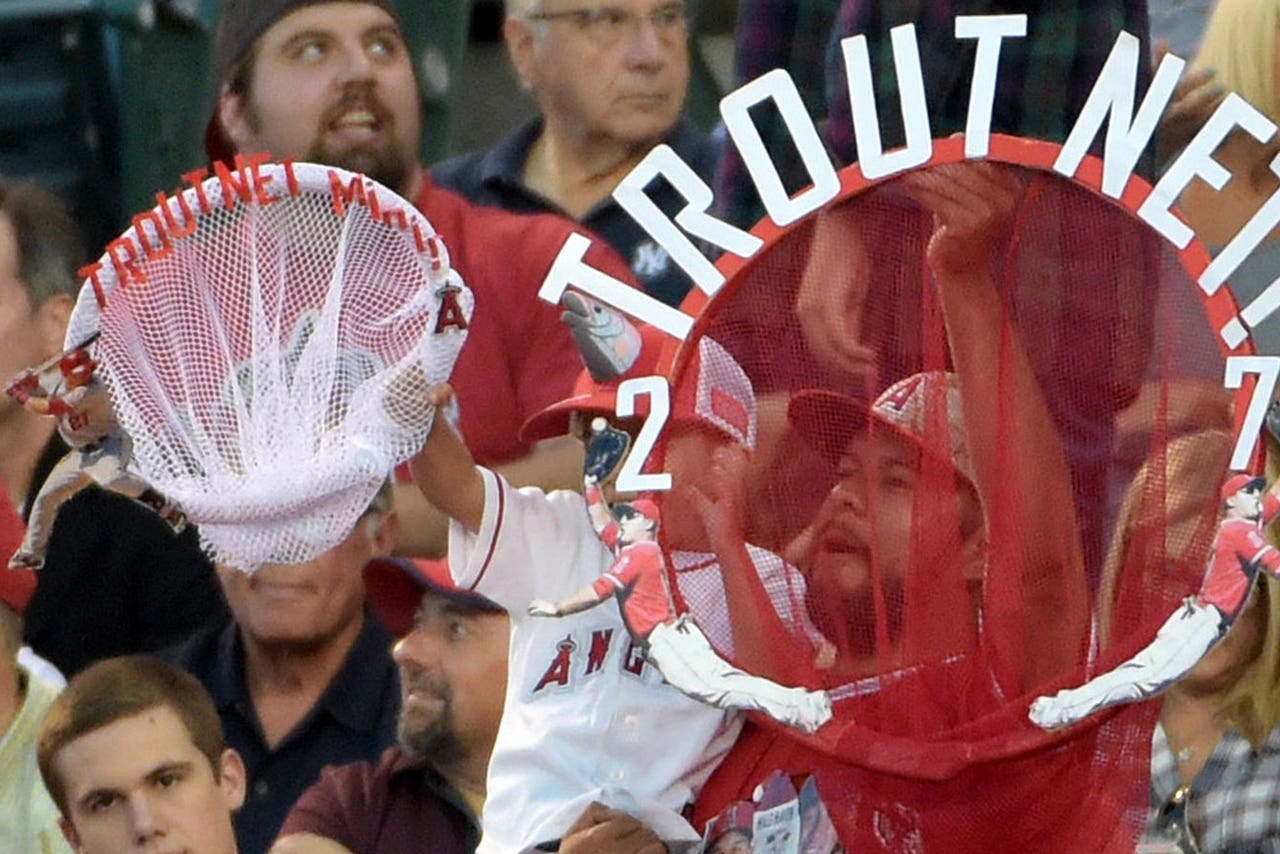 On Thursday, Mike Trout met with Jonathon Plaza and his son, A.J. Plaza is the man behind the 'Trout Net', a target the Los Angeles Angels star hit after crushing a grand slam back on July 26. Their meeting was made possible through the use of Twitter, as Plaza and the Trout Net have their own account.

Trout, impressed with the experience and that Plaza, a former Marine, designed in his honor, invited the pair onto the field to meet before Thursday's game with the Chicago White Sox.

As Grayson Alexander of MLB.com detailed, they met up after the Angels were finished with batting practice and exchanged pleasantries.

Plaza and his son apparently use social media to give away baseballs they catch at batting practice, something he told Alexander was appealing to Trout. "Trout is a big fan of what we are doing online", he said.

As for the grand slam ball, Plaza said he offered it to Trout but Mike told him to keep it - and then signed the ball during their meeting on Thursday.

Clearly, designing your own giant net, bringing it to the game and giving away baseballs on social media pays off in the end!