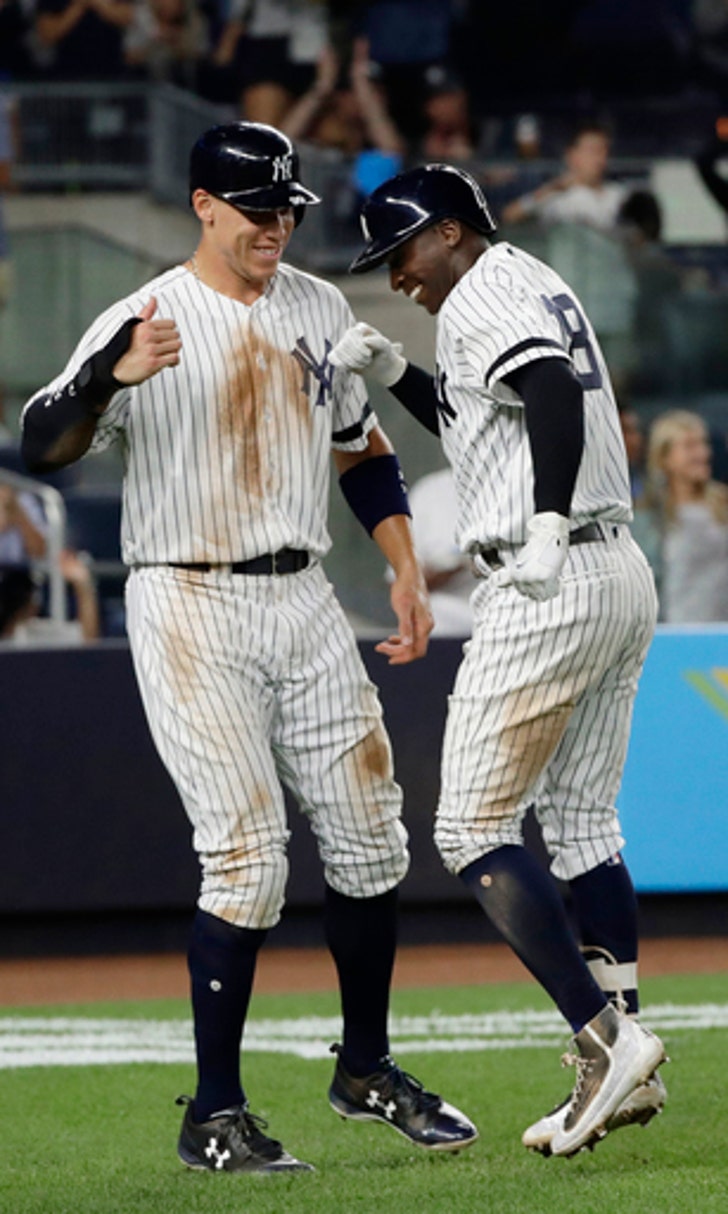 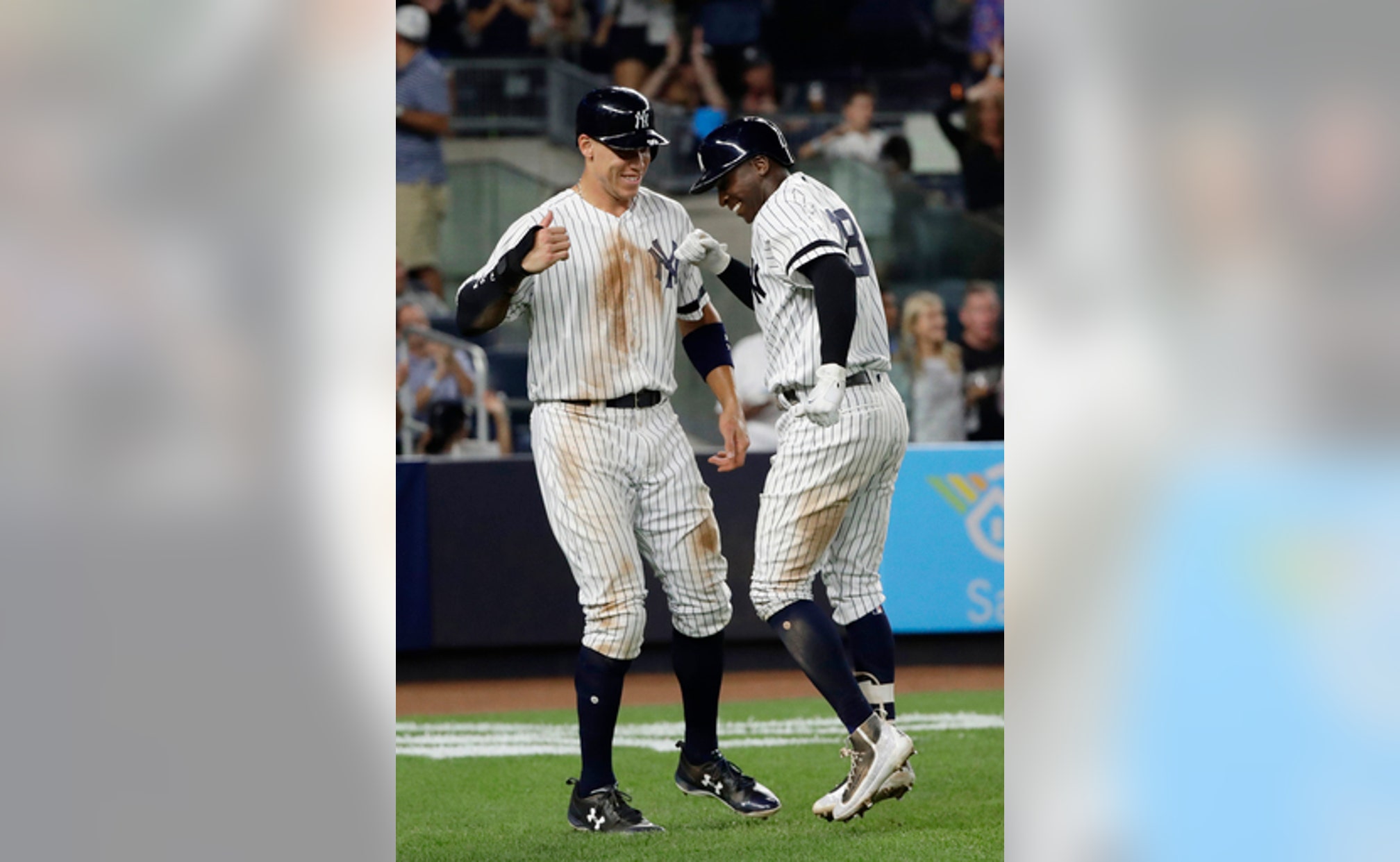 NEW YORK (AP) As the New York Yankees try to secure a return to the postseason, Luis Severino looks like the ace they've lacked.

While manager Joe Girardi isn't saying, it appears likely Severino would start a wild-card game next month or a Division Series opener if the Yankees overtake Boston to win the AL East.

''That would be an honor for me. I'm ready,'' Severino said.

''Sevy's been a different guy, the guy that we thought he could be,'' Girardi said. ''He has been able to use his fastball in all different quadrants, opposed to last year he pitched up a lot. I think the development of his changeup helped.''

New York remained three games behind AL East-leading Boston and matched its season high of 15 games over .500, set in mid-June. The Yankees (81-66) opened a four-game lead over Minnesota for the top AL wild card and need one victory to ensure their 25th straight winning season, the second-longest streak in big league history behind their 39 in a row from 1926-64.

Severino has moved ahead of Masahiro Tanaka and CC Sabathia in the Yankees rotation, gaining the confidence of his teammates.

''To have somebody that can go out and dominate a game I feel like is extremely important,'' Chase Headley said. ''He's got the plus-plus stuff, but he's not afraid to throw a changeup in a hitter's count. He's obviously got a wipeout slider, but he can throw that first strike when he needs to.''

Severino said he arrived at spring training ''with another mentality'' to ''show the Yankees and the fans that I can be a pitcher, a starting pitcher.''

After Welington Castillo's opposite-field, two-run homer to right on an 0-2 pitch put the Orioles ahead 2-1 in the second, Severino retired 19 of his final 21 batters. David Robertson finished with a hitless ninth.

''It just shows you how hard he went to work in the offseason,'' Gregorius said of Severino. ''I don't think a lot of people see that.''

Gregorius hit a sacrifice fly in the first , homered against Miguel Castro for a 4-2 lead in the fifth and added another sacrifice fly in a three-run seventh. He has set career highs with 22 homers and 77 RBIs.

Greg Bird added a home run into the right-field second deck , giving the Yankees 141 runs in 17 games against Baltimore this season.

Baltimore (72-76) lost for the eighth time in nine games and remained 5 1/2 games behind the Twins,

Gabriel Ynoa (1-2) allowed three runs - two earned - and five hits in 4 1/3 innings. He walked Aaron Judge with one out in the fifth and the score 2-2, and Castro gave up a two-out homer to Gregorius. The major leagues' most-used reliever in the second half of the season, Castro has allowed runs in four straight appearances.

''It's a combination of us not swinging it well and them really pitching well,'' Orioles manager Buck Showalter said.

Robertson threw a pair of wild pitches, raising the total with Gary Sanchez behind the plate this year to 49.

New York's Brett Gardner gave a look to Castillo after sliding into him when scoring on Gregorius' seventh-inning fly. ''I wasn't blocking the plate,'' Castillo said.

Bird reached down to snag Austin Hays' spinning five-hopper in the third, and the first baseman made an off-balance throw from foul territory to a sprinting Severino that denied Hays his first big league hit.

Orioles: CF Adam Jones was given the night off, sore after three games on artificial turf this week at Toronto. ... SS J.J. Hardy, yet to play since he was activated Sept. 8 after more than two months on the DL with a broken wrist, is likely to start Saturday or Sunday.

Yankees: OF Aaron Hicks, out since Sept. 2 because of a left oblique strain, took swings without a ball and then left early because of strep throat.

LHP Jordan Montgomery (7-7) starts Saturday for the Yankees and RHP Jeremy Hellickson (8-9) for the Orioles.