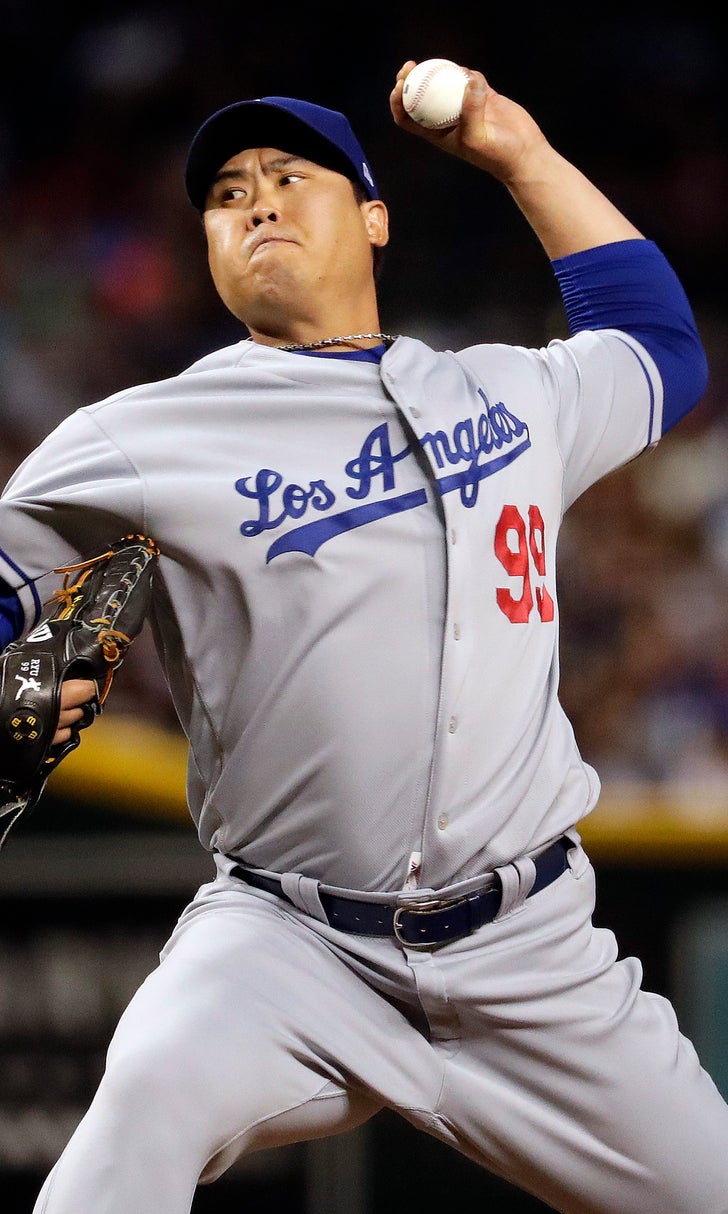 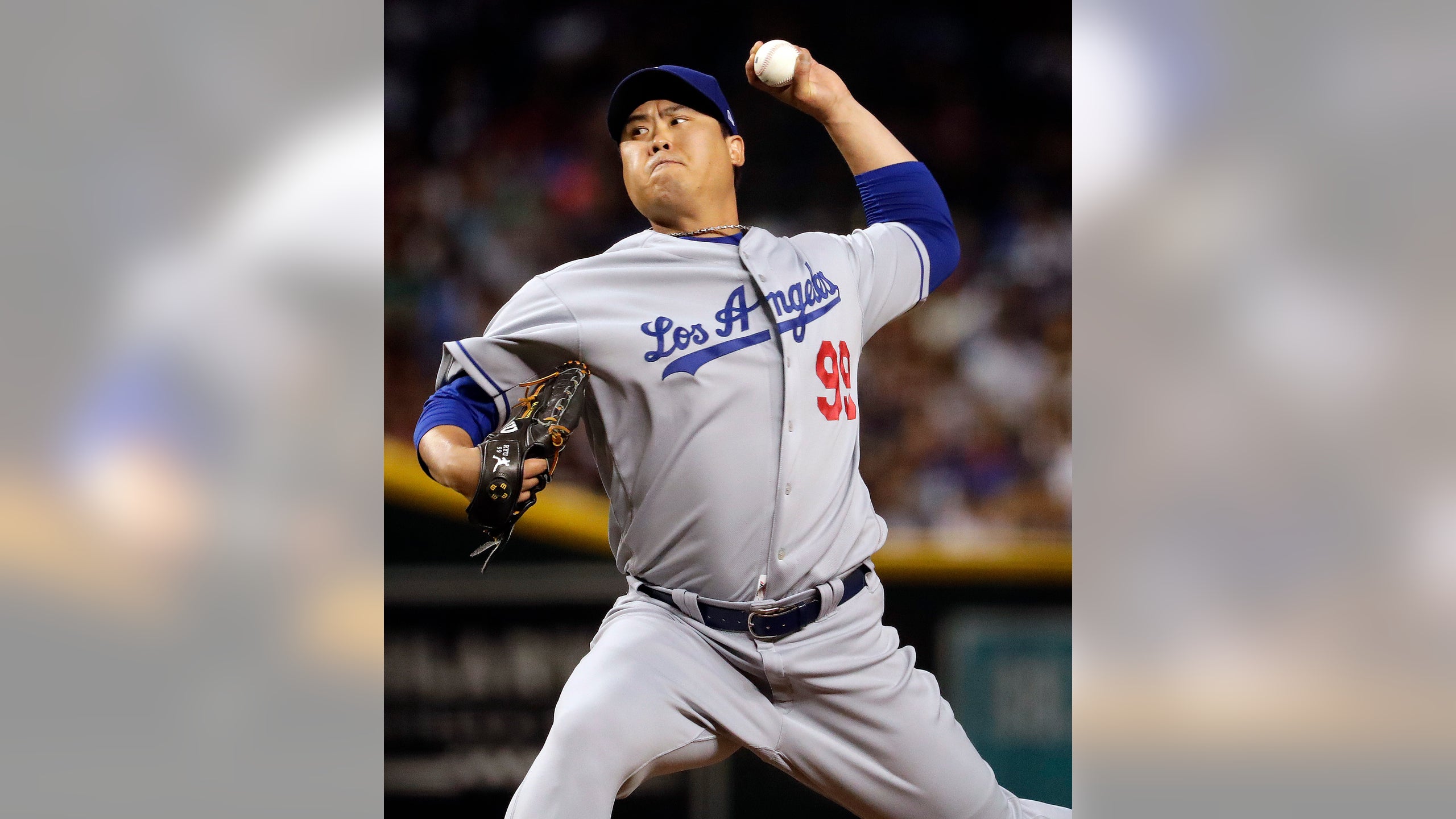 PHOENIX (AP) — The defense behind Hyun-Jin Ryu was shaky, starting with two errors in the first inning.

The Los Angeles Dodgers left-hander kept inducing groundballs, and kept getting outs in another dominating performance.

Ryu shook off three errors by his defense to allow three hits in seven scoreless innings and Dodgers stretched their winning streak to seven games with a 9-0 rout over the Arizona Diamondbacks on Tuesday night.

"Errors are part of the game and something I'm not used to," Ryu said through an interpreter. "The guys behind me have done a fantastic job behind me all year and I kept trusting them and try to make sure have good contact, execute my game plan and see where it goes from there."

Ryu (9-1) dominated after the first-inning defensive miscues to win his seventh straight start. The right-hander overcame another error in the seventh with an inning-ending double play to complete his fifth scoreless outing in six starts.

Ryu has not lost since April 20 at Milwaukee and has allowed two earned runs over the past 44 2/3 innings.

The Diamondbacks were held to three hits in their seventh loss in nine games.

"I feel like their starting pitcher threw the ball very well, but I think our offense is capable of a little bit more," Diamondbacks manager Torey Lovullo said.

Cody Bellinger had a two-run triple in his first at-bat against Taylor Clarke (1-2) following his first day off since May 3. He went 1 for 4, dropping his big league-best average to .374.

Enrique Hernandez homered and had two RBIs for the NL West-leading Dodgers, who have won 11 of 12. Corey Seager hit a pair of run-scoring doubles and David Freese a two-run double.

The Dodgers have outscored opponents 41-15 during their win streak.

The right-hander had to work out of a jam in the first inning against the Diamondbacks after the Dodgers committed two errors behind him.

Once Ryu got Christian Walker on a comebacker to end the first, he had Arizona's hitters pounding balls into the ground the rest of the night.

"Just in complete control and pitching to all quadrants," Roberts said.

The rookie right-hander was in trouble from the start in his first career appearance at Chase Field.

Pitching coach Mike Butcher made a mound visit after 13 pitches and two baserunners, then Bellinger tripled off the wall in center.

Unlike the previous start, Clarke righted himself, holding the Dodgers to two more hits over the next four innings. He allowed three runs — two earned — and struck out four in five innings.

"I was kind of fortunate to kind of battle through and get five innings there," Clarke said. "Usually you like to go deeper in games, but sometimes you got to take what you can get."

Both teams had trouble throwing.

Dodgers third baseman Max Muncy and Seager, the shortstop, each had throwing errors in the first inning. Seager had another throwing error trying to turn a double play in the seventh inning.

The Diamondbacks, the majors' leader in fielding percentage, had two errors in the third inning. The second, on a pickoff throw by Clarke, scored a run that put the Dodgers up 3-0. Arizona had two errors its previous 19 games.

"We are better than that defensively," Lovullo said. "We have to clean that up."

Arizona's Archie Bradley had another shaky performance in what's been a season-long struggle for the right-hander.

Diamondbacks: LF Adam Jones came out in the fourth inning after trying to run out a ground ball in the third. The Diamondbacks said he had right hamstring tightness and is day to day.