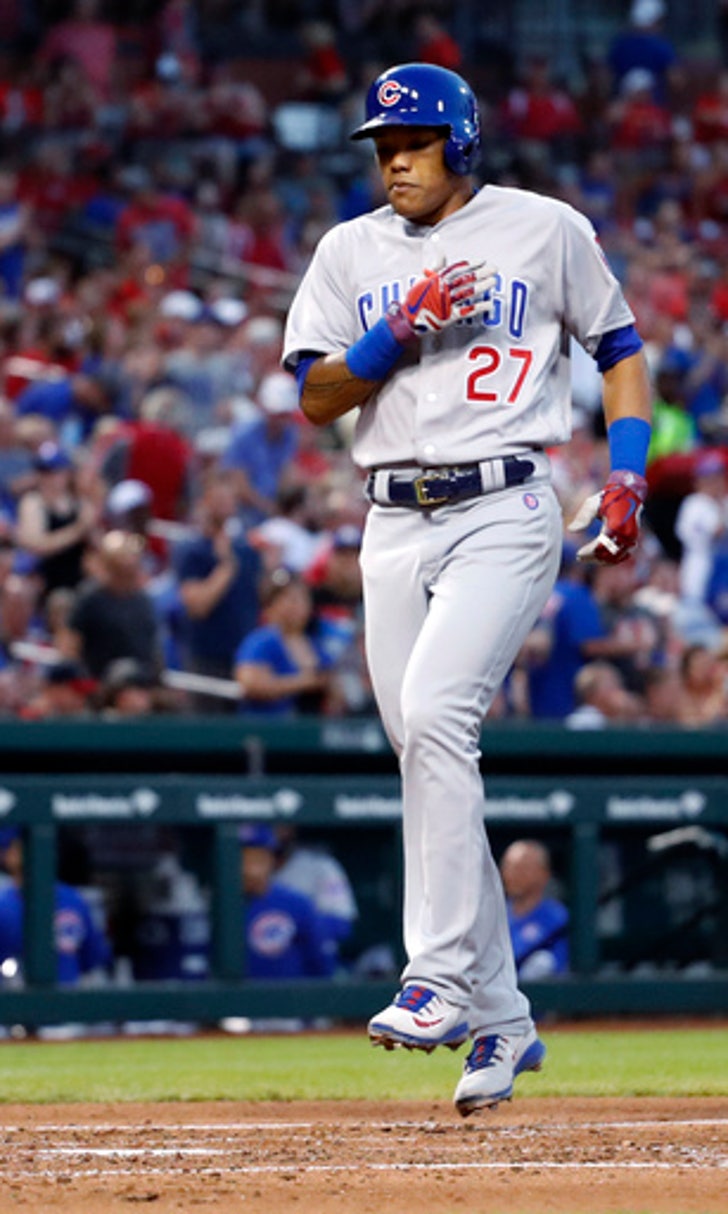 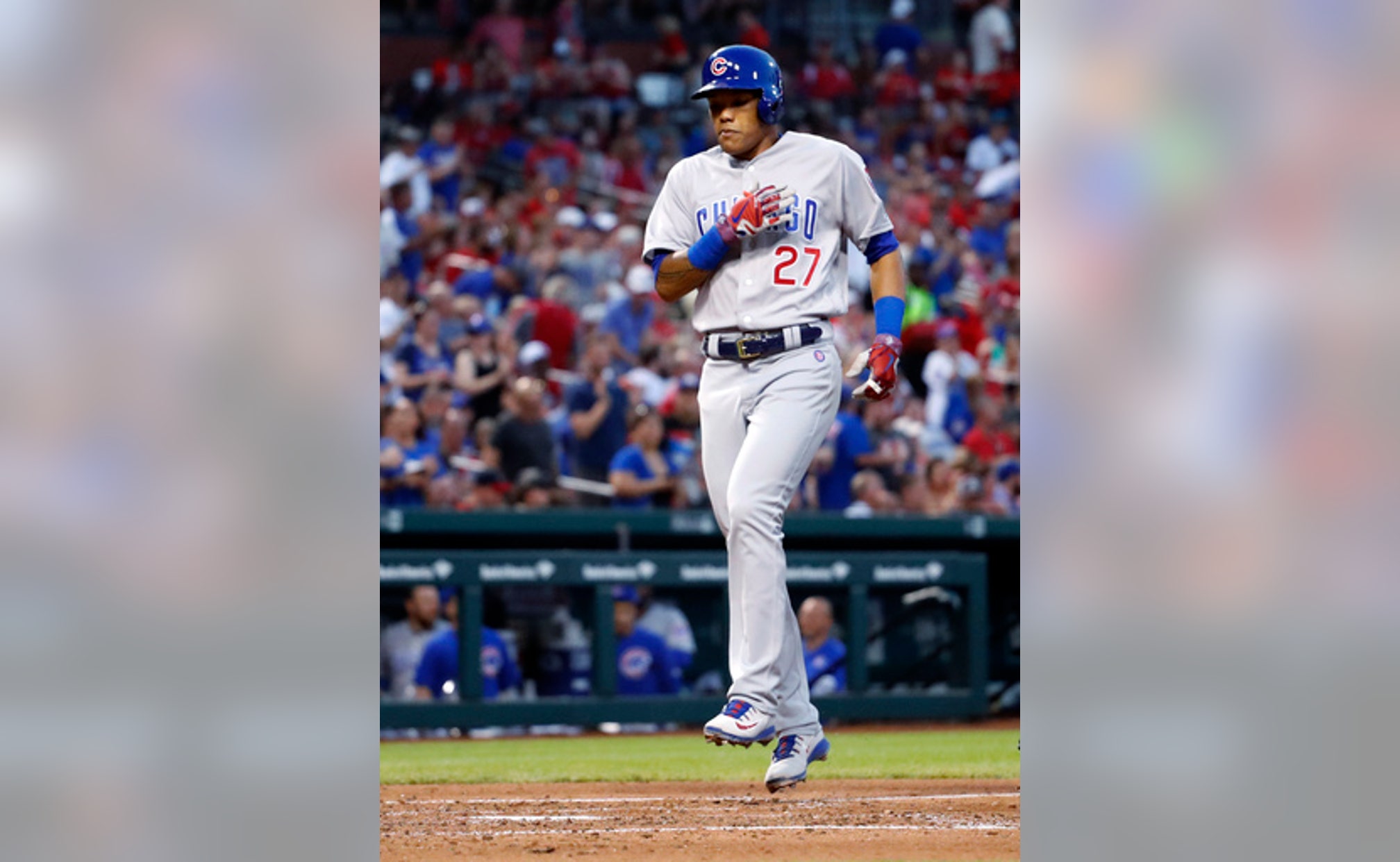 ST. LOUIS (AP) The Chicago Cubs got some key hits and effective pitching to get a big win.

Jason Heyward and Addison Russell homered, and Ian Happ had a tiebreaking RBI double in the seventh inning as the Cubs rallied to beat the St. Louis Cardinals 6-3 on Saturday night.

''We had great at bats all night,'' Cubs manager Joe Maddon said. ''Had opportunities. Kyle (Hendricks) settled in. He's still off a little bit but that's what he can do even when he's off. Just give him a lot of credit.''

Chicago trailed 2-0 and then 3-2 before Kyle Schwarber's RBI single in the fifth tied the score for the second time. Happ's double off Sam Tuivailala (1-2) in the seventh gave the Cubs their first lead.

Happ has three hits, including a homer, with two RBI and two runs scored in the last two games against the Cardinals, who dropped their season-high fourth in a row.

Heyward's 410-foot, two-run homer in the eighth landed in the right field bullpen. It was the first career dinger allowed by Cardinals reliever Jordan Hicks.

''My hands have got to be free,'' Heyward said. ''I've got to be able to use my hands and can't try and hit (that 100 mph fastball) that with my body. If you try and do too much you're not going to be able to make some good contact there.''

''What was that a 99, 100 mile an hour fastball? He got to it easily,'' Maddon said. ''He's the guy that's really ascended among the group. He's made all the difference by hitting second and providing some big hits in the latter part of the game. He's really good as the game gets in progress.''

''Looking for something in the zone early in the count,'' Russell said. ''I was really sitting on a fastball but I just saw it well and I put it out.''

Martinez struggled for third time since returning from a lat strain, giving up three runs and seven hits. He walked six, at least one in each inning, and needed 98 pitches to get through five innings. He was able to wriggle out of a bases loaded jam in the fifth as the Cubs stranded nine runners against him.

''Better, but still not exactly where he wants to be, obviously the free passes,'' Cardinals manager Mike Matheny said. ''It just looked more like his stuff, good life, just looked consistent, had some close misses.''

Martinez helped himself with a two-out RBI single that broke a 2-2 tie in the fourth. Martinez' liner fell just short of the outstretched glove of a diving Heyward, scoring Dexter Fowler.

Marcell Ozuna's two-run homer gave the Cardinals a 2-0 lead in the first. The blast extended Ozuna's home run streak to three games and his RBI streak to a career-high seven games. He is the first Cardinal to drive in a run in seven straight since Matt Holliday in 2013.

''Winning is more important,'' Ozuna said. ''If we're winning and you help the team a little bit, it's good. But if you're losing and you're hitting good, what is the reason for it?''

Willson Contreras got the Cubs on the scoreboard in the third on a sharp infield single that deflected off first baseman Matt Carpenter. Ben Zobrist scored from third on the play.

Cubs: RHP Yu Darvish (right triceps tendinitis) threw a 35-pitch bullpen session on Friday and is scheduled to throw another when the team returns home next week.

Cardinals: SS Paul DeJong (left hand fracture) underwent a CT scan and hit off a tee. He will accompany the team on its next road trip.

Cardinals: RHP Jack Flaherty (3-2, 2.96 ERA) has won three of his last four decisions and is making his first career start against Chicago. 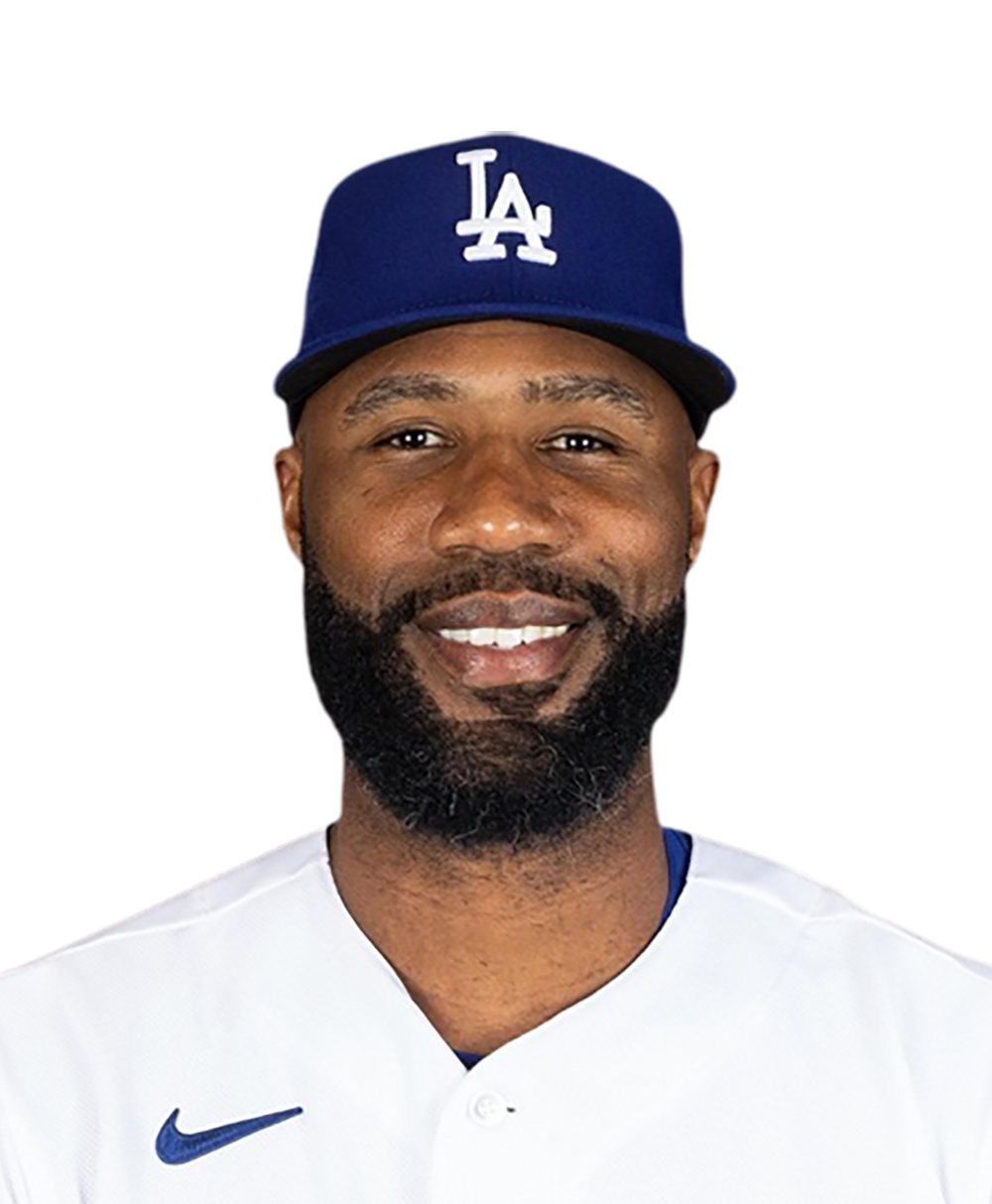