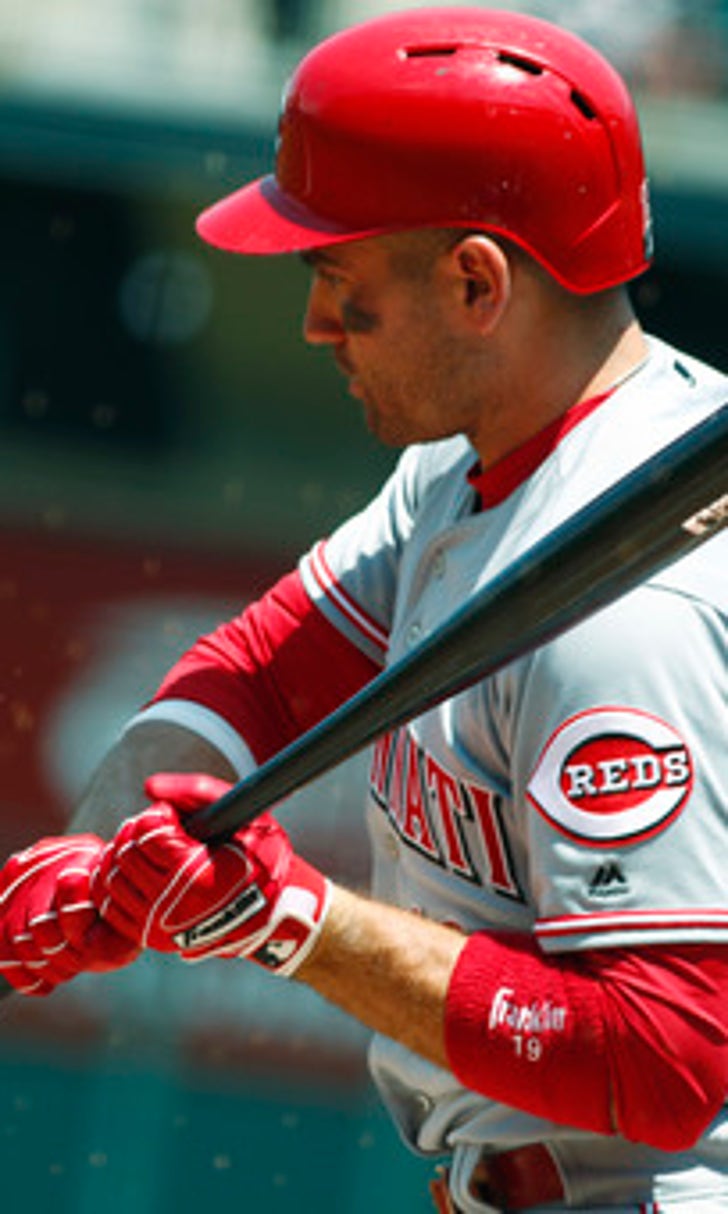 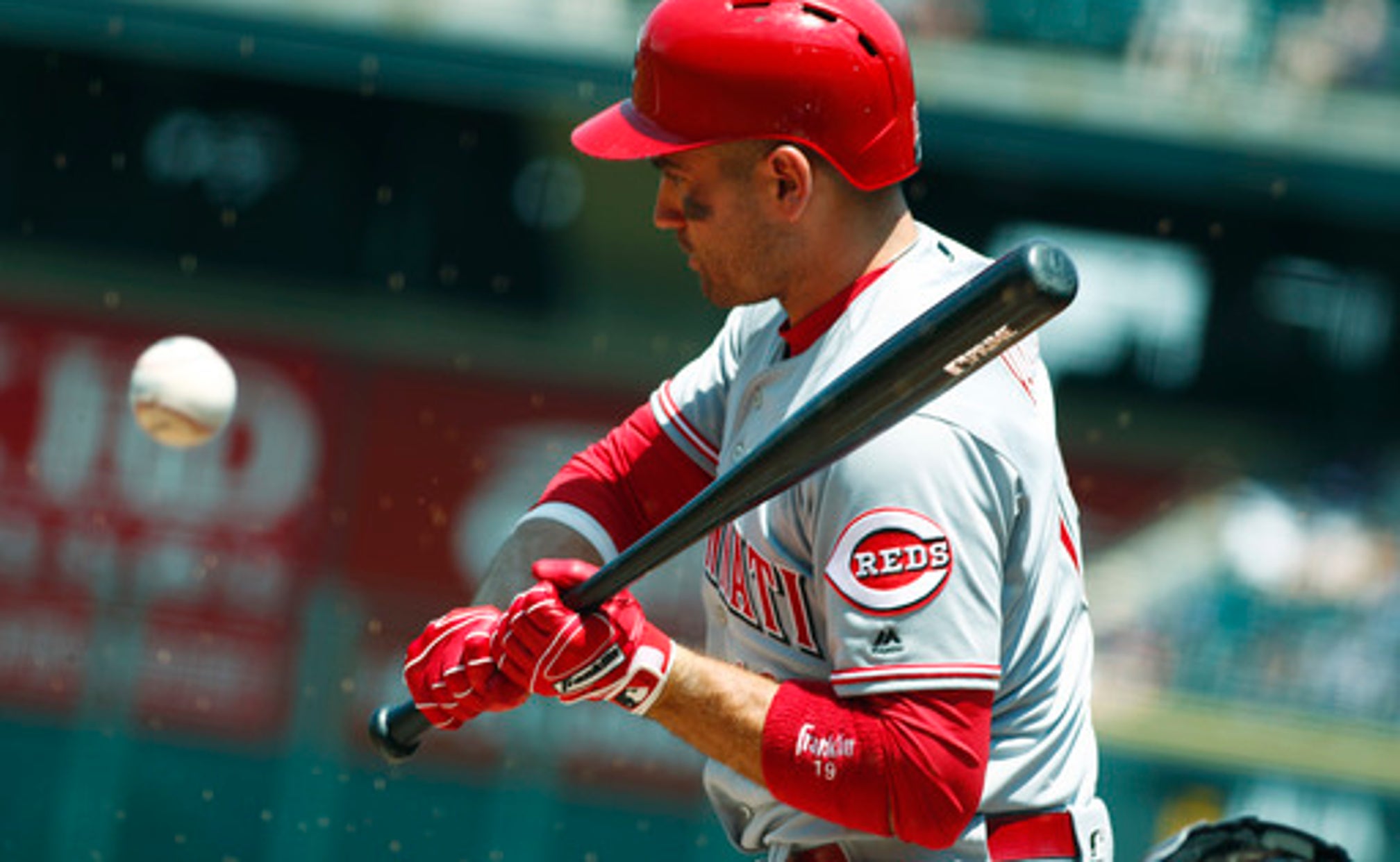 DENVER (AP) Sal Romano didn't have the ball but the rookie right-hander did have a souvenir under his right eye to commemorate his first major league win.

Romano tossed five tough innings and then survived a postgame celebration that left him a little dinged, and the Cincinnati Reds beat the Colorado Rockies 6-3 on Thursday.

Romano (1-1), called up before the game to make his second career start, scattered six hits and allowed two runs to help the Reds split the four-game series.

His teammates congratulated him a little too much and left him with a mark under his right eye, but the 23-year-old didn't mind.

Adam Duvall hit his 20th home run and drove in two runs and Eugenio Suarez had three hits for Cincinnati.

Duvall's blast gives the Reds three players with 20 or more home runs. Joey Votto leads with 24 and Scott Schebler has 21.

''Collectively, as a whole group, we've been swinging it well,'' Duvall said.

Colorado starter Tyler Chatwood (6-10) allowed seven hits and walked four in six innings but limited the damage with some timely double plays. The Reds scored in the first on Billy Hamilton's leadoff triple and Votto's single, and Scooter Gennett scored runs in the third and fifth to give Cincinnati a 3-1 lead.

''I feel like I threw the ball good. Some balls fell in,'' Chatwood said. ''Some bad breaks on checked swings that looked like the guy swung turned into walks. But I gave my team a chance to win.''

Trevor Story kept Colorado close with an RBI single in the second, and then scored on Tony Wolters' double in the fifth. Romano got Chatwood to ground out but a walk to Raimel Tapia put runners on the corners for DJ LeMahieu and prompted a visit by manager Bryan Price to talk strategy.

''I knew he was probably coming out to tell me what the game plan was for that situation right there,'' Romano said. ''He told me what he needed to tell me and I was able to execute it very well.''

Not before going 3-0 on LeMahieu with Charlie Blackmon on deck, but he recovered to get a groundout on 3-1 to end the inning.

''I knew if I just let my sinker work, when I did fall behind I was hopefully going to get a groundball and I was able to do that,'' Romano said.

Cincinnati padded the lead to 6-2 in the eighth on Duvall's leadoff homer, an RBI double by Schebler and a pinch-hit double by Zack Cozart.

''That Duvall homer to make it 4-2, then Geno gets a base hit and Cozart pinch-hits and smokes one down the line for another run,'' Price said. ''Those are the difference makers.''

The Rockies added a run in the eighth off closer Raisel Iglesias, who retired the side in order in the ninth to finish it.

The only unfinished business was Romano trying to secure the game ball.

Rockies: LeMahieu returned to the lineup after missing two games with a groin injury. Fellow All-Star, 3B Nolan Arenado, was out of the starting lineup for rest.

Colorado LHP Tyler Anderson was walking on crutches in the clubhouse Thursday, three days after having surgery on his left knee. Anderson was feeling optimistic after the procedure and hopes he can be back in a month.

''There were some floaters in there they pulled out and I'm feeling better now,'' he said. ''In less than a week I should be walking and being able to throw.''

Anderson went on the 10-day DL on June 4 with left knee inflammation and returned June 22. He lasted just 2 1/3 innings in a June 25 start and went back on the DL the next day.

If he returns as expected he could be thrust in the middle of a playoff chase for the Rockies.

''The goal is to try to be back in a month and we're in a situation I can help,'' he said.

Reds: RHP Tim Adleman will open a three-game series at Arizona on Friday. Adleman is 3-3 with a 3.64 ERA in his last eight starts. 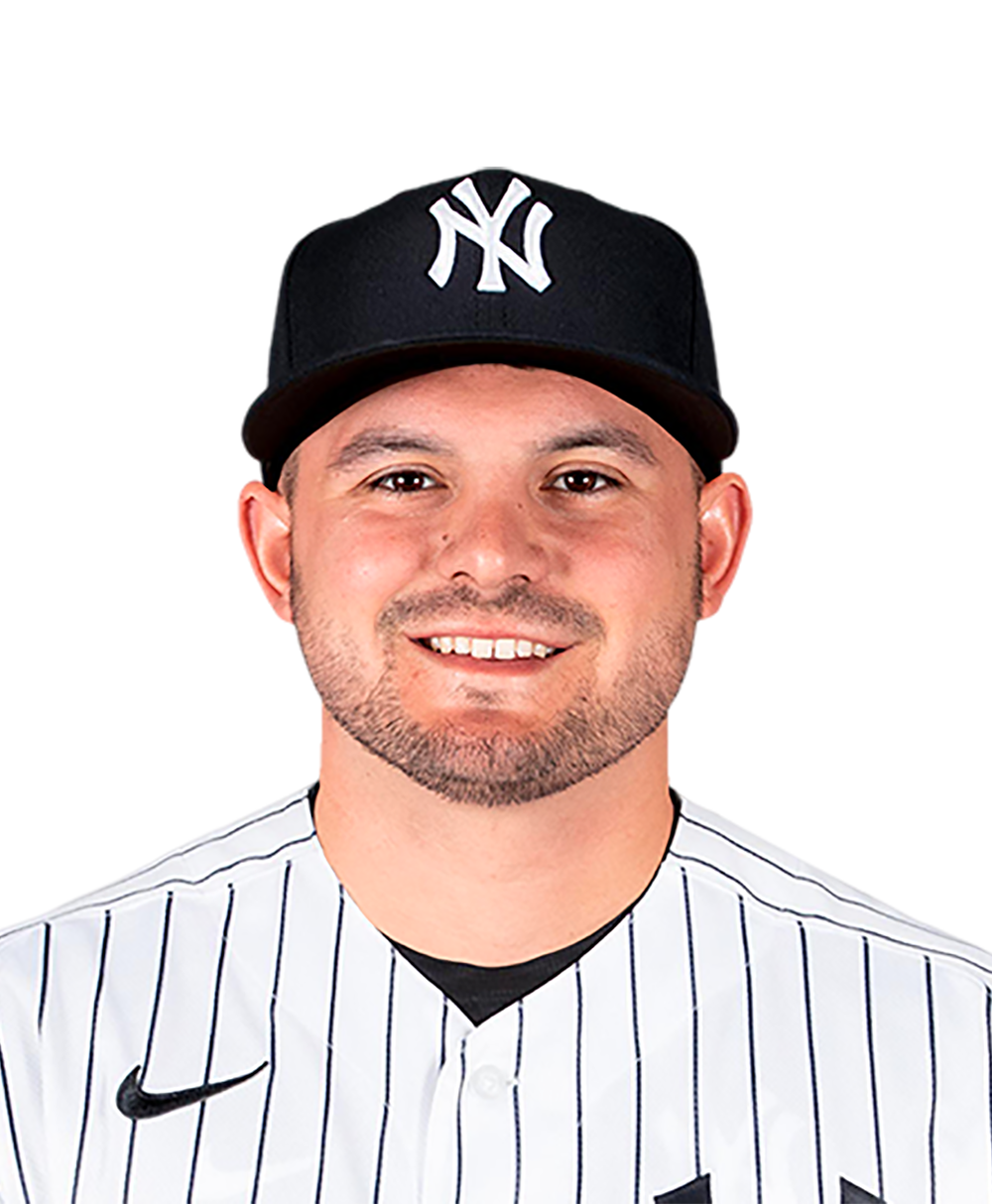