ST. PETERSBURG, Fla. — The Tampa Bay Rays felt it was a great night, even though they lost.

Jeff Samardzija threw a four-hitter and the San Francisco Giants won their sixth consecutive game Friday by beating the Rays 5-1 on Pride Night, before the biggest regular-season crowd at Tropicana Field in a decade.

The announced attendance of 40,135 was the first regular-season turnout over 40,000 at the Rays' ballpark since opening day in 2006 against Baltimore (40,199). Tampa Bay entered averaging 16,037 in home attendance this season, second-lowest in the majors.

"The crowd was big, that's for sure," Tampa Bay manager Kevin Cash said. "I saw we raised so much money. That's great for all of the tragedy that's taken place over there over the last last week."

The Rays dedicated this year's event to the victims of Sunday's mass shooting in Orlando. The team on Tuesday made all available tickets $5, with 100 percent of the proceeds benefiting the Pulse Victims Fund.

"It's just a tragedy what happened, and to see how people came together, united, and poured out their hearts for what happened in Orlando really made it a special night," Giants manager Bruce Bochy said.

"I'm glad we were able to have that great of a crowd and the proceeds go to such a great cause," Archer said.

Brandon Crawford and Gregor Blanco had two RBIs apiece and Brandon Belt homered for the NL West-leading Giants, a season-high 16 games over .500.

"The guy had our number," Cash said.

"Today will be just a great moment if baseball can make everybody smile, enjoy a great baseball game, feel a little closer to one another," Bean said. "It's not specific to one person or another, or race or gender or color or sexual orientation or gender identity. It's about people feeling connected and supportive."

The Rays wore "We are Orlando" T-shirts during batting practice and the hats of their one-time Double-A team, the Orlando Rays, in the game. 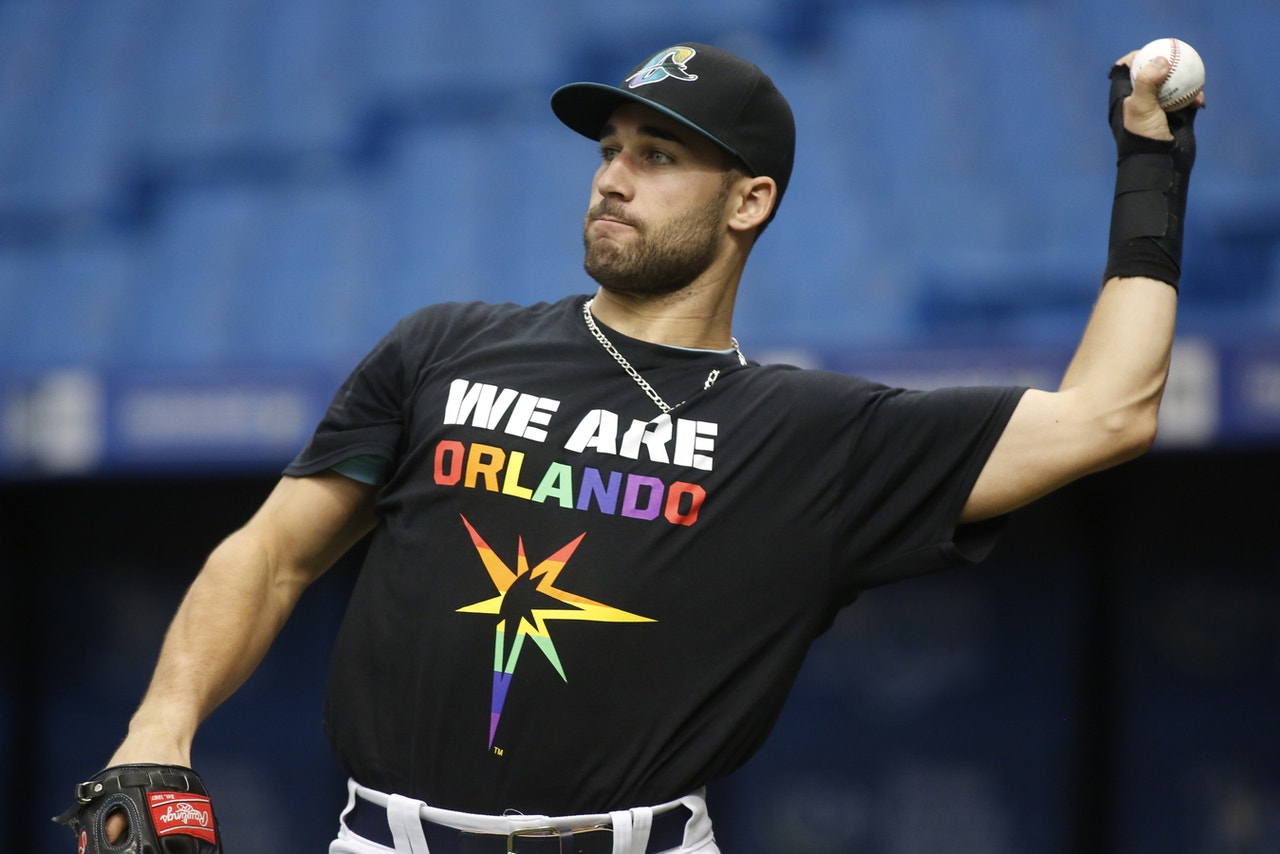 Kevin Kiermaier of the Tampa Bay Rays wears a We Are Orlando t-shirt during warm-ups in honor of the victims of the Orlando nightclub shooting during the Rays' Pride Night before the start of Friday's game against the San Francisco Giants at Tropicana Field in St. Petersburg, Florida.

Crawford drove in two with a double in the first before Blanco made it 4-0 on a two-run single in the fourth. Belt hit a solo drive in the seventh.

Rays: 3B Evan Longoria (left forearm soreness) said he is not at 100 percent but started after missing one game. ... RHP Brad Boxberger (left oblique) will start playing catch Monday.

Miller has two homers in 18 at-bats following a stretch of 83 without one. He ended the Rays' stretch of 31 homer-less innings.