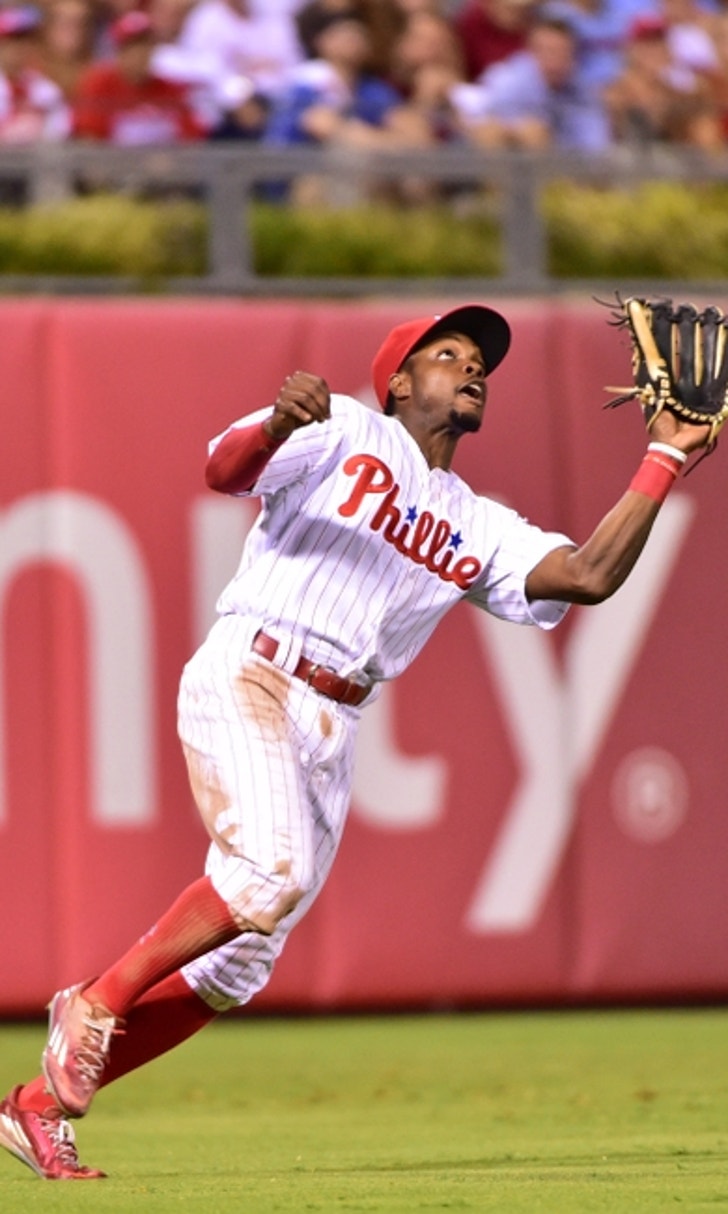 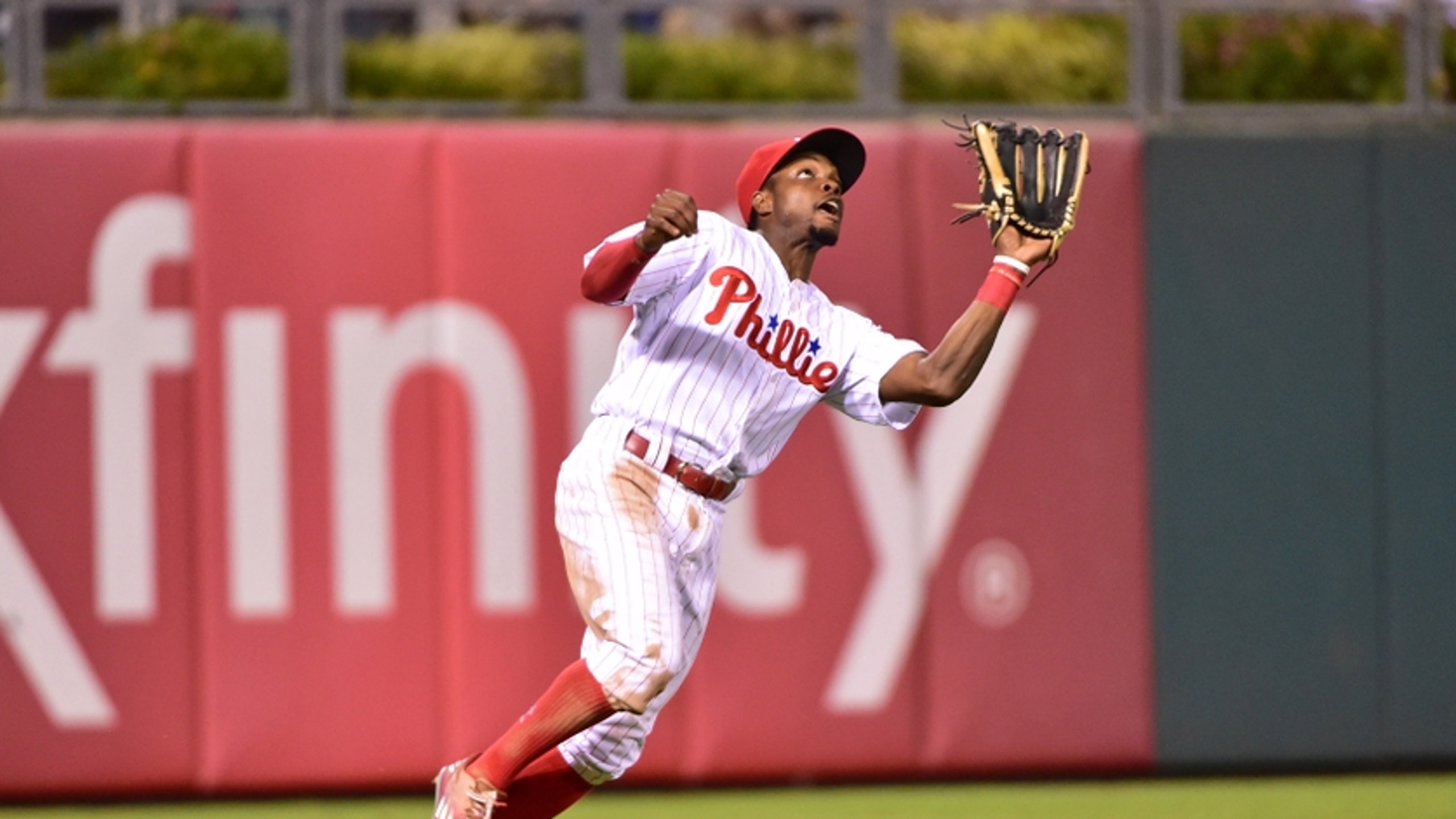 Phillies: Roman Quinn Should Be in the 2017 Opening Day Lineup 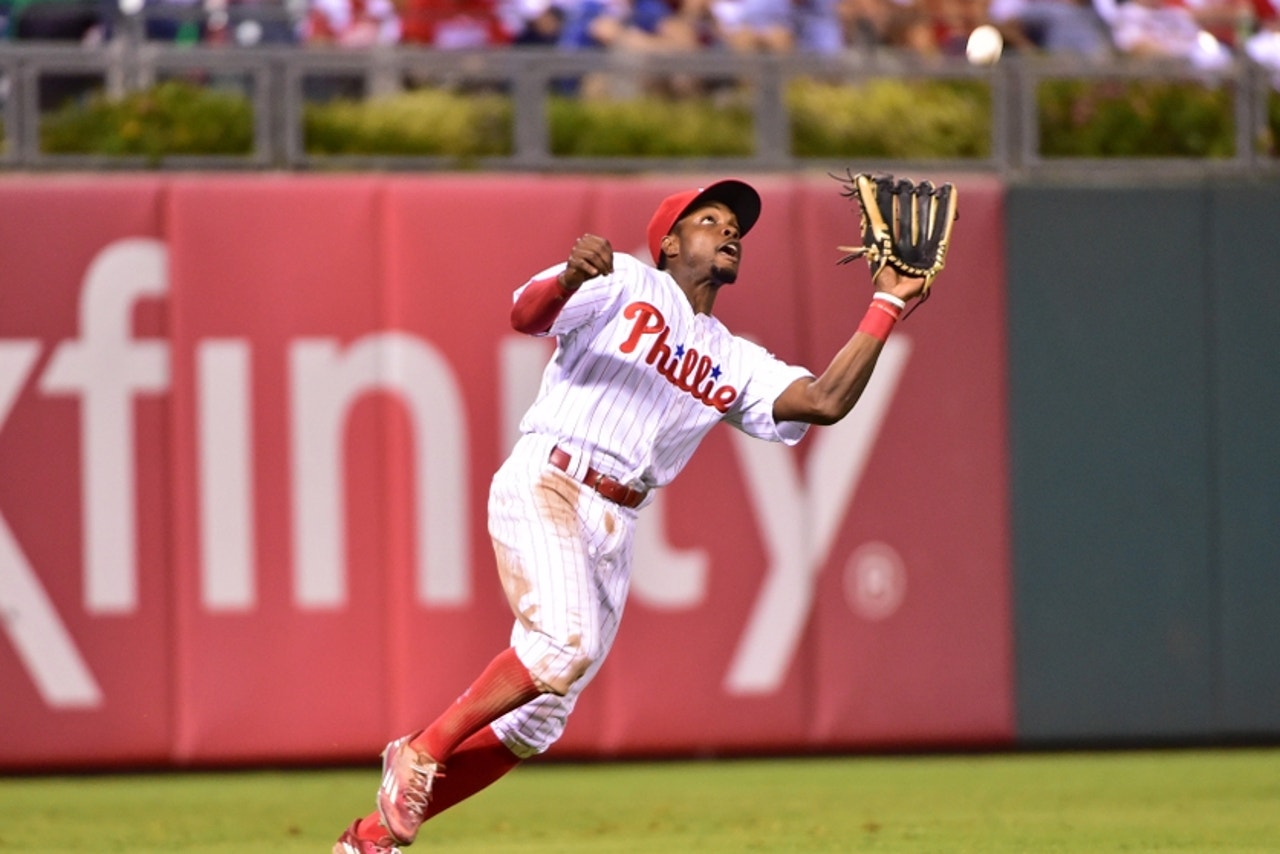 Roman Quinn produced for the Phillies in his limited time with the club in September. No one within the organization offers more than Quinn right now.

The storyline of the Phillies outfield being a dumpster fire has been beaten to death. Their collective 0.6 fWAR in 2016 was the fifth-worst in franchise history since 1900 and the second-worst in all of baseball this year. If you took away Odubel Herrera, the outfield would have had -3.2 fWAR as a whole this season.

One of the few bright spots for the outfield – outside of Herrera – was 2011 second-round pick Roman Quinn. After five injury-plagued minor-league seasons, Quinn finally made his major-league debut once Double-A Reading’s season wrapped up this season. In 71 games with the Fightin’ Phils, Quinn put up a .287/.361/.441 line with six home runs and 58 runs scored. He flashed his hallmark speed as well, stealing 31 bases in Reading.

Quinn was an intriguing addition to the lineup to a Phillies team limping to the end of another losing season. In 69 plate appearances, he put up an even 100 wRC+ with a .373 on-base percentage. Quinn was really a threat on the bases, going 5-for-6 in stolen base attempts in his limited time.

Of course, as it’s become so common with Quinn, an injury cut his season off short. More specifically, he strained his oblique, the same injury that landed him on the disabled list earlier in 2016.

Injuries are the biggest knock against Quinn, as nearly every season he is forced to battle injuries. He suffered a wrist injury and then a torn Achilles in 2013 which caused him to miss a majority of that season as well as some of the 2014 season as well.

Quinn tore his quad muscle legging out an infield single, shelving him for the second half of 2015.

Despite all the injuries that Quinn suffers, it’s hard to deny that he is an exciting player. His true 80-grade speed makes him a threat every time he steps on the bases. It isn’t hard to see him among the major-league leaders in stolen bases once he settles in at the major-leagues. Only dynamic players can pull off inside-the-park home runs like this one below:

Quinn is also an excellent defender thanks in no small part to his speed. He has the range to track down all the fly balls that come his way. In addition, his arm is nothing to be messed with. Quinn uncorked a 96.1 mph throw from center field according to MLB Statcast to record the first outfield assist of his career. With an arm like that, more are to come.

I’d rather see Quinn manning one of the corner outfield spots next to Herrera than everyone else the Phillies have to offer. Tyler Goeddel really needs more minor-league time to develop, likely heading back to Triple-A now that the Rule 5 pick is fully a Phillie. Jimmy Paredes and Peter Bourjos aren’t coming back, and I might smash my head against the wall if Pete Mackanin keeps trotting out Cody Asche in left field.

Aaron Altherr did nothing in 2016 to lock down a starting position heading into next year.

In the minor-leagues, Nick Williams still has potential as a prospect, but he did not perform well in Triple-A last year. Williams still needs some work before he is ready for the majors. Dylan Cozens had a monster season at Double-A, but the team would likely want to see if those numbers carry over to Lehigh Valley before promoting him to the majors, and I have reason to believe why that may not happen.

Even if the Phillies bring in a free-agent outfielder like Carlos Gomez or Michael Saunders, that still leaves a starting outfield spot available. The outfield would really be blown wide open if a rumored Odubel Herrera trade happens. Regardless, there is a spot available for Roman Quinn to take, I would much rather have him man the outfield compared to anyone else in the organization.