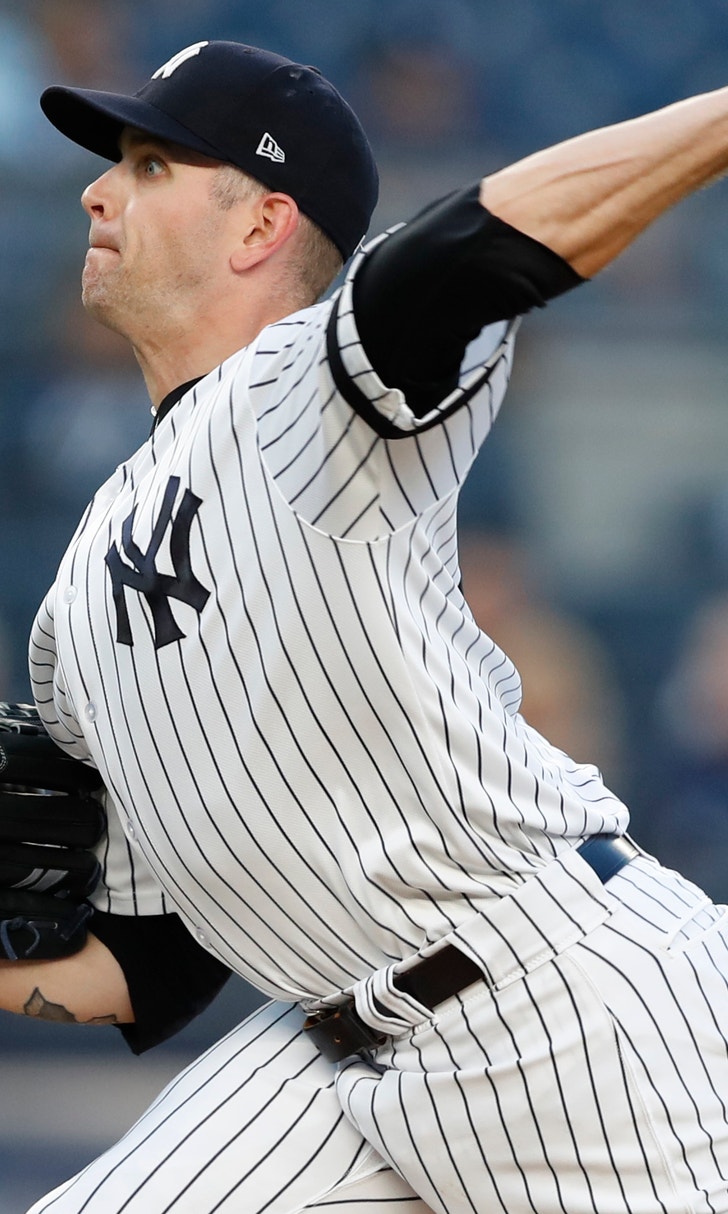 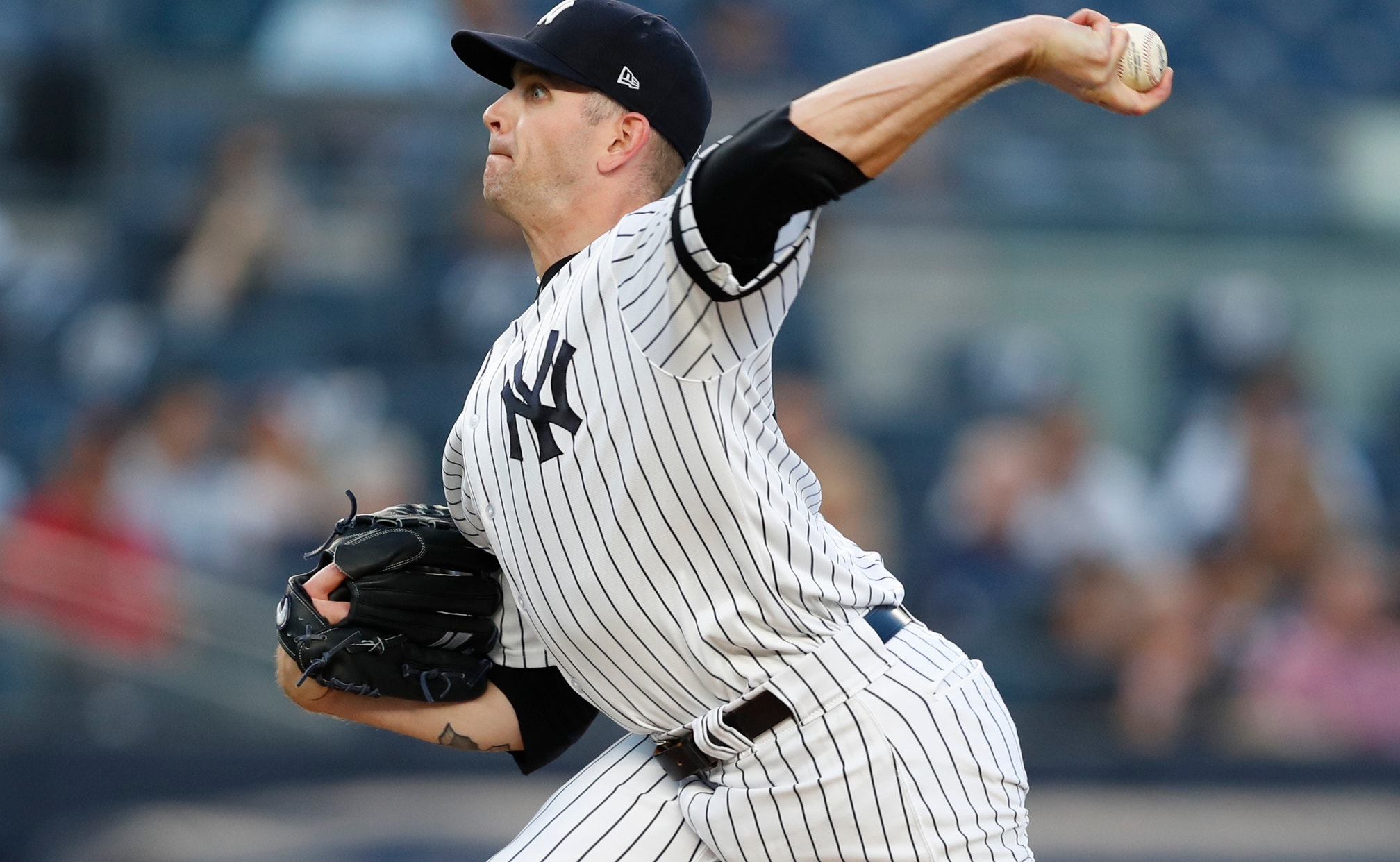 NEW YORK (AP) — Off to a slow start in his first year with the New York Yankees, James Paxton decided something had to change with his approach. So he began getting more aggressive and throwing his curveball more frequently.

Paxton pitched one-hit ball for seven shutout innings, striking out 12 and winning his seventh straight start as the Yankees bounced back in a big way, routing the Texas Rangers 10-1 Tuesday night.

"Approach-wise, for sure, and I think that's helping my aggressiveness, my mechanics, all my pitches as well," Paxton said. "My pitches are better when I'm aggressive and I just let it rip."

Gary Sánchez hit two home runs, Edwin Encarnación added a two-run drive in his return from the injured list, and Didi Gregorius and Brett Gardner also connected. The five homers came a day after Mike Minor and the Texas bullpen ended New York's streak of 220 games without being shut out.

Paxton (12-6) pitched quickly and began with 4 2/3 hitless innings. The left-hander gave up his only hit when Isiah Kiner-Falefa had a clean single to right field.

"He was on the attack early and often and kind of that unhittable look to him tonight," manager Aaron Boone said. "Obviously he's been throwing the ball really well of late, but I thought tonight was about as good as he looked."

Paxton walked one. He matched the longest winning streak of his career and his season-high strikeout total.

"He was executing pitches like, I mean every ball was on the line, up on the line, down," Texas manager Chris Woodward said.

Paxton's winning streak is the longest active streak in the majors, and he became the fifth Yankee since 1940 to win at least seven starts in his first year with the team. The most recent was John Candelaria in 1988.

During his winning streak, Paxton has a 2.98 ERA and is holding hitters to a .170 batting average. He has used his curveball 24.1 percent of the time, up from 13.7 percent in his first 18 starts.

Of his 95 pitches against Texas, Paxton threw the curve 27 times.

"I think the curveball is a big part of it," Paxton said. "It's been a great pitch for me lately. It really just slows guys down. We're doing a good job of getting it in the dirt where I want to with swings and misses and it looks like my fastball coming out. So, it's a really good combo with the high fastball."

Sánchez homered in the first and sixth innings as the Yankees won for the seventh time in nine games. The catcher broke his career-high with 34 homers and recorded his 14th career multihomer game.

The Yankees became the fifth team in major league history to hit at least 260 homers in a season. New York is six behind its franchise record set last season.

As Heineman rounded the bases, a ball was thrown back onto the field — a ballboy retrieved it and tossed it to another fan. Yankees PA announcer Paul Olden told the crowd that it was Heineman's first career homer and he'd like to have the ball.

Turns out the ball that was thrown back was not actually the souvenir ball. But Heineman eventually got the right ball back by making an exchange with Ryan Kindler and his father, Eric, who are from New Jersey.

"Obviously it's something you dream of," Heineman said. "For it to happen here, it's just funny the way the world works, because both my parents are from New York. So, I've got family here, my dad's side of the family is all in the stands, and it was pretty cool."

Heineman's older brother, Tyler, recently got called up by Miami and is ready to make his major league debut. Their parents were in Pittsburgh to watch Tyler while his sisters, and an aunt and a few cousins attended the game in the Bronx.

The Yankees announced a crowd of 33,711 to go over the 3 million mark for a major league-record 21st straight season.