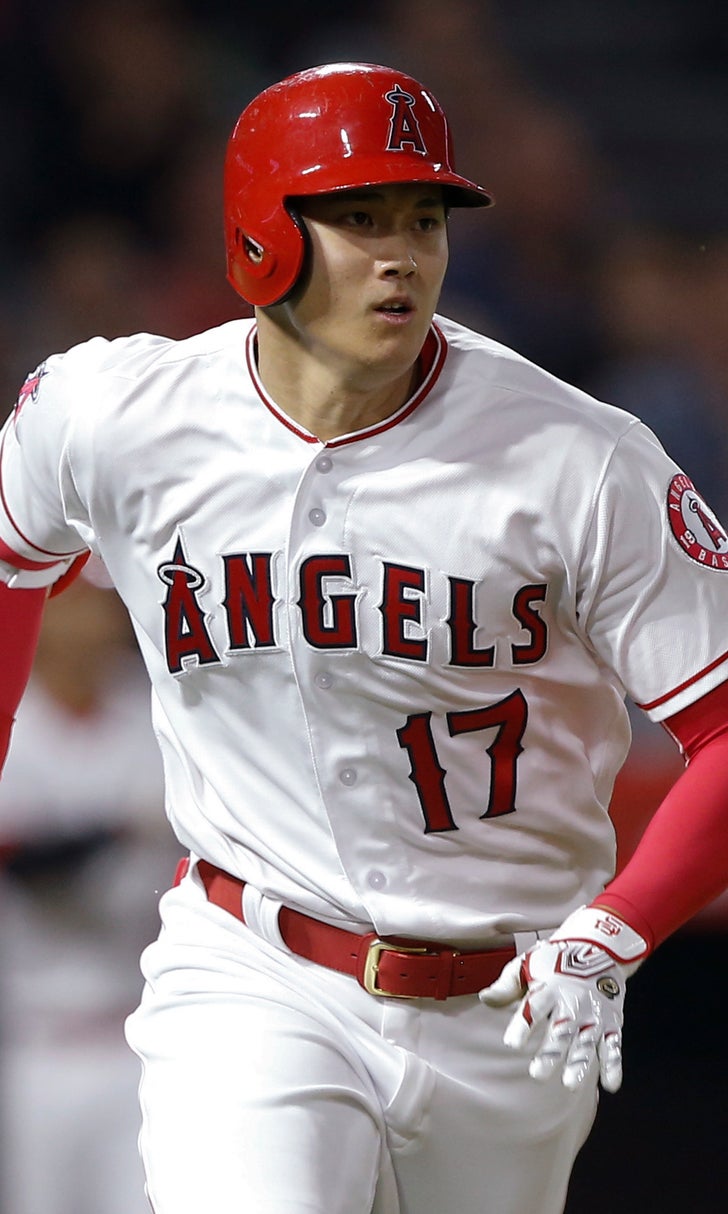 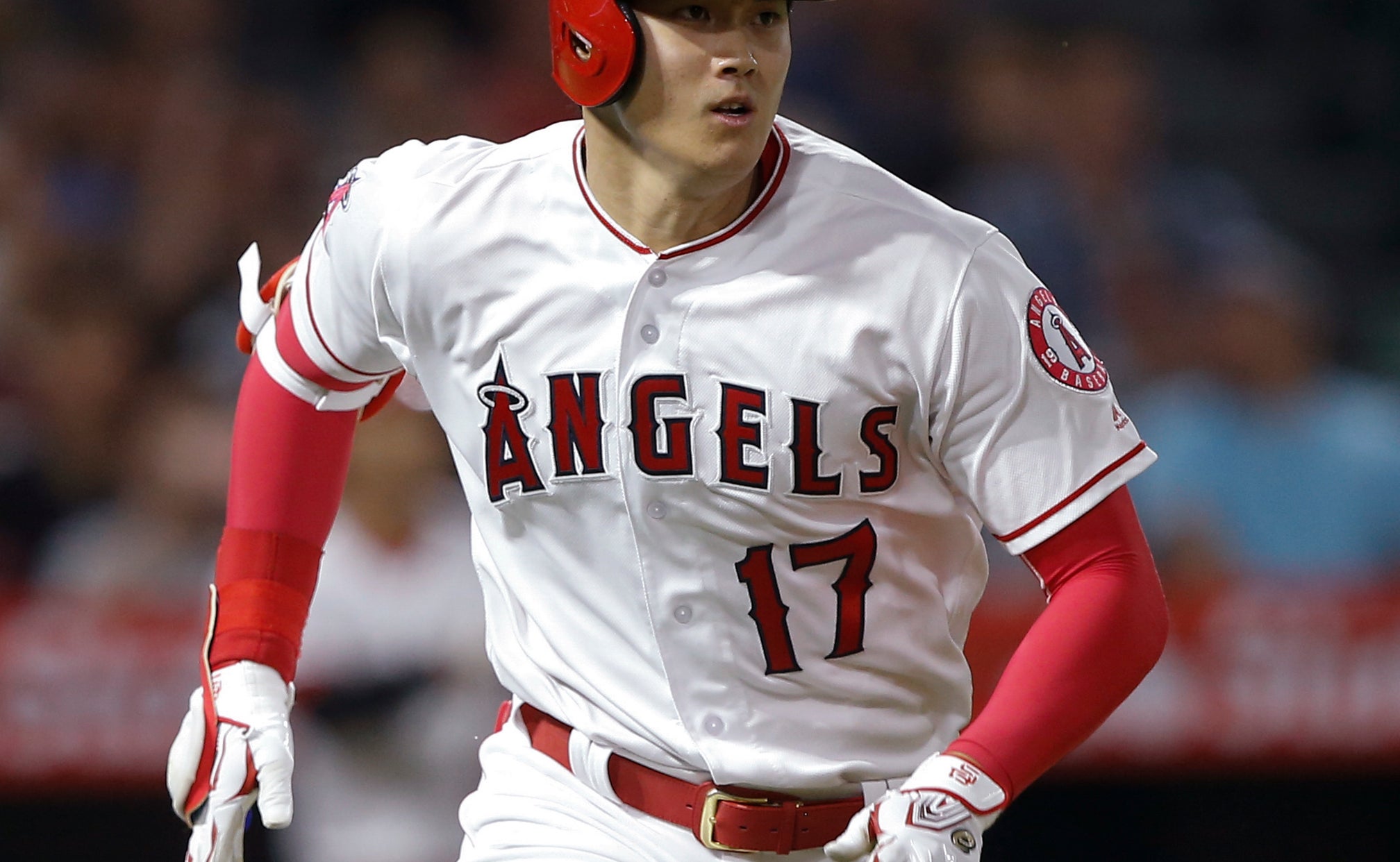 Ohtani still slugging in the final days of a remarkable year

ANAHEIM, Calif. (AP) — Shohei Ohtani could have shut it down already. He could have wrapped up his singular rookie season with the Los Angeles Angels and proceeded straight to the Tommy John surgery looming for him next week.

Instead, Ohtani is still slugging away in the eighth inning of a sparsely attended night game in the final days of September between two teams that won't get anywhere near the playoffs this year.

He is facing Texas' Chris Martin, his teammate last season in Japan. Ohtani pounces on a pitch up in the zone and drives it the opposite way, flashing the all-fields power that still stuns.

His shoot hits the top of the left field wall and bounds into the bullpen. The tiebreaking homer is his 22nd of the year, matching his best pro total with the Hokkaido Nippon-Ham Fighters.

"You've seen him get progressively better as the season has gone on," Angels manager Mike Scioscia said. "This experience is invaluable to him — to be able to finish strong, see as much pitching as he can, log it and be ready for next year to swing the bat."

Ohtani's patient, almost ascetic approach to baseball has been evident ever since he agreed to join the Angels last winter. In doing so, he passed up untold millions that he could have made by waiting a couple of years in Japan, instead hurrying stateside to begin the long process of mastering the big leagues as a pitcher and a hitter.

So it was no surprise to his teammates and coaches when he decided to keep hitting until October, even after he realized his pitching elbow would require surgery . It's also no surprise that he plans to hit throughout next season without giving up on his long-term plan to be a two-way player.

The 24-year-old is focused on the long view, but every small step along the path is vital.

"I think the way I finish the season is really important to me, whether it's good or bad," Ohtani said. "Because I know what to work on during the offseason. This time I was able to finish strong, so it was a really good feeling."

Despite the arm injury that ended his pitching efforts and kept him from batting for most of June, Ohtani is a top contender for the AL Rookie of the Year award. Voters must evaluate Ohtani's unique talents next to the more conventional hitting prowess of New York Yankees sluggers Miguel Andujar and Gleyber Torres.

Ohtani's persistence has proven to be one of his greatest strengths — and that isn't always the case with athletes of his prodigious gifts.

When he took a two-month break from pitching, he struggled at the plate to start July — but then batted .328 in August with six homers and 18 RBIs. After his return to the mound in early September went poorly and left him facing the inevitability of Tommy John, Ohtani improbably racked up four homers and 10 RBIs in his first four games back at the plate.

The Angels attribute that resilience to Ohtani's mental toughness, which is a key complement to his unique skills.

"He's got a great makeup," Scioscia said. "I think he understands the separation of pitching and hitting. He's able to take that batting helmet off and put that pitcher's cap on and go pitch when he's going to pitch, and when he's hitting, he's focused on hitting. He just wants to play baseball, whatever he can do. So I know he's looking forward to pitching, but I think it's an easy sideways step for him to become just a hitter. He just loves to play the game."

Away from the field, Ohtani appears to be settled smoothly in Orange County with his new club. While he doesn't speak in public without Ippei Mazuhara, his translator and constant companion at Angel Stadium, he clearly understands much more English than he did in April — and more Spanish, as evidenced in his spirited recent rendition of "Despacito" on the team bus.

Ohtani is finishing this season batting cleanup as the Angels' designated hitter, and he's likely to resume that role in 2019. While the Angels remain firmly committed to supporting Ohtani's two-way skills, everyone around the club is eager to see what Ohtani can accomplish while he's largely focused on just one side of his two-way game.

"The thing about Shohei is he's got the potential to do it all, and he's committed to getting there," Scioscia said. "It's not often you see that combination in a guy, and he's got it all."