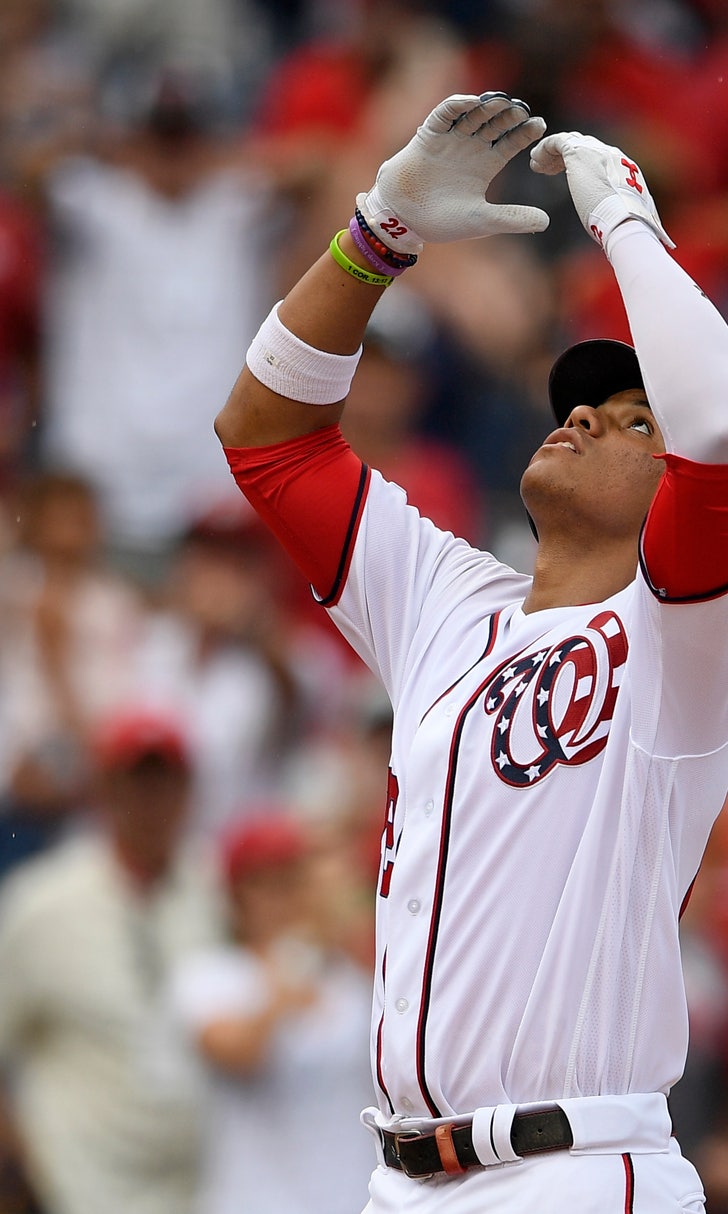 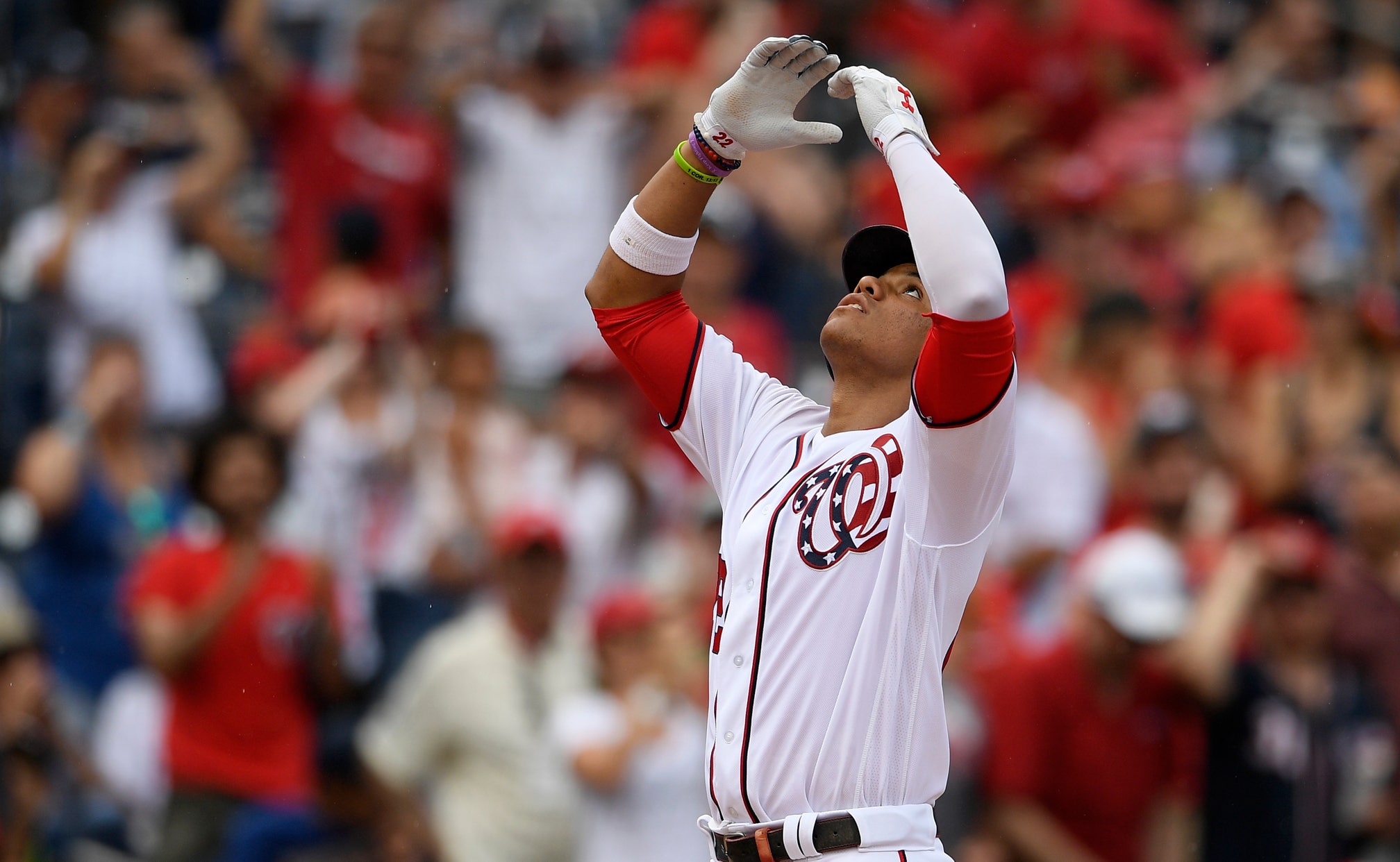 WASHINGTON (AP) — Washington manager Dave Martinez wanted his team to shake off any ill effects from Saturday's marathon loss to Milwaukee by getting out to a fast start in the series finale.

The Nationals carried out that order to perfection.

The Nationals matched a team record with eight home runs — including two by Juan Soto — in a 16-8 rout of the Brewers on Sunday as Washington took two of three from a fellow contender in the NL playoff race.

"I told them early, I said, 'Hey let's jump on them early, score first and get on them right away,' and they did that," Martinez said.

Matt Adams and Victor Robles hit back-to-back homers in the first to give the Nationals a 4-0 lead, and Anthony Rendon and Soto did the same in the third as the advantage ballooned to 13-0. Washington has gone for back-to-back homers ten times this season.

"We got started off on such a bad foot," Brewers manager Craig Counsell said. "We give up four in the first, that's a tough way to start. We never got a chance, really."

Soto homered again in the fifth and now has 28 on the year.

Brian Dozier had his first multi-homer game of the season and now has 19 homers this year. Adam Eaton — who had a two-run triple in the second — hit his 10th homer in the fifth.

"It's one of those things where today's game is difficult on everybody and we wanted to try and get out there early, get on them early," Eaton said. "We knew it was going to be a slugfest."

Chase Anderson (5-3) lost for the first time since June 21, allowing a career-high ten runs on nine hits with one strikeout in 2 1/3 innings.

Ben Gamel hit a solo homer in the fourth while Mike Moustakas hit a three-run homer in the fifth and two-run shot in the ninth. The Brewers have lost four of six while trying to keep pace in both the NL Central and wild card standings.

Washington scored 30 runs in the final two games against Milwaukee but only won Sunday — falling 15-14 in 14 innings Saturday night after closer Sean Doolittle blew a three-run lead in the ninth. The teams combined to hit 23 homers over the weekend.

Brewers: C Yasmani Grandal was out of the lineup after Counsell said the two-time All-Star lost an excessive amount of weight during Saturday's 5 hour, 40-minute game. Grandal entered in the eighth as a pinch-hitter. ... OF Lorenzo Cain injured his oblique on Friday and was unavailable both Saturday and Sunday. Counsell is hoping he will be available on Monday.

Nationals: Washington placed Doolittle on the 10-day injured list with right knee tendinitis and recalled RHP Kyle McGowin. Doolittle allowed three homers and four runs in blowing his sixth save of the season.

Soto became the third player in major league history with 50 home runs before his 21st birthday. Soto, who turns 21 on Oct. 25, joined Mel Ott (61) and Tony Conigliaro (56). After the game Counsell took a shot at explaining Soto's success.

"He's got excellent plate discipline," Counsell said. "He makes great decisions on balls and strikes — that's the biggest thing. There aren't many that have that discipline at the plate."