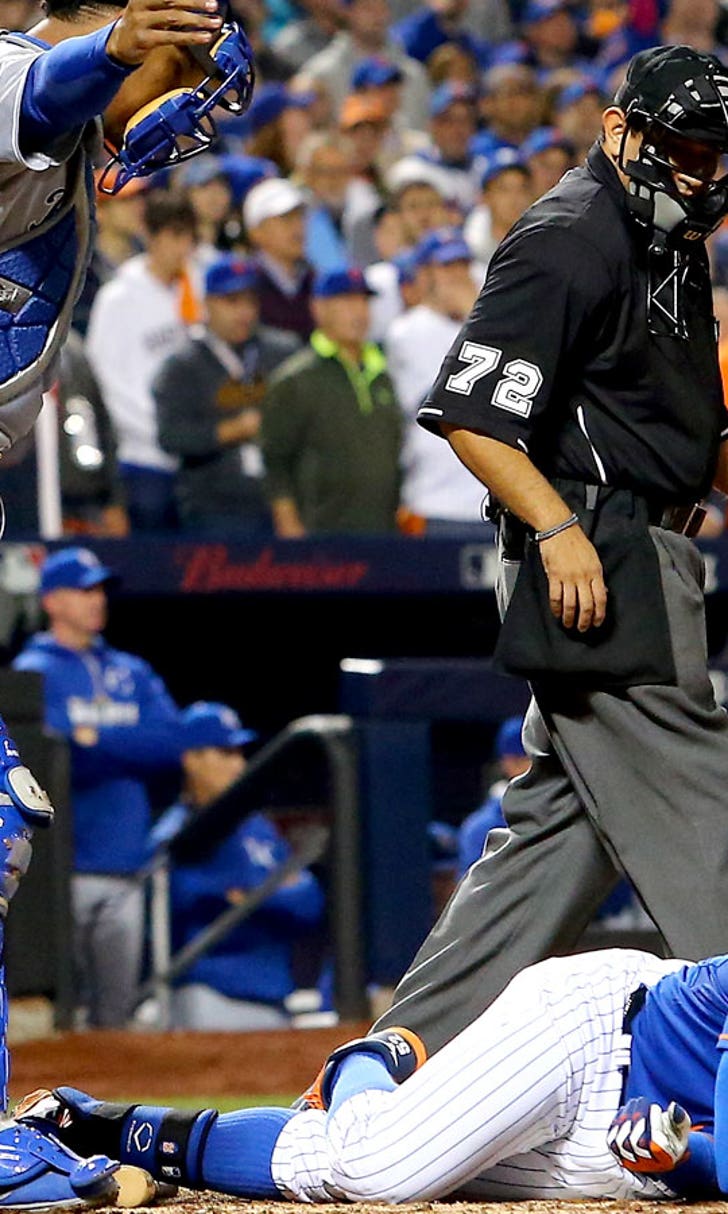 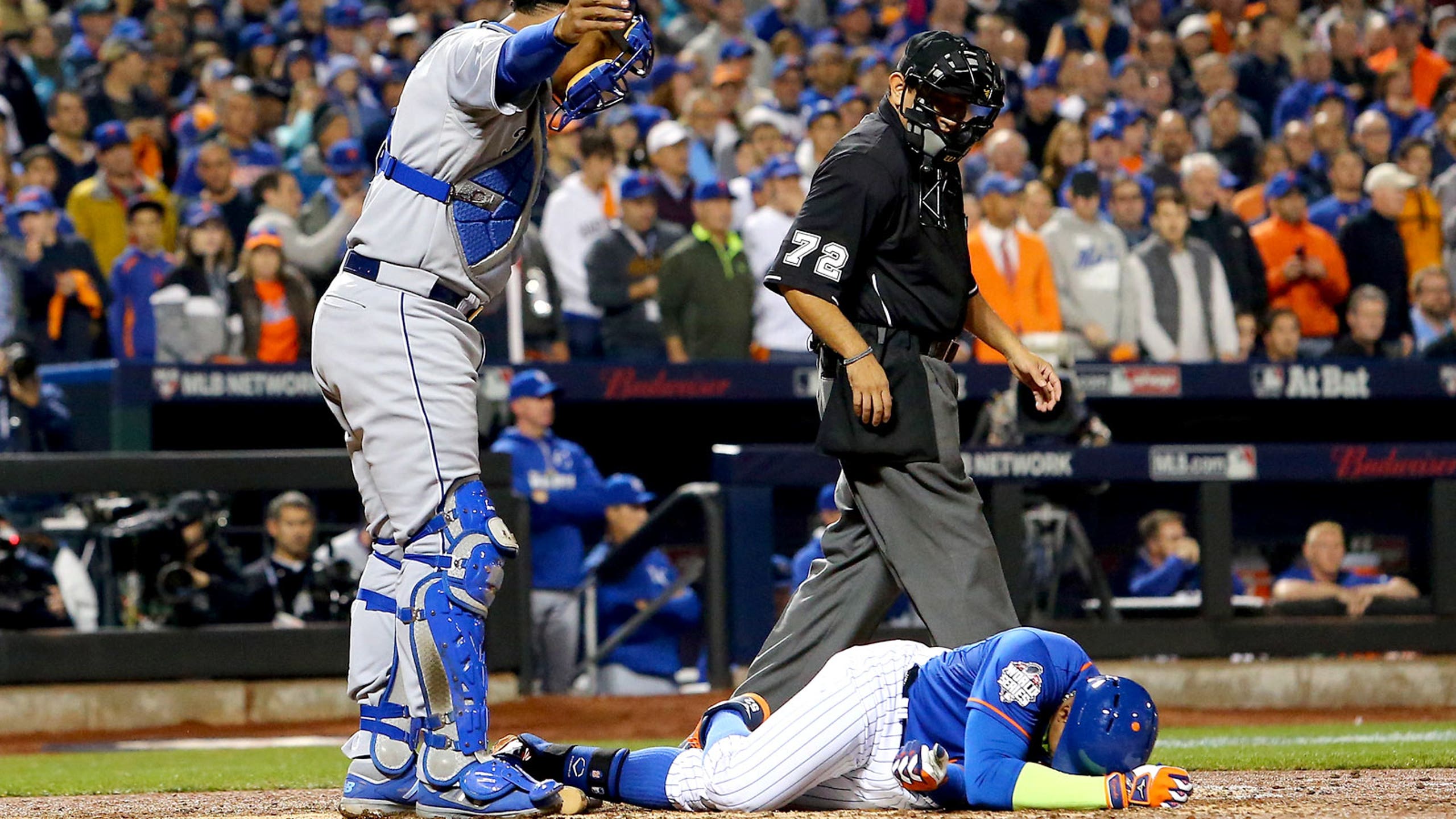 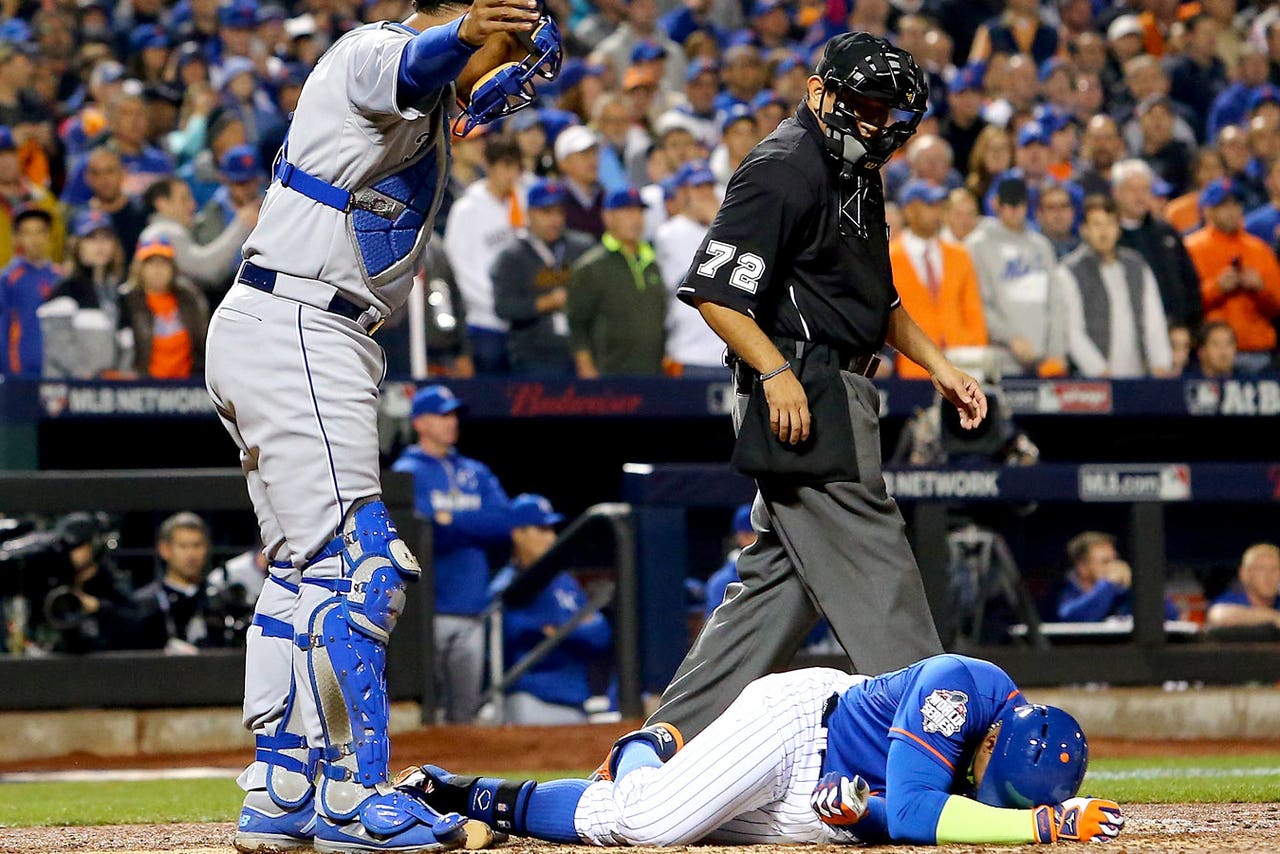 Mets star outfielder Yoenis Cespedes had to leave Game 5 of the World Series in the bottom of the sixth inning after fouling a ball off his left knee Sunday night.

Cespedes turned on an 0-1 sinker and barreled it directly into his knee. He collapsed to the ground and stayed there until trainers came to his aid. After some evaluation from Mets trainers, Cespedes stayed in to finish his at-bat which ended in a pop-up to short.

He limped off to the Mets dugout and didn't return to the field in the top of the seventh. He was replaced by Juan Lagares.

FOX Sports MLB Insider Ken Rosenthal reported that the injury is not a fracture, just a contusion on his left kneecap.

The Mets would end up losing Game 5 in 12 innings, falling to the Royals 7-2 as Kansas City claimed the championship four games to one.