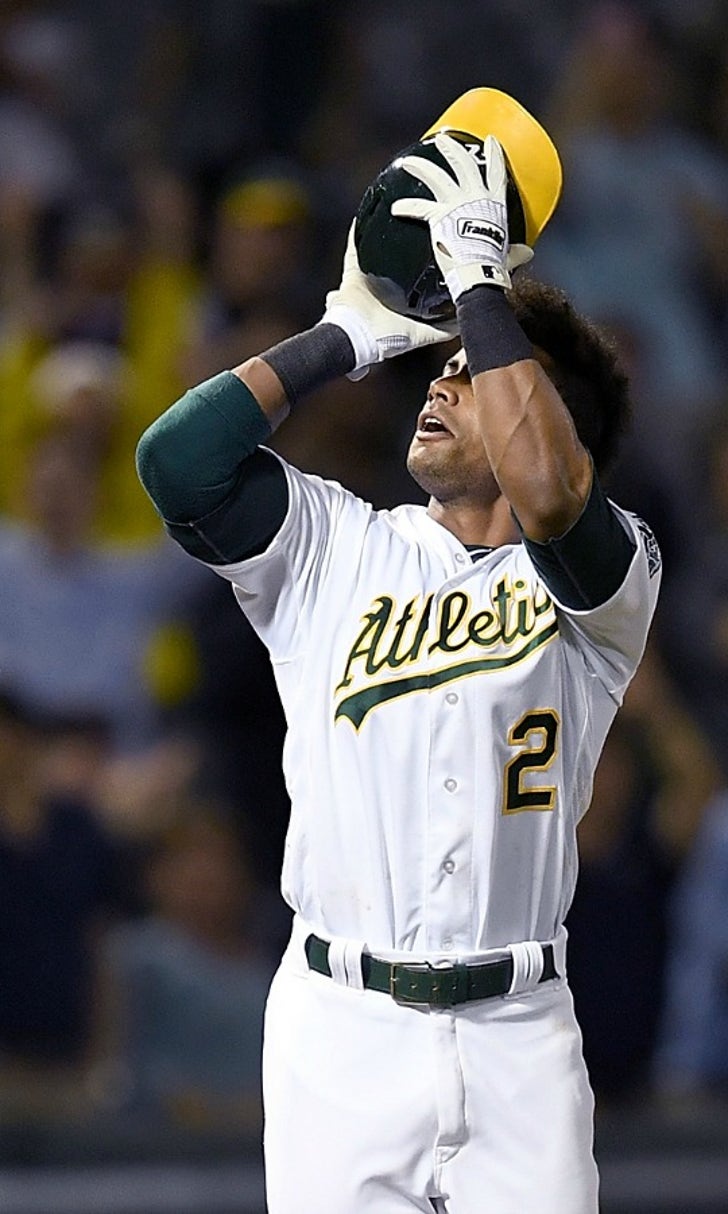 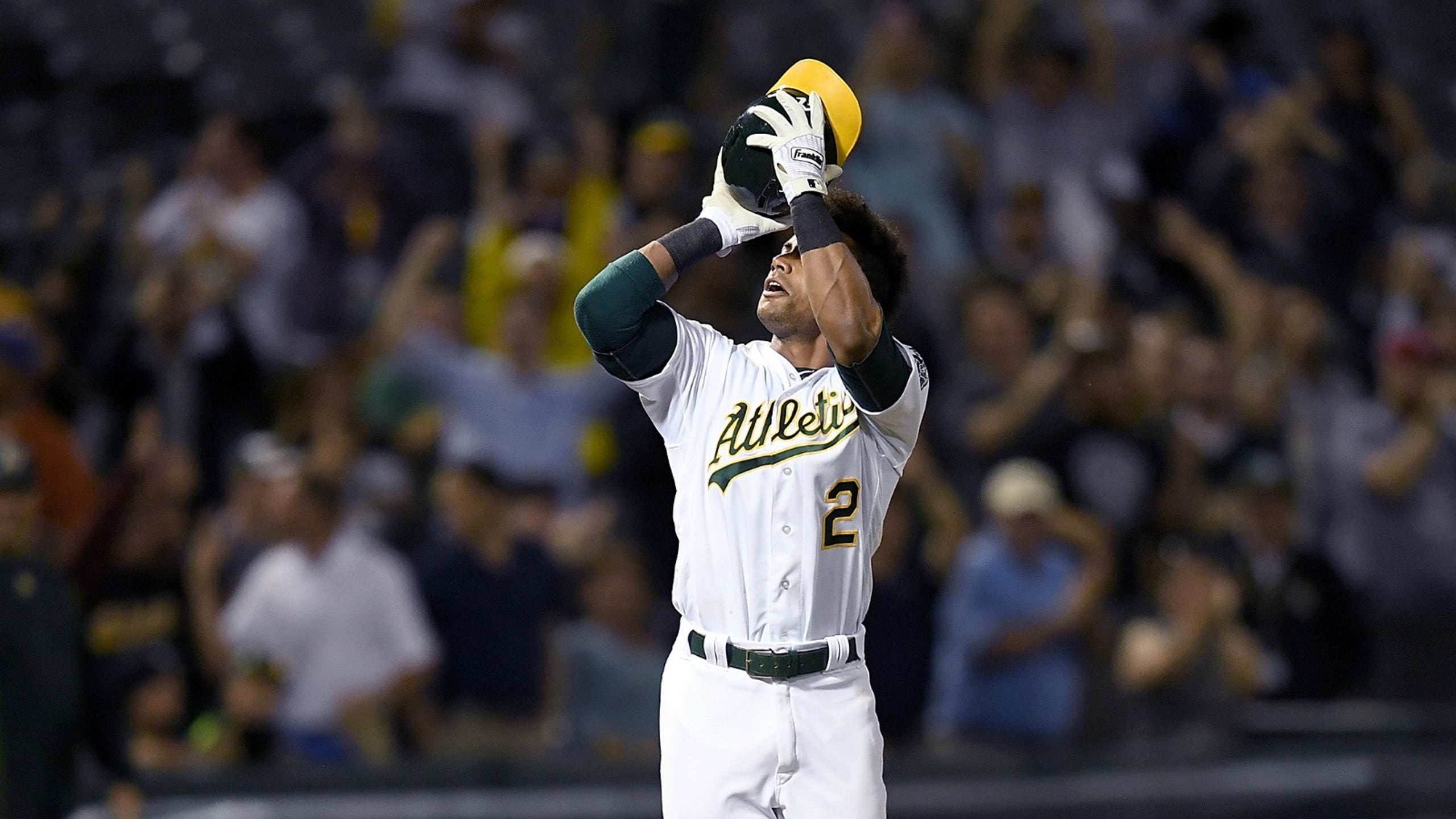 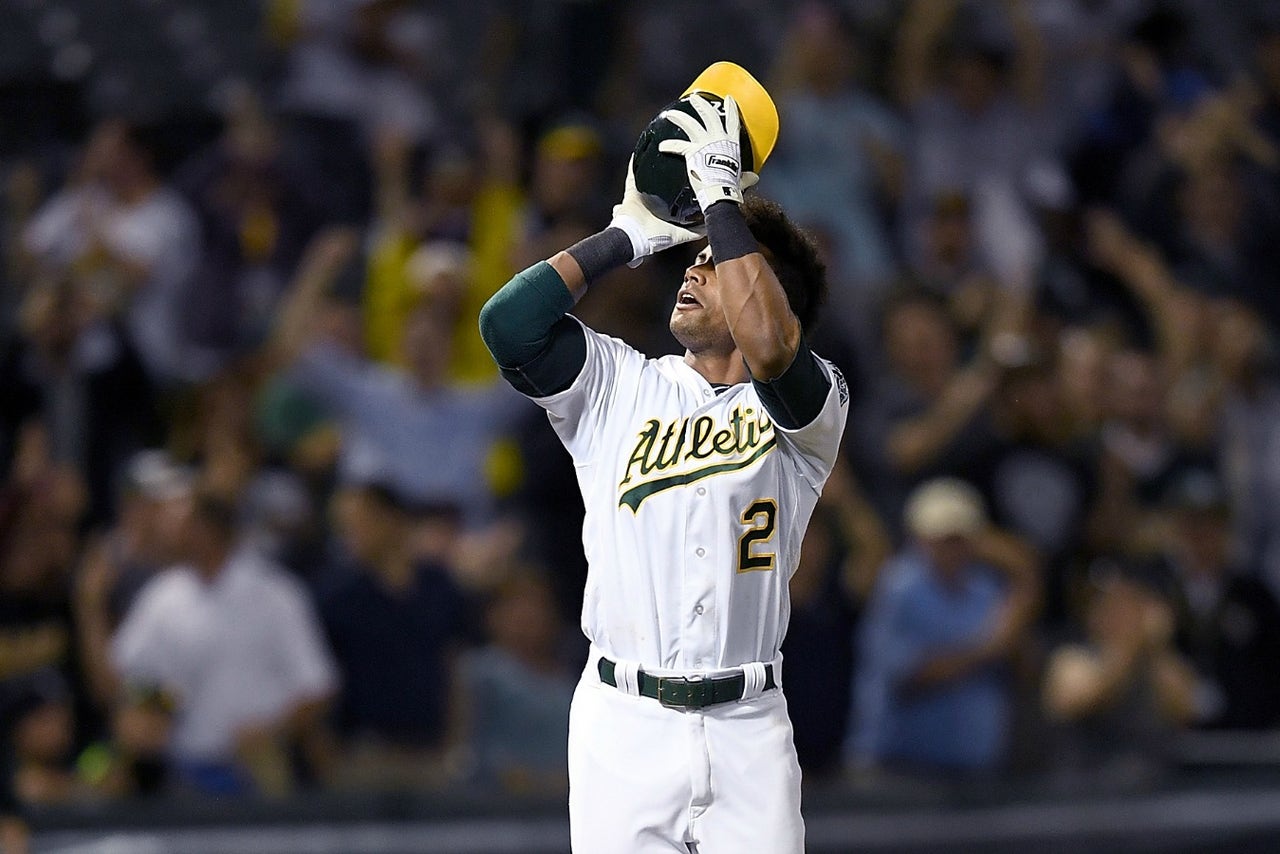 Oakland Athletics left fielder Khris Davis stepped up to the plate in the bottom of the ninth inning Tuesday with two outs and the bases loaded trailing the Rangers 5-4, and he mashed a grand slam deep into left field off Shawn Tolleson to win the game. The shot was Davis' third home run of the night, and he finished the game with six RBIs.

Just before Davis stepped on home plate to celebrate with his teammates, he stopped along the third-base line and showed off his jump shot, tossing his batting helmet into a mob of Athletics. 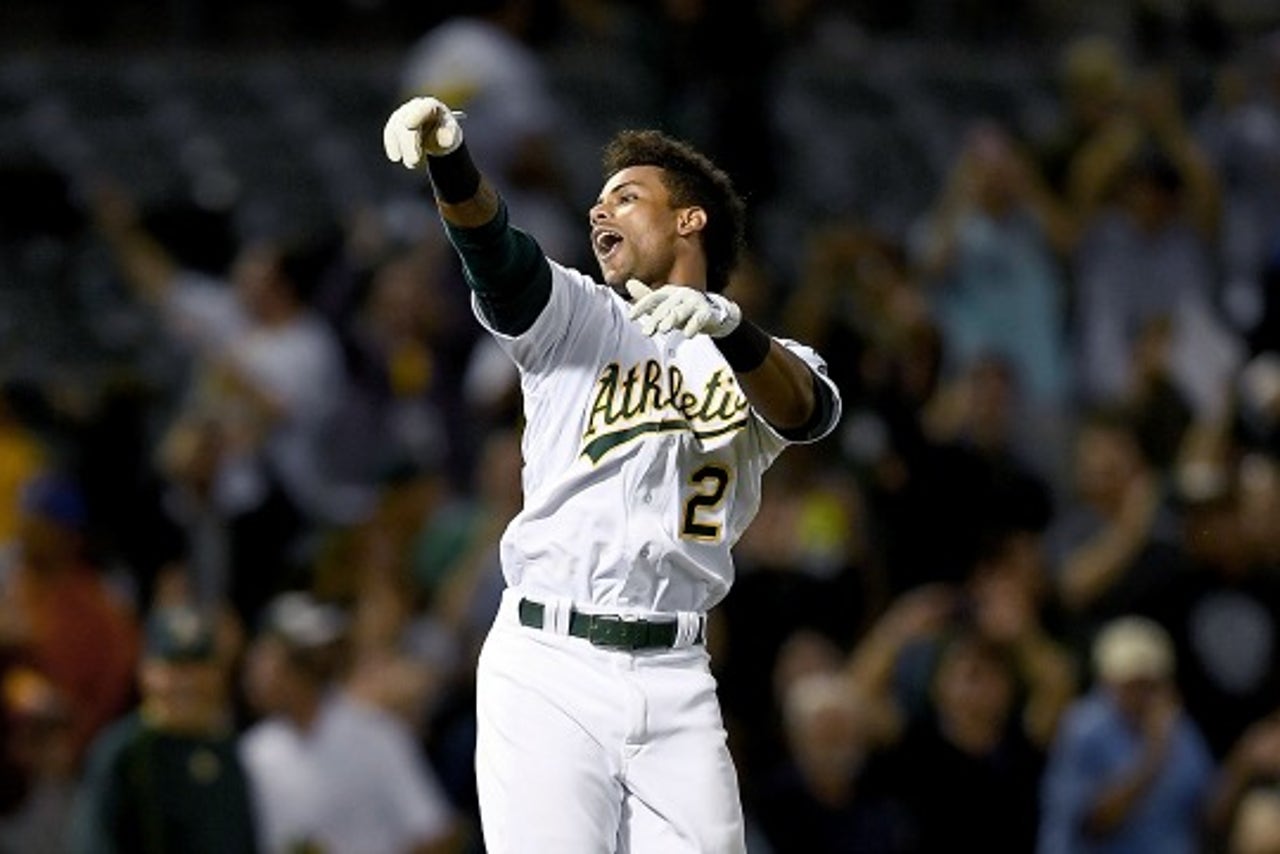 After the game Davis fell victim to a surprise pie attack, and was drenched with Gatorade and drowned in bubble gum. 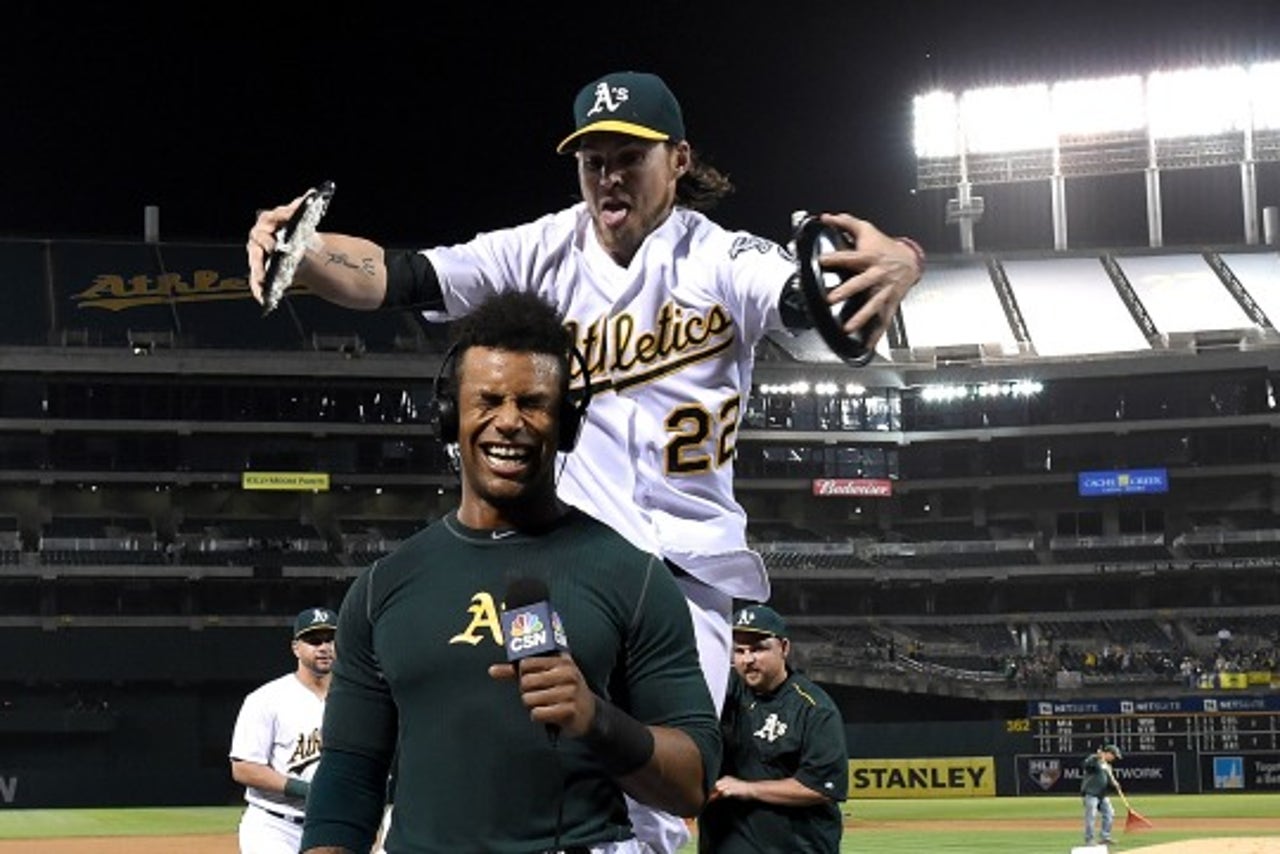 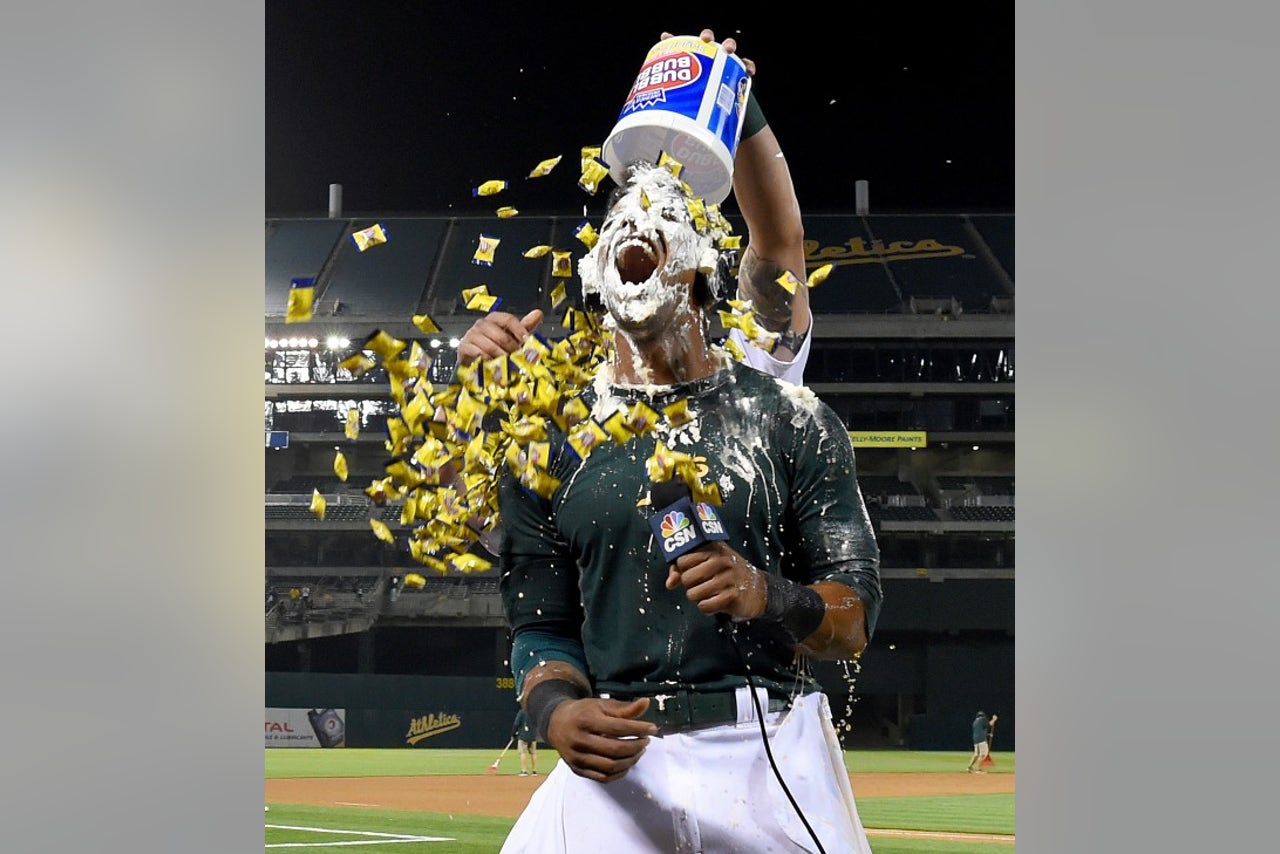 (Thanks to Deadspin for sharing this video.)