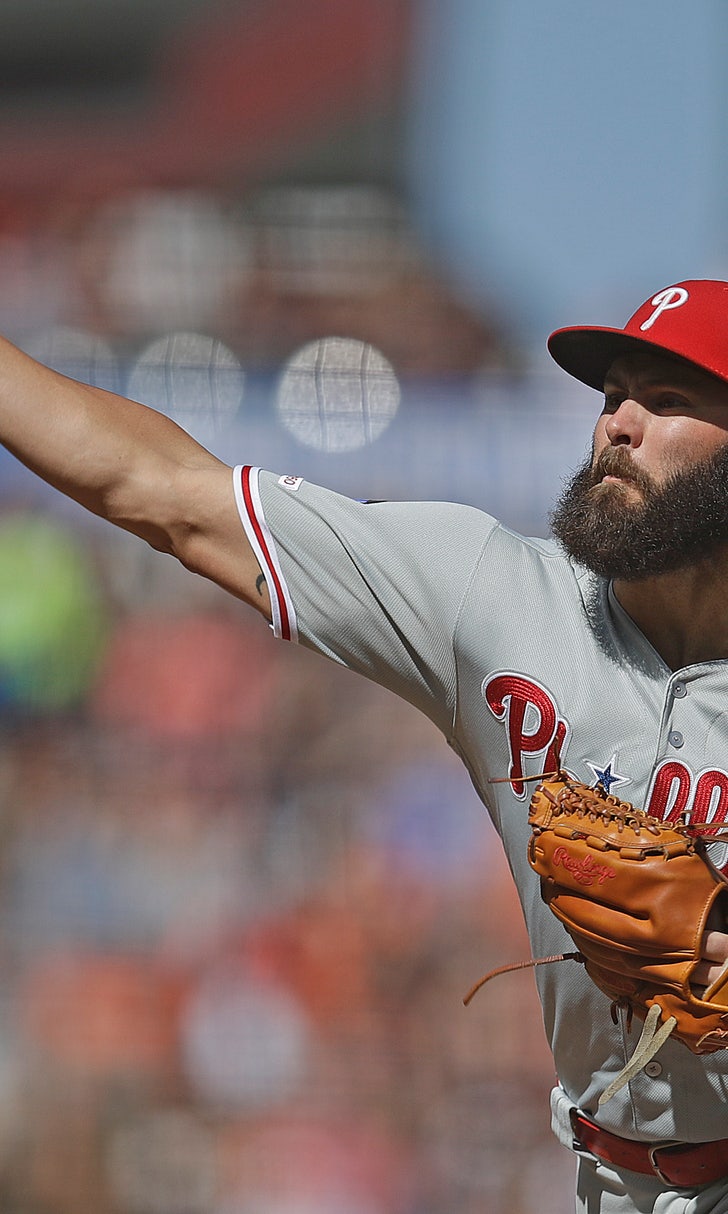 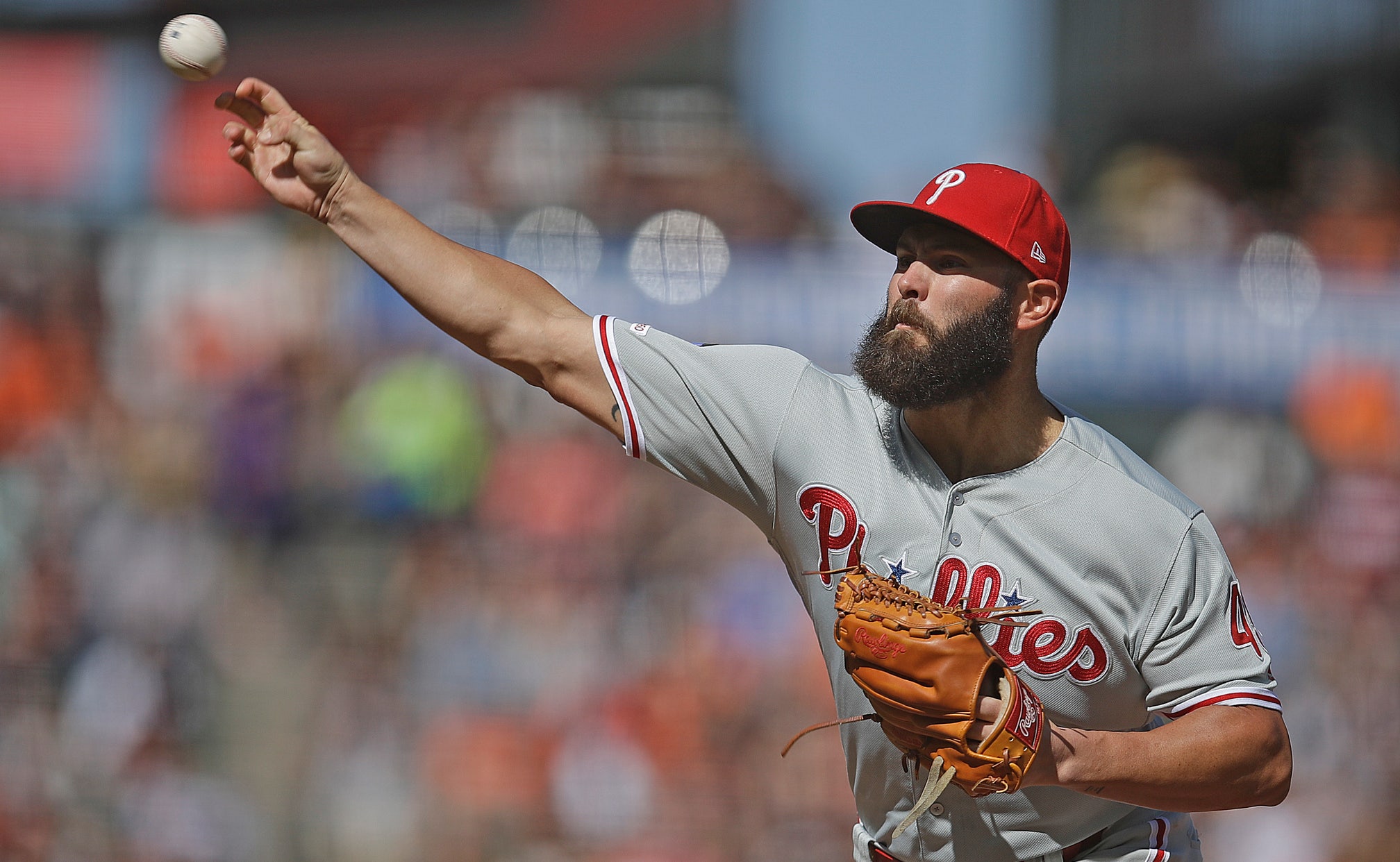 Jake Arrieta unlikely to pitch again this season for Phils

PHILADELPHIA (AP) — Phillies right-hander Jake Arrieta likely will have season-ending surgery soon because of a bone spur in his pitching elbow.

Arrieta, who was placed on the 10-day injured list Wednesday, has been pitching through pain for several starts but his inability to go more than five innings led him to shut it down. He was scheduled for an MRI on Thursday and will determine his course of action afterward.

"I wanted to try and make it work for as long as possible," Arrieta said. "I realized that I'm not able to give the team what it needs. The pain is something I can deal with, but it's the loss of feel and the ineffectiveness as the outings wear on. I think that the time is right to make it happen now and get a guy in the rotation that has pitched really well for us and give him an opportunity to get back to the form where he was at earlier in the season for us. I think we'll be in good hands."

Arrieta won the 2015 NL Cy Young Award with the Cubs. He has been mediocre since he joined the Phils on a three-year, $75 million contract in March 2018. The deal includes team options for $22.5 million in 2021 and '22. Arrieta also can opt out after this season, but it's unlikely he'll give up the $20 million he's due next year.