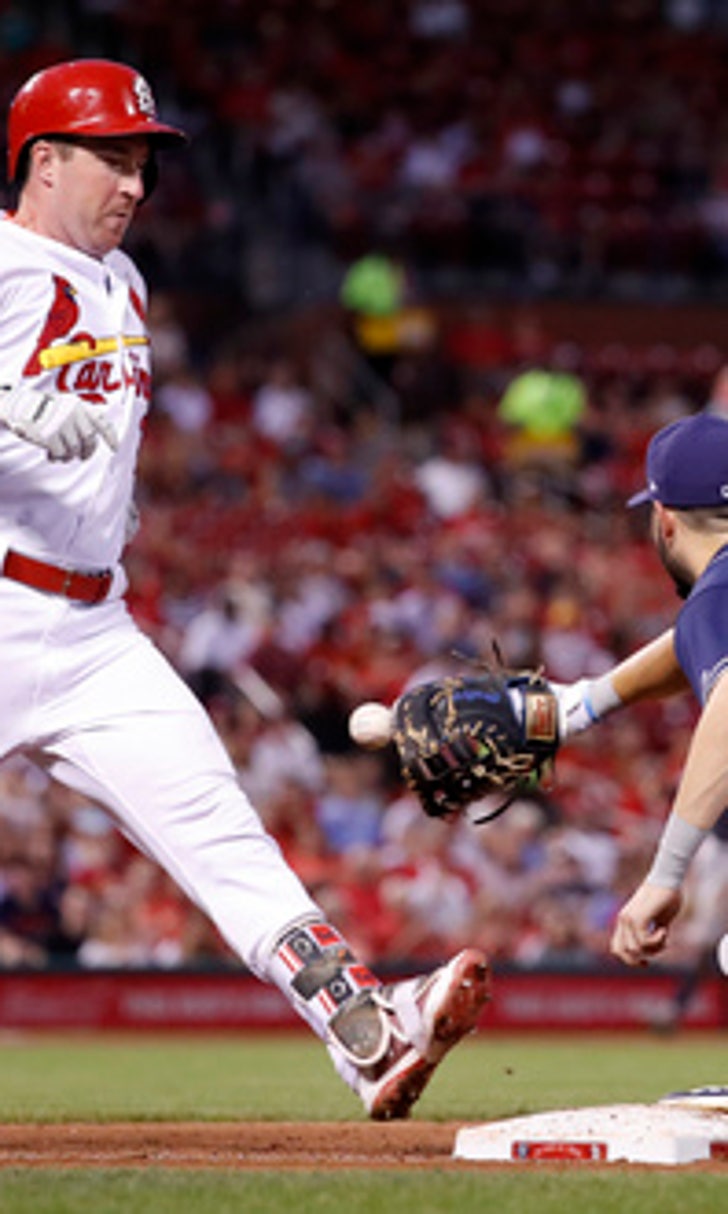 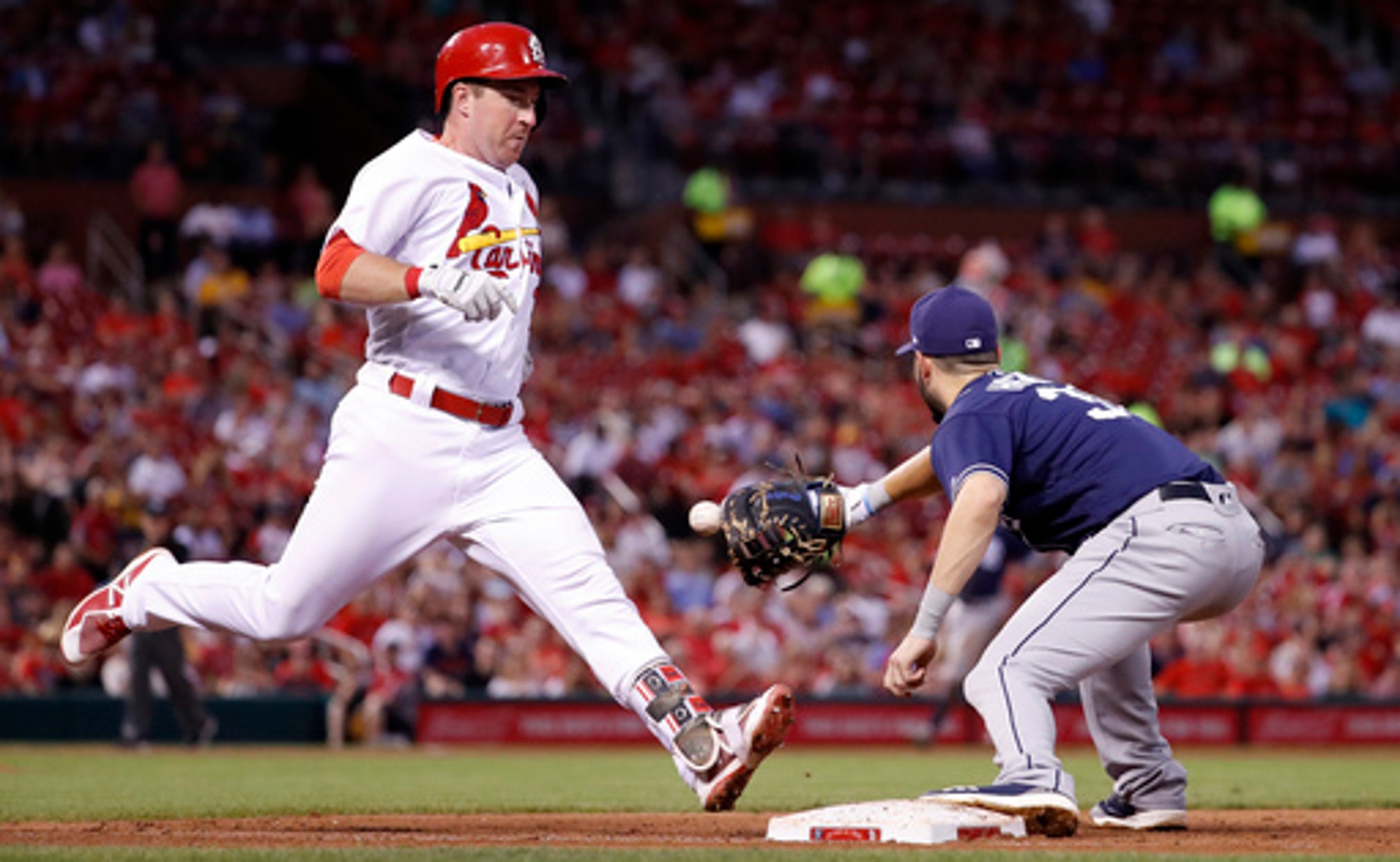 ST. LOUIS (AP) The Padres bullpen has stepped up to fill a hole in San Diego's rotation.

Eric Hosmer homered, San Diego's bullpen took a perfect game into the sixth inning and the Padres beat the St. Louis Cardinals 4-2 on Tuesday night for their 10th win in 14 games.

This was the third bullpen game for San Diego this season, all since left-hander Joey Lucchesi went down with a right hip strain.

Padres reliever Matt Strahm started the bullpen game and retired nine batters on 36 pitches, including four strikeouts. Adam Cimber (3-2) retired the next six with two strikeouts before Harrison Bader broke up the perfect game with an infield single in the sixth. Bader was promptly erased in a double play.

''In that situation, I know on a bullpen day, me coming in the fourth inning I'm probably looked at to get at least a few (innings),'' Cimber said. ''You still take it one hitter at a time.''

Strahm, a lefty, and Cimber, a submarine righty, make a stark contrast for opposing hitters.

The Padres' nine-man bullpen makes the starter-by-committee approach effective. Green said he plans to go with it again Sunday.

''We've got seven arms available,'' Green said. ''I'm going to guess that's more arms available than almost every team in major league baseball, so it's not putting the stress on our bullpen that a lot of people presume it is.''

Brad Hand pitched the ninth for his 20th save.

Hosmer drove the first pitch of the fourth inning to center field to give the Padres a 1-0 lead. It was his second home run in three games.

A.J. Ellis tacked on two more with a two-out hit in the fourth. The Cardinals challenged the safe call on the second run, but replay showed the Freddy Galvis beat catcher Yadier Molina's tag at home plate.

''Basically the first strike you see you want to be aggressive,'' Ellis said. ''I found a pitch to find a hole on.''

Cardinals starter Miles Mikolas (7-2) struck out five in six innings and walked none. He has walked one or less in all seven of his home starts this season, but St. Louis still lost for the second time in three games.

''I felt like my stuff was pretty good today,'' Mikolas said. ''I made some pretty good pitches. I think the ball Hosmer hit was a decent pitch.''

Marcell Ozuna's RBI single snapped the Padres' shutout bid in the seventh. Ozuna has driven in five runs in his last four games.

''I thought our offense did a pretty good job of getting some things rolling toward the end of the game,'' Bader said. ''Just today, it just showed up a little too late.''

Padres: OF Franchy Cordero (right forearm strain) took batting practice and hopes to begin a rehab in a couple of days.

Cardinals: RHP Matt Bowman (right hand blisters) gave up a run in two innings Monday at Triple-A Memphis and could be activated by the end of the week.