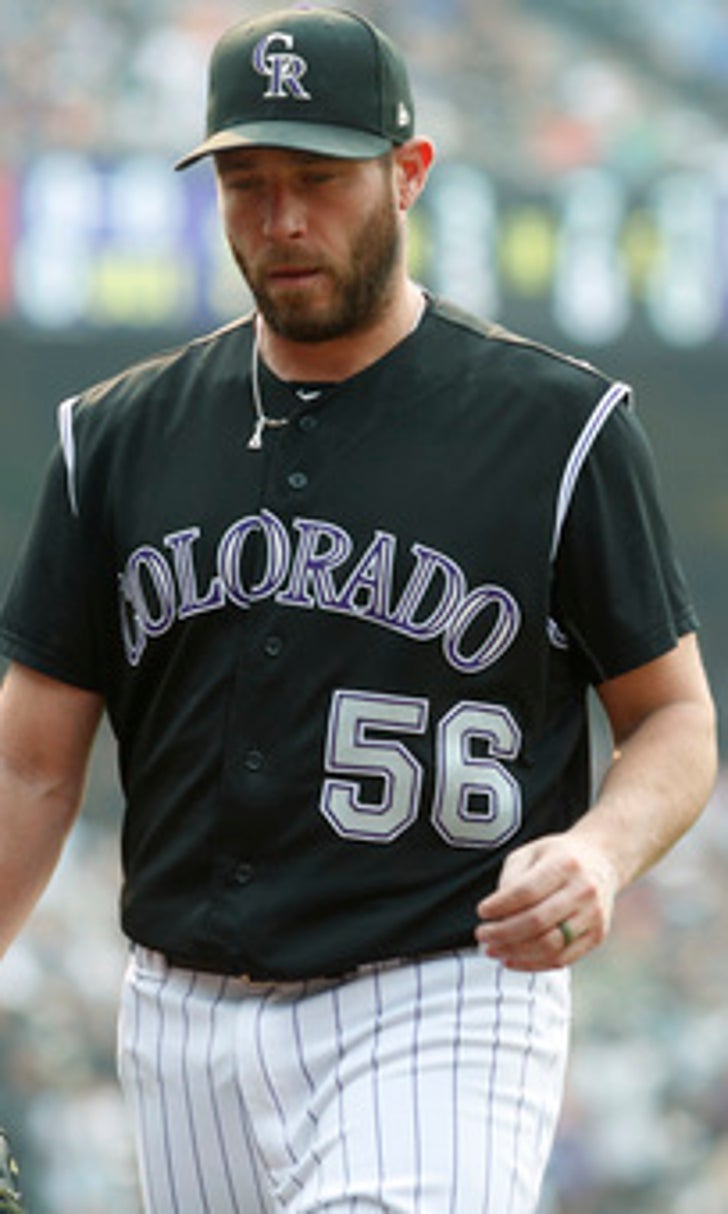 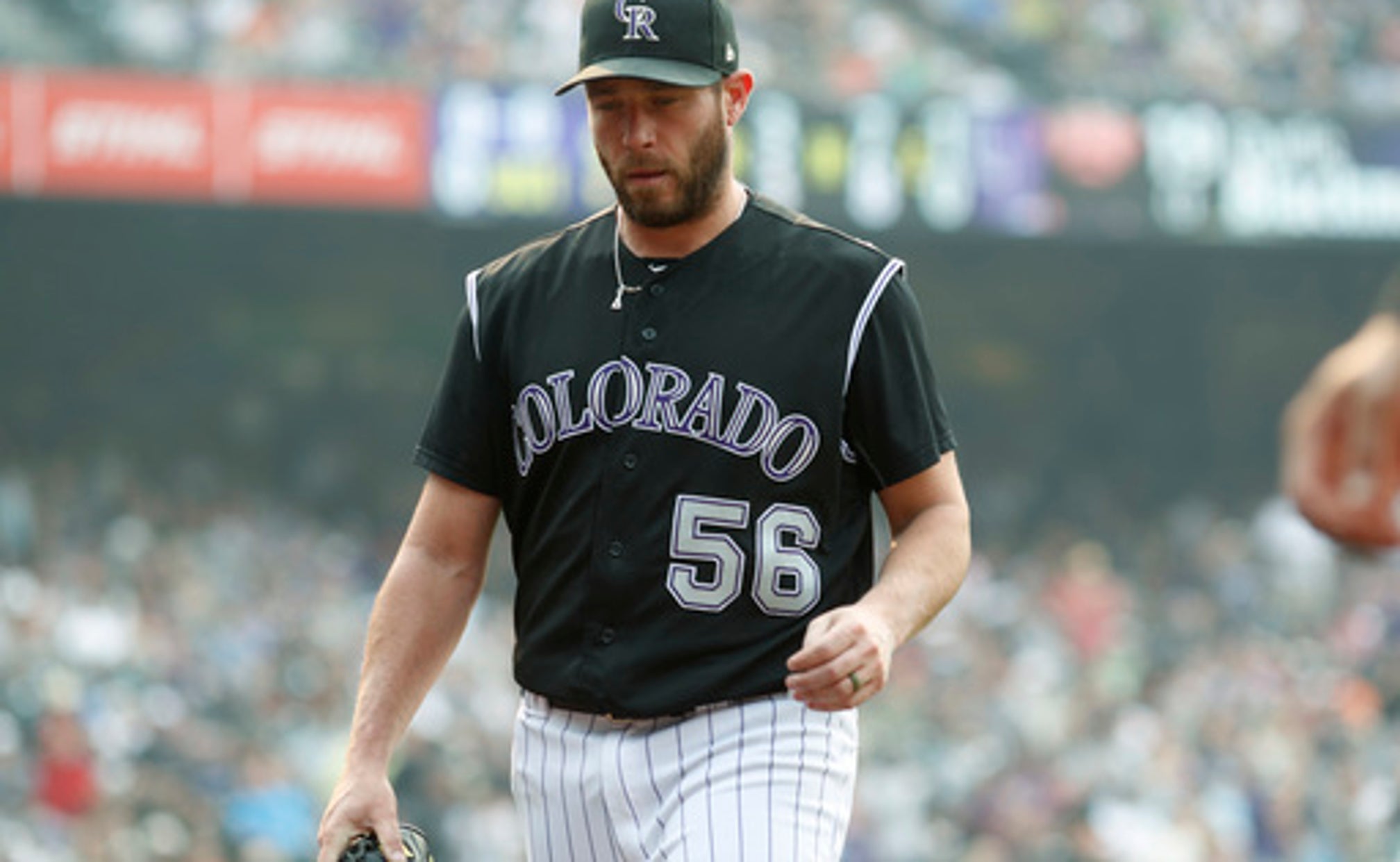 DENVER (AP) Carlos Gonzalez peered through the haze caused by smoke from the western wildfires and watched a sinker sail wide. He instantly raised his hands.

This walkoff walk felt that gratifying for an outfielder who's been in a season-long slump and for a team that's recently been struggling to collect victories.

Gonzalez drew a two-out, bases-loaded walk in the ninth, and the Colorado Rockies halted a four-game skid by beating the San Francisco Giants 4-3 on Monday.

''This shows that we don't have to do anything crazy to win ballgames,'' Gonzalez said.

It was still a little crazy for the Rockies, who increased their lead to 1 1/2 games over Milwaukee for the second NL wild-card spot.

After all, Charlie Blackmon began the ninth with a double off Steven Okert (1-1) that got caught up in the wind and left fielder Mac Williamson couldn't corral with a last-ditch sliding attempt.

Then, with one out, Nolan Arenado was intentionally walked and Gerardo Parra drew another walk to load the bases. Pinch-hitter Pat Valaika was struck out by Cory Gearrin, setting the stage for Gonzalez.

Gonzalez took a sinker away, then another pitch in the dirt and another sinker high. Gearrin's fourth pitch - another sinker - missed wide as Gonzalez was congratulated at first base by teammates.

It was the sixth walk-off walk in Rockies history and second this season. Arenado drew a game-winning walk on Aug. 3 against the New York Mets.

''Cargo knows how to rise to the occasion,'' Colorado outfielder/infielder Ian Desmond said. ''He did - and sometimes that's by not swinging. That's by being in control. He was.''

Gearrin was simply trying to stay out of Gonzalez's power zone.

''It's just unacceptable for me to come in and not throw strikes and make that a competitive at-bat,'' Gearrin said. ''Very frustrating for me.''

Same for Giants manager Bruce Bochy. Especially that fly ball from Blackmon that started the inning.

''Okert gets the fly ball and we don't handle it,'' Bochy said. ''That puts us in a tough position. ... Especially in this ballpark, you've got to make the plays. We didn't today.''

Greg Holland (3-5) pitched a perfect ninth and turned in a play that energized the crowd. He somehow fielded a comebacker from Pablo Sandoval that knocked the closer down before he was able to throw the ball to first.

''When I heard the crowd cheer like that, I knew we were going to make that game happen,'' Desmond said.

Blackmon hit his 33rd homer of the season and DJ LeMahieu extended his hitting streak to 12 games as Colorado improved to 8-0 at home against the Giants this season.

Joe Panik and Denard Span each hit solo homers into the second deck in right field. Panik also tied the game at 3 with an RBI single in the sixth.

Giants: Bochy said RHP Matt Cain is away from the team for personal reasons. He's expected to rejoin the team in Chicago against the White Sox this weekend.

Chad Bettis threw 5 1/3 innings and allowed three runs in his fifth start since returning from testicular cancer. He came up big at the plate with a two-out, run-scoring single in the fourth. It was his first RBI of the season.

''He kept us in the game,'' manager Bud Black said.

Giants starter Chris Stratton threw 98 pitches before calling it a day after four innings. ... 3B Sandoval went 0 for 4 and is hitless in his last 33 at bats.

Desmond played at shortstop for the first time since Oct. 4, 2015. He didn't appear the least bit rusty, even fielding three straight grounders in the fourth.

Desmond was moved to first base when Trevor Story entered the game in the sixth.

Giants: Denver native Ty Blach (8-11, 4.68 ERA) will throw for the Giants on Tuesday. The left-hander will be facing Colorado for a third time as a starter this season.