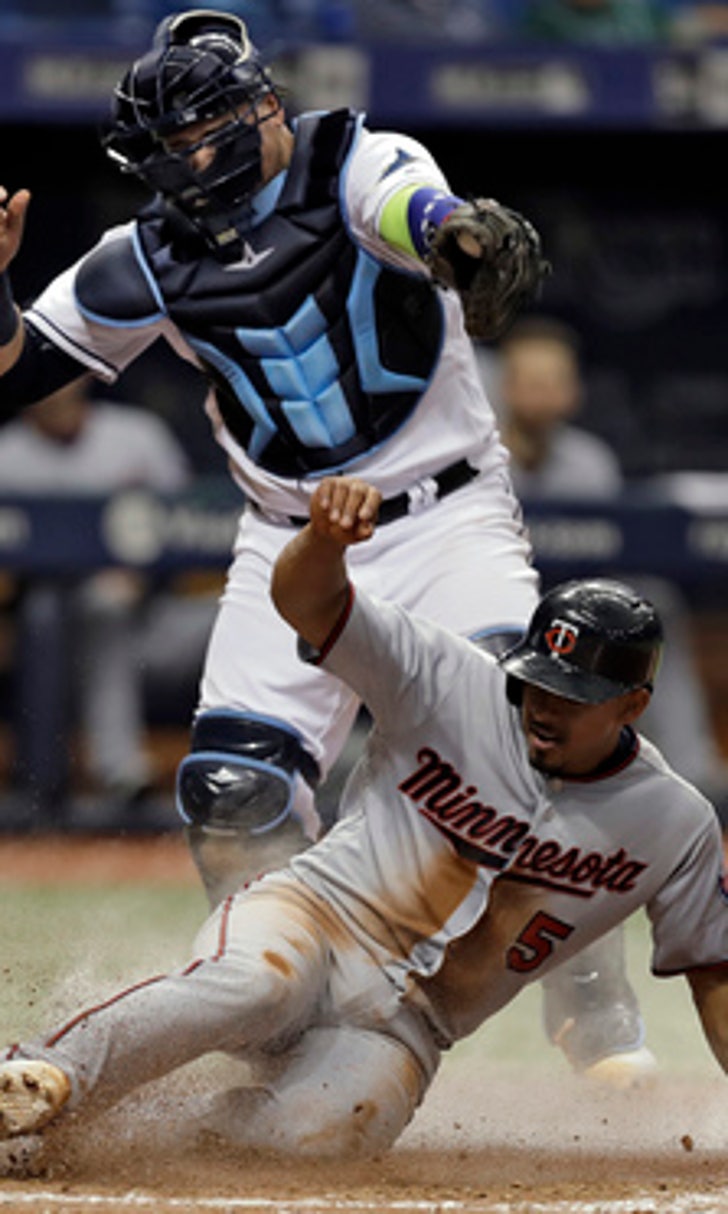 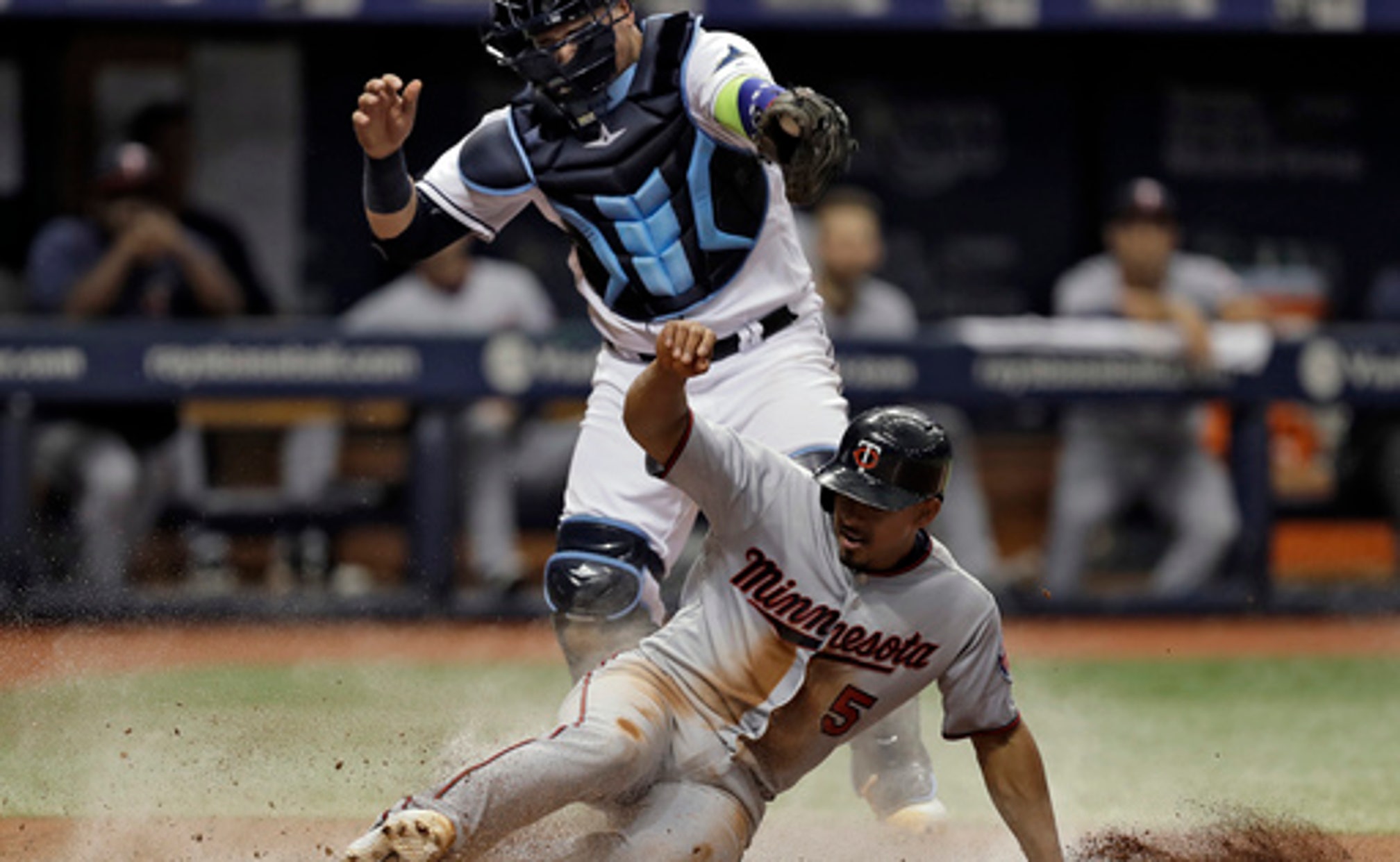 ST. PETERSBURG, Fla. (AP) The Minnesota Twins didn't want to call it a must-win. Still, they know how important it was.

Eduardo Escobar had three hits and three RBIs, Brian Dozier and Ehire Adrianza both homered and the Twins beat the Tampa Bay Rays 10-6 on Wednesday.

''It's too early for must-wins,'' Minnesota manager Paul Molitor said. ''But given the circumstances of coming off a tough series against the Royals and losing the first two (here), it stymies that negative momentum and hopefully it gets us back on track.''

Minnesota ended a three-game skid and took a half-game lead over the Angels for the second AL wild-card spot. Los Angeles lost 3-1 to Oakland.

''We leave here with a positive mind,'' Escobar said through a translator. ''The offense struggled in the first two games here and we didn't hit well. Knowing that we won and the offense woke up again gives us momentum to go to Kansas City.''

A three-game sweep would have destroyed the wild-card edge the Twins brought to Tampa Bay. The Rays, who are near the back of the wild-card pack, would have been only one game behind Minnesota.

''Sweeping is hard in the big leagues,'' Rays right fielder Steven Souza Jr. said. ''We just had so many opportunities to win this ball game and everybody was fighting. We know we gained a game, (but we) could've gained three and that would have been an enormous swing.''

The Twins scored three runs in the seventh to take the lead for good. Dozier, who hit his 29th homer leading off the game, was walked by reliever Steve Cishek (2-1) to open the inning. Jorge Polanco then bunted and Cishek threw wildly past first base, allowing Dozier to come all the way around to score for a 7-6 lead with Polanco advancing to third.

One out later, Escobar singled to right-center to drive in Polanco. Robbie Grossman doubled off Austin Pruitt and pinch-hitter Joe Mauer was intentionally walked to load the bases, and Max Kepler followed with a run-scoring grounder for a 9-6 lead.

Escobar tripled with one out in the ninth and scored on Grossman's sacrifice fly to cap the scoring.

Longoria tied the score in the bottom of the first with his 18th homer - and first since Aug. 1 - but Adrianza's three-run shot in the second put the Twins back ahead 4-1.

Duda tied it again with a three-run homer, his 28th, off Twins starter Aaron Slegers in the third.

Escobar's two-run single in the fifth put Minnesota back ahead 6-4, but the Rays tied it again on Kiermaier's two-run homer in the bottom of the inning.

Blake Snell gave up six runs and seven hits in four innings for the Rays.

The Rays will leave for Boston on Thursday afternoon, about two days before Hurricane Irma is expected to impact the Tampa area. Monday night's scheduled game against the New York Yankees here is far from a certainty. ''Obviously we're watching the news like everybody else but it seems to be unpredictable,'' manager Kevin Cash said. ''We'll kind of go along with what MLB and our front office goes with. We'll make adjustments on the fly. It's really out of our hands.''

Rays: 1B Logan Morrison was out of the lineup for a second straight game with a stomach virus.

Twins: RHP Kyle Gibson will pitch Thursday night in the opener of a four-game series at Kansas City.

Rays: RHP Pruitt, who pitched two-thirds of an inning Wednesday, is scheduled to face Boston in Friday's opener of a three-game series.