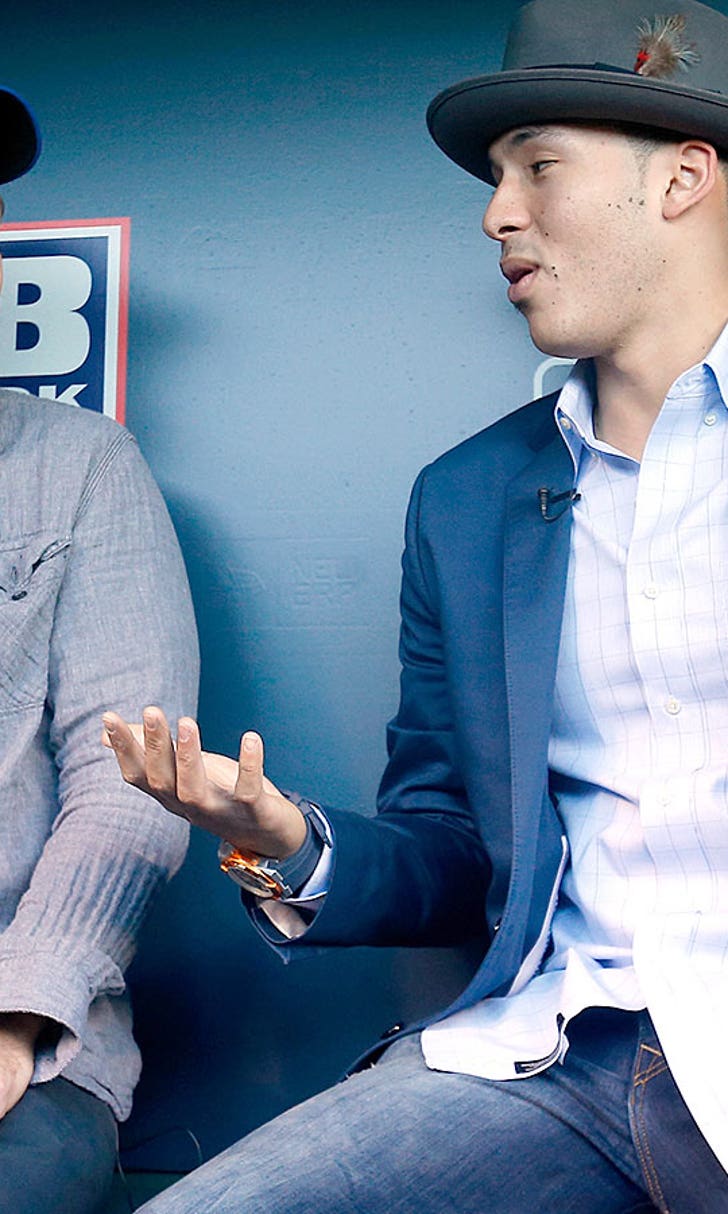 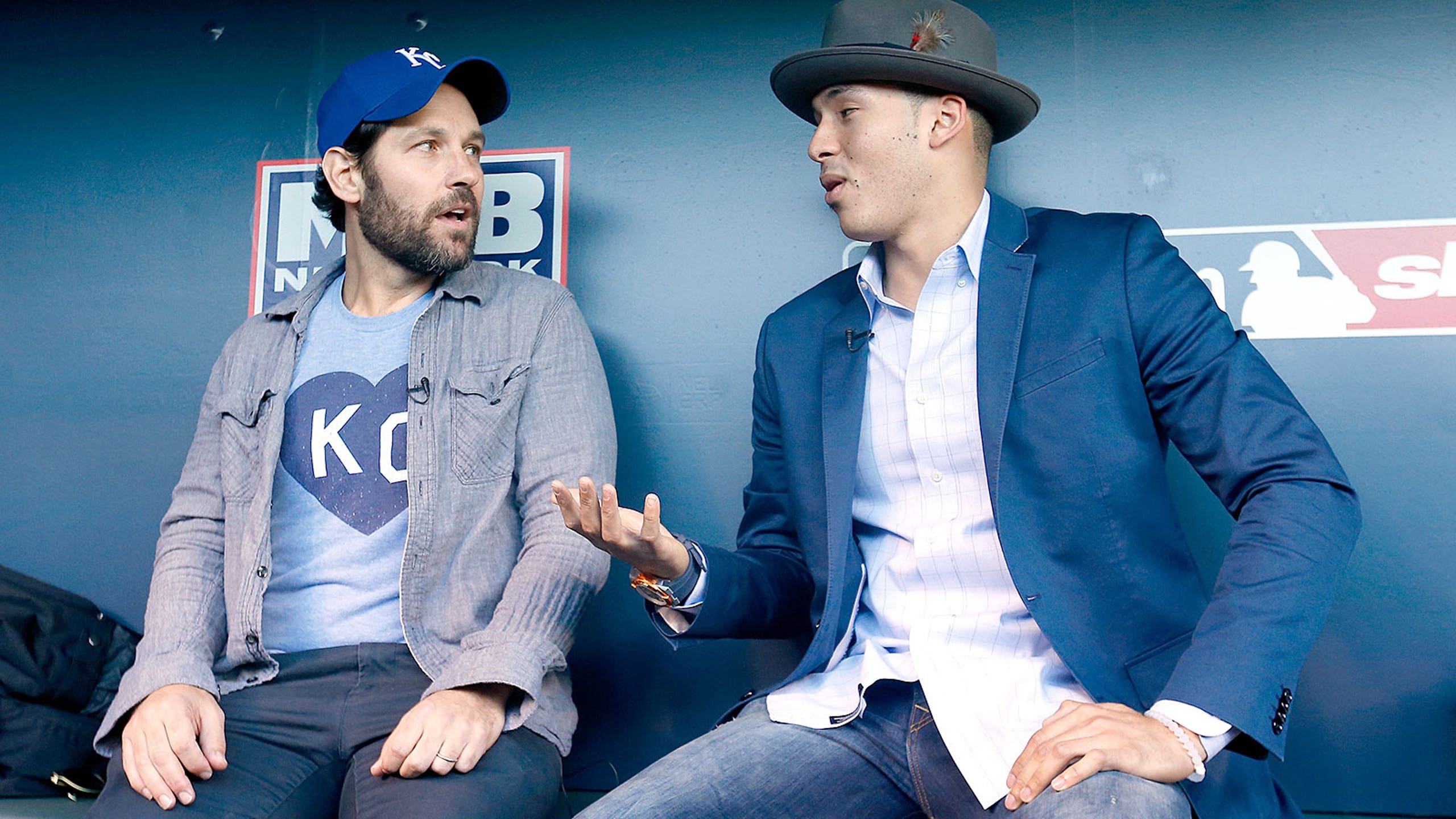 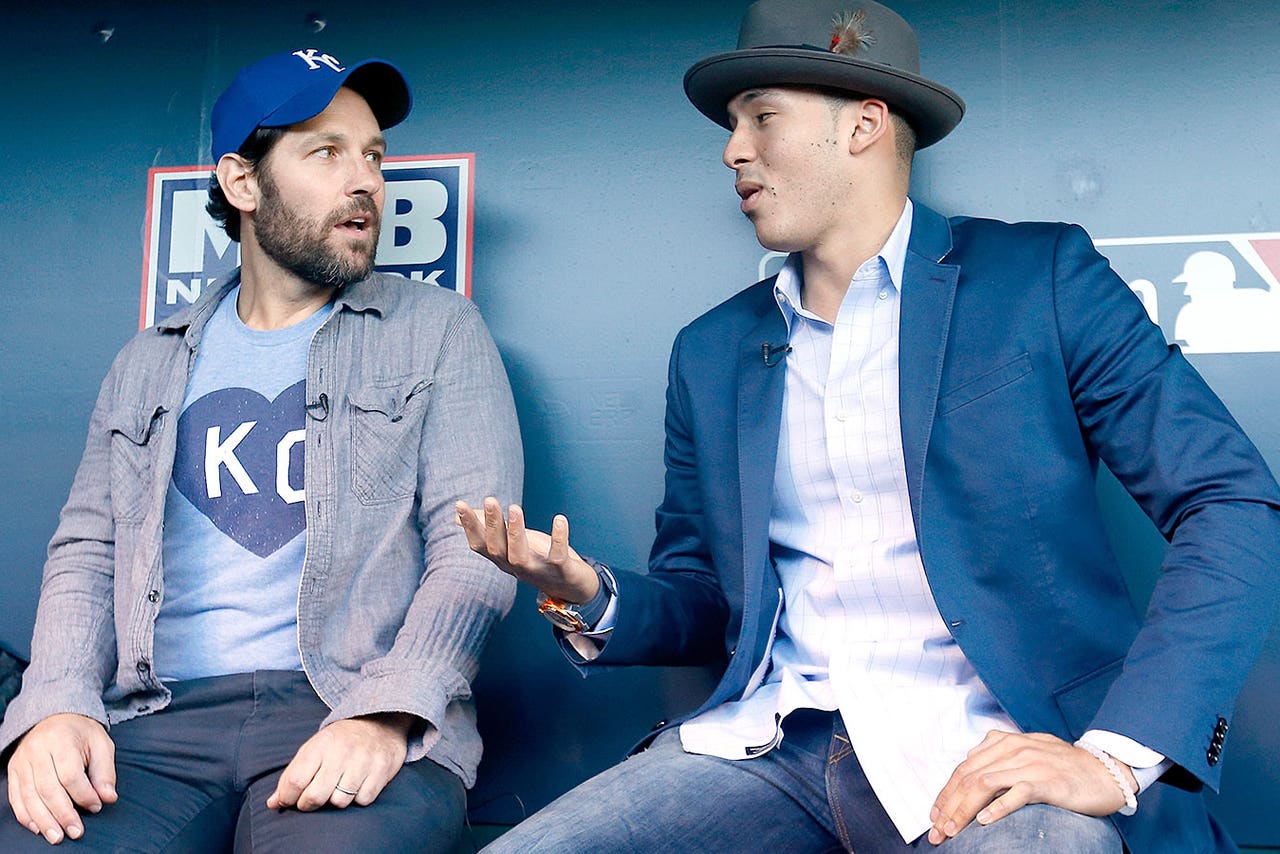 Houston Astros shortstop Carlos Correa continued his 'internship' with MLB during Game 2 of the World Series on Wednesday, and he definitely had a full day of activities planned out for him.

.@TeamCJCorrea is looking sharp on the field before #WorldSeries Game 2. Presented by @Ford #SYNC3 pic.twitter.com/52VEbjMXZQ

Wearing another fashionable hat, the 21-year-old phenom shared images from his day on his Twitter account: first, he met up with longtime MLB manager Jim Leyland for an on-field chat at Kauffman Stadium:

Hanging out with the great Jim Leyland at the K⚾️ #WorldSeries pic.twitter.com/OFmniwEXK8

Then, Correa had some back-and-forth with actor and noted Kansas City Royals fan Paul Rudd - whom, it was pointed out by NBC Sports' Drew Silva on Twitter, was in 1995's 'Clueless' when Correa was just 10 months old.

Paul Rudd and @TeamCJCorrea chat about movies and baseball in the dugout at #TheK. pic.twitter.com/z56o1CfRie

Correa also paid a visit to the Negro Leagues Baseball Museum where he posed next to a statue of the great Judy Johnson:

Next to the great shortstop, Hall of Famer, Judy Johnson at the Field of Legends in the @nlbmprez #beautifulgame pic.twitter.com/MVDBJeaXTd

Then, just for good measure, Correa hit the Kauffman Stadium press box to try his hand at baseball reporting...

Taking over as an @MLB reporter? pic.twitter.com/YlwbsUWPeN

As you'd imagine, this has all been a fun experience for the Astros' young star, and you have to wonder if he'll really come full circle and be a participant in the Fall Classic once next October rolls around...

Great experience attending my first #WorldSeries ! Fantastic production by @MLB. Can't wait to be part of it as a player one day #soon ⚾️

Correa Walk-Off Forces Game 6
The Houston Astros are one win away from forcing the ALCS to a winner-take-all matchup, after a big win in Game 5.
October 15, 2020
those were the latest stories
Want to see more?
View All Stories
Fox Sports™ and © 2021 Fox Media LLC and Fox Sports Interactive Media, LLC. All rights reserved. Use of this website (including any and all parts and components) constitutes your acceptance of these Terms of Use and Updated Privacy Policy. Advertising Choices. Do Not Sell my Personal Info