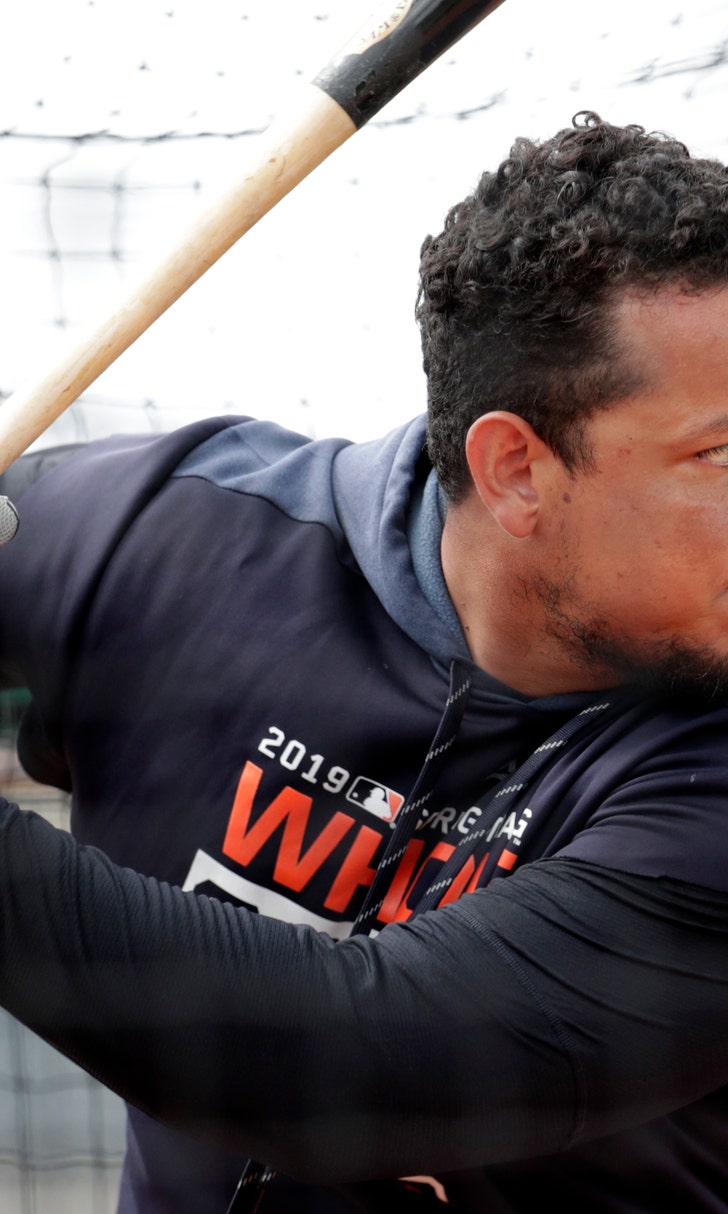 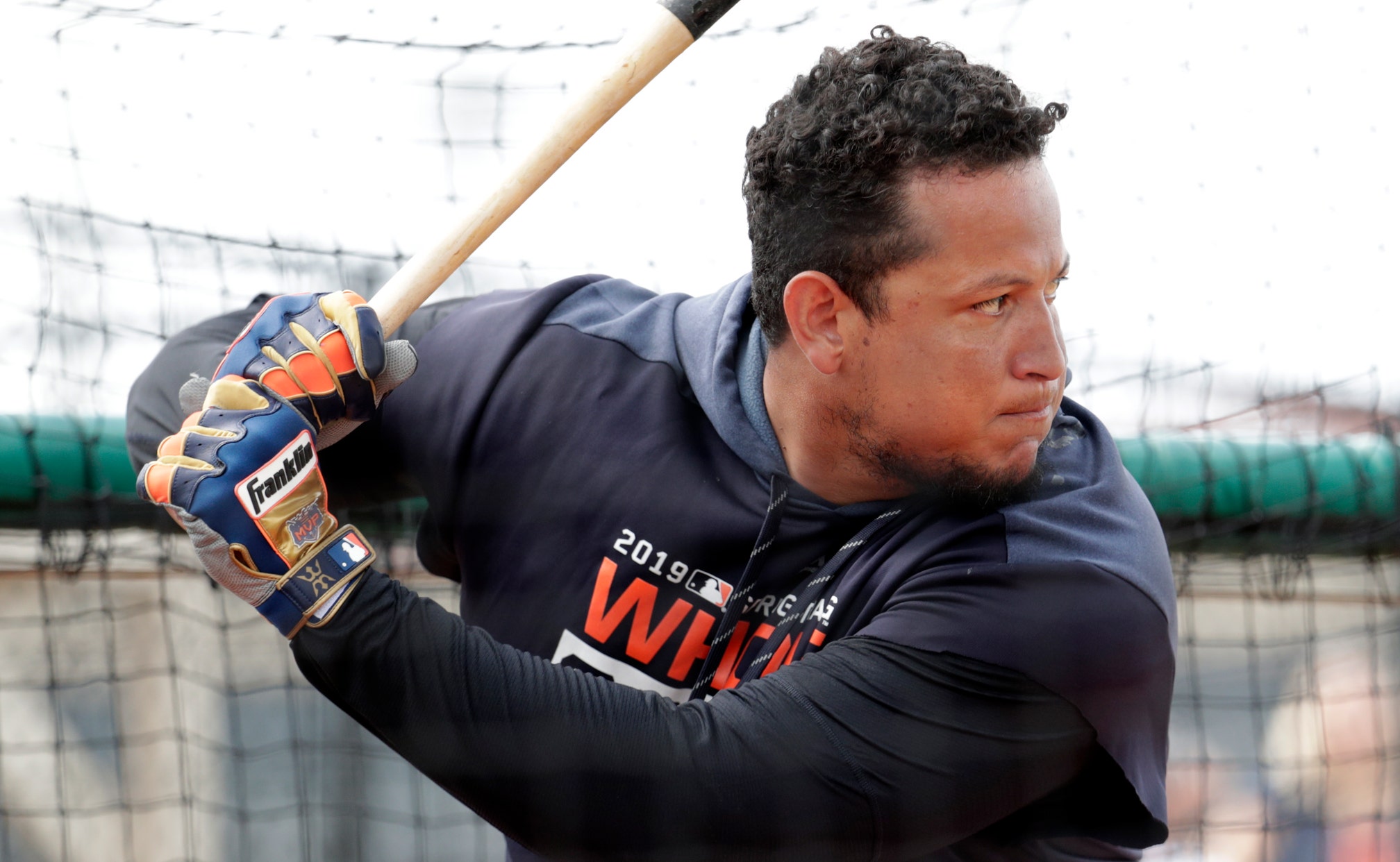 LAKELAND, Fla. (AP) — Miguel Cabrera hit against a pitcher Monday for the first time since rupturing a tendon in his left biceps on June 12.

The 35-year-old hit, fielded, threw and ran the bases Monday during the Detroit Tigers' first full-squad workout of spring training.

"I feel good about being back on the field and playing," the two-time AL MVP said. I can't be hurt this year. I want to do my job."

Cabrera strained a hamstring last year and then had the arm injury that required season-ending surgery. He was limited to 38 games.

He also missed 32 games in 2017 due to a strained groin and back issues.

"One guy in the lineup being hurt changed the whole lineup, changed everything," he said. "The bottom line is I've got to stay healthy."

Cabrera has been running and lifting weights, and looks like the same 6-foot-4, 249-pound athlete who has 465 home runs with a .316 batting average.

"He's bouncing around, doing all kinds of stuff," manager Ron Gardenhire said. "He's excited to get out there. I think people forget how gifted he really is when he's doing simple drills at first base."

Cabrera says he is not ready to be a full-time designated hitter.

"Right now, no," he said. "But if they talk to me and say something to me, I'm always open to everything, and if the team is better with me being the DH, I'm the DH. If we're better with me at first base, I'll play first."

Gardenhire says the decision will be made by Cabrera's body.

The biceps is totally healed, according to Cabrera.

Notes: RHP Michael Fulmer was back in camp after losing his arbitration case. He will get $2.8 million instead of $3.4 million. "I'm not going to complain about my salary. I'm blessed to play this game, I'm blessed to get paid like we do to play this game," he said. "The Tigers were very professional about it. I wouldn't bad mouth the team about anything. Obviously I would have liked to have won."