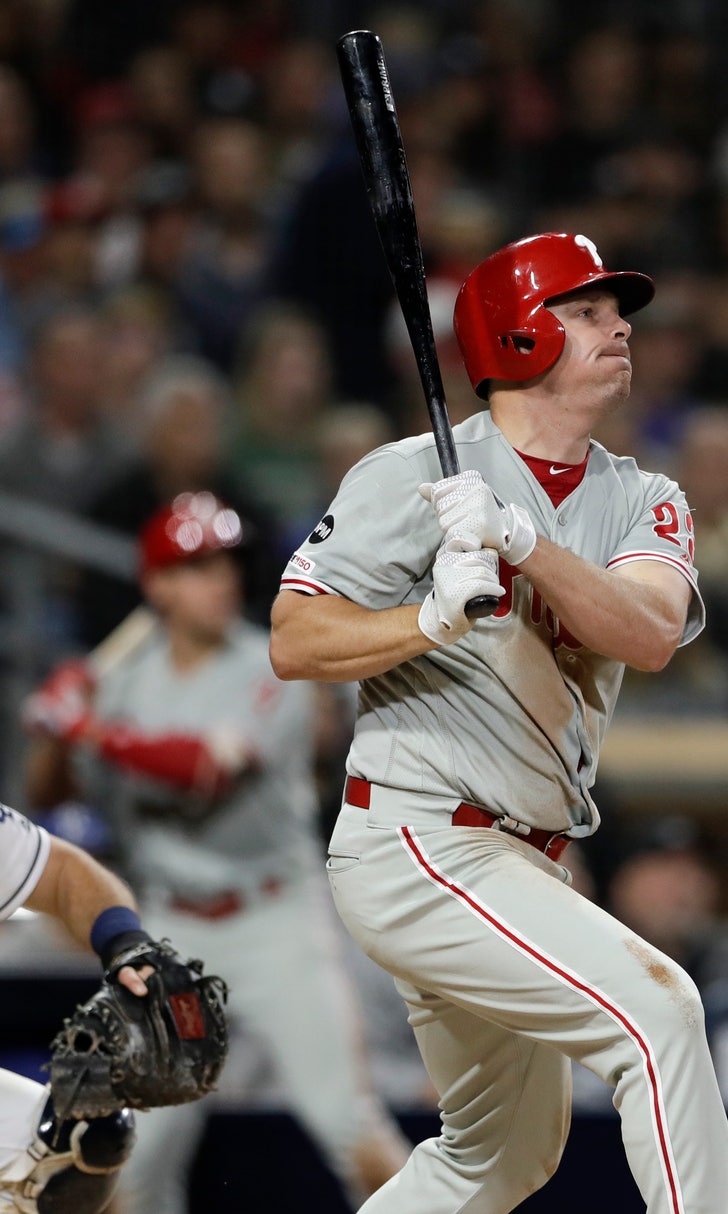 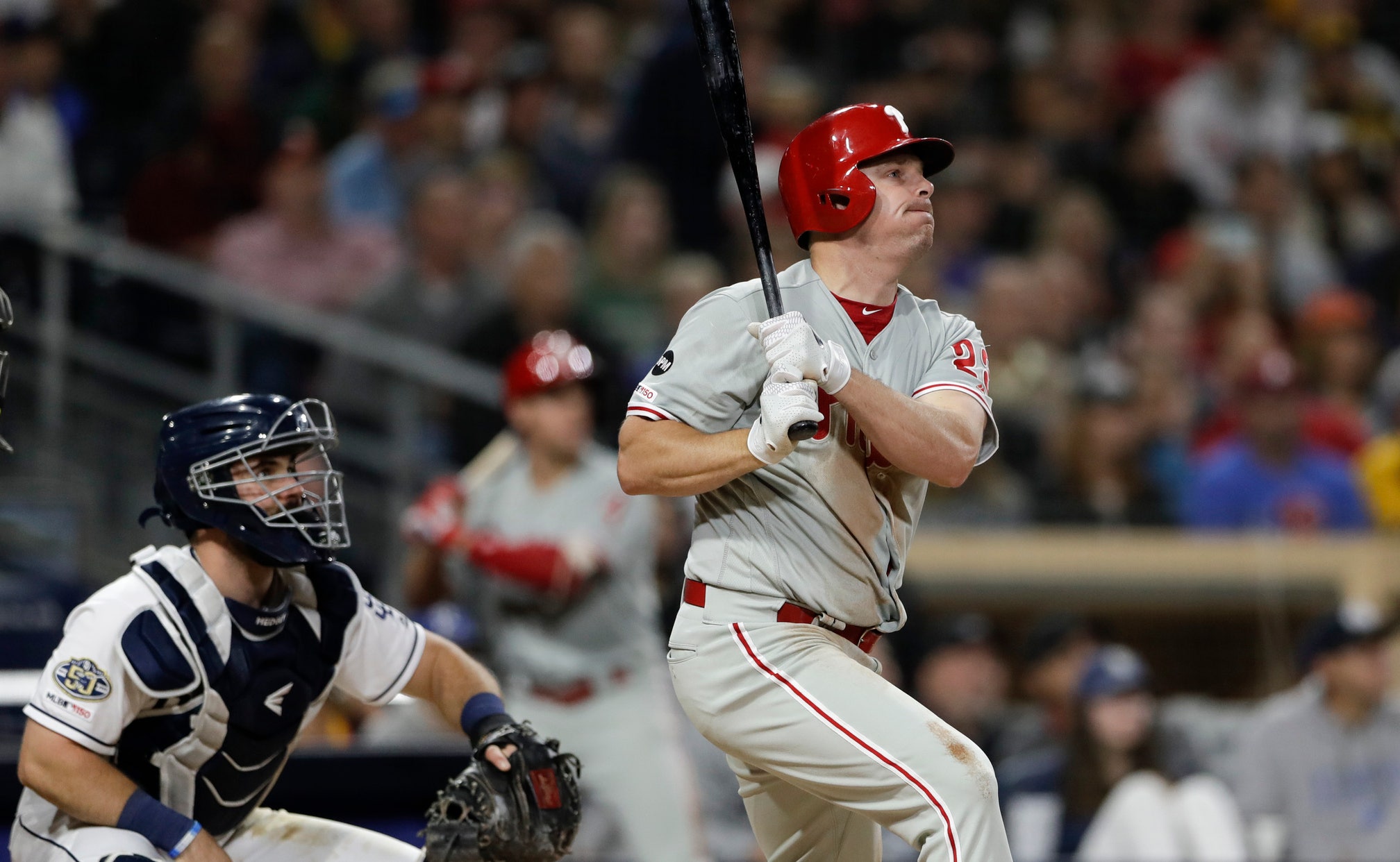 Count the 2013 NL MVP among those glad Philadelphia made its move for another outfielder over the weekend.

Bruce tied a career high with six RBIs in his second game since being acquired by the Phillies. His ninth career slam gave Philadelphia a lift on the day it learned McCutchen will miss the rest of the season after injuring his knee in a rundown Monday.

"It was a pretty big win for us," Phillies manager Gabe Kapler said. "I think in a lot of ways we played with Andrew out there and we kind of won one for him."

Jerad Eickhoff (3-3) was the benefactor of the Phillies hitting four home runs. He pitched six innings and surrendered three runs and four hits, striking out five. His curveball and slider were sharp.

"He pitched a great game," Kapler said. "I thought he was very aggressive with his pitches."

Padres manager Andy Green agreed: "He lived off that slider and the fastball was just for show."

Rookie Chris Paddack (4-4) was rocked for the third time in four starts. He lasted 4 1/3 innings and was charged with six runs (five earned) on eight hits, with four strikeouts.

"It's frustrating," Paddock said. "This game will humble you."

Hector Neris pitched the ninth for his 11th save.

The Padres sliced the deficit to three runs in the eighth on a homer by Franmil Reyes, his second of the game, and a two-run shot by Eric Hosmer.

Bruce will see increased playing time with McCutchen out. Acquired in a trade with the Seattle Mariners on Sunday, the 12-year veteran paid dividends in his first start with his new club.

But his long friendship with McCutchen took some shine off his performance.

"The news was devastating for someone I have so much respect for as a player and a person," Bruce said. "I know how much he meant to this team. I'm definitely not coming in here to replace Andrew McCutchen. I just want to be the best version of myself."

Bruce's 27th multihomer game and his second this year — with the slam coming off reliever Brad Wieck — highlighted a four-run fifth inning that pushed the Phillies ahead 8-2.

The Phillies also activated outfielder Adam Haseley in the wake of McCutchen's injury. Haseley, their top pick from the 2017 draft, was promoted and thrust into the starting lineup after only a handful games at Triple-A Lehigh Valley. He went 0 for 4 in his big league debut.

For the third time this season, the Phillies produced consecutive long flies in the fourth, with Bruce and Scott Kingery supplying the muscle and Philadelphia with a 4-2 lead.

Bruce launched Paddack's 93 mph fastball over the left field fence. Kingery sent a 91 mph fastball into the second deck of the left-field seats.

"I don't know if I had ever hit a ball past the fourth row in my life," Kingery said.

Bruce reached 16 homers at the earliest juncture of a season in his career. That he did so after the developments with McCutchen didn't go unnoticed.

"He was amazing to be able to that; we needed that boost," Kingery said. "For him to come in here and do that was huge."

Maikel Franco's first career pinch-hit homer in the eighth was the Phillies' fourth and final blast of the game.

Phillies: McCutchen hopes to be ready for next opening day.

Padres: RHP Cal Quantrill (1-2, 5.14) is being summoned from the minors for the third time this season to make his fifth career start. The lone win for the Canadian native came at Toronto over the Blue Jays on May 25.