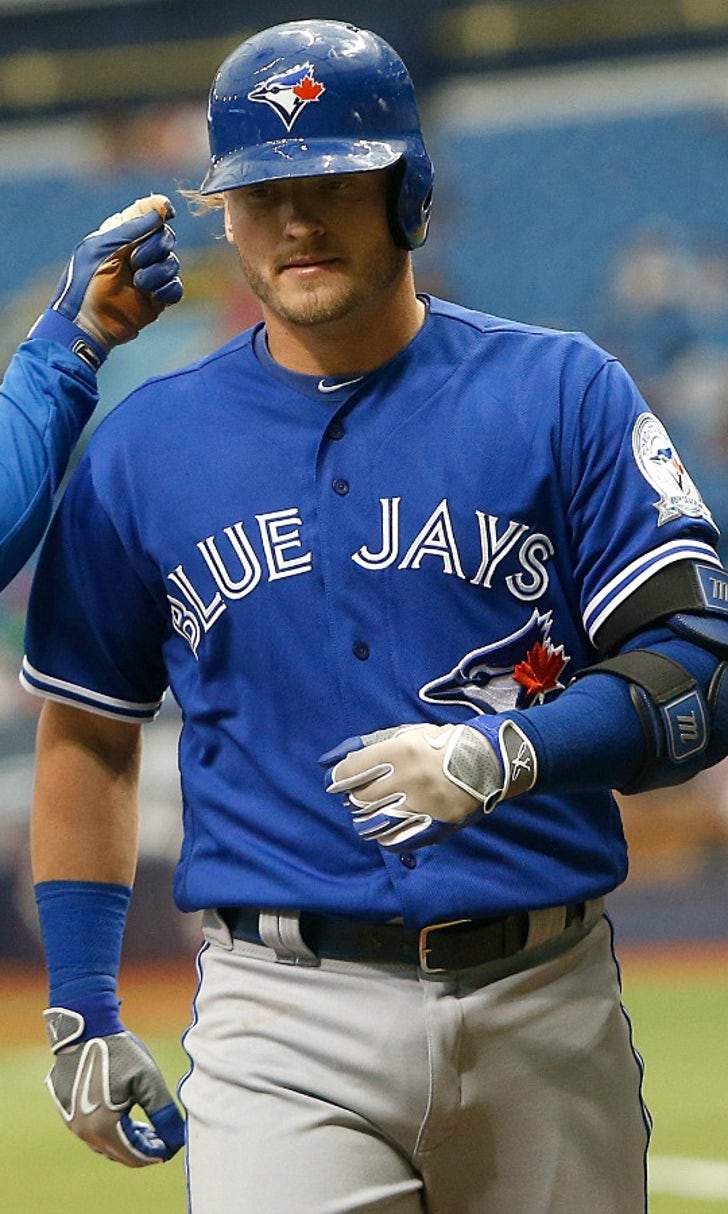 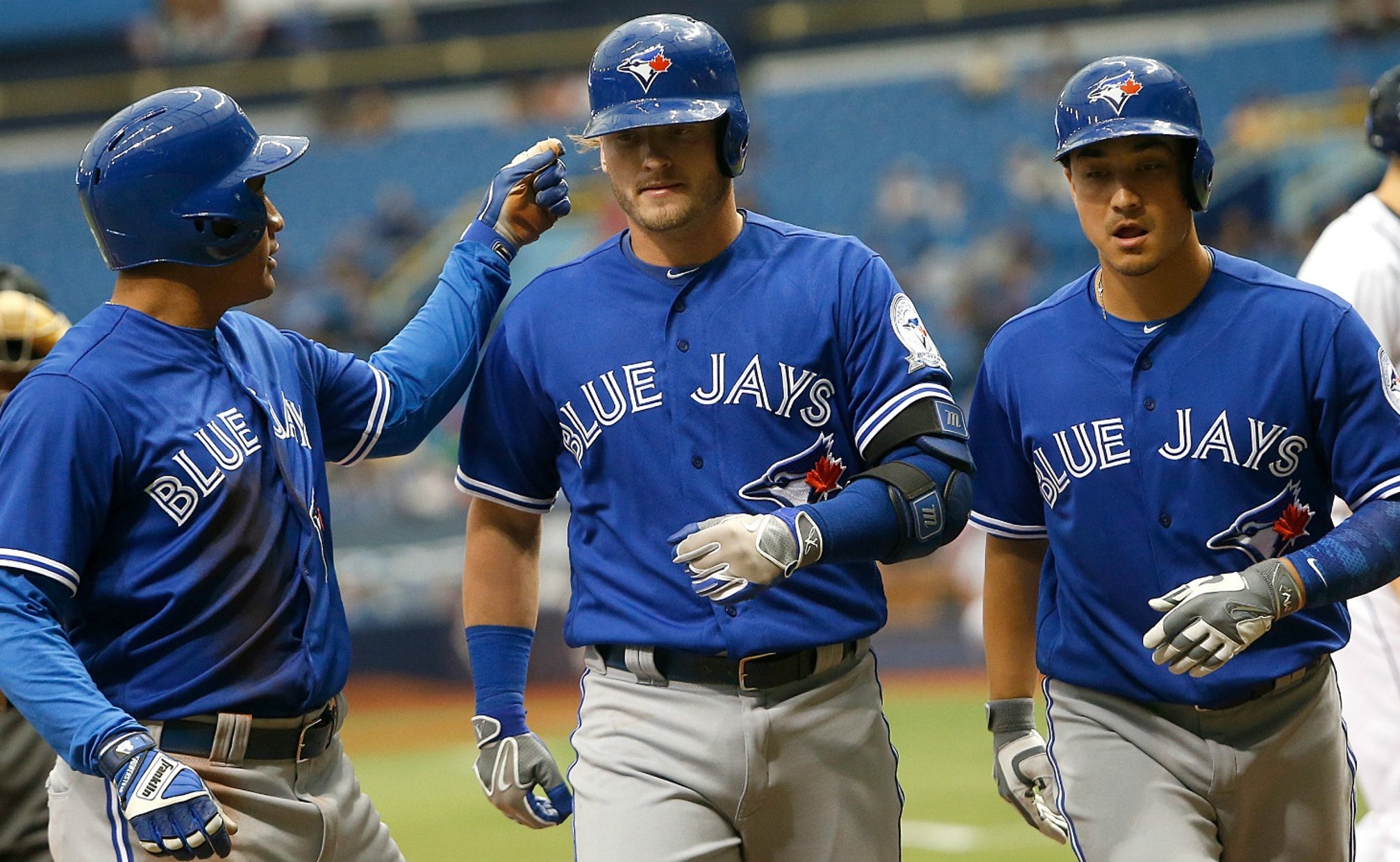 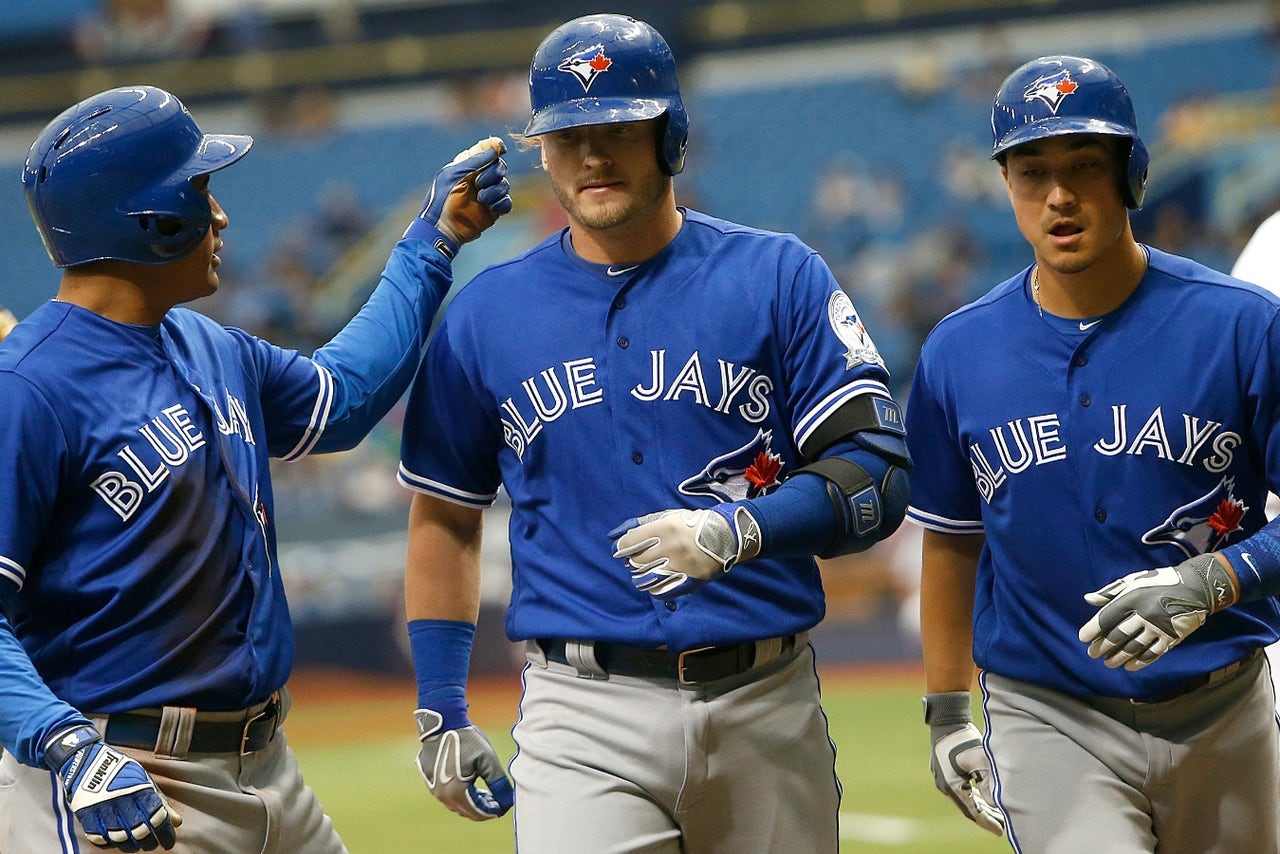 The AL MVP was unable to run out a grounder, limped back to the dugout and was replaced at third base in the bottom of the inning by Darwin Barney, who moved over from second base.

Ryan Goins took over for Barney at second.

"The calf just sort of locked up," Donaldson said. "I tried to go three or four innings with it. It was just one of those situations where one, I didn't think I was quite able to play defense the way I wanted to, and two, if I had to try and run, it was pretty difficult. But I don't think it's too serious and, hopefully, I'll be back for our next game."

Donaldson hit a three-run homer in the third off Matt Moore. Troy Tulowitzki nearly made it 6-0 later in the inning, but his drive with two on was caught by center fielder Kevin Kiermaier near the wall at the deepest part of the ballpark.

Steven Souza Jr.'s first multihomer game helped the Rays to a second straight late come-from-behind victory. His second home run of the game was a go-ahead, three-run drive in the eighth.

Josh Donaldson was removed from today’s game due to a strained calf muscle. He is listed as day to day. pic.twitter.com/ow8U7CJ6sD

Erasmo Ramirez (1-0) allowed one hit over the final two innings as the Rays split the four-game series after losing the first two.

"Just to even it up with those guys over there was so big for us," Souza said. "It's a great team over there. Obviously a playoff team and one of the best in the American League."

Souza pulled Tampa Bay to 3-2 in the sixth with a solo homer off J.A. Happ. Tampa Bay has homered in a team-record 18 consecutive games dating to Sept. 20.

"I'm just staying within myself," Souza said. "Letting the ball take its course."

Evan Longoria and Desmond Jennings singled off Gavin Floyd (0-1) in the eighth, and Arnold Leon relieved with one out. Souza homered to center for his fourth hit of the game, tying his career high.

Tampa Bay won 3-2 Tuesday night on a disputed game-ending double play in the ninth that was the result of a video review under baseball's new slide rules. Logan Forsythe had given Tampa Bay the one-run lead with a two-run homer in the eighth of that game.

The Blue Jays failed in a bid to win their fourth series in the last 26 trips to Tropicana Field.

"Obviously an exciting win," Tampa Bay manager Kevin Cash said. "Anytime you drop the first two and you can come back, whether it's the opening series, last series, whatever, it feels pretty good. It's a quality split because we put ourselves in a little bit of a hole."

Blue Jays: LF Michael Saunders, who played the first three games of the series on the artificial turf at Tropicana Field, got the day off. He was limited to nine games last season due to left knee injuries. ... RHP Marco Estrada (back) remained on schedule to start Sunday against Boston LHP David Price.

Rays pitchers struck out 46 during the series. "They have a pretty good pitching staff over there," Gibbons said. "That's what they do."

Casali hit a pop fly that struck an overhanging catwalk 194 feet above the infield in the third inning that was caught by Tulowitzki at shortstop. It was just the fourth ball to strike the `A' ring, which is in play, since the Rays started playing at Tropicana Field in 1998.

The Rays claimed OF Jake Goebbert off waivers from Pittsburgh and optioned him to Triple-A Durham.

Blue Jays: RHP Marcus Stroman (1-0) is to face Boston RHP Rick Porcello on Friday night in Toronto's home opener. ... The Blue Jays are scheduled to work out Thursday in Toronto.

Rays: RHP Chris Archer (0-1) will start a three-game trip against Baltimore and RHP Chris Tillman of Friday night. The Tampa Bay ace is 0-4 with a 5.50 ERA in seven starts since the beginning of last September. 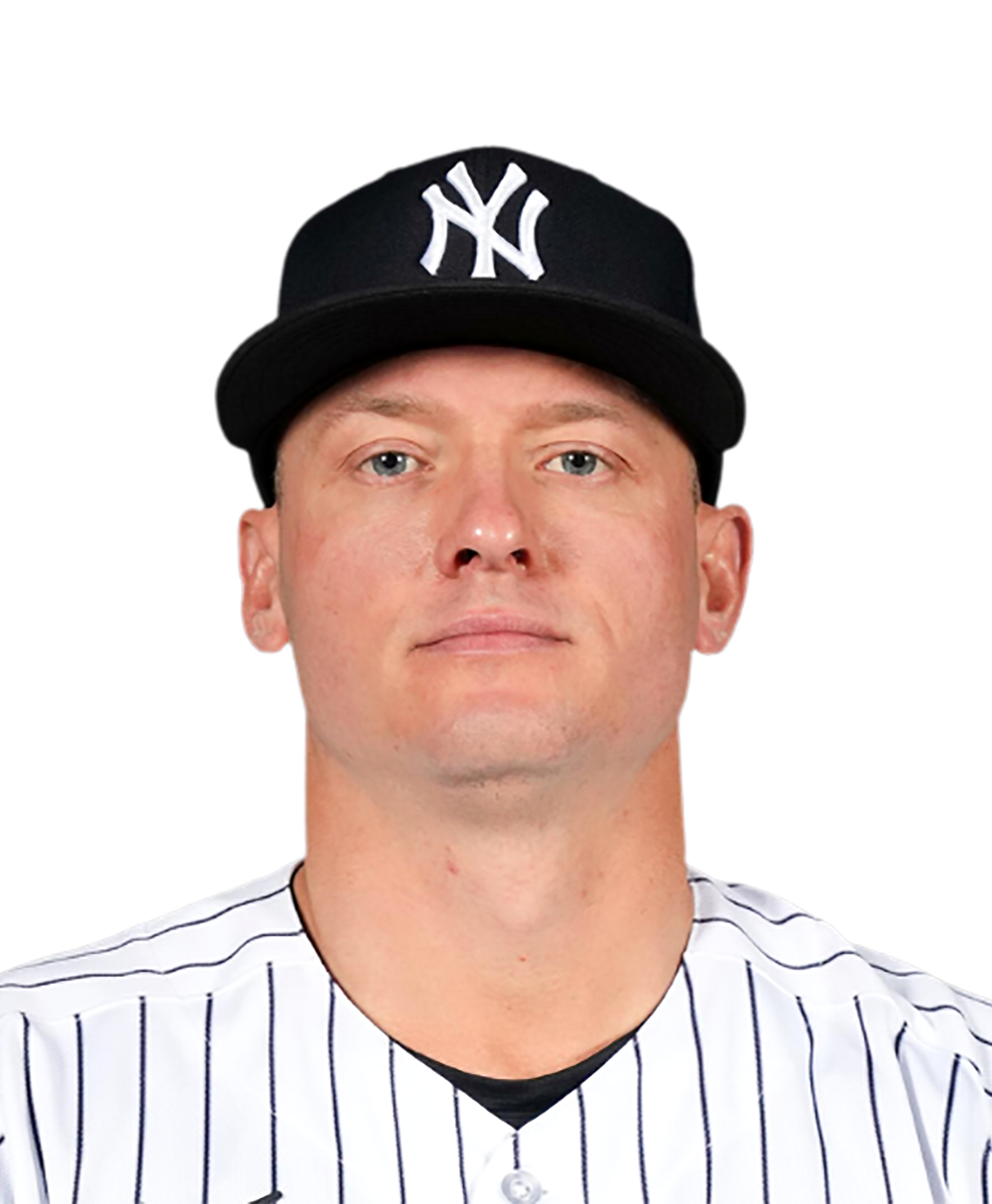