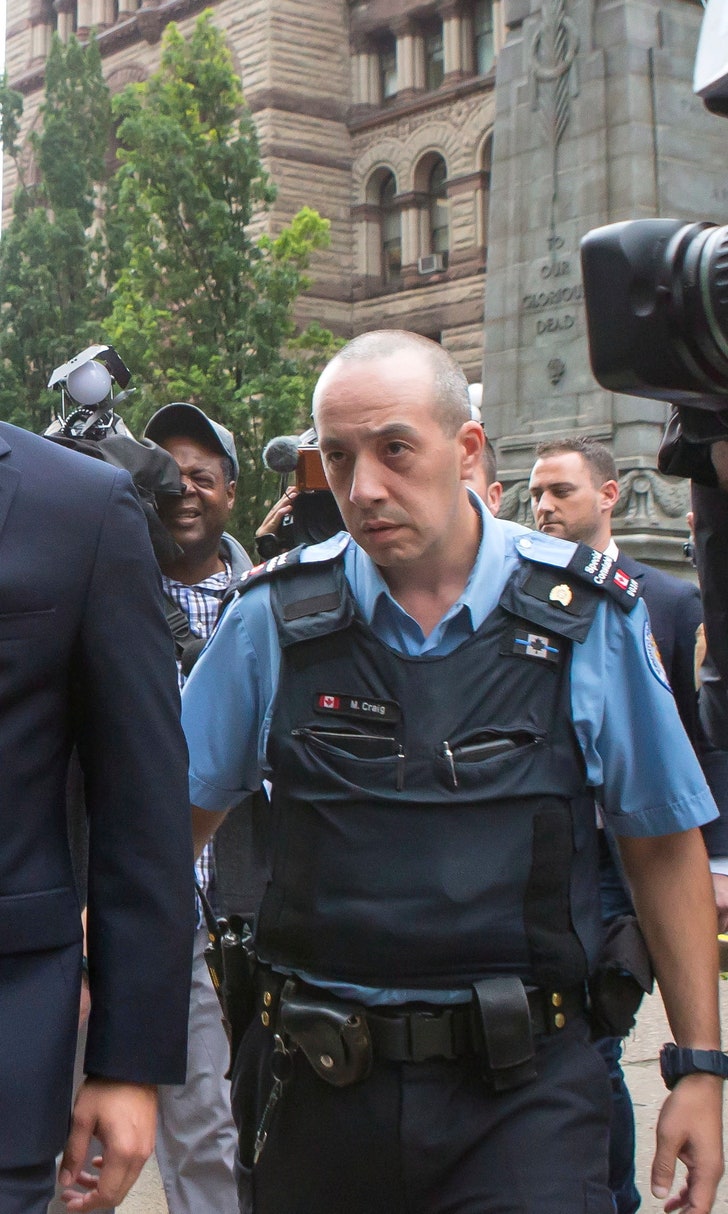 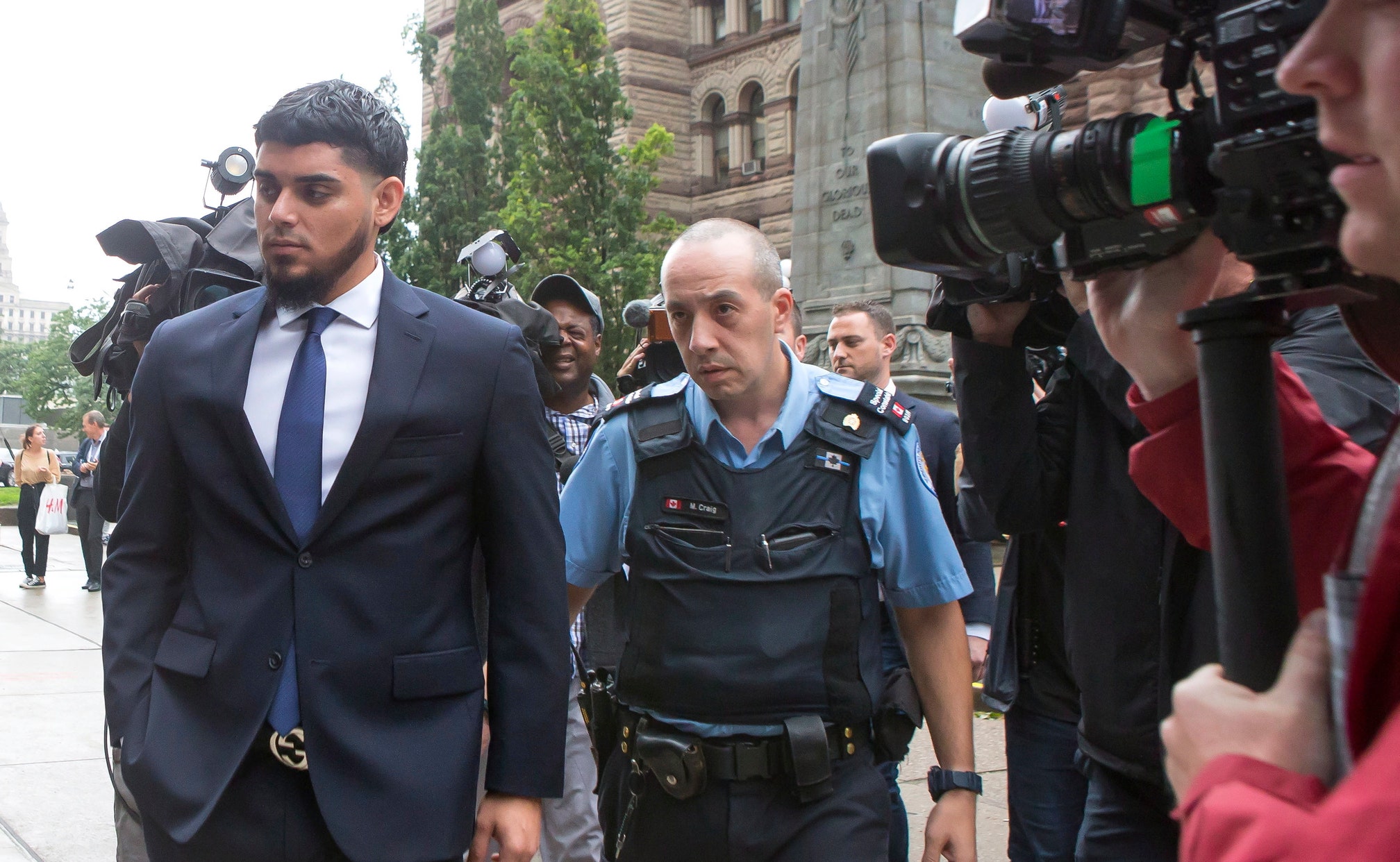 TORONTO (AP) — Canadian prosecutors dropped a domestic assault charge on Tuesday against Houston Astros closer Roberto Osuna, who agreed to stay away from the alleged victim for one year and continue counseling.

Osuna, formerly with the Toronto Blue Jays, was charged with assault in May. The 23-year-old player was suspended without pay for 75 games for violating Major League Baseball's domestic violence policy, and the Blue Jays dealt him to Houston on July 30.

Speaking in court, prosecutor Catherine Mullaly said the complainant, who lives in Mexico, had made clear she would not travel to Toronto to testify against Osuna.

"The Crown does not have a reasonable prospect of conviction on this charge absent her testimony," Mullaly told Judge Melvyn Green.

Osuna nodded when Green asked if he understood the agreement, known as a "peace bond."

"Now I can begin to put these allegations behind me and focus on baseball," Osuna said in a statement. "I am grateful to the Astros for providing me with the opportunity to play baseball and compete for a World Series championship."

He said he would have no further comment on the matter, declining to address reporters for a second straight day before Tuesday's game against the Blue Jays, citing advice from his attorney.

Osuna's attorney, Domenic Basile, had said his client was remorseful but planned to plead not guilty had the matter gone to trial.

"I wish to make it clear that this is not an admission of criminal or civil liability," Basile said Tuesday. "He is content to enter into the peace bond (and) is aware of the conditions and will abide by the conditions."

At Rogers Centre on Tuesday, Astros general manager Jeff Luhnow acknowledged that Osuna's case had been "a distraction for everybody" since the closer was acquired from Toronto.

"You never know how a legal case is going to get resolved," Luhnow said. "We're thankful it's behind us now and we can focus on what's ahead."

Houston, the reigning World Series champion, is on the brink of its second straight AL West title and a second straight 100-win season. Monday's win moved the Astros to 99-57, and their magic number to clinch the division is two.

Osuna was met with boos when the Astros beat the Blue Jays in Toronto on Monday. The Astros have said they would not tolerate another incident involving their closer and that the organization is committed to supporting victims of domestic violence.