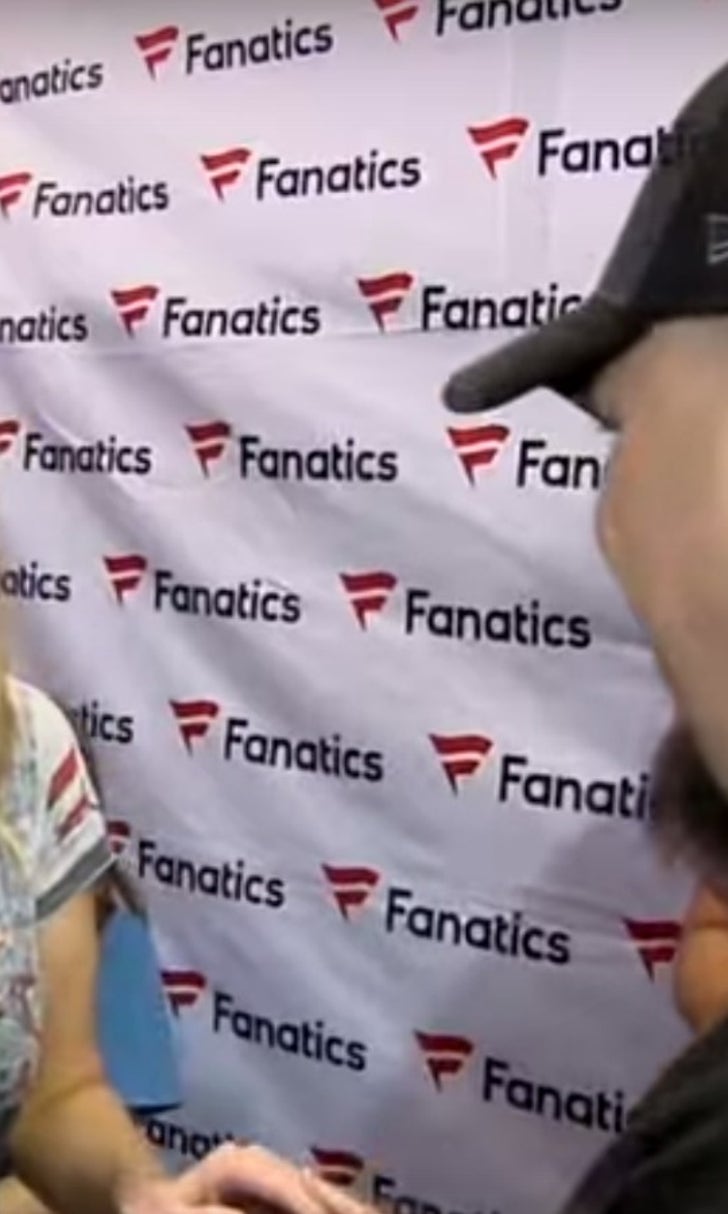 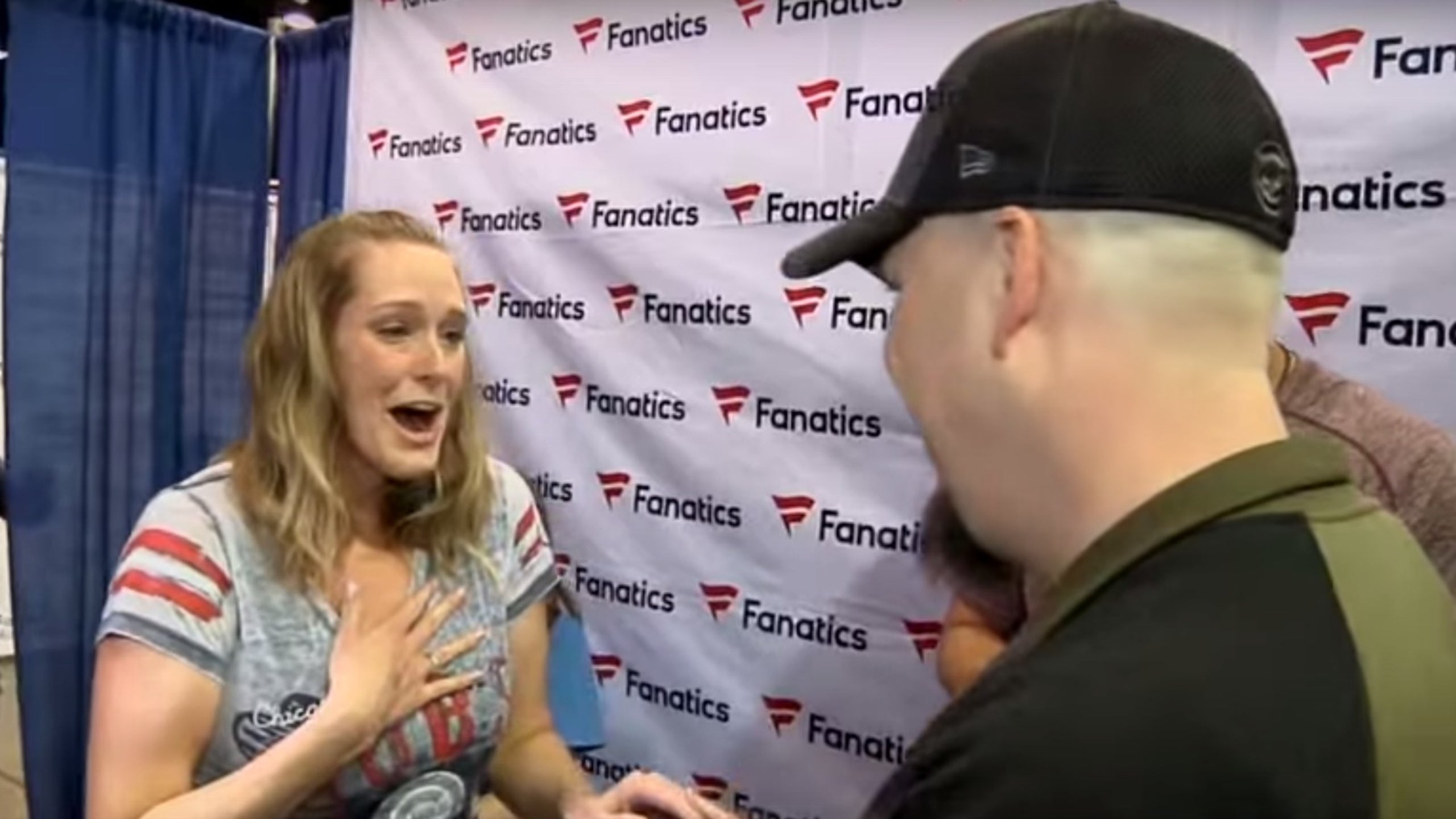 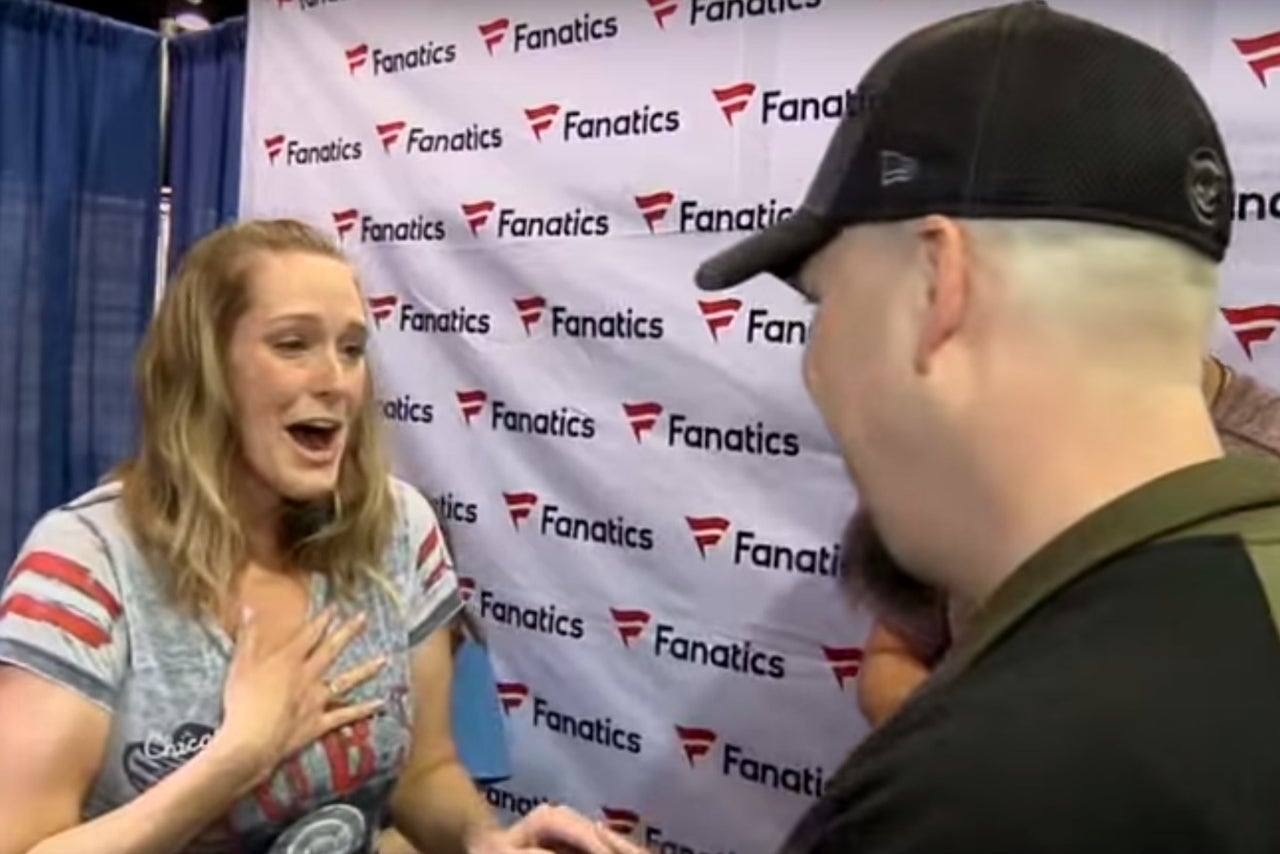 Chicago Cubs first baseman Anthony Rizzo met with fans at a memorabilia show in Chicago after hitting a three-run homer in the Cubs' win over the Pirates, and Rizzo provided an assist in one fan's proposal plan. Rizzo posed for a photo, then asked Steve if he had any questions he'd like to ask. Steve dropped to one knee, and his girlfriend Leslie said yes.

Rizzo even signed a Cubs jersey with "Marry Me" on the back.

(Thanks to Bleacher Report for sharing this video.)