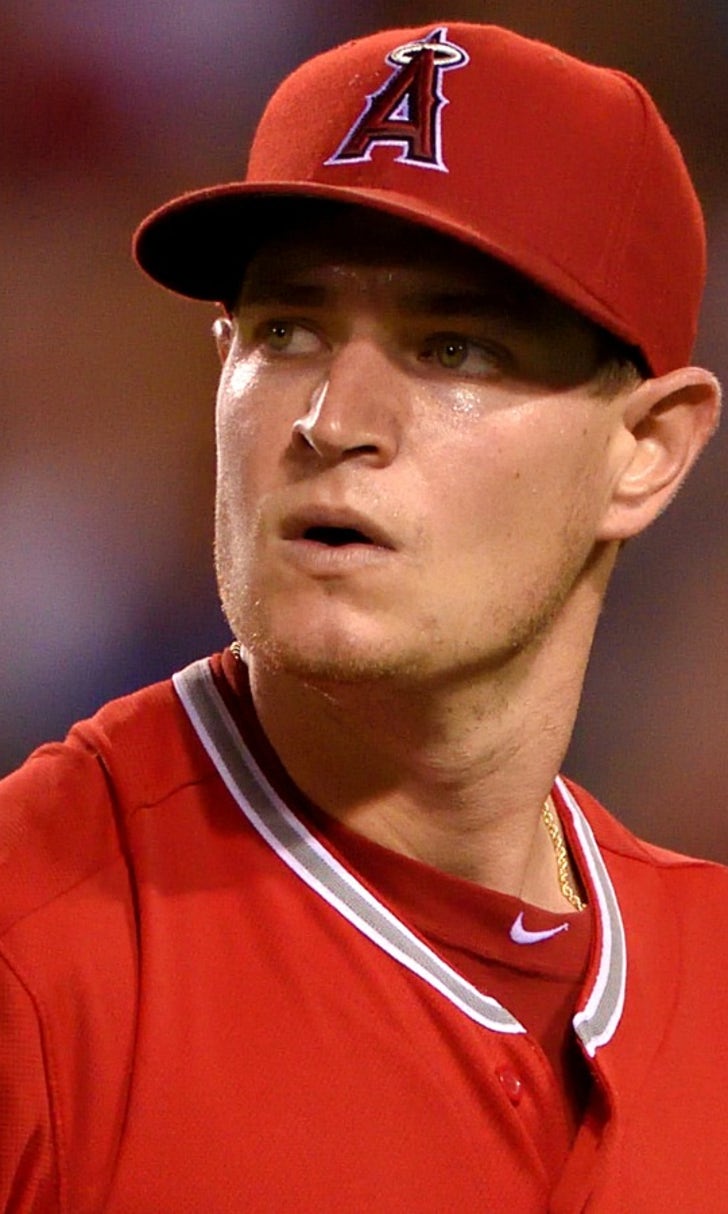 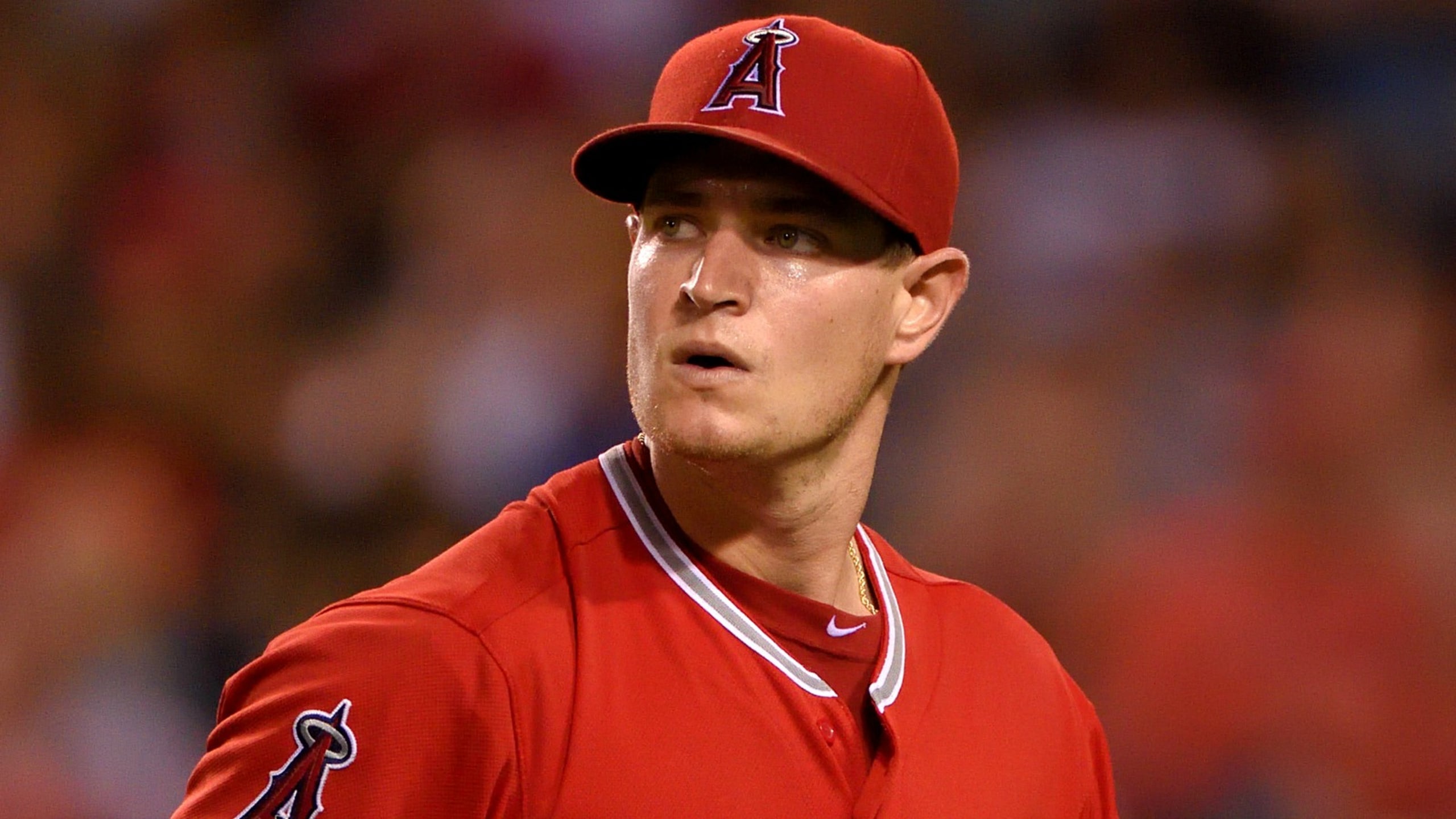 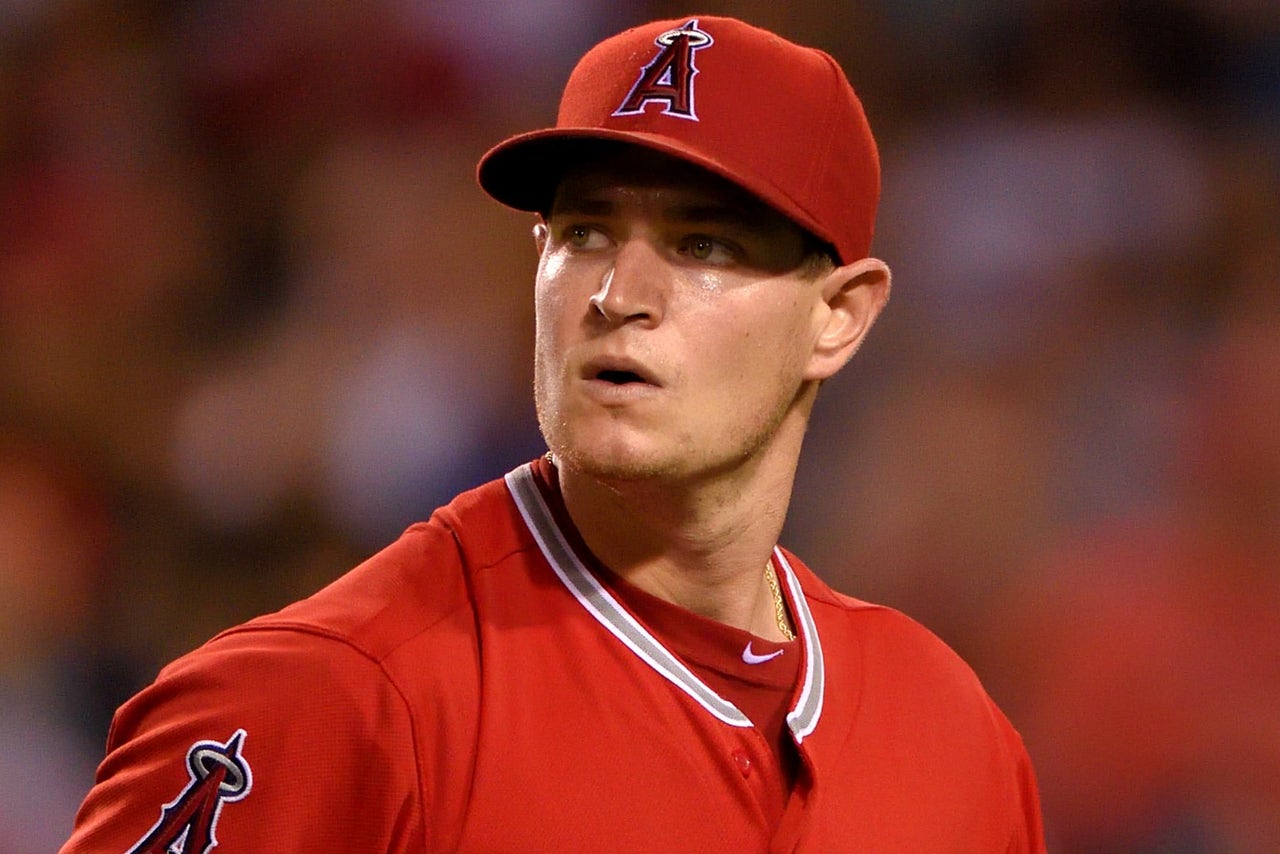 ANAHEIM, Calif. — If Friday night's loss to the Tampa Bay Rays was any indication as to how much the Los Angeles Angels' rotation will handle the loss of Garrett Richards for the rest of the season, they are in for a long summer — Mike Trout or not.

Richards was placed on the 15-day disabled list before the Halos' 5-2 defeat and is expected to need surgery to repair a torn ligament in his right elbow.

"Garrett's in the right frame of mind for pitches who have had serious injuries, and he will bounce back from it," manager Mike Scioscia said. "There's no doubt that our guys feel for Garrett as a teammate and a friend. So These guys also understand what we need to do: compete on the field."

Cory Rasmus (1-1) gave up five runs and five hits in 2 1/3 innings while taking Richards' place in the rotation for the time being. He needed 25 pitches to get out of the Rays' four-run first inning, giving gave up a three-run homer to Corey Dickerson. He also gave up a leadofff homer in the third by Brad Miller, who had four hits.

Tampa Bay right-hander Chris Archer (2-4) scattered five hits, struck out six during his 100th major league start. He stranded four runners in scoring position. Perhaps his biggest out was in the fifth, when he fielded a dribbler by Trout with two men on and and ran to the bag himself for the third out.

Archer, who fanned a franchise-record 252 batters last season and pitched in his first All-Star Game, is 5-1 with a 2.48 ERA in six career starts against the Angels.

Richards plans to get a second opinion from Dr. James Andrews before deciding whether to have Tommy John surgery, but the Angels are preparing for the prolonged absence of their best starting pitcher.

"No doubt, it's disappointing to lose somebody who's so impactful," general manager Billy Eppler told The Associated Press in a phone interview. "We know that the schedule is unforgiving, but it's going to be a test for us going forward that we're going to attempt to meet as a team."

The Angels' rotation was the team's deepest area just six weeks ago, but four potential starters are now sidelined in various stages of recovery from arm injuries. Los Angeles already is without injured left-handers Andrew Heaney and C.J. Wilson, while Tyler Skaggs still hasn't returned from his own elbow ligament replacement surgery in August 2014.

The Angels don't need a fifth starter until May 14, and Eppler is looking for ways to fill the gaps.

"We have some time to process this and be relatively pragmatic," Eppler said, noting the difficulty of making major trades in May. "That causes you to test the depth you signed in the minor leagues, and to look at internal candidates."

One strategy for patching the rotation and building depth is definitively off the table, however.

"Mike Trout will not be traded," Eppler said, shooting down online rumors that the Angels would consider moving their superstar outfielder.

The 27-year-old Richards made his first opening day start for the Angels last month, cementing his rise atop the staff since his breakthrough 2014 season. He is 1-3 with a 2.34 ERA in six starts this season, repeatedly facing other teams' aces and getting meager run support from his light-hitting teammates.

The hard-throwing right-hander already had been scratched from his scheduled start Friday with arm fatigue after throwing only four innings last week against Texas. Long reliever Cory Rasmus took his start against Tampa Bay.

"Everybody was shocked, just like I was," Richards said before Friday's game. "I was still throwing kind of hard, despite having my arm being the way it is. I was shocked when I heard the news."

Heaney, the Angels' No. 2 starter to open the season, also has damage to an elbow ligament, but is attempting to treat the injury with a platelet-rich plasma injection earlier this week, followed by several weeks of rest.

"The standard of care is to allow the healing properties of that injection to work," said Eppler, noting that Heaney might not pick up a baseball for more than two months.

Richards went 13-4 with a 2.61 ERA in 2014 while often pitching spectacularly for the Angels, who finished with 98 wins and the majors' best regular-season record. But Richards needed season-ending knee surgery that August after getting hurt while covering first base, and Los Angeles didn't win a playoff game.

Angels: RHP Jered Weaver (3-1) is coming off an 8-5 loss at Milwaukee in which he gave up seven runs and 11 hits through five innings on Monday. He has allowed 11 homers in his 12 career starts against Tampa Bay, including eight in his past five.