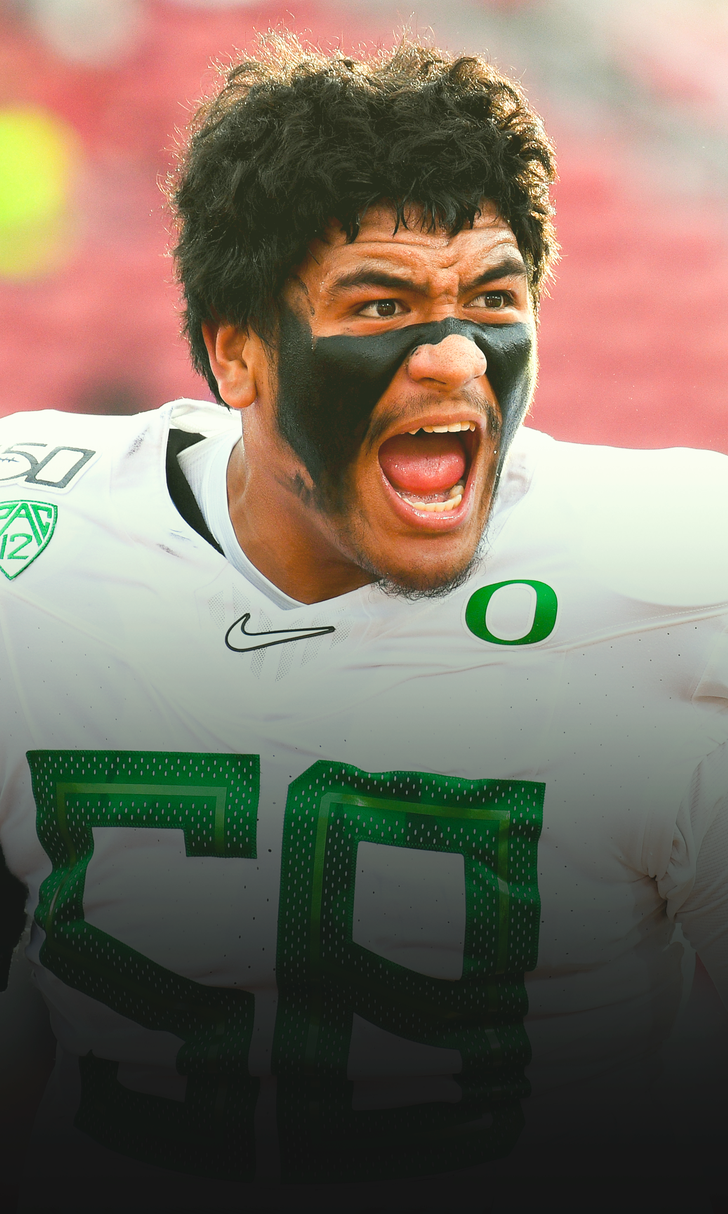 Oregon offensive tackle Penei Sewell has decided to forgo the upcoming college football season, and instead prepare for the 2021 NFL Draft, he announced Monday.

Sewell became the third Duck to be honored as a first-team All-American by unanimous selection, and the first Polynesian and first Oregon player to win the Outland Trophy, awarded to the nation’s best interior lineman in 2019.

The left tackle was named the Polynesian college football co-player of the year along with Dolphins QB Tua Tagovailoa, the No. 5 pick in he 2020 NFL draft, and the AP Pac-12 co-offensive player of the year next to Utah QB Tyler Huntley and Utes RB Zack Moss.

He also received two votes for the Heisman Trophy following his sophomore season.

The 6-foot-6, 330-pounder was widely considered to be a top pick in the 2021 NFL draft. He was coming off a campaign as the highest-graded offensive player in CFB last season (95.8), according to Pro Football Focus.

"His 95.8 overall grade last season was the highest we’ve ever given to a tackle. And when I say in the draft guide that he doesn’t have weaknesses, I am not lying.”

Last season he did not give up a single sack over 926 snaps, and allowed only one sack over 1,376 career snaps.

He was slotted as the No. 2 overall prospect for the draft behind Clemson QB Trevor Lawrence by ESPN NFL analyst Mel Kiper Jr.

"Even if Sewell doesn't play another college snap, he could be a top-five pick next year."

He allowed 15 QB pressures last season, but only one forced his QB Justin Herbert to throw in under 2.5 seconds.

Sewell’s decision follows the Pac-12's announcement in Aug. of the postponement of all fall sports, including football, due to the uncertainties surrounding the coronavirus pandemic.