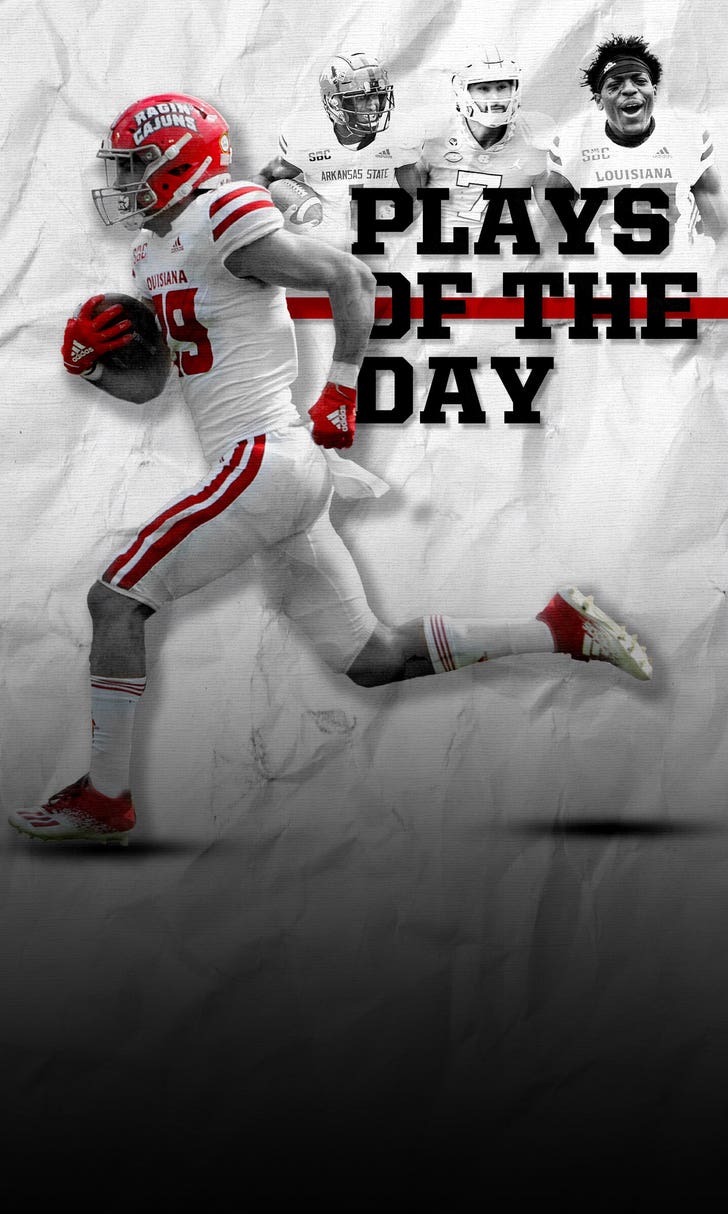 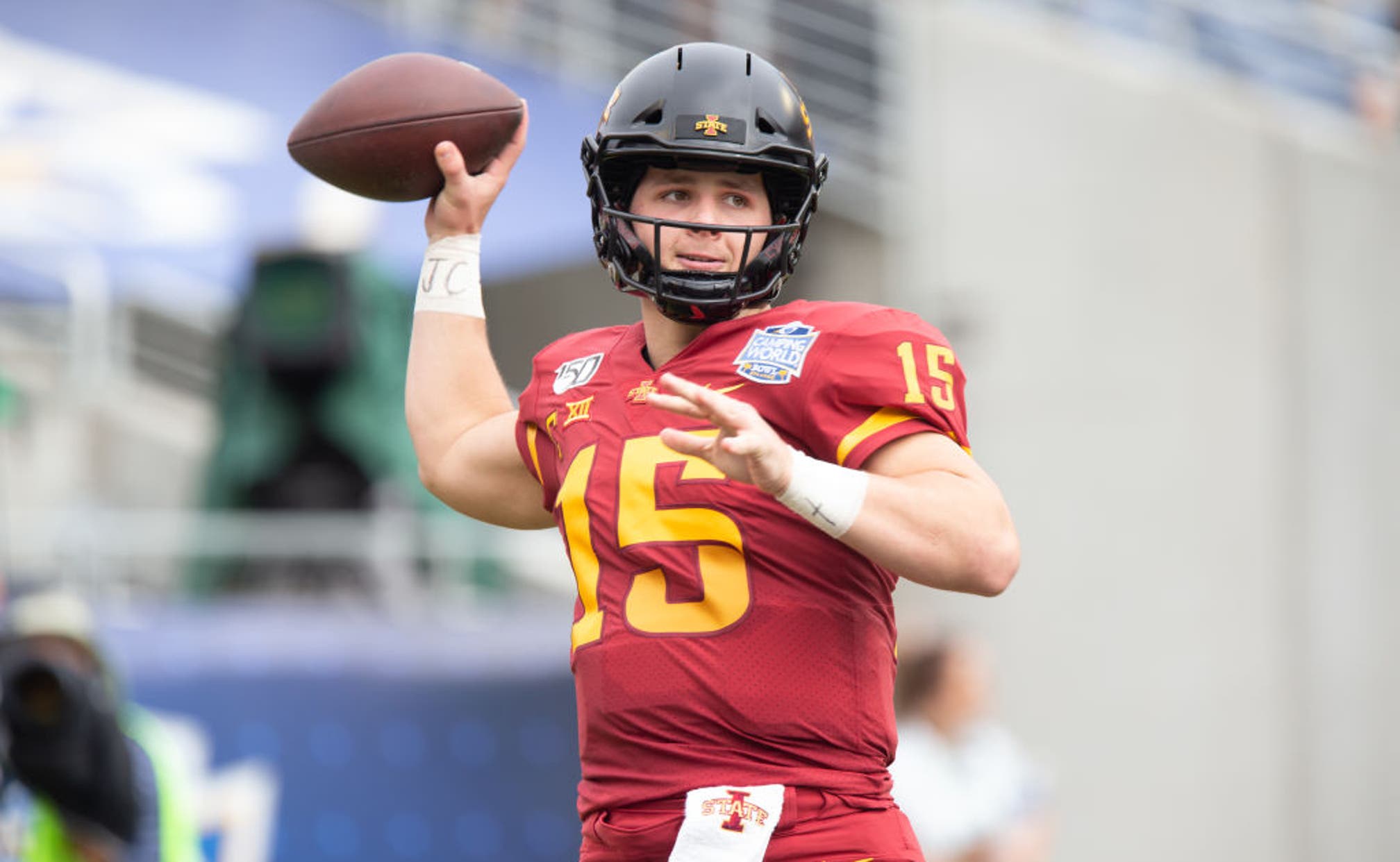 The first big Saturday in college football delivered on the hyped, and with outstanding playmakings from superstars and the less-heralded athletes around the country alike. And in some cases, the latter turned into the former right before our very eyes.

Let's check out some of the top moments from the first full slate of college football games, which included Syracuse vs. No. 18 North Carolina, Louisiana vs. No. 23 Iowa State and more.

A moment of unity

Teams across the nation began the day on a unified front, standing together in a moment of unity before their respective games.

If college football fans were a player

Before we get to the on-field action – yes, this young man represented our excitement for this football weekend.

Keep being whatever it is that you are, Peter Agabe.

Have you ever seen a catch so good that you don't believe it was actually a catch?

Such was the case with Arkansas State's Jonathan Adams and the announcers on Saturday morning.

It didn't end up being a touchdown, but who cares – Adams can still add it to the highlight reel.

The Cajuns are Ragin'

So it looks like all of Louisiana's touchdowns today are going to be huge plays.

We're here for it.

Levi Lewis to Peter LeBlanc on this one.

WE WERE RIGHT ABOUT LOUISIANA

That's 83 yards to the house for Eric Garror!

And don't look now, but we have our first big upset of the season.

Asante Samuel Sr. was known as a ball hawk during his time in the NFL, with 51 career interceptions.

His son is developing the same reputation at Florida St.

K-State is a highlight machine

The Wildcats are keeping the highlight factory is business right now.

Check out this one-handed snag from Malik Knowles.

Addae lays the wood for WVU

One of the first huge hits of the season belongs to West Virginia's Alonzo Addae, who put the Saturday morning smack down on Eastern Kentucky's Davion Ross.

Have some, Mr. Ross.

Fans have highlights, too

The Kansas State Wildcats truly have some wild cats in their corner.

A sea of purple has never been so fired up.

Well, maybe not championships. But season openers for sure.

Credit defensive back Will Jones II with the big punt block.

This young man is all over the place.

Interception of the year?

Alonzo Addae is having quite the debut for West Virginia after transferring from New Hampshire.

Few defensive plays will top that one this season.

Goal line stops are highlights, too

This is the definition of a game-changing play.

We'll see if those lost points come back to haunt Appalachian State later this afternoon.

So nice, you'll want to watch it twice

How low can you go? Apparently all the way to the floor.

Isaiah Alston went down for this one, but came up big with the catch.

Special teams are, in fact, special

You know what else is special? When trick plays work.

You'd think college basketball season has started with this one.

Get Logan Bonner on the court, please.

The first week back on the football field is reason enough to celebrate, but when you force a turnover, there's no doubt it's worthy of a flick.

As the saying goes, take a picture, it'll last longer.

Welcome to the big stage

Oklahoma freshman quarterback Spencer Rattler is announcing his arrival in a big way against Missouri State, with three touchdown passes in the first quarter.

The Clemson quarterback might be the top quarterback prospect in the country, but he's showing he is just as much of a threat running for touchdowns.

Here are a few more final scores now that the early games are coming to a close:

Check back for more highlights throughout the day!