The Pac-12 recently announced a partnership with Quidel Corporation – a company that created rapid, affordable COVID-19 testing – possibly providing a pathway for fall sports to start sooner than anticipated out west.

Results take only 15 minutes. Every Pac-12 athletics department agreed to purchase tests, and they are expected to be on campus no later than the end of September. 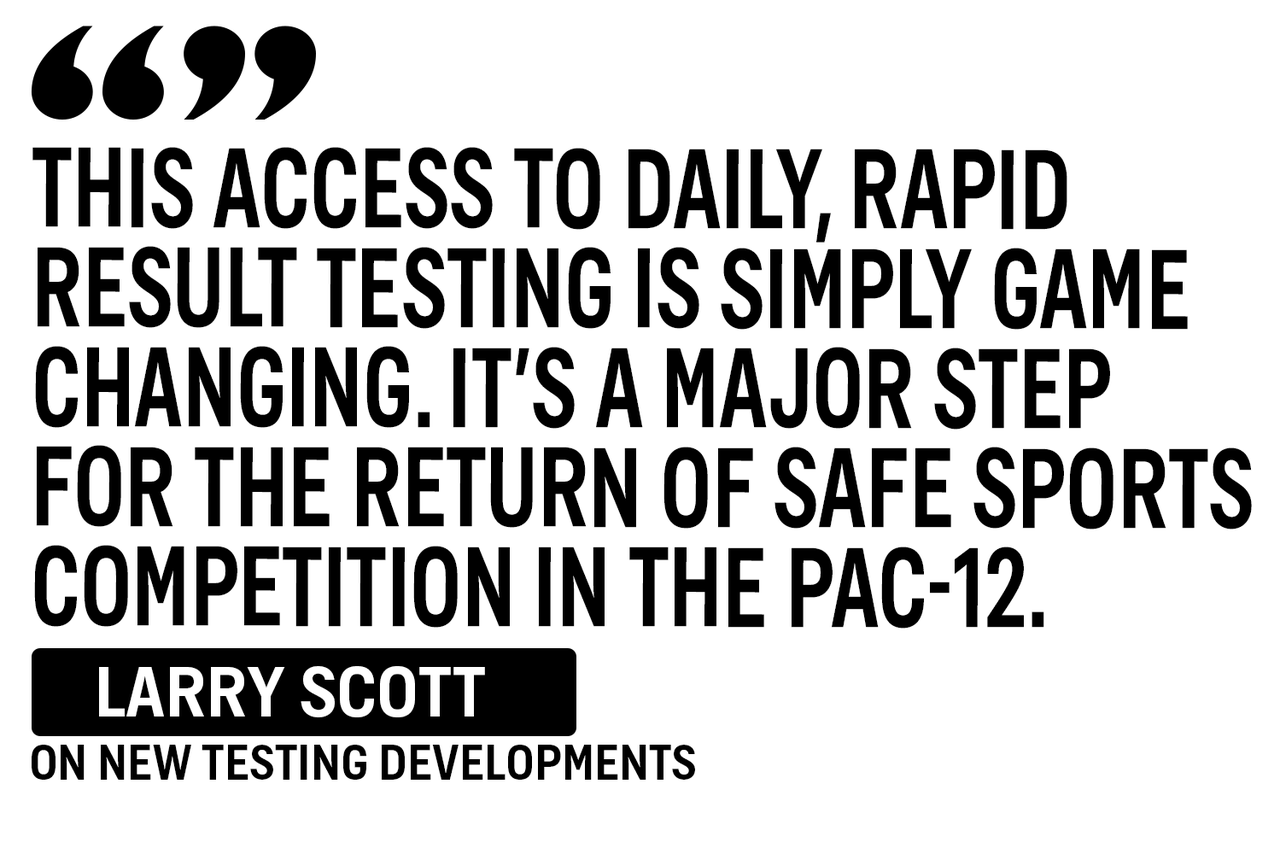 One existing hurdle is that the conference's six schools in California and Oregon – Cal, Oregon, Oregon State, Stanford, UCLA and USC – are banned from practicing by local government law. However, California allowed the NFL to conduct preseason camps in its state by waiver, and Oregon is currently in discussions with government officials.

"The universities are working through the process with the Oregon Health Authority about how they can safely hold practices while complying with updated health and safety guidelines. Those conversations are ongoing, with the goal of keeping players, coaches, and communities safe."

According to Larry Scott, teams will need ample time before returning to competitive play. 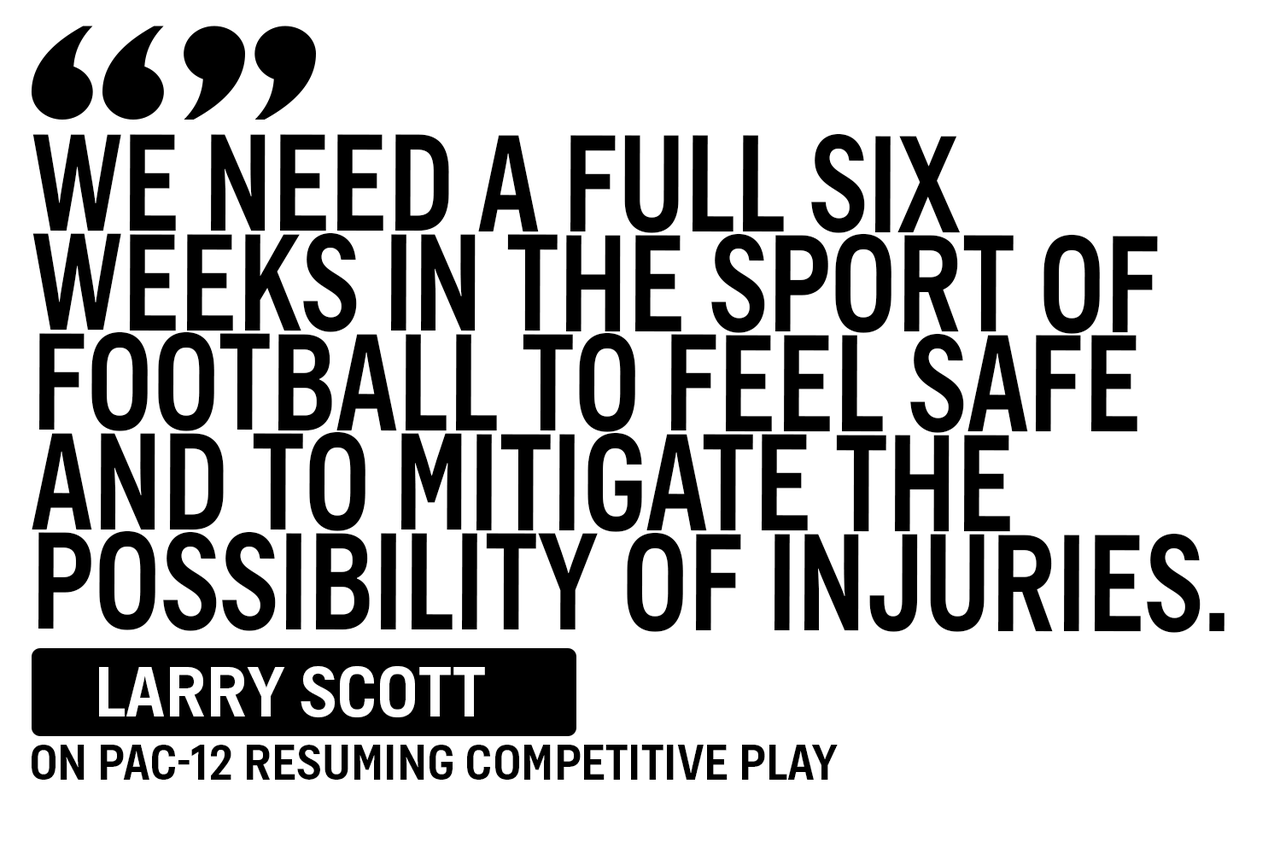 The Pac-12 is hoping to play it's football schedule in conjunction with the Big Ten. The two conferences are currently in talks to play alongside each other, ending the postseason with a Rose Bowl matchup of the conferences’ champions.

“A high priority for the Pac-12 would be to align our seasons. It would be awesome to have some of the traditional postseason opportunities the Pac-12 and Big Ten have enjoyed with each other."

The Pac-12 has a meeting next week to discuss the new developments concerning a possible earlier start date.

On Aug. 11 both the Big Ten and the Pac-12, announced they would be postponing all fall sports seasons with hopes of playing in the spring, including football. The decision was made amid uncertainties surrounding testing capacity, community outbreaks, local government guidelines and long-term effects linked to the pandemic.

Pac-12 Returns: What You Need To Know
Pac-12 football is back! When do games start? Will there be fans? Is the conference playoff-eligible? Find out all that and more.
22 mins ago

Deion Sanders Joins The Coaching Ranks
Call him "Coach Prime." The Hall of Famer is back, and he made quite an entrance. Here's how the sports world reacted.
3 days ago

D'Eriq King Reintroduces Himself
The Miami QB dazzled in primetime, while Clemson and Notre Dame looked dominant in the ACC. Here's what happened Saturday.
4 days ago
those were the latest stories
Want to see more?
View All Stories
Fox Sports™ and © 2020 Fox Media LLC and Fox Sports Interactive Media, LLC. All rights reserved. Use of this website (including any and all parts and components) constitutes your acceptance of these Terms of Use and Updated Privacy Policy. Advertising Choices. Do Not Sell my Personal Info