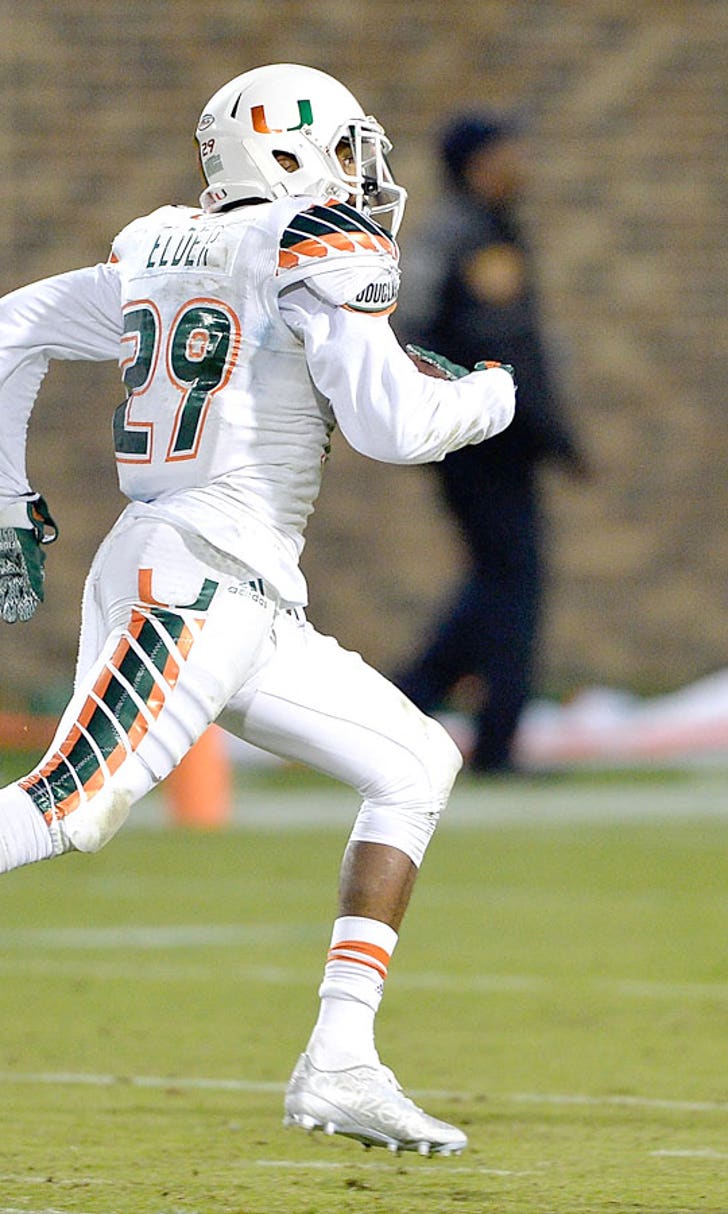 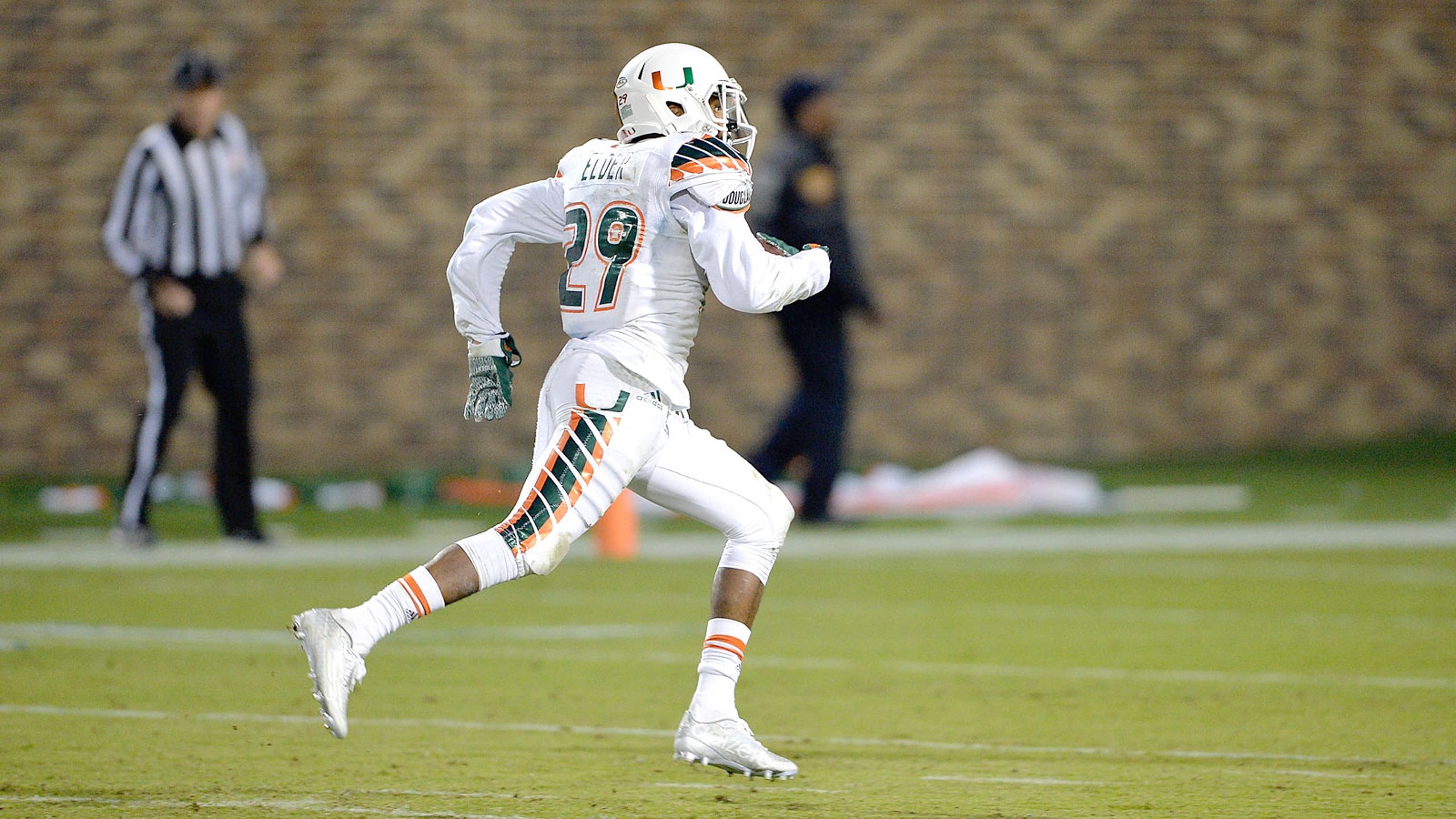 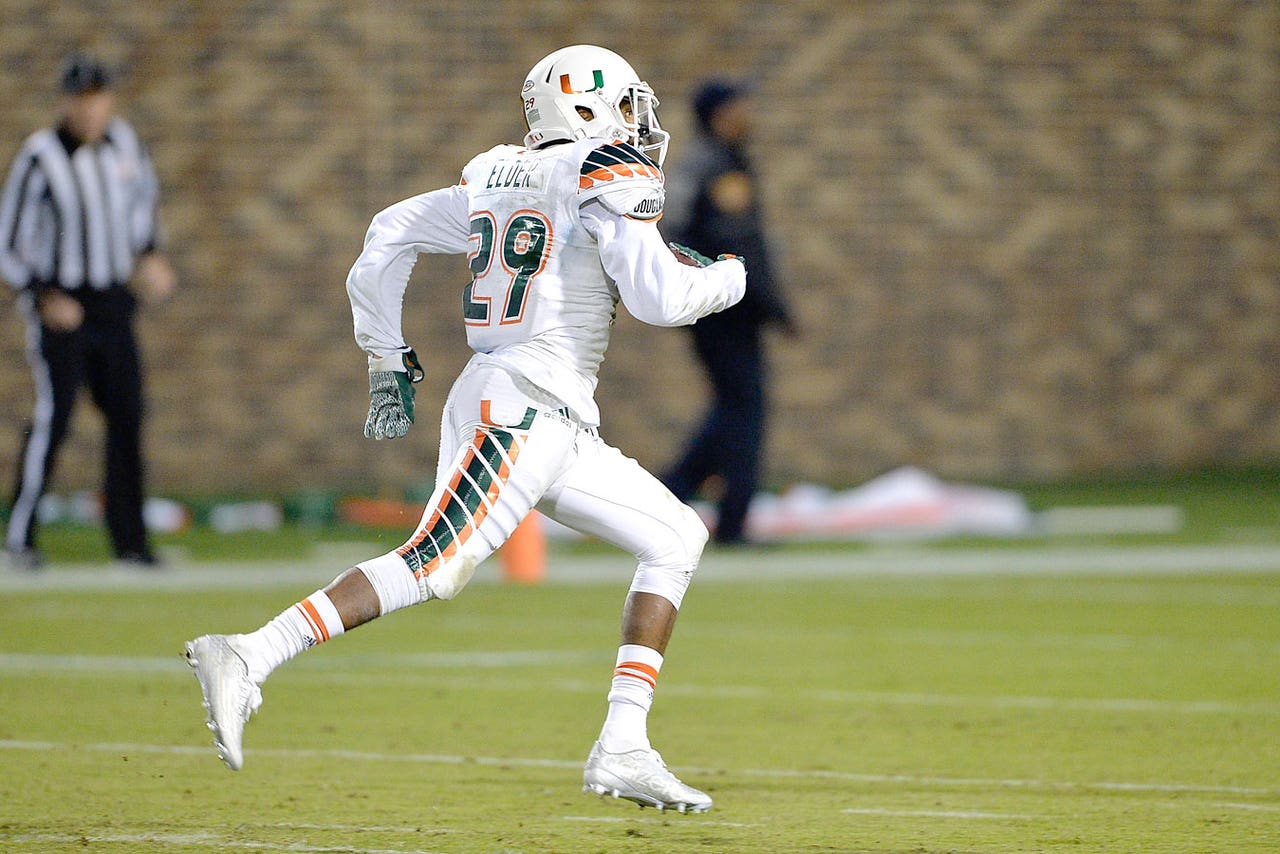 Despite the fact that Corn Elder’s 75-yard kick return for a touchdown that led to Miami’s controversial 30-27 victory over Duke on Saturday should have never counted, the ACC named him the Specialist of the Week.

Elder’s 75-yard dash capped off an eight-lateral, 46-second kick off return for a touchdown as time expired in the fourth quarter to beat the Blue Devils.

The next day the ACC suspended the on-field crew and the replay official for two games for failing to make key calls that would have negated the play.

Clemson quarterback Deshaun Watson was named the back of the week after he threw for 383 yards and five touchdowns to lead the No. 3 Tigers to a 56-41 victory over N.C. State.

Clemson offensive tackle Joe Gore graded a career-best 91 percent during the game to be named the ACC’s top lineman.

Florida State’s Travis Rudolph exploded for an ACC season-best 191 receiving yards during the Seminoles 45-21 win over Syracuse. Rudolph, a sophomore, turned five passes into two touchdowns, including a 75-yarder that ended with a wicked stiff arm.

Louisville’s Trevon Young was the top defensive lineman of the week thanks to his three sacks and a forced fumble that clinched the Cards 20-19 win over Wake Forest.

Miami linebacker Jermain Grace turned in an incredible, 17-tackle performance against Duke to be named the ACC Linebacker of the Week.

Florida State running back Jacques Patrick made the most of his first career start as he galloped for 162 yards and three touchdowns on 24 carriers to be named the league’s top freshman.