previous story
Where Does Big Ben Fit In?
next story
3 Takeaways From Magic-Bucks
College Basketball

The NCAA is in discussions regarding multiple options for the 2020-21 men's and women's college basketball seasons.

The NCAA shared a timeline document with conference commissioners late last week that explains the process on beginning the upcoming season.

The start date will be announced on Sept. 16., with other guidelines for the season revealed as well.

Let's break down what we know so far about the 2020 NCAA basketball season with the help of college baskeball insider Andy Katz:

The NCAA is considering four potential start dates for the season.

The season could start as originally planned, with practice beginning on Sept. 29 and competition beginning on Nov. 10.

Due to the COVID-19 pandemic, many schools are planning to move classes online by Thanksgiving and not re-open campus until mid-to-late-January, such as Michigan. Other universities have opted to go virtual for the entire semester, including Michigan State.

That allows for at least a two-month window with no students on campus, which means student athletes will be isolated in a bubble-type format.

"The majority of college campuses are ending any form of in-person learning Thanksgiving week ... So they will be perfect spots for playing games or taking those athletes to a neutral site and playing either non-conference or conference games."

The NCAA is still debating whether a conference-only schedule is best or if non-conference games can be safely included.

If college basketball does feature non-conference matchups, multiple games may be pooled to one site, where teams could compete in a round-robin style tournament with uniform testing protocols.

Another talking point is how many games will be included in the schedule, as a typical college basketball season features between 25-35 games per season. 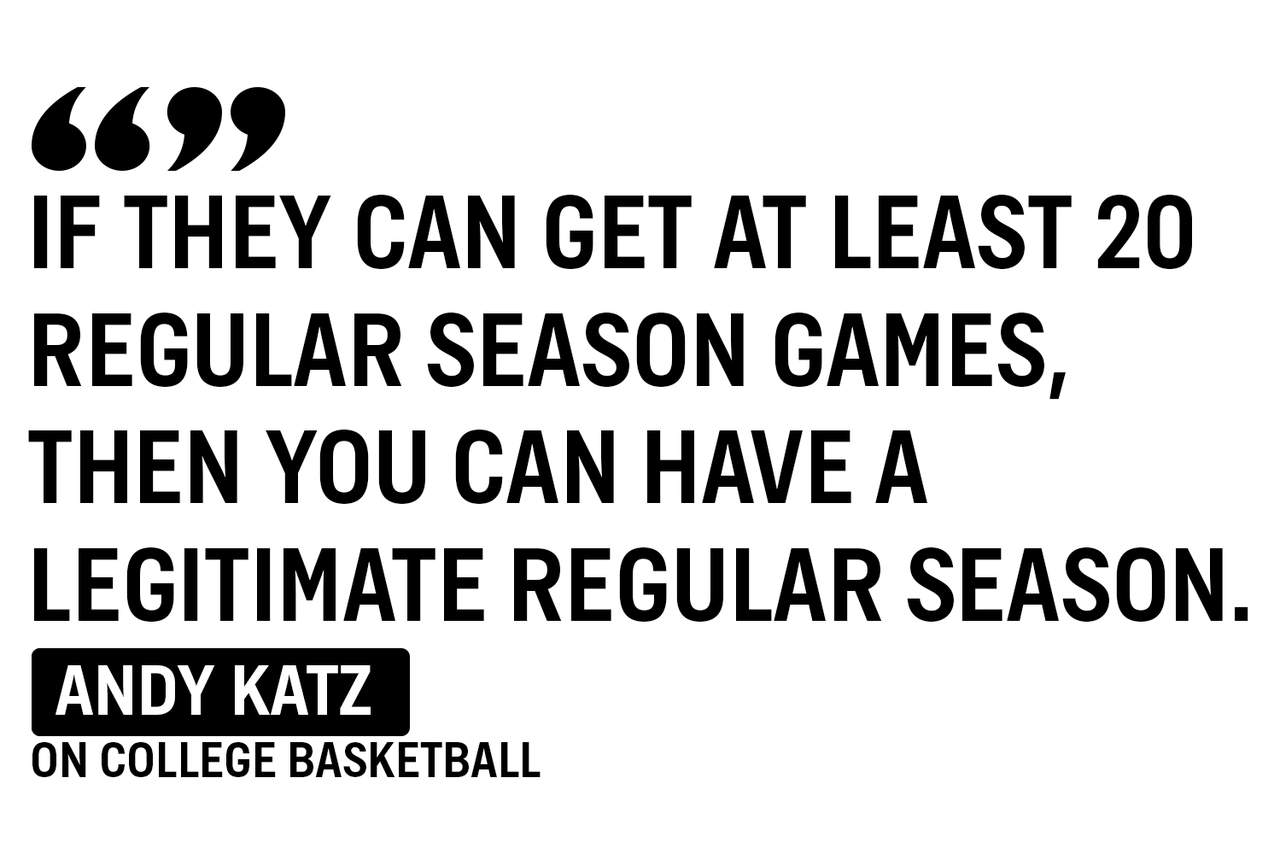 According to Katz, one thing is for certain: a bubble format for the entire season is not on the table. 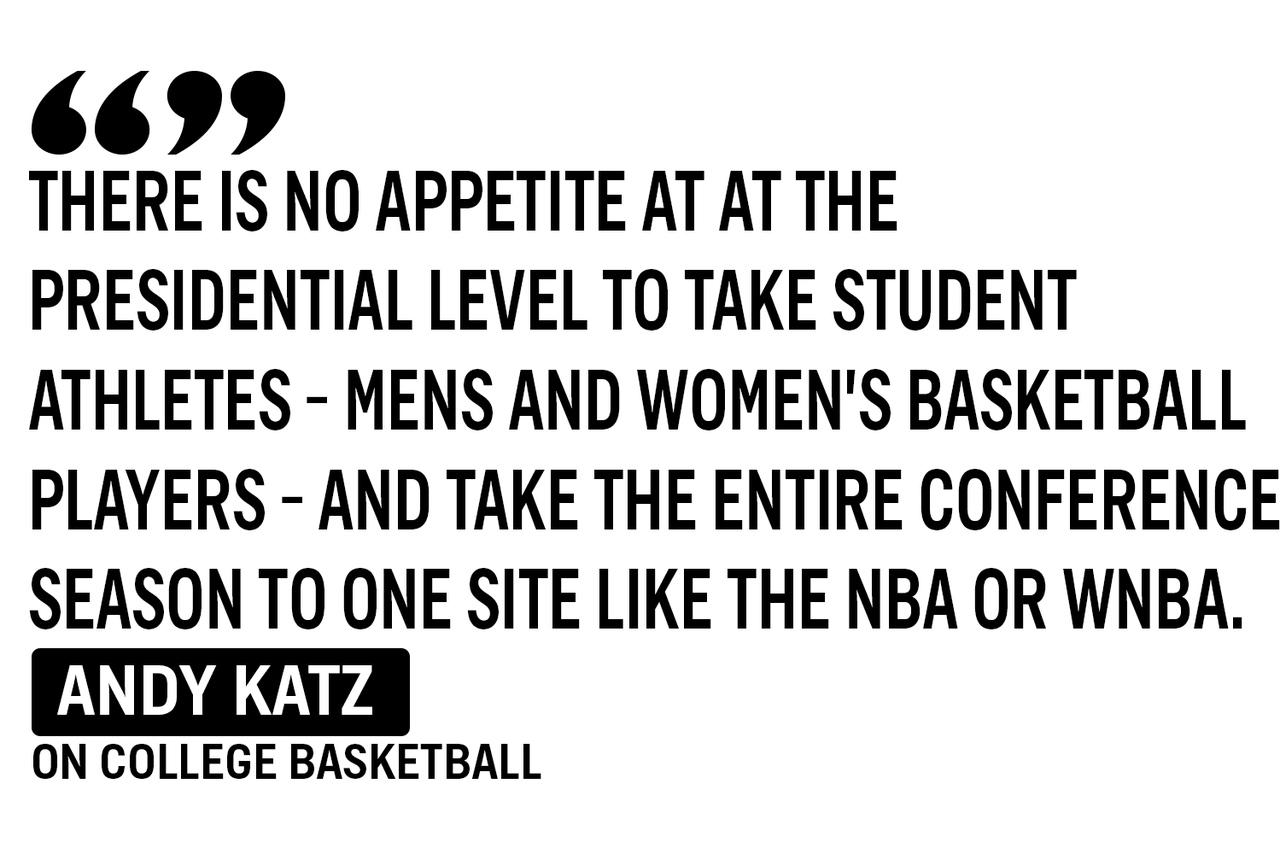 The NCAA has its own guidelines for testing in place, which schools must adhere to. But depending on the schedule, additional parameters could be put in place.

If it is conference-only play, the conference would determine the guidelines. If there are neutral-site games, then testing will be conducted inside the bubble.

According to CBS Sports analyst Jon Rothstein, coronavirus test procedures for college basketball players while on campus will likely be conducted in groups.

Earlier this month, NCAA Senior Vice President of Basketball Dan Gavitt confirmed that a March Madness tournament will happen in 2021.

"We’ll be flexible. We’ll be nimble and we’ll deliver what the country is desperately looking for again and that’s just an incredible March Madness tournament in 2021," Gavitt told Katz on a call.

If the regular season can be played within the potential start dates offered without challenges, then the original March start date for the tournament would still be viable.

NCAA president Mark Emmert confirmed that using a neutral site for the NCAA championships is an option, and Katz agrees with the move. 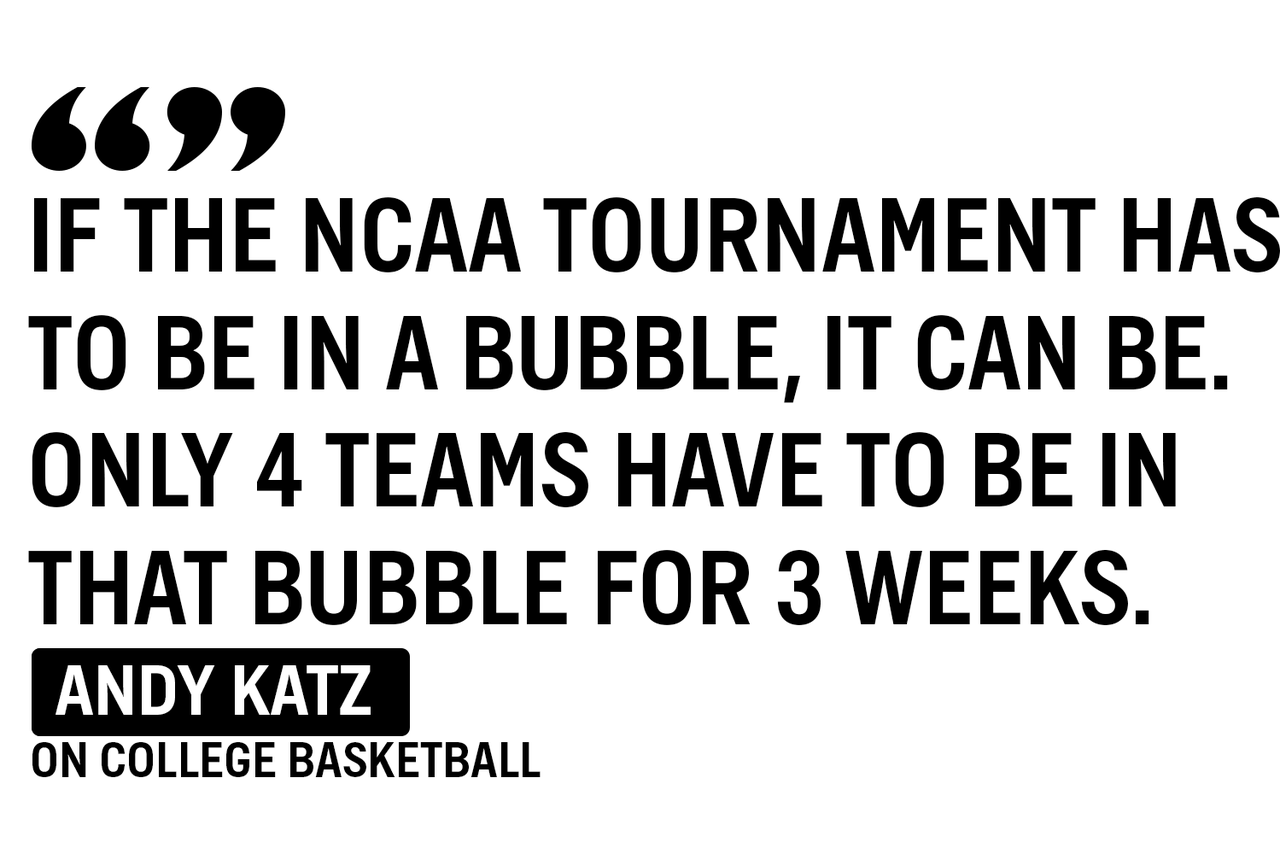