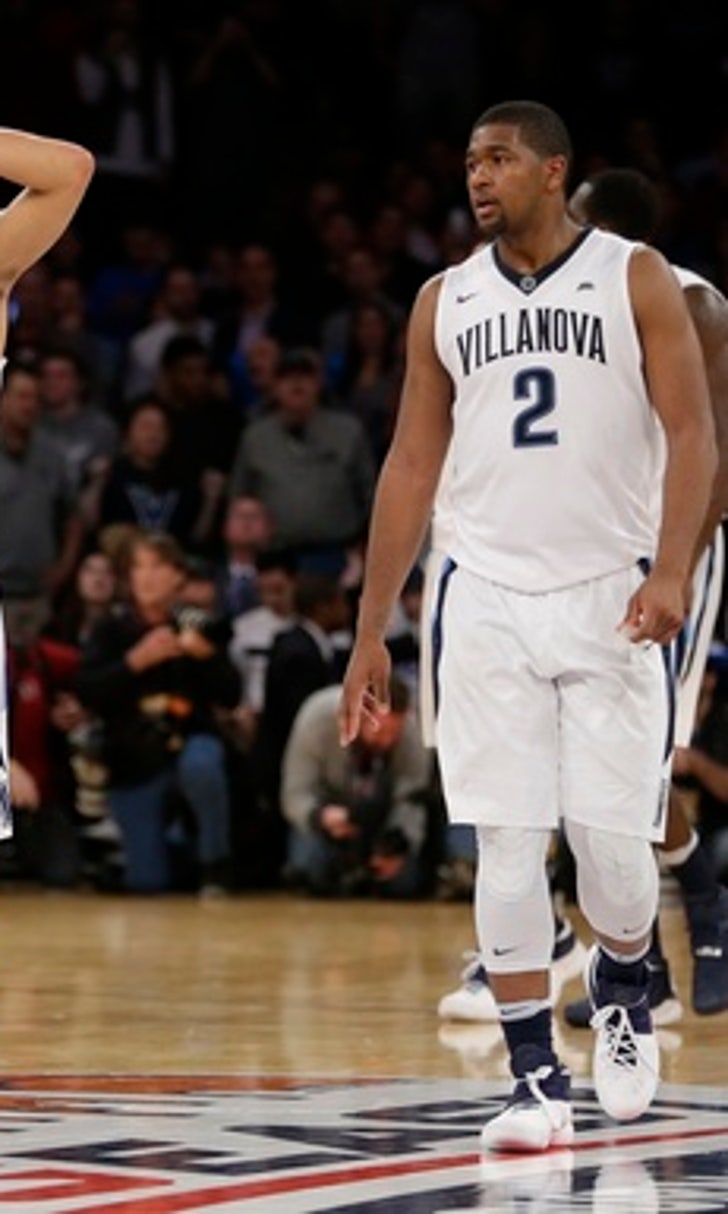 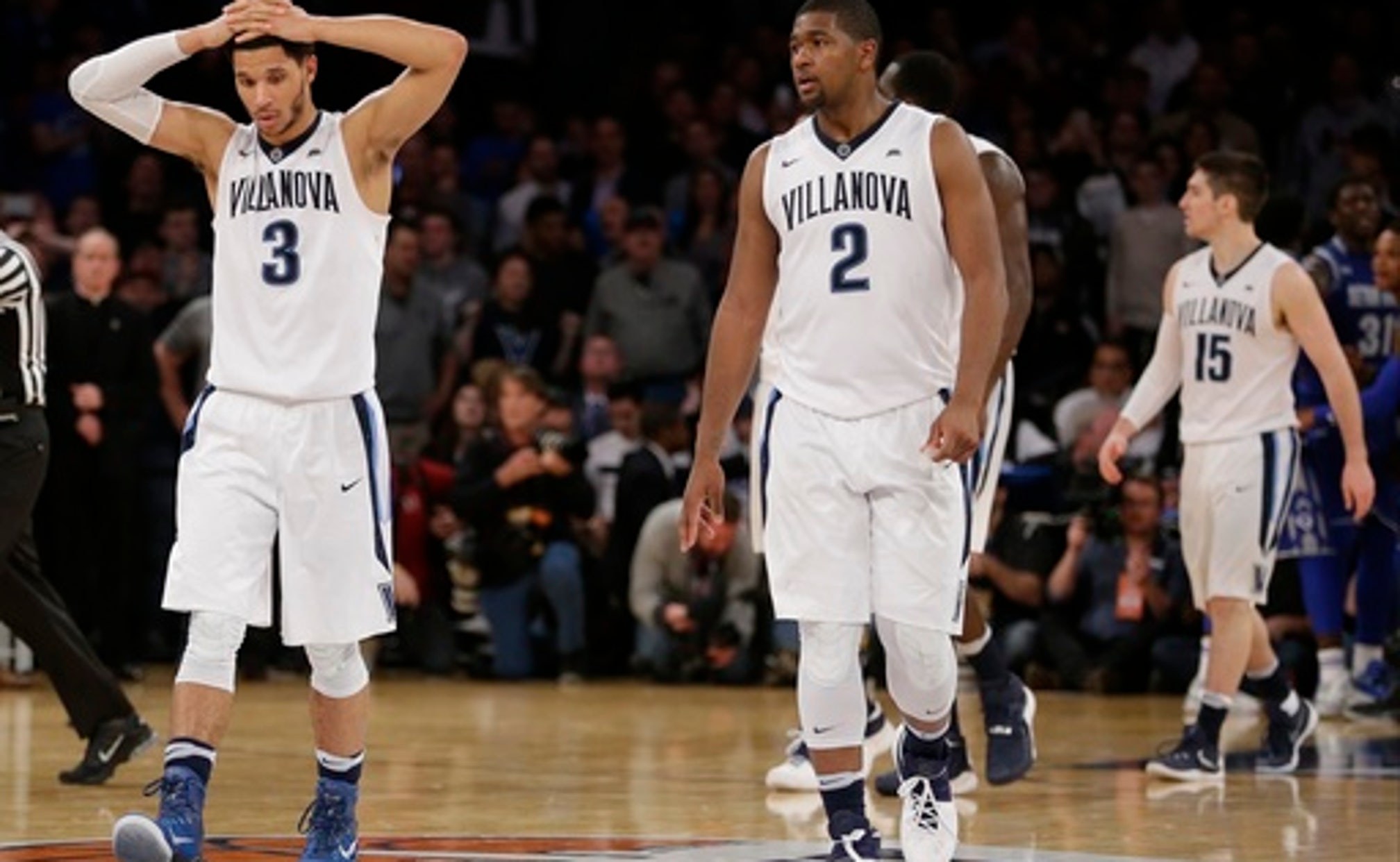 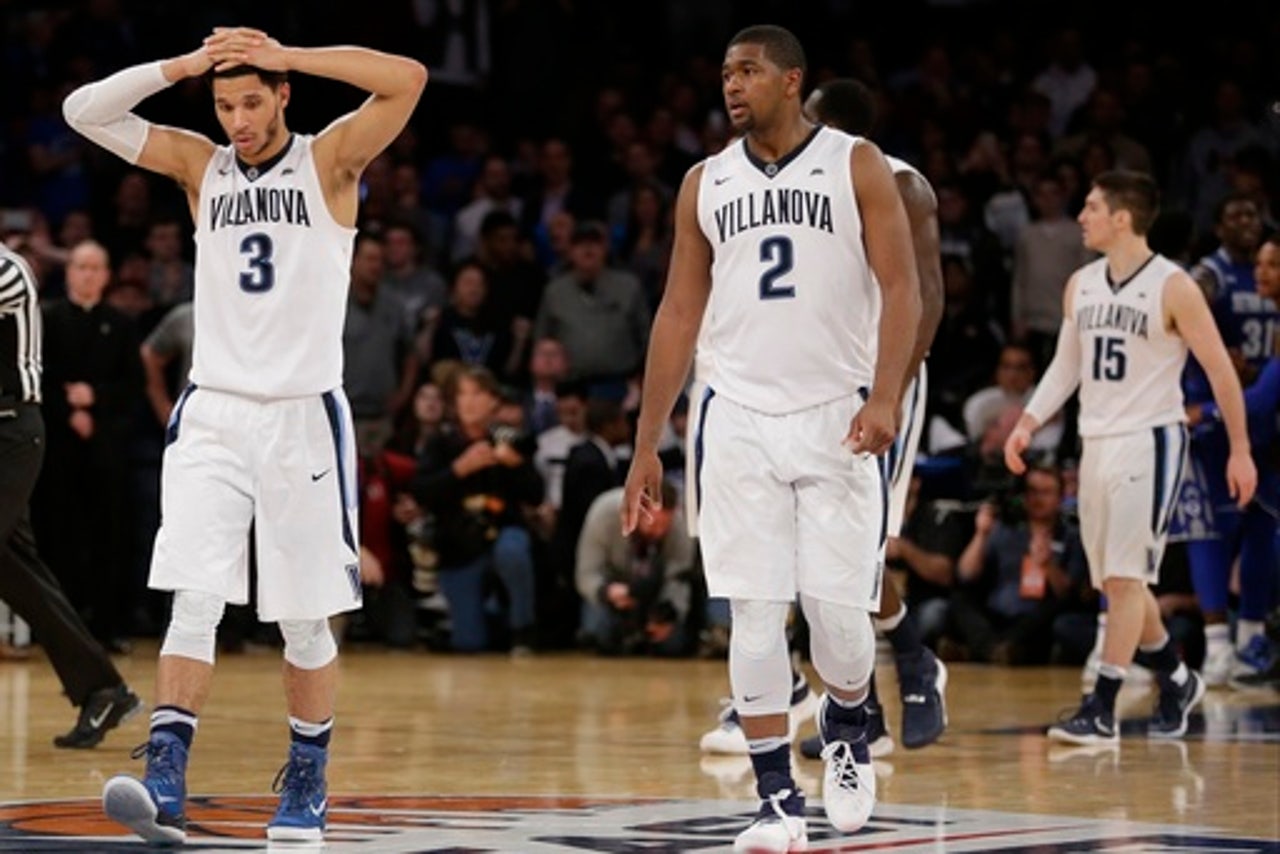 VILLANOVA, Pa. (AP) The South Region bracket flashed on the big screen at Villanova's packed student union and there was only mild applause when the Wildcats were stamped a No. 2 seed.

The Nova team that lined the first two rows of seats, students, alumni and other guests could barely get a rise of excitement out of another season as a single-digit seed in the NCAA Tournament.

Coach Jay Wright noticed the indifference and told the crowd at his pep rally speech not to take March Madness for granted.

''The name comes up and half the guys don't even clap. You get used to this,'' he said. ''You watch teams up there that are getting to go for the first time, or first time in 15 years, and they're going crazy. I see people here sitting in the same seats for the last 10 years at this event.''

March has become routine for Villanova.

So have the epic opening-weekend flops.

Villanova's March failures have trumped its Big East triumphs each season since the Wildcats made their last Final Four in 2009.

Here come the Wildcats again, with an uneasy history making them a shaky Final Four pick.

The Wildcats (29-5) appeared poised for a top seed before losing to Seton Hall in Saturday's Big East Tournament final. That might have bumped Villanova out of the East - where the Wildcats would've had a chance to play Sweet 16 and Elite Eight games in Philadelphia about 30 miles from campus.

''It's really been a challenge for our players during the regular season when people say, `Well this doesn't matter anyway, you've got to get past the second round.' I love the way they handled that,'' Wright said.

The Wildcats handled the challenge with their first No. 1 ranking in program history and a third straight Big East conference championship.

''It's more from the coaching standpoint than the players,'' he said. ''It's little tactical things we could do. It's two years in a row playing a 1-16 game or 2-15 game, then going to a high-level game the next game. Maybe the coaching staff - me - didn't do a good enough job in between those games.''

Ryan Arcidiacono, Villanova's senior point guard, said he did not feel the season would be defined by March success.

''Worst-case scenario, we lose again in the first or second round. We've done that before,'' he said. ''What's there to be afraid of, honestly? We've done it before and we'll accept the result as long as we play Villanova basketball for 40 minutes.''

The March Horrors could end this year. Or will they?

Up first, UNC Asheville. The Bulldogs have two first-round wins in the NCAA Tournament and used a pressure defense to beat Big East team Georgetown this season. The Bulldogs, who upset top-seeded Winthrop in the Big South tournament championship game, were seeded 16th in 2012 and just lost to top-seeded Syracuse, 72-65.

Up next, No. 7 Iowa or No. 10 Temple. The potential Villanova-Temple matchup will come stuffed with ''Rocky'' and cheesesteak references - and one notable result. Behind 25 points from freshman guard Jalen Brunson, No. 1 Villanova thumped Temple 83-67 on Feb. 17.

Down the line, potential games with No. 3 Miami or No. 6 Arizona loom and maybe even a game with top-seeded Kansas in the Elite Eight. Arcidiacono connected on a 3-pointer with 10.1 seconds left to put the Wildcats up for good in a 63-59 win over the Jayhawks on Nov. 29, 2013.

What if the Wildcats play Oklahoma, a No. 2 seed in the West, in the Final Four? Look out. The Sooners not only crushed Villanova 78-55 in December, the Wildcats missed a stunning 28 of 32 3-point attempts.

The Wildcats also were outrebounded against St. Mary's and UConn and were dominated the boards against NC State, 45-32.

''I think the pressure is there,'' Wright said.

With stacks of unthinkable losses to prove why.