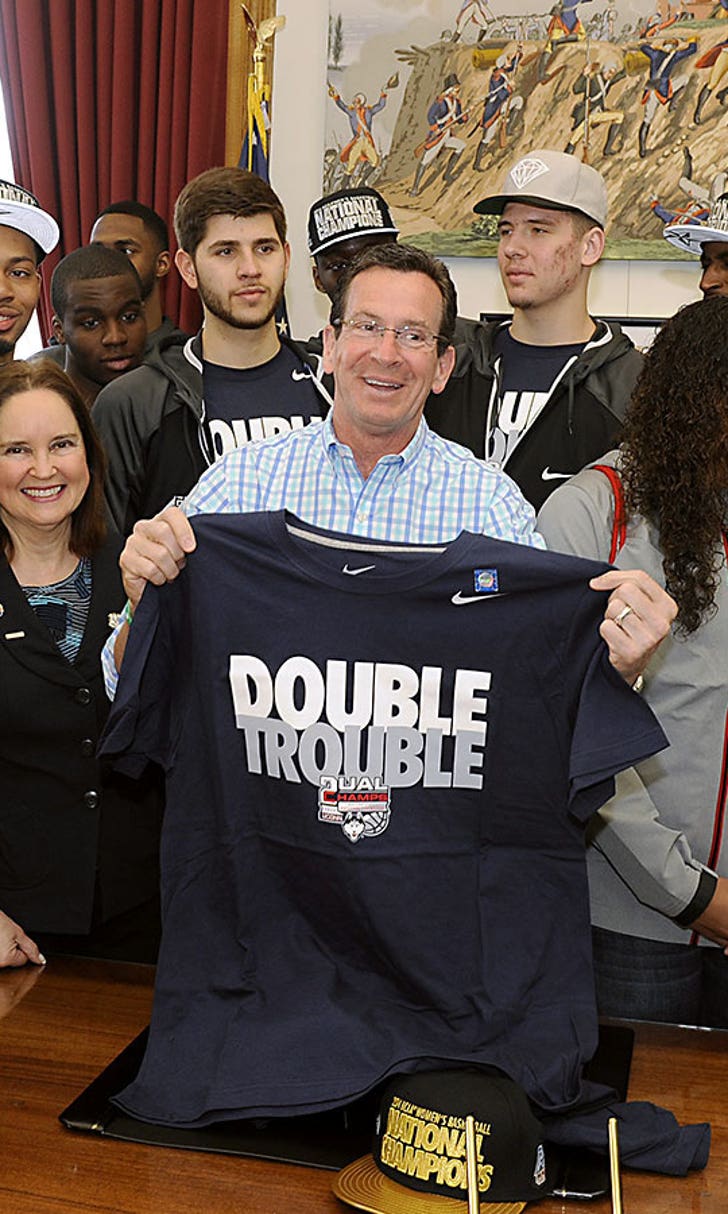 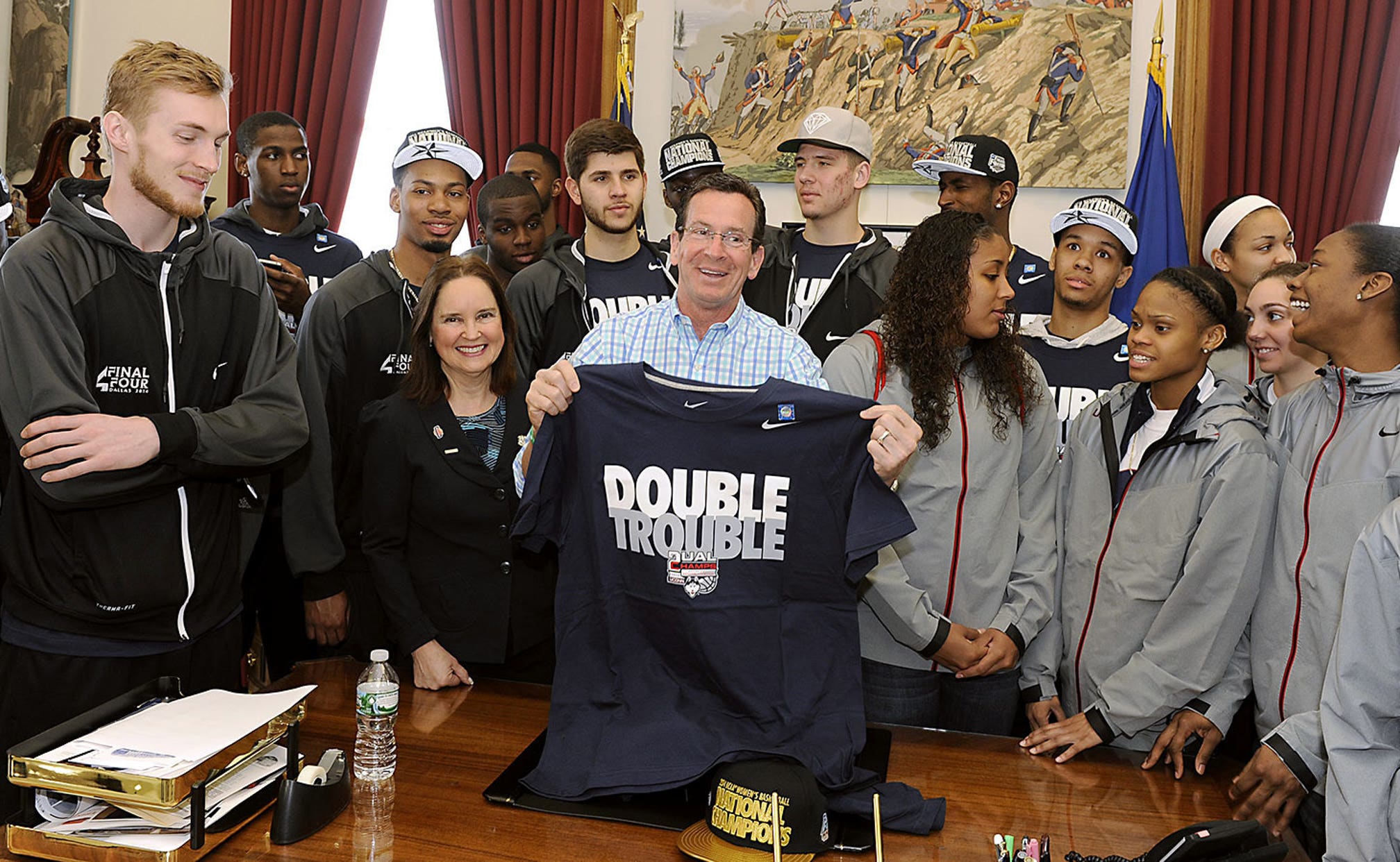 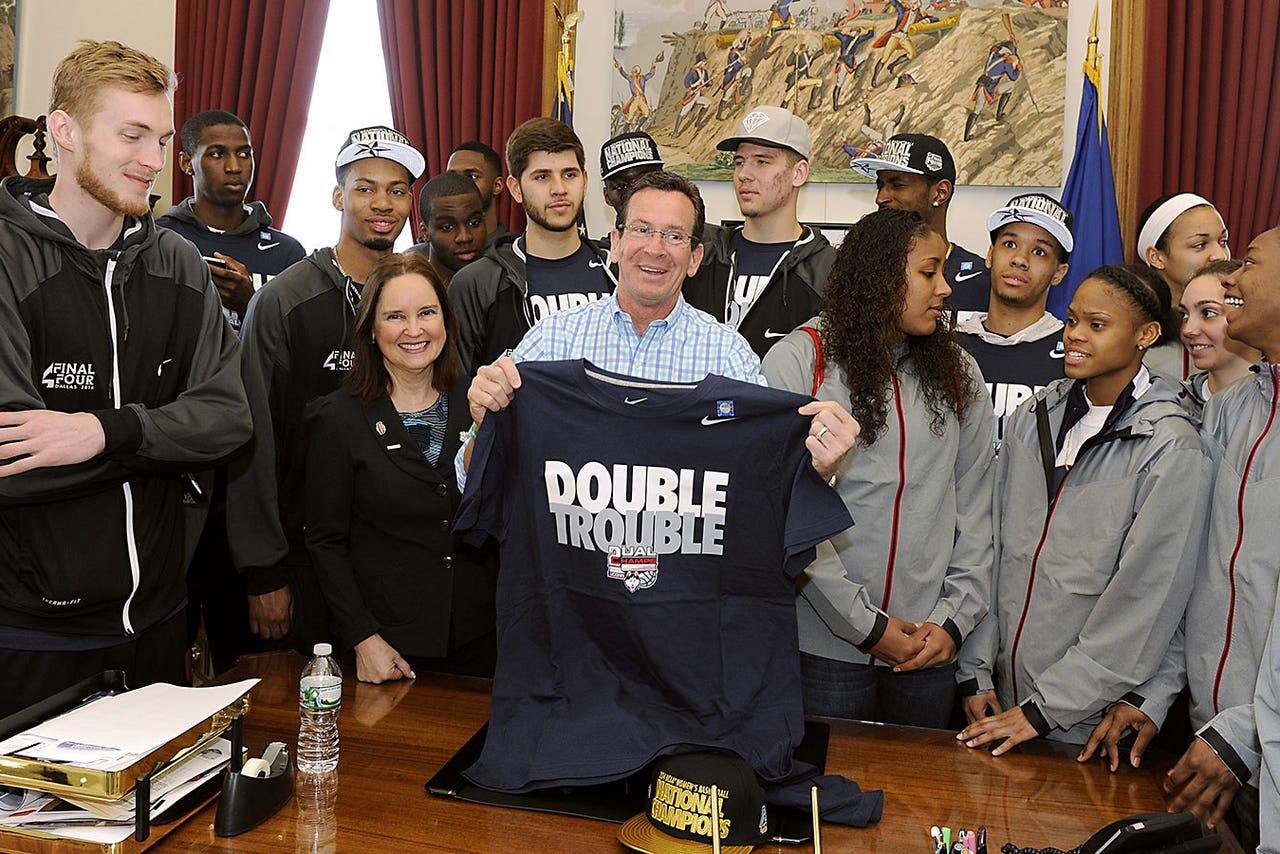 HARTFORD, Conn. -- Nothing like a big win to draw big crowds. But back-to-back victories bring out the biggest.

Hundreds of thousands of University of Connecticut fans jammed the streets of downtown Hartford on Sunday screaming for their victorious UConn Huskies.

Police described the outpouring as the largest parade the city of Hartford has seen since it's been keeping record -- bigger than the St. Patrick's Day parade, bigger than the 2004 UConn basketball celebration.

"Next to having my children and marrying my wife, this is the greatest moment of my life," said UConn alumnus Brian Fitzgerald of Glastonbury as he cheered the team.

Fitzgerald had stood in the stands in Texas several days earlier, cheering on the men's team as they won the NCAA championship. The women won the next day, emerging victorious over a strong Notre Dame team.

The women's dominance was unsurprising -- they have won a record nine NCAA championships under coach Geno Auriemma, beating the previous NCAA record of eight wins by the University of Tennessee women's team.

The men's win was more stunning, an unexpected run with neophyte coach and former UConn star Kevin Ollie that gave the men a fourth national title.

On Sunday, the women waved gleefully from an open truck rolling out of the state Capitol grounds onto the streets, followed by a truck carrying a grinning men's team.

A passel of leashed Siberian Huskies -- the UConn mascot -- and their handlers strode by, Mariana Aguirre of Bristol waved a sign reading "Top Dogs Again." A fan of the women's team, Aguirre stood with a crowd of friends who included UConn alumni.

Both team coaches were generous in their praise of their supporters.

"I enjoyed the parade because we shared it with the women's team," said Ollie. "Everybody is saying `thank you' to us. But I want to say `thank you' to the fans."

"The notion of thank you -- as if we did something for them. We gave them an opportunity to get excited, to get involved, to turn the TV on and say `that's my team,' but the one word I keep using is passion. There is a passion for basketball in Connecticut and I say thank you."

The state's political contingent, including Gov. Dannel P. Malloy and U.S. Sens. Richard Blumenthal and Christopher Murphy, along with UConn President Susan Herbst spoke at a post-parade rally at the Capitol building, where thousands of fans howled in unison as the winning coaches stepped up to the podium.

"We had confidence, so it didn't matter what other people were saying," he said. "It was us against the world, and we won."