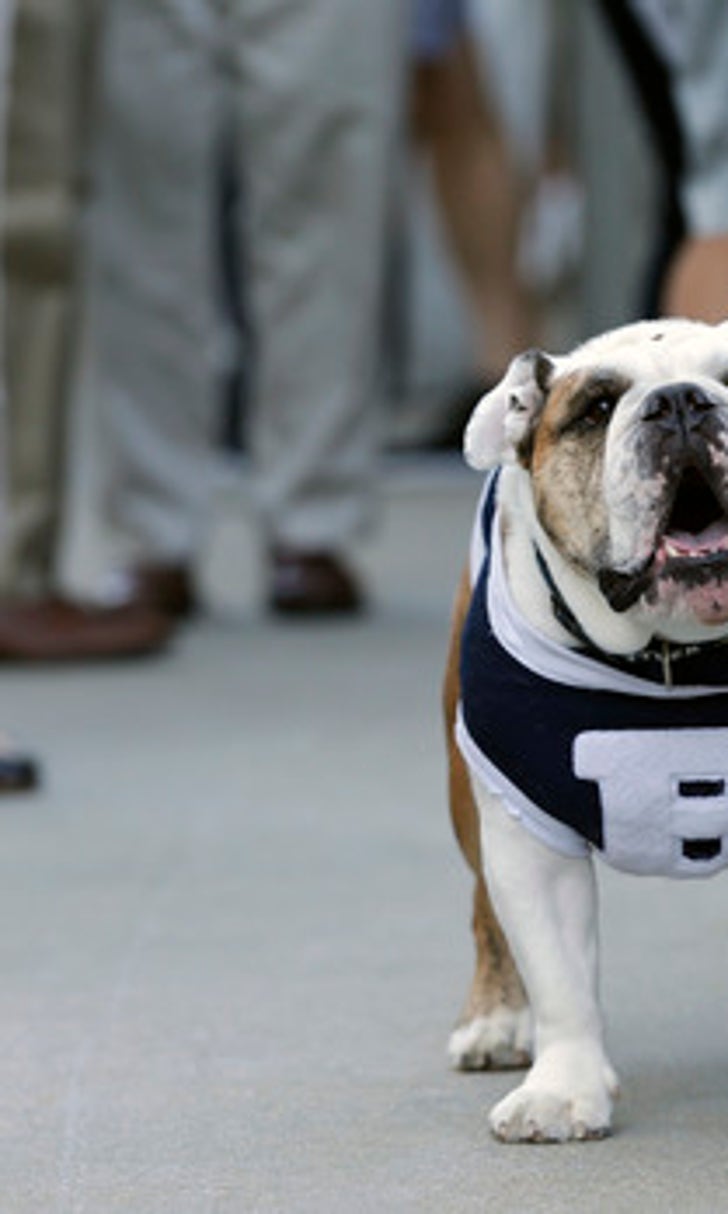 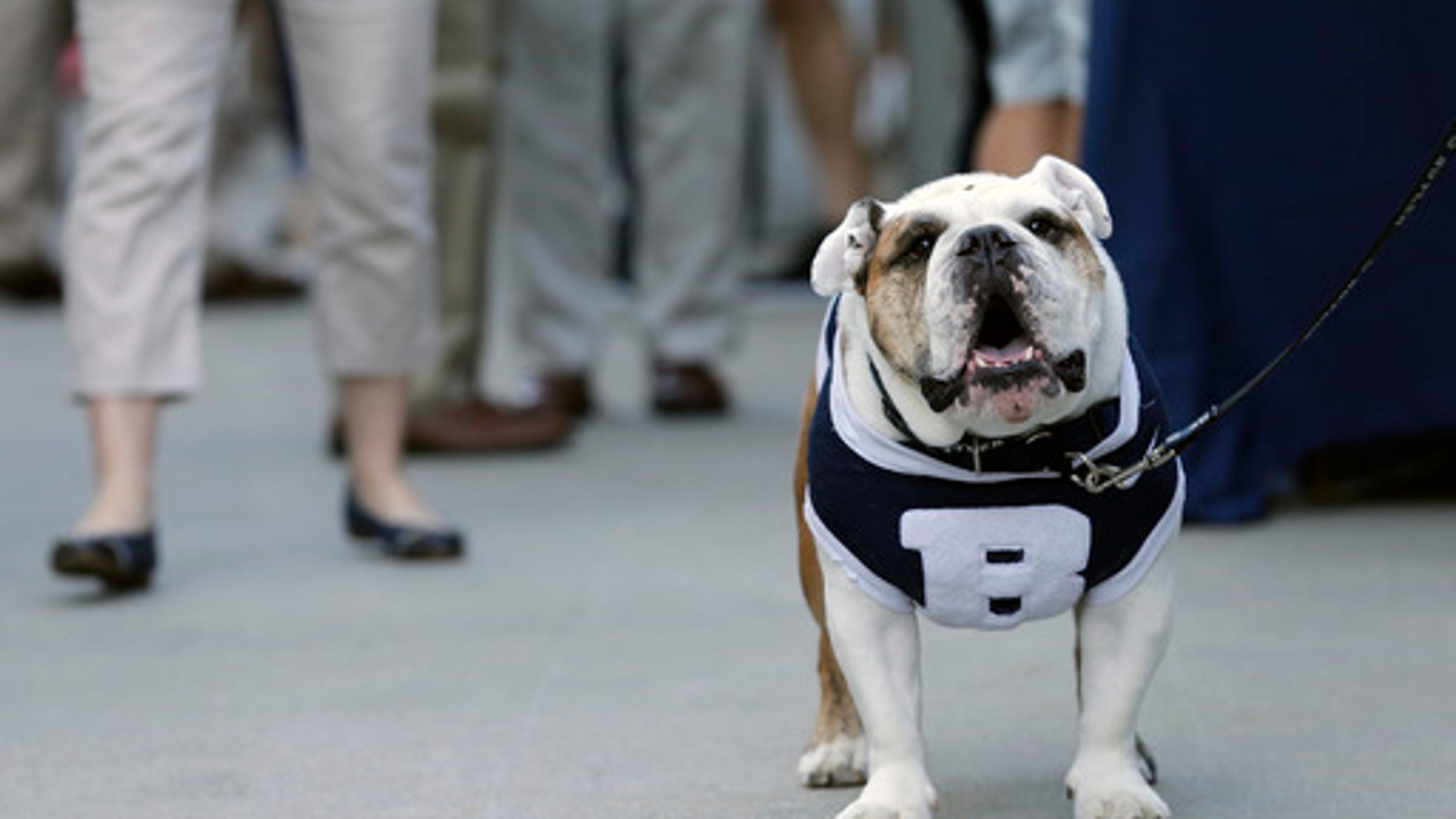 Shut out of NCAA games, Butler's mascot hard at work outside 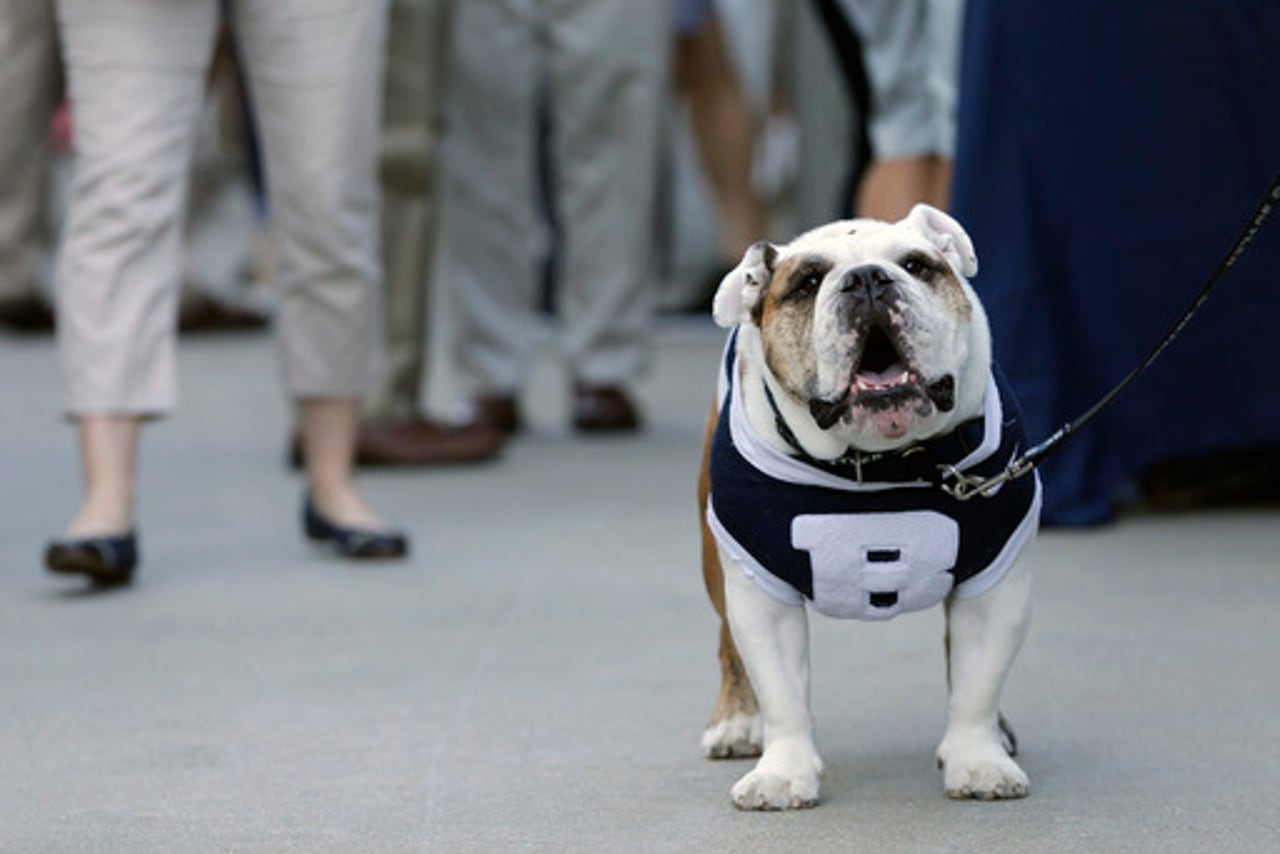 RALEIGH, N.C. (AP) Butler's bulldog mascot ''Butler Blue III'' can't attend his team's NCAA Tournament games this week in North Carolina due to NCAA rules. That doesn't mean the stout and compact canine isn't on the job even if he can't be courtside.

The mascot, nicknamed ''Trip,'' is making appearances at Butler fan events surrounding the games in Raleigh - including one at a tailgating event outside of PNC Arena - and visiting prospective students in the area ahead of Saturday's second-round matchup against No. 1 seed Virginia in the Midwest Region.

It's quite the marketing campaign for the private university of about 4,800 students in Indianapolis.

''I'm telling you, he's not like a normal bulldog,'' said Michael Kaltenmark, Trip's handler and school director of external relations. ''He can go and go and go.''

NCAA spokeswoman Emily James said in an email Thursday that live-animal mascots aren't allowed to attend games ''due to limited space'' and multiple game sessions through the early rounds, though schools can request an exception for the Final Four.

There are several schools in the NCAA field with animal mascots, though most don't regularly bring live versions to basketball games - imagine the chaos with a Michigan wolverine at courtside - like Butler. Trip's predecessor, Blue II, attended Butler's Final Four appearances in 2010 and 2011 under then-coach Brad Stevens.

Now Trip's on deck, if the ninth-seeded Bulldogs can pull a few upsets.

Before Thursday's first-round win against Texas Tech at the tailgating tent outside of the arena, Trip drew a steady stream of fans eager to get a photo or give him a good scratch behind the ears.

That included university President James Danko, who said Trip was ''the absolute star.''

''Most popular person on campus, right?'' Butler coach Chris Holtmann said this week in an interview with The Associated Press. ''It used to be Brad Stevens. I think now it's the mascot. . The guys who handle him are awesome. They're really fun. They do a great job with it.''

Trip, who stayed at the team hotel during Thursday's game, had six visits scheduled with prospective students as part of a program promoted on his Twitter account - (hash)ButlerBound.

Kaltenmark and Trip started Friday with a ButlerBound visit and appeared in studio for part of a Raleigh sports talk radio morning show. After hitting a pet store to grab treats, they headed downtown for sightseeing photos and to nearby Durham to visit Duke - which beat Butler in the 2010 title game.