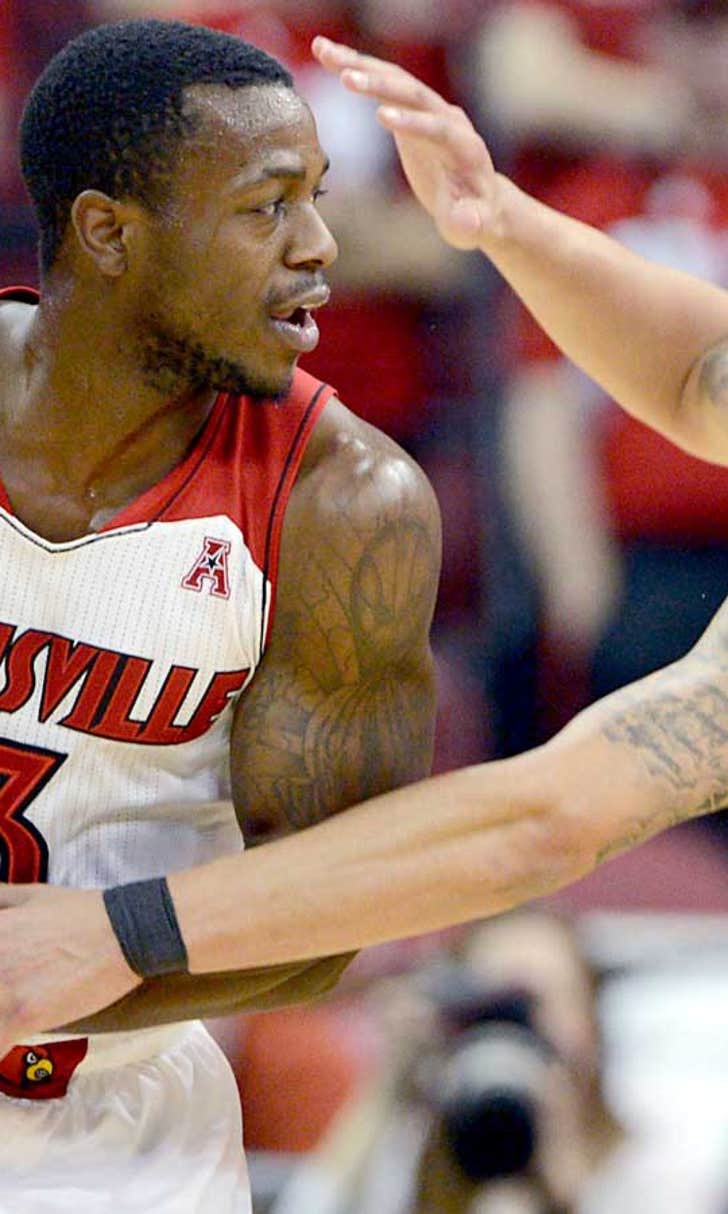 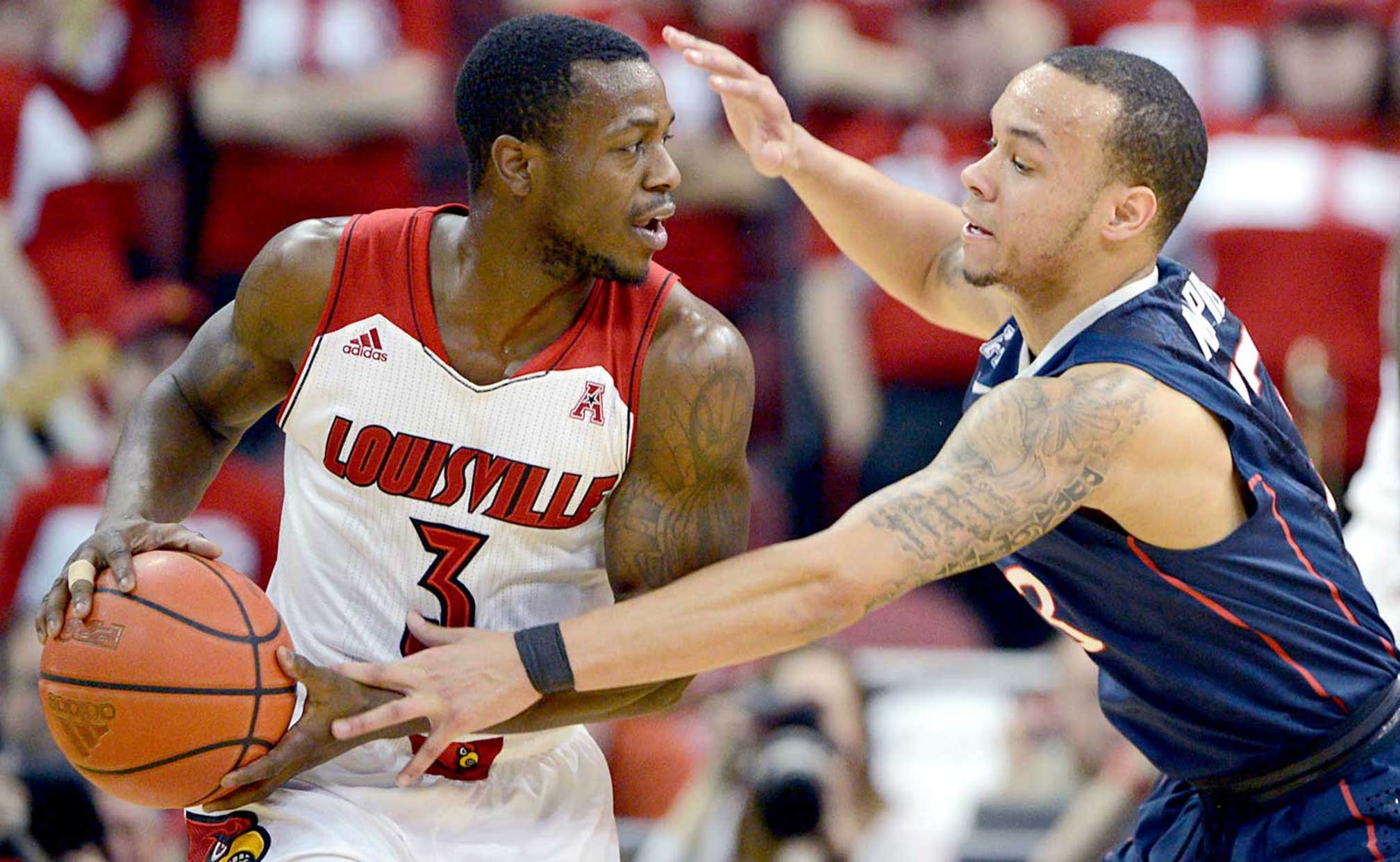 previous story
No. 5 Louisville beats No. 21 UConn 71-61
next story
Mariners relievers struggle in loss to Giants

Pitino lobbies for a No. 1 seed after No. 5 Louisville beats No. 21 UConn 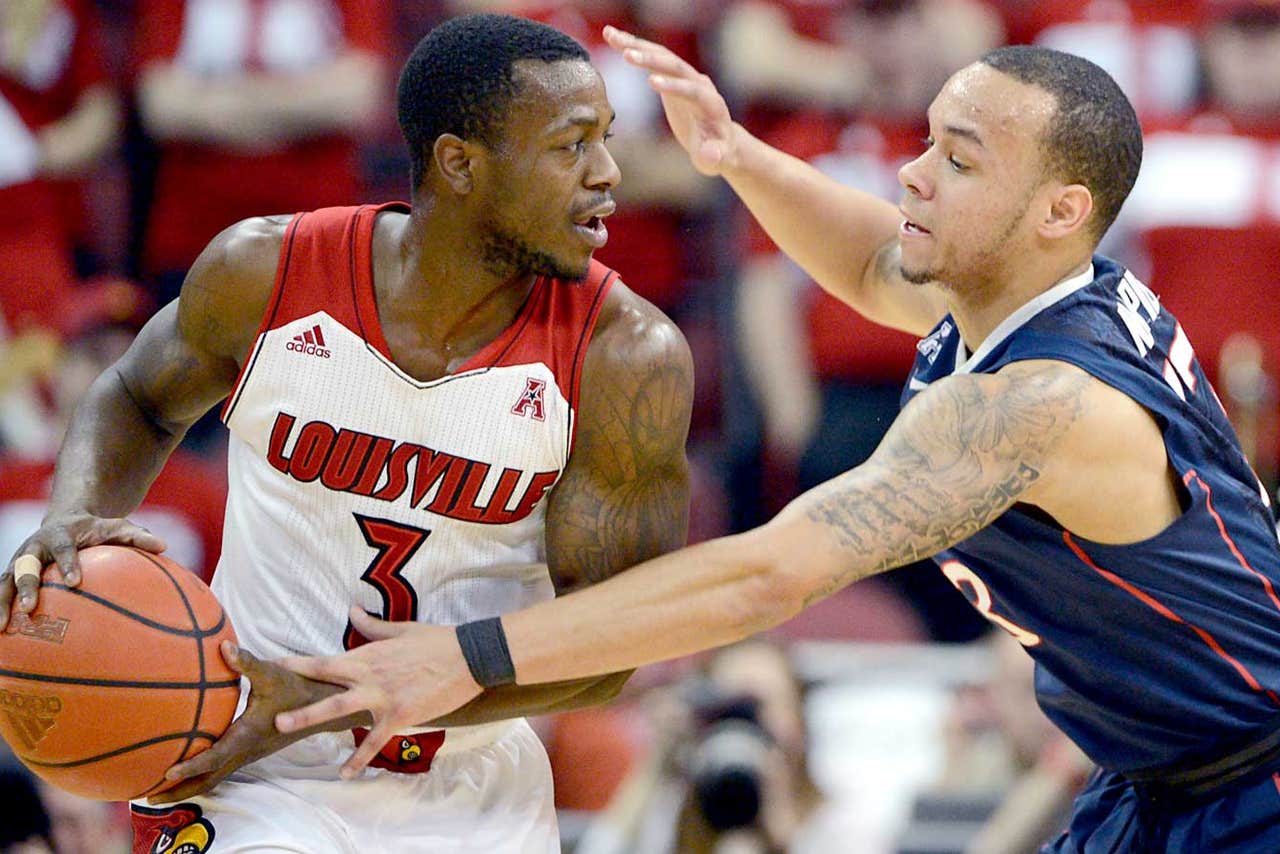 Of course, Pitino thinks the defending national champs deserve a No. 1 seed, even if he knows they likely won't get one.

Montrezl Harrell had 22 points, 11 rebounds and three blocks, and fifth-ranked Louisville beat No. 21 Connecticut 71-61 Saturday for the inaugural American Athletic Conference title in the Cardinals' lone season in the league.

"But I'm very impressed with our guys," Pitino said. "What they've done to win a regular season, conference tournament the way we have done it, in the fashion we have done it fits the eye test. I can't talk about the strength of the league. If you want to blame anybody, blame football. Don't blame us."

The Cardinals (29-5) clinched their 40th NCAA tournament berth in style with their 19th overall tournament title. They took the last two in the Big East and added the American to go with their share of the regular-season title with Cincinnati. They will play next season in the Atlantic Coast Conference.

"To win a regular-season championship and a tournament championship back to back is not easy. You have to have special players, and these two epitomize exactly that," Pitino said, praising Russ Smith and Harrell.

Smith, named the tournament's most outstanding player, scored 19 points. He also had five steals to move into a tie for Louisville's career record with 254. Chris Jones added 11 points.

Smith said he thought a year ago that he had done almost everything a college athlete can, but he wanted to enjoy being a senior on campus and work on his game. Now he has another title to enjoy.

"I have a lot of fun being at Louisville," Smith said.

UConn (26-8) came in looking for an eighth tournament title to go with seven from the Big East. It was barred from postseason play a year ago, but is a virtual lock to return to the NCAA tournament this year.

The Huskies left Memphis with a third loss this season to Louisville -- all by double digits.

"Louisville's playing great basketball," UConn coach Kevin Ollie said. "They won the championship last year, they went to the Final Four the year before. They got pretty much their whole team back, an experienced bunch, they play hard and well coached. But this tournament is wide open. It's a one-game elimination. Somebody can get hot, and hopefully that team will be us."

Ollie also looked ahead to a conference that will be losing Louisville and Rutgers and adding teams like Tulsa. He said UConn plans to continue being at the top of the American.

"This conference is going to be great," Ollie said.

DeAndre Daniels led the Huskies with 17 points and 10 rebounds. Conference player of the year Shabazz Napier had 16 points on 4-of-12 shooting, and Amida Brimah finished with 14.

UConn outscored Louisville 32-28 in the paint, but the Cardinals turned the Huskies' 13 turnovers into 13 points. Louisville also outrebounded the Huskies 38-33 and enjoyed a 14-6 advantage on second-chance points.

Louisville routed UConn 81-48 a week ago on the Cardinals' home court. But the Huskies were a confident bunch heading into the final, coming off victories over No. 19 Memphis in the quarterfinals and No. 13 Cincinnati in the semis.

The Cardinals grabbed an early lead and controlled the action for much of the game. Harrell scored 10 points in the first half and was a blur at times, blocking Brimah twice on one possession. He also swooped in for a dunk off a Smith assist that looked more like a layup that just missed the basket short.

UConn stayed within six of the Cardinals down the stretch, but Louisville finished the half on a 10-2 run that included 3s by Terry Rozier and Luke Hancock. Smith also had a steal and a pass ahead to Rozier for a fast-break layup that gave the Cardinals their biggest lead yet at 37-23 going into the break.

"We just didn't find our rhythm," Napier said. "They did play good defense. Once we got into the middle, guys had open shots, and we just couldn't knock them down."

The Huskies tried to take advantage of Louisville's shooting woes to open the second half.

The Cardinals missed their first five shots, but Harrell had big three-point play for a 45-28 lead. Louisville went up by as much as 20 a couple times, the last at 52-32.