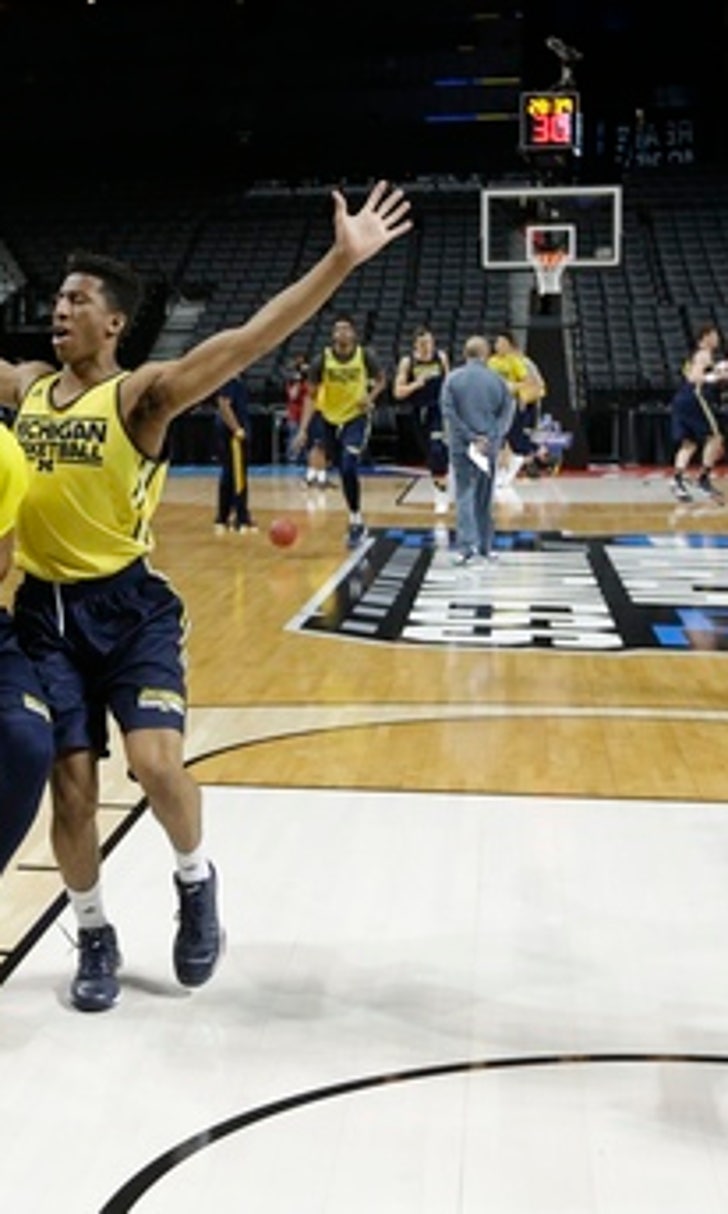 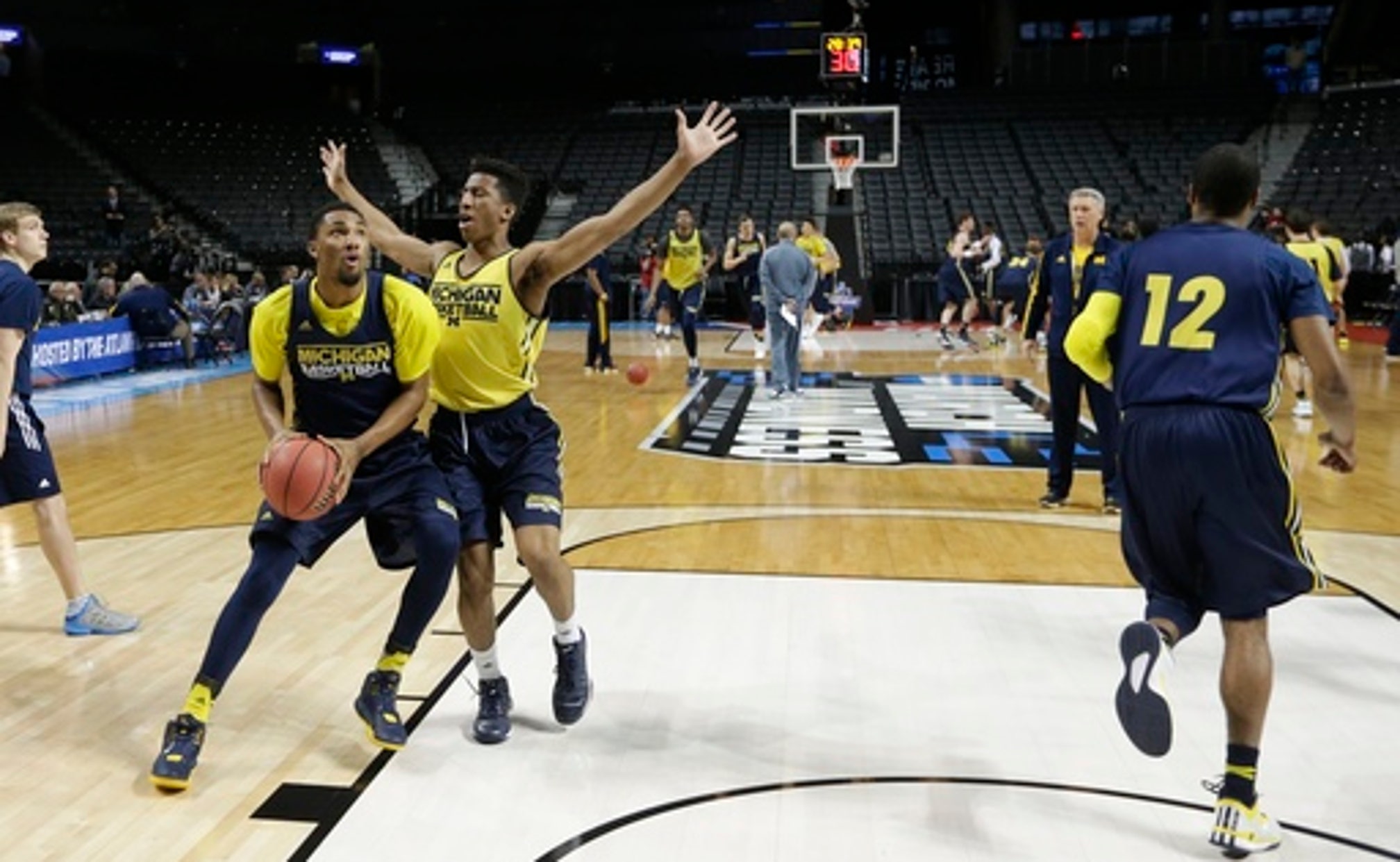 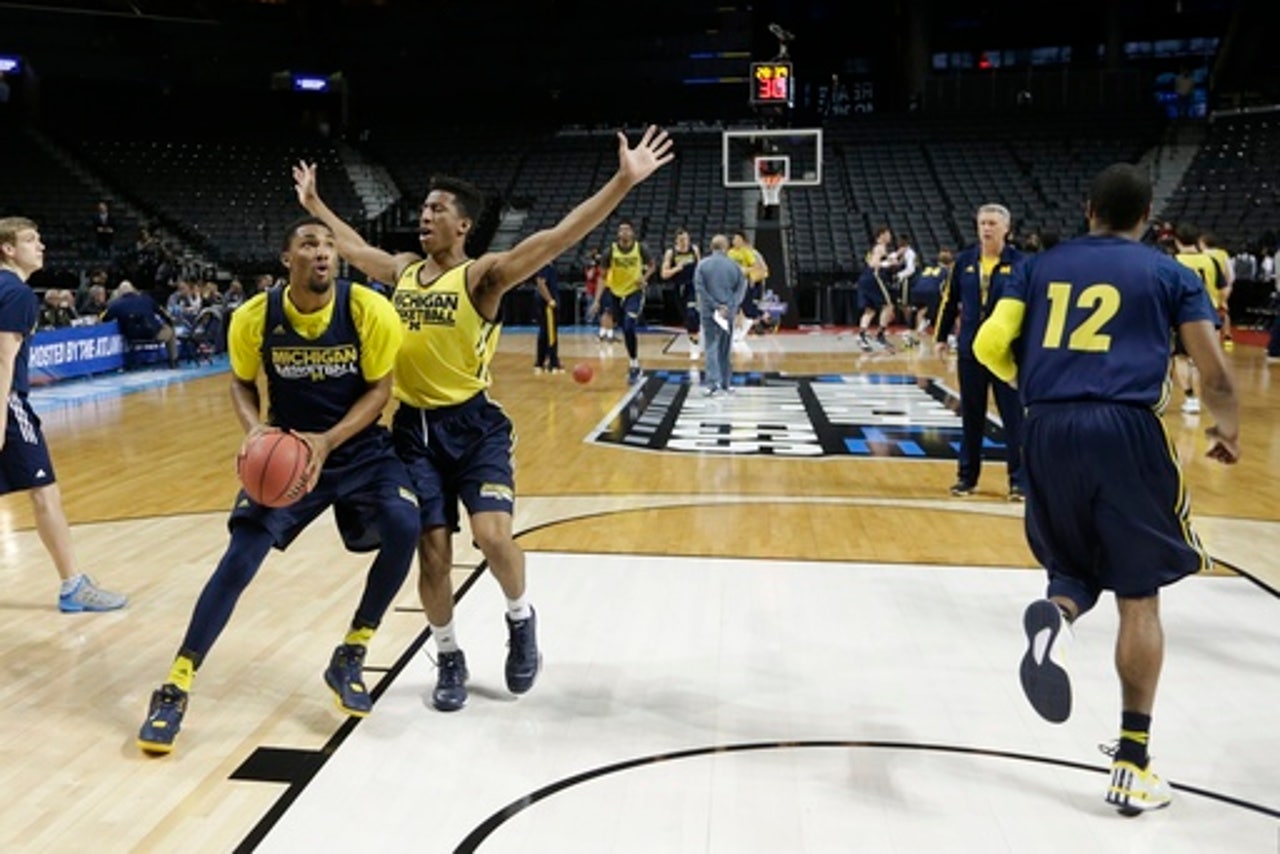 Forget football in the Midwest. These two schools are playing basketball in Brooklyn.

Sixth-seeded Notre Dame and 11th-seeded Michigan, which beat Tulsa in a First Four game on Wednesday night, meet Friday in a first round game in the East Regional at Barclays Center.

The teams' press conferences featured some talk about football, the sport that defines the rivalry.

Notre Dame put its rivalry with Michigan on indefinite hold after the 2014 season - and the Wolverines were not pleased about. The Fighting Irish needed to reconfigure their schedule after joining the Atlantic Coast Conference. Even though Notre Dame is not a football member of the ACC, its agreement with the conference requires the Irish to play five ACC teams per season.

Notre Dame pulled out of the rivalry with three games remaining on the contract and no games are planned for the future. The Fighting Irish won the last football game between the teams 31-0 in South Bend in 2014.

''We had the latest wakeup call ever, noon,'' Beilein said.

While Michigan may be tired, Notre Dame had the problem of not knowing who they would be playing until late Wednesday night.

''We started watching it at Dave and Buster's. So we were at Dave and Buster's playing some games, having fun, watching the game,'' Notre Dame's Demetrius Jackson said. ''And then we kind of finished it in our hotel room. But, yeah, we watched the game, kind of digested it, saw a great game, saw two great teams going at it.''

The teams have very similar numbers this season and both take very good care of the ball. Michigan averages 9.7 turnovers per game, the same as Notre Dame.

''For most of the season, we led the league - led the nation in least amount of turnovers,'' Brey said, ''and then (at the ACC Tournament) we hit every cheerleader in the building.''

Things you should know about Friday's game between the Fighting Irish and the Wolverines.

MISSING STAR: Caris LeVert is still Michigan's leading scorer despite having played in one game since Dec. 30. A lower left leg injury kept him of every game except against Purdue on Feb. 13. He announced on March 1 that he would not be returning this season.

SOME SHOOTER: Notre Dame's Zach Auguste has a career 68.9 field-goal percentage in the NCAA Tournament (31 for 45). Auguste is averaging 15.7 points and 11.9 rebounds over the Fighting Irish's last 12 games.

REAL FOCUS: Most coaches would complain that they had to face the winner of a First Four game in the opening round. Not Brey.

''It was different in that you don't know who you're playing until late last night. But you know what, it may have been a blessing because you concentrated more on your own team than Tulsa or Michigan. Certainly, there's still some things that we can do better, especially taking care of the basketball,'' he said. ''So it probably was a blessing in that I wasn't distracted watching too much Tulsa or Michigan film. I think I watched a half of each on Tuesday, and then that was it, and kind of coached our own team.''

STILL HURTING: Notre Dame came so close last season to ending Kentucky's quest for a perfect season - losing to the Wildcats by two points in a regional final.

''I think it's made this group hungry to be back in this tournament. This nucleus was a big part of that run in the NCAA Tournament. And certainly was right there to be so close to a Final Four berth,'' Brey said. ''I think they come into this thing ready to attack, and I certainly don't want to over coach them, and I don't want them playing looking over their shoulders. We need to play downhill.''

CLOSING STRONG: Michigan guard Muhammad-Ali Abdur Rahkman has become a key player down the stretch for the Wolverines. With the exception of the game at Wisconsin, the sophomore has scored in double digits in seven of the last eight games. During that run, he has not had more than two turnovers in any game.