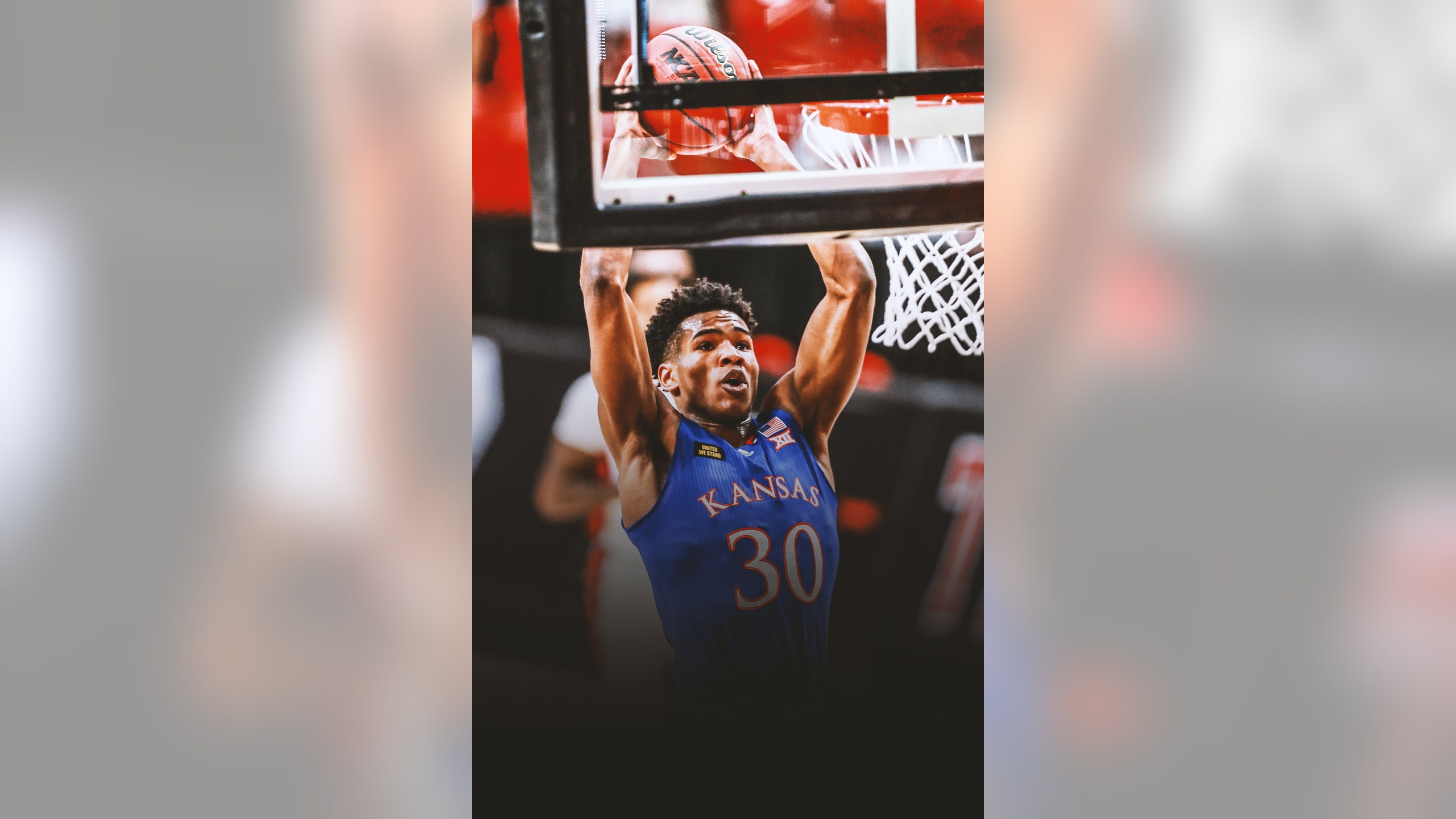 As March Madness approaches, the Big 12 Conference is heating up

March Madness is right around the corner, and the Big 12 Conference is picking a perfect time to hit its stride.

As of this week, the conference features six teams in the AP Top 25, with undefeated Baylor sitting at No. 2.

That's more teams than any other conference has in the Top 25. The Big Ten is second with five.

In his most recent bracketology update, FOX Sports Bracketologist Mike DeCourcy has the Big Ten garnering the most NCAA Tournament bids, with 10, followed by the Big 12 with seven.

But a glimpse at the Big 12 schedule reveals a conference that is ramping up its competitiveness at the perfect time -- just as we begin to close in on the NCAA Tournament.

After going through a midseason slump, with losses in four of five games, and falling out of the Top 25, No. 23 Kansas has bounced back. The Jayhawks have won their past five games, including a victory over then-No. 23 Oklahoma State and a 67-61 victory over No. 15 Texas Tech on Saturday.

The victory over Texas Tech showed off a well-balanced Jayhawks attack, with all five starters scoring in double figures, including a team-high 17 from junior center David McCormack.

Elsewhere in the conference, the No. 13 West Virginia Mountaineers are also streaking. They have won four of their past five games, with three of those wins coming against ranked opponents Texas Tech, Kansas and No. 12 Texas on Saturday.

The Mountaineers rallied from 19 points down to defeat the Longhorns 84-82 and move into a two-way tie for third in the Big 12. The only loss in their past five games was a double-overtime thriller against No. 9 Oklahoma.

If not for the postponement of their game against Baylor, the Mountaineers would have faced five straight ranked opponents from their Feb. 6 matchup with Kansas through Saturday's contest against Texas.

It isn't just the quality of the teams that makes the Big 12 as strong as it is. It's also the individual talent. Baylor is viewed as one of the two best teams in the country, and it is led by junior guard Jared Butler, who is averaging 17 points and 5.2 assists.

His play very well could make him an All-American.

Then there is Oklahoma State freshman Cade Cunningham, who could be the No. 1 overall pick in the 2021 NBA Draft. Cunningham is averaging 18.6 points, 6.1 rebounds and 3.7 assists, and he has the Cowboys on the verge of an NCAA Tournament berth.

But even with the impressive play lately throughout the conference, there is still skepticism heading into March, as detailed by Sam Panayotovich.

"They aren’t that amazing," Golden Nugget sportsbook director Aaron Kessler told FOX Sports, referencing No. 1 Gonzaga and No. 2 Baylor. "They’re very good teams. I don’t think they’re generational or even [best of the] decade teams. They’re not on the same level as the great teams. Gonzaga has an extremely efficient offense, and Baylor plays lock-down defense. They’re both very good teams. But they’re not better than that ‘18 Virginia team that lost to UMBC. Not in my eyes."

While you can question Baylor's generational dominance, there is no denying that the Bears are one of the elite teams in the country this season. On top of that, the Big 12 features multiple ranked programs, All-American candidates and a potential top-five pick in the upcoming NBA Draft.

When it comes to the requirements for an elite college basketball conference, the Big 12 checks every box.

As the tournament approaches, these teams will have a chance to prove on the biggest stage that theirs is the best conference.