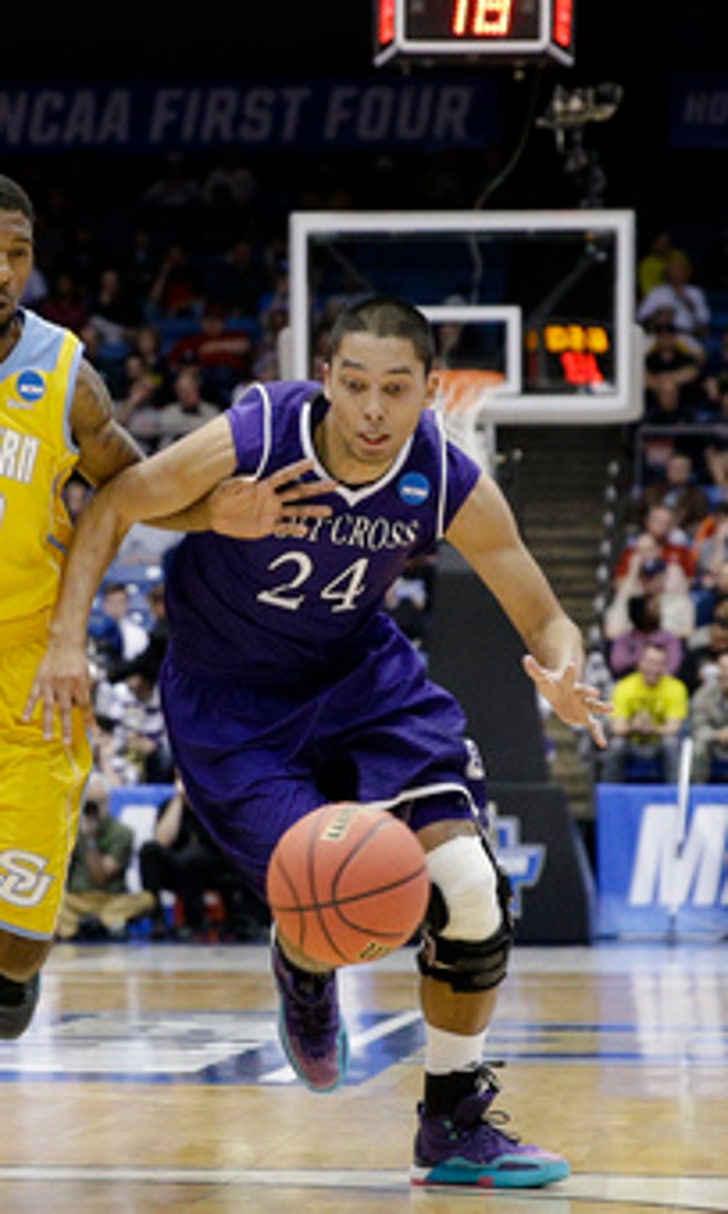 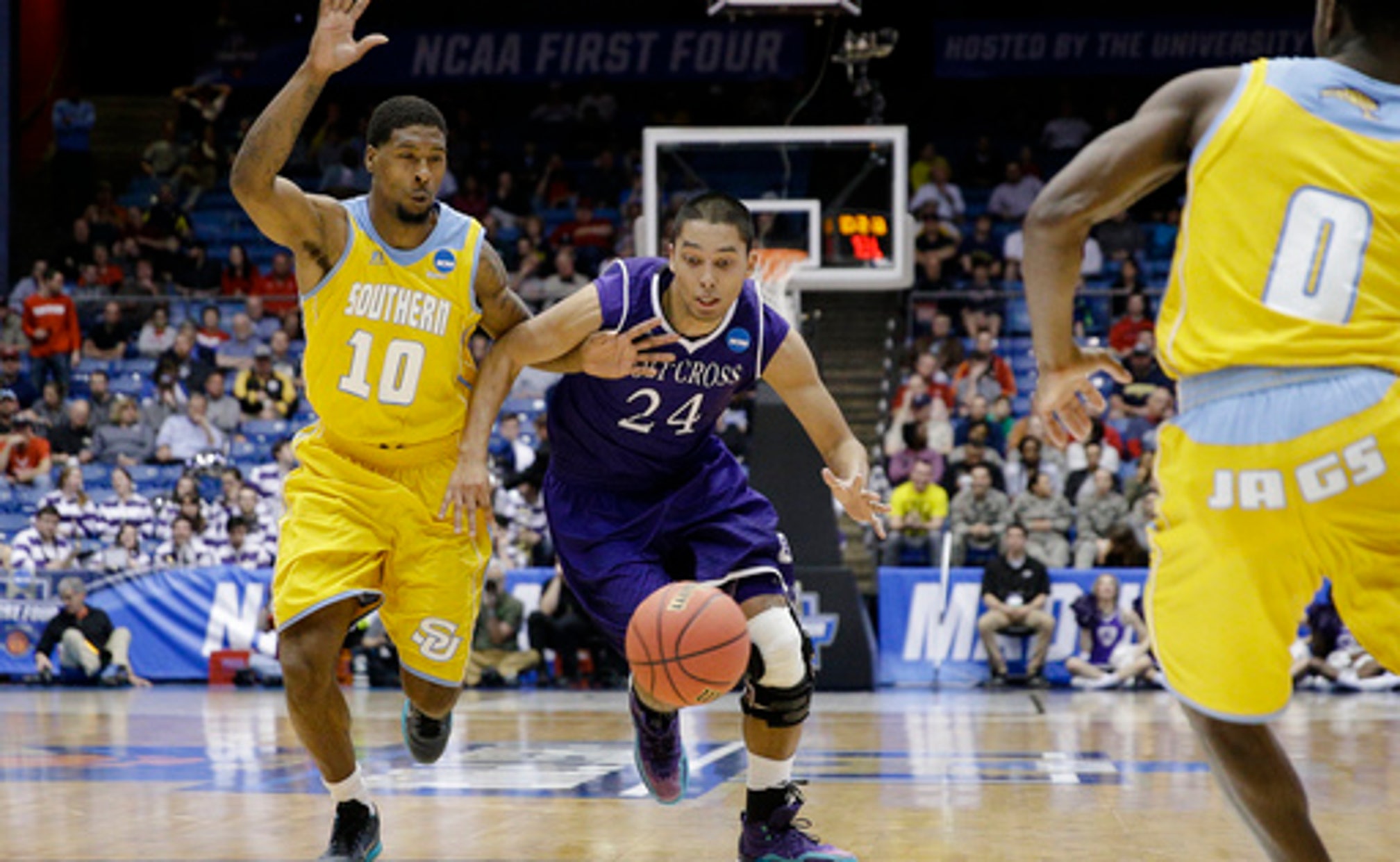 previous story
Tyler Dorsey a catalyst to Oregon's surge for No. 1 seed
next story
The Latest: Miami beats Buffalo, gets Wichita-Arizona winner 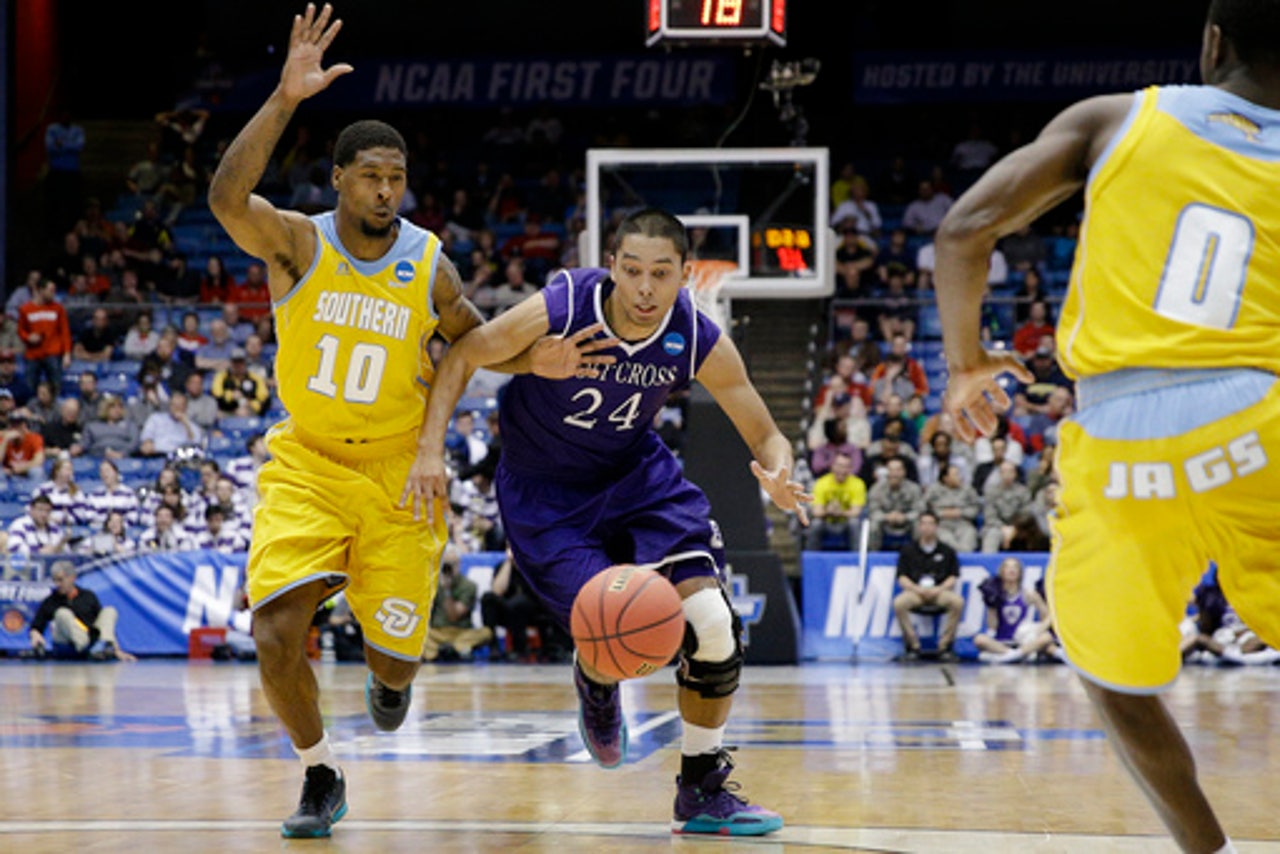 SPOKANE, Wash. (AP) When freshman Tyler Dorsey arrived at Oregon, his default was to keep silent.

As the season progressed, Dorsey became more vocal. And not surprisingly, as Dorsey made his voice heard for the Ducks, his game became a catalyst for Oregon's late season surge to a No. 1 seed.

''When Tyler first got on campus he was real quiet, he wouldn't talk as much. I think that's a big part of our success, now that he's talking a lot and he's vocal on the court,'' Oregon's Elgin Cook said. ''And that's what we need from him. And he's been playing amazing as well.''

For as well as Dorsey played late in the season, he'll get his first taste of the NCAA Tournament on Friday when the top seed in the West Regional faces No. 16 seed Holy Cross. Oregon played loose and confident late in the season, rattling off eight straight wins heading into the NCAAs and claiming the first No. 1 seed in school history.

But it's the stigma that comes with being a No. 1 seed that worried coach Dana Altman on Thursday. He was concerned the Ducks might play tight.

''Our guys will be ready. We just got to relax and play,'' Altman said. ''I think one thing that will help us, five guys played in last year's tournament and won a game.''

Dorsey was not one of those Ducks a year ago that beat Oklahoma State in the opener before falling to Wisconsin. But he brought a scoring mentality to the perimeter that, while it didn't completely replace Joseph Young, helped temper the loss of the 2015 Pac-12 player of the year.

''I just loved his confidence and his ability to score. He's done a good job of sharing the basketball and making plays for others. But he knows when he's got an opportunity, he can go get a basket,'' Altman said.

Holy Cross (15-19) already has a tournament victory after holding off Southern 59-55 in the First Four. It was the Crusaders first NCAA win since 1953 despite nearly pulling major upsets twice since. After losing five straight and seven of eight, the Crusaders have now won five straight, their longest winning streak since midway through the 2013-14 season.

Making it six straight would be pulling off the biggest upset in tournament history.

''It's in the back of your mind that a 16 team has never beaten a 1 and how great it would be for not only our school, but for all the kind of small schools that get in here and get a chance to play a team like Oregon,'' Holy Cross guard Robert Champion said. ''But I think when it comes down to it, we're just going to approach it just like another game. I think that's how we made this great run in March.''

Here's what else to watch as the Ducks and Crusaders meet for the first time:

HERE BEFORE: Holy Cross coach Bill Carmody was part of one of the more famous 1 vs. 16 games in tournament history. Carmody was an assistant for Princeton in 1989 when the Tigers drew powerhouse Georgetown in the first round. Carmody remembered losing his appetite when the selections were announced and seeing Georgetown as the opponent, but the Tigers nearly pulled the upset before falling 50-49.

''The game itself, it just went back and forth,'' Carmody said. ''We took care of the ball. I think we only had four or five turnovers for the game and we gave ourselves a shot to win.''

TIME TO COOK: Cook was the most outstanding player of the Pac-12 Tournament after averaging 17.3 points and 5.3 rebounds in Las Vegas and will become the first Oregon player in school history to play in three NCAA Tournaments during his career.

BUCKING THE TREND: Oregon's dominant performance winning the Pac-12 regular season and tournament titles put the Ducks in rare company. But those accomplishments have not equated NCAA success. The Pac-12 has been absent from the Final Four since 2008 when UCLA swept the regular season and conference tourney titles.

STREAK EXTENDED: Oregon did not play at Washington or Washington State this season due to Pac-12 scheduling but will extend its streak of playing at least one game in the Evergreen State to 100 years when it tips off on Friday. The last time Oregon did not play in Washington state: 1916, when the Ducks season was called off due to World War I and an influenza outbreak.