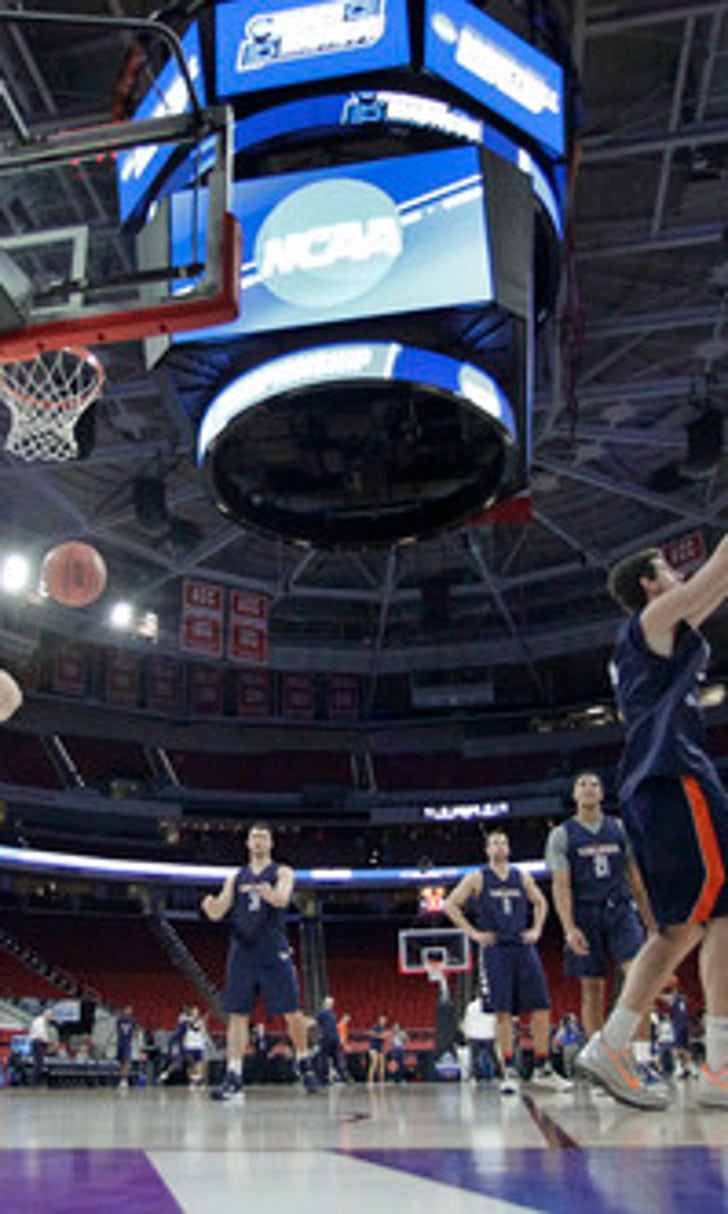 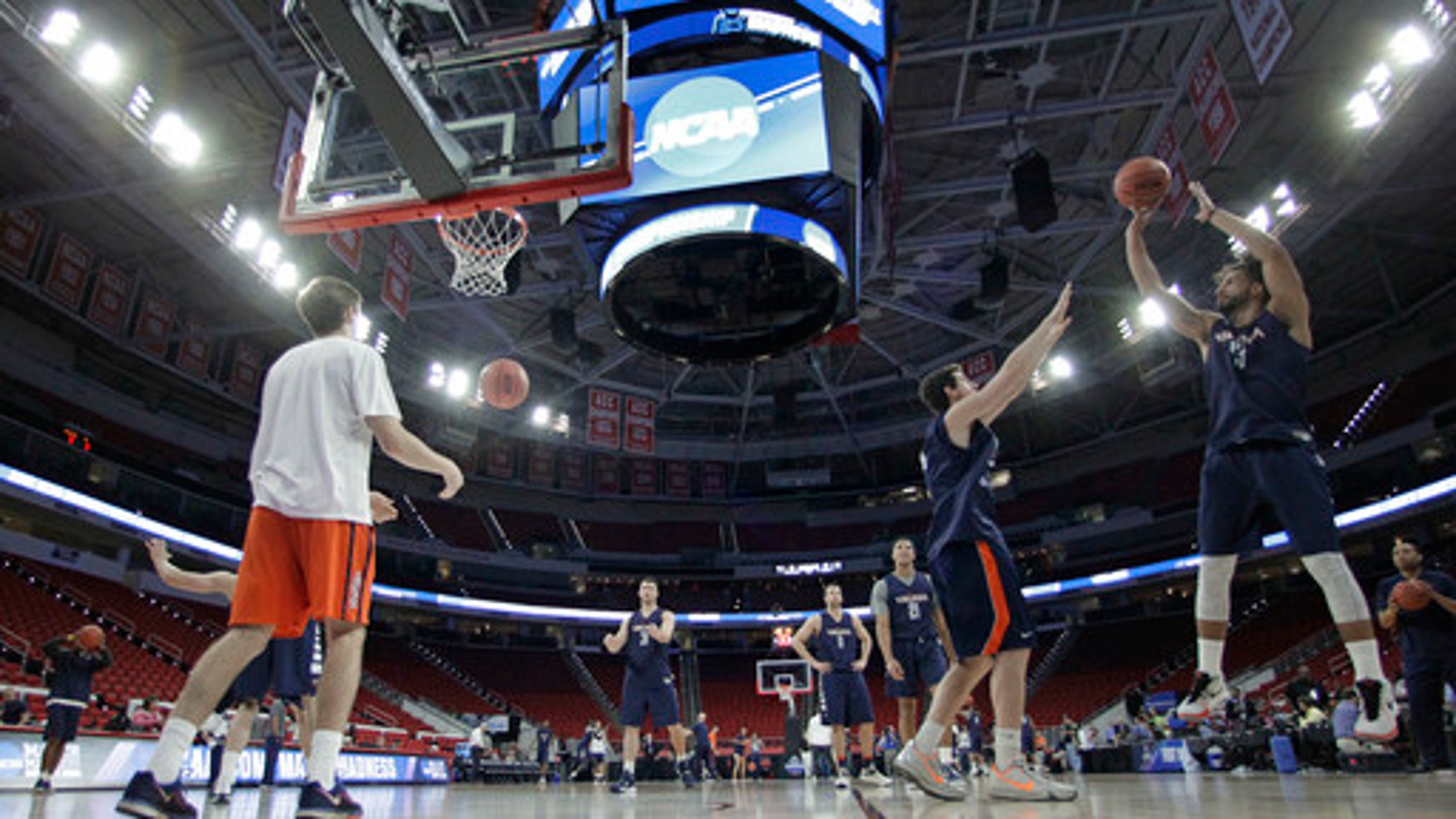 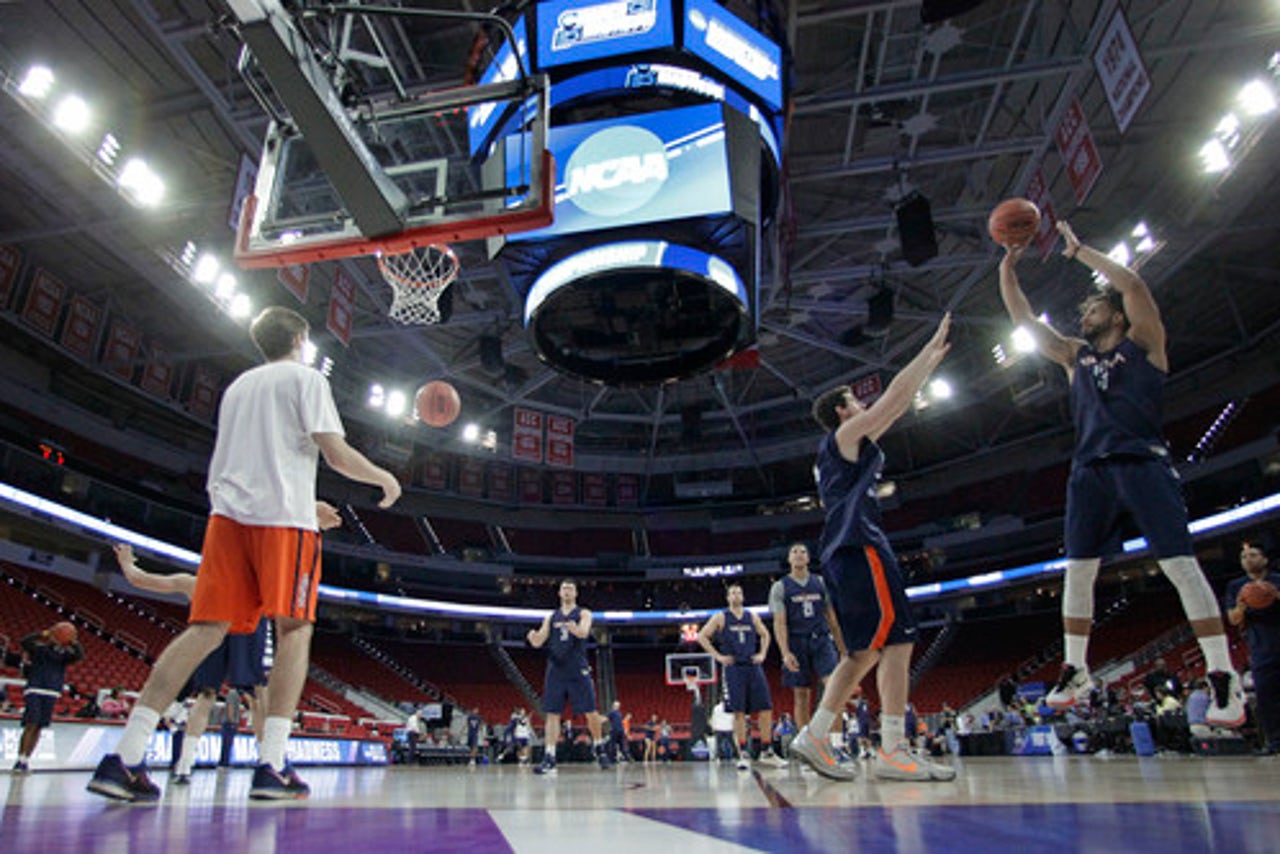 RALEIGH, N.C. (AP) Virginia has been here before, traveling down to Tobacco Road to play its NCAA Tournament games as a No. 1 seed.

And there's something else awfully familiar about the Cavaliers' bracket - looming once again in a later round is Michigan State.

But they can't afford to worry about the Spartans yet. They insist their focus is on 16th-seeded Hampton in their first-round matchup Thursday in the Midwest Regional.

This marks the last chance at a national championship for Atlantic Coast Conference player of the year Malcolm Brogdon, Anthony Gill and the rest of the seniors who helped establish the program a perennial power in the ACC.

Virginia (26-7) earned a No. 1 seed for the second time in three years, winning two games in Raleigh as a top seed in 2014 before falling to Michigan State in Sweet 16. The Spartans also sent the Cavaliers home in the round of 32 last year.

If the seeds hold, Virginia and Michigan State - the No. 2 seed in the Midwest - will meet once again in the regional final next weekend in Chicago.

But the Cavaliers know that won't happen if they don't take care of Hampton first.

The Pirates are making their second straight tournament appearance, winning a play-in game last year before falling to then-unbeaten Kentucky as a No. 16 seed.

''We can't take any team lightly,'' forward Anthony Gill said. ''That team is just as hungry as we are to try to win the national championship.''

While the Mid-Eastern Athletic Conference champion Pirates (21-10) haven't played Virginia since 2013, they're plenty familiar with the ACC power about a 2-hour drive away.

''Being Virginia, it has its good parts and its bad parts,'' Hampton coach Edward Joyner Jr. said. ''You've got to deal with a great team, but at the same time, how great is this for the state?''

Some things to know about the Hampton-Virginia game:

STAT SHEET: Both teams hold their opponents to 42 percent shooting, with the Pirates allowing them to hit just 33 percent from 3-point range to 35 percent for Virginia's opponents. But while the Cavaliers rank second nationally in Ken Pomeroy's overall efficiency ratings, Hampton is at No. 220 - third-worst among NCAA Tournament teams.

HISTORY FOR HAMPTON? The Pirates are 1-14 against ACC schools and are winless in seven tries against their instate opponent while Virginia is 25-0 against MEAC teams. And while no No. 16 seed has ever beaten a No. 1, Hampton does have one of the biggest tournament upsets to its credit - it knocked off second-seeded Iowa State as a No. 15 seed 15 years ago. ''I feel like this year, anybody can be upset, honestly,'' Hampton forward Quinton Chievous said.

KEEP AN EYE ON ...: Teams that pull huge upsets usually have a player who emerges from anonymity to put up big numbers. The top candidate for Hampton might be Reginald Johnson Jr., a senior transfer from Miami of Ohio who has scored in double figures in 13 straight games and averages a team-best 18.3 points despite taking over at point guard this season. He had 15 points in a play-in game victory last year against Manhattan.

REUNITED: A pair of former teammates at Tennessee find themselves on opposite sides of this one, with Chievous - the son of former Missouri and NBA player Derrick Chievous - at Hampton and Darius Thompson at Virginia. Both left UT after the 2013-14 season, with Thompson hitting the shot of the year for the Cavaliers - a banked-in 3-pointer at the horn that capped a frantic last-minute rally and beat Wake Forest. Said Chievous: ''Darius was like my brother.''

DOWN TO THE WIRE: The ACC's unbalanced schedule meant Virginia played only two games in the state of North Carolina this season. Both were decided by buzzer-beaters: In addition to Thompson's prayer to beat Wake Forest, the Cavaliers lost at Duke on Grayson Allen's extra-step jumper in the lane.