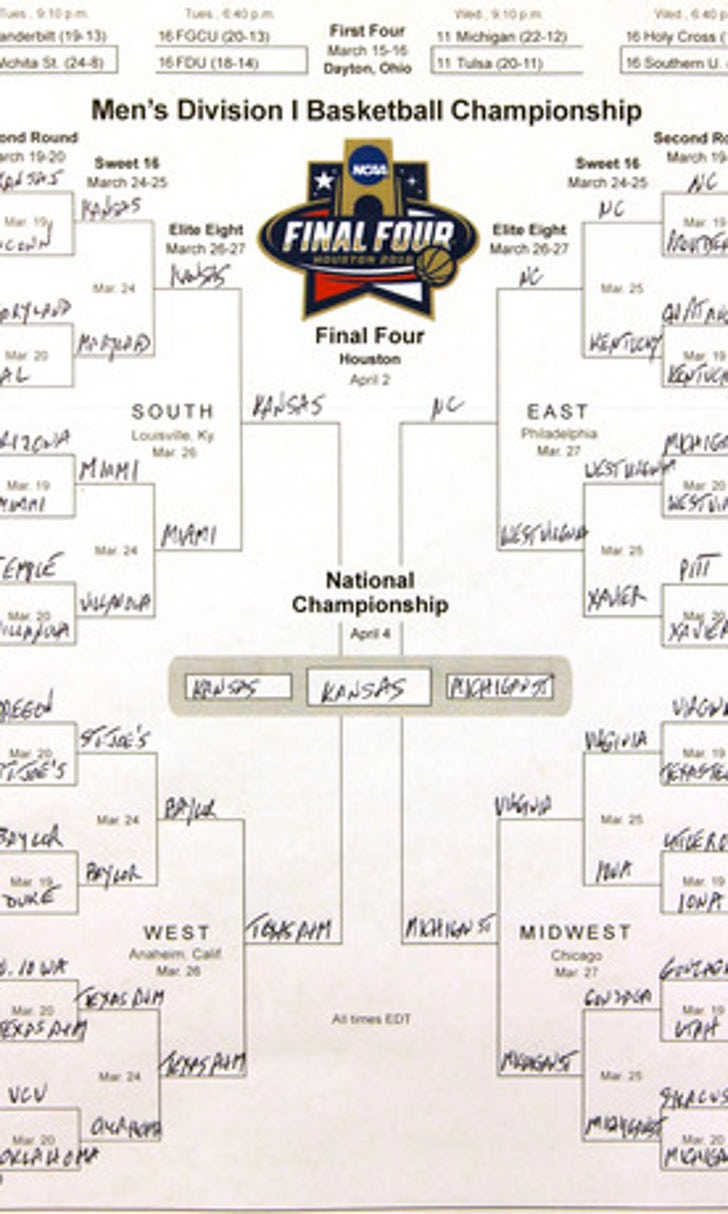 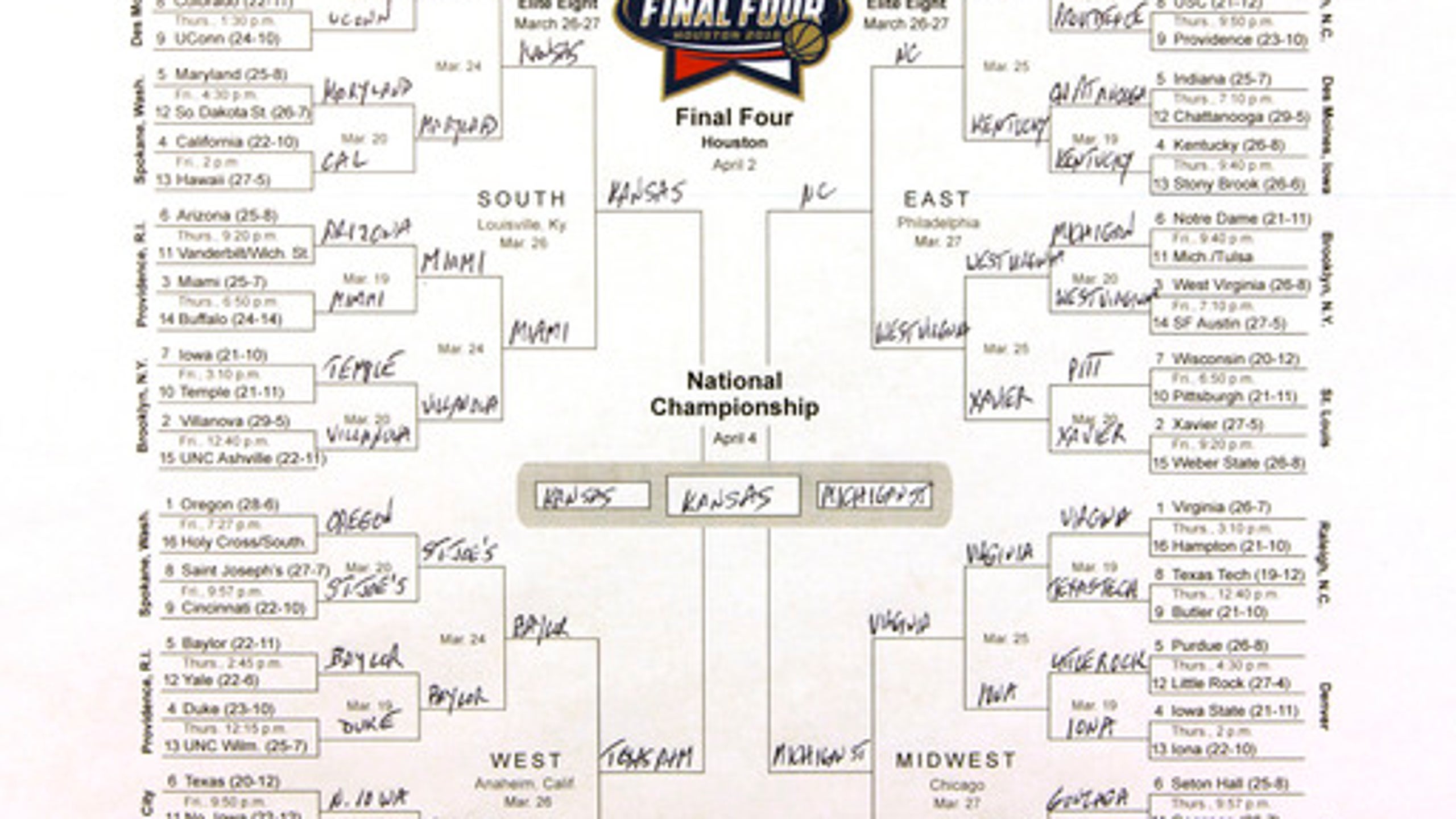 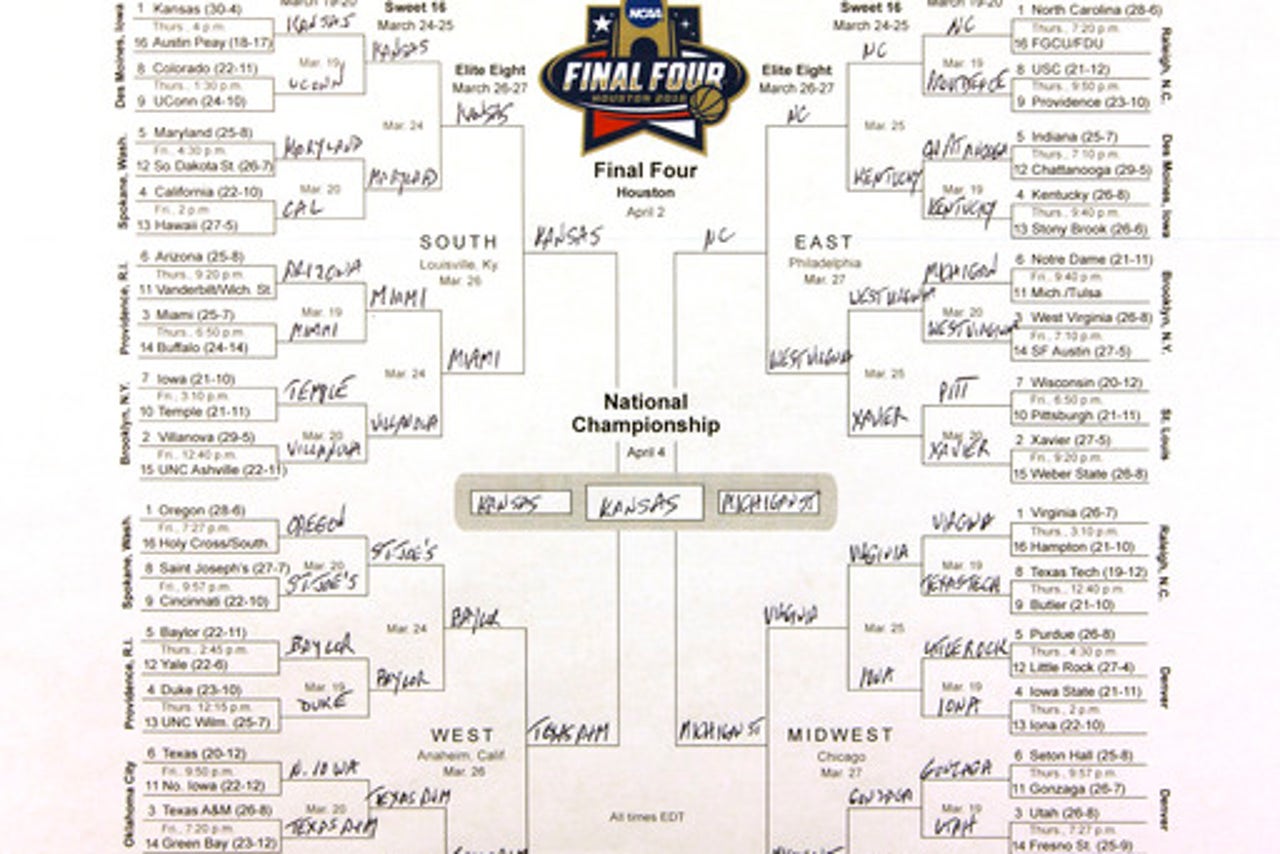 Somebody up there hates the NCAA.

OK, just about everybody hates the NCAA, but that's a column for another day.

So let's focus on the somebody with access to the NCAA basketball tournament committee's ''top-secret'' deliberations - and perhaps a score to settle - who leaked a 100-percent-correct bracket on Twitter midway through CBS' ''exclusive'' reveal of the March Madness pairings Sunday.

He could have been upset over the snub to St. Bonaventure, or the slight to Michigan State. Maybe it was a protest against the decision by CBS to turn what used to be a fun, fast-paced 30-minute selection show into a dull, 2-hour, commercial-packed extravaganza, especially considering how much time Charles Barkley wasted trying to figure out why the monitor in front of him was called a ''touch'' screen. It might even have been payback for one of NCAA boss Mark Emmert's high-handed, wrong-headed revenge schemes.

Whatever the reason, unless and until the NCAA produces a credible suspect, my money is on Kim Jong Un.

Don't laugh. We'll explain why in a moment. Just remember that Seth Rogen and the suits at Sony Corp. who got hacked before the studio could release ''The Interview'' thought it was funny, too - until it wasn't.

Notre Dame coach Mike Brey thought it was a joke when he got a text from his son revealing his team's first-round opponent before CBS did.

''I thought he was messing with me,'' Brey told The Associated Press soon after. ''So I just deleted it. Fifteen minutes later we show up, and then I found out we had a little leakage going on.''

Coaching assistants at Seton Hall took advantage of the heads-up to begin collecting film on first-round opponent Gonzaga. Players at Michigan began celebrating early, certain their bubble wouldn't burst after a walk-on showed them the bracket on his phone. Same thing at Syracuse; instead of going wild, the players' reaction to the official announcement that they'd squeezed into the tournament was a collective smirk.

The official NCAA response was predictably stern. Of course, you'd be mad, too, if CBS wrote you a check for $10.8 billion in 2010 for the TV rights to the tournament - including exclusivity to unveil the brackets - and somebody leaked all the suspense out of that very expensive balloon. Turns out the selection show pulls better ratings than any regular-season game year-in and year-out.

''We go through great lengths to prevent the tournament field from being revealed early, and the NCAA took its usual measures to protect this from happening,'' the NCAA statement said. ''Unfortunately and regrettably, the bracket was revealed prior to our broadcast partners' having the opportunity to finish unveiling it. We take this matter seriously, and we are looking into it.''

Best we can tell, the NCAA's hapless gumshoes are struggling for leads. Whoever put the brackets on Twitter - using a handle we can't repeat here - closed the account a heartbeat later. So instead of doing what they usually do whenever there's trouble afoot in college sports - round up the usual suspects and threaten them with double-secret probation - we're going to urge them to think big. Which brings us back to Kim.

For openers, the North Korean despot is known to be a rabid hoops fan. Dennis Rodman is his BFF. Fellow students recall Kim's college dorm room in Switzerland littered with expensive sneakers and jerseys, as well as photos on the wall of the budding tyrant posing alongside NBA stars Kobe Bryant and Toni Kukoc. One of those classmates even claimed Kim had serious game.

''He was very explosive,'' Nikola Kovacevic told The Chosun Ilbo, a major South Korean daily newspaper, back in 2009. ''He could make things happen. He was the playmaker.''

''It was a bit strange,'' Imhof said, before concluding it was probably a ''Korean thing.''

Maybe, maybe not. But unlike the NCAA's official bracket, don't count on it being leaked anytime soon.

Jim Litke is a national sports columnist for The Associated Press. Write to him at jlitke(at)ap.org and Twitter.com/JimLitke.