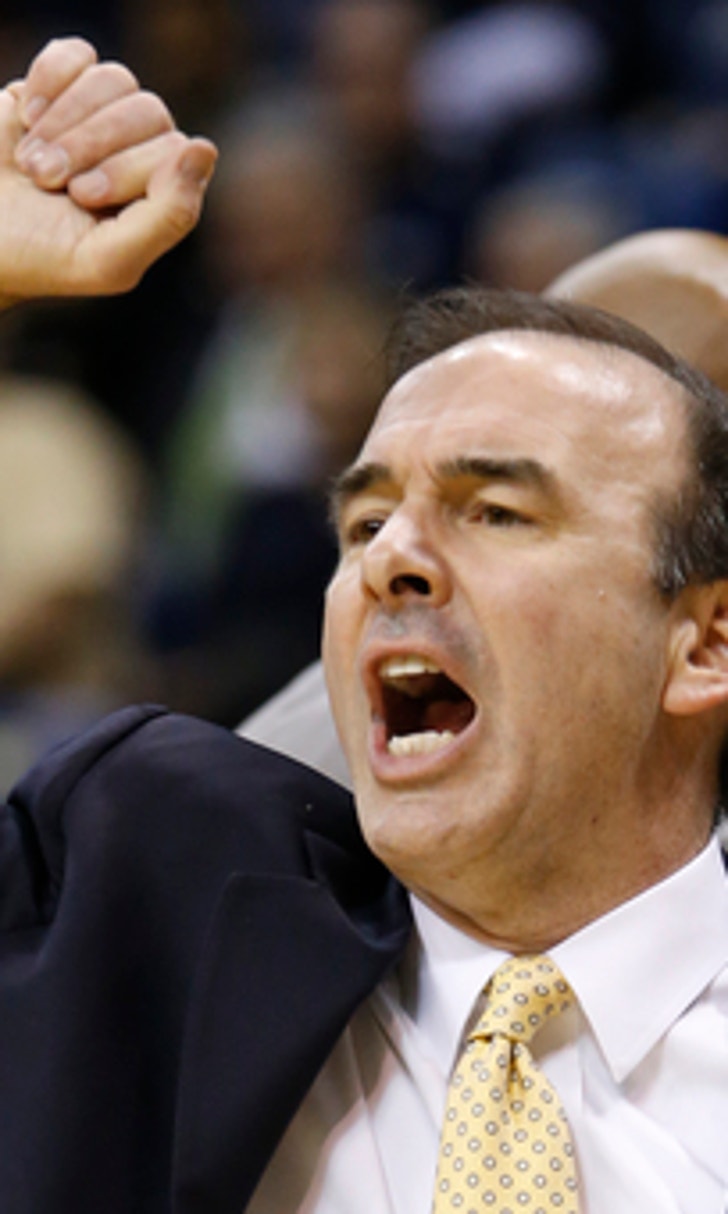 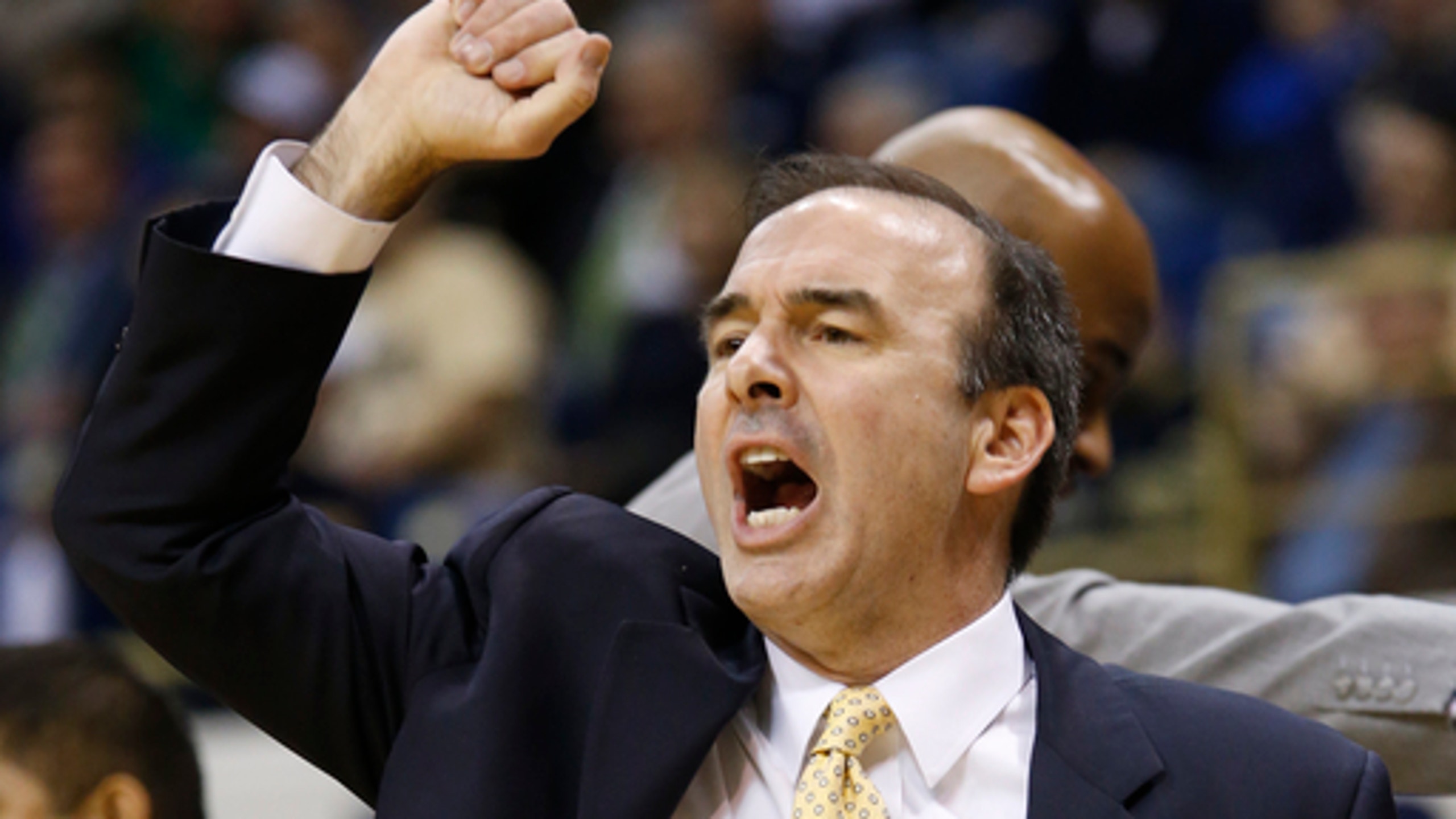 Campaigning coaches stump for their teams to make tournament 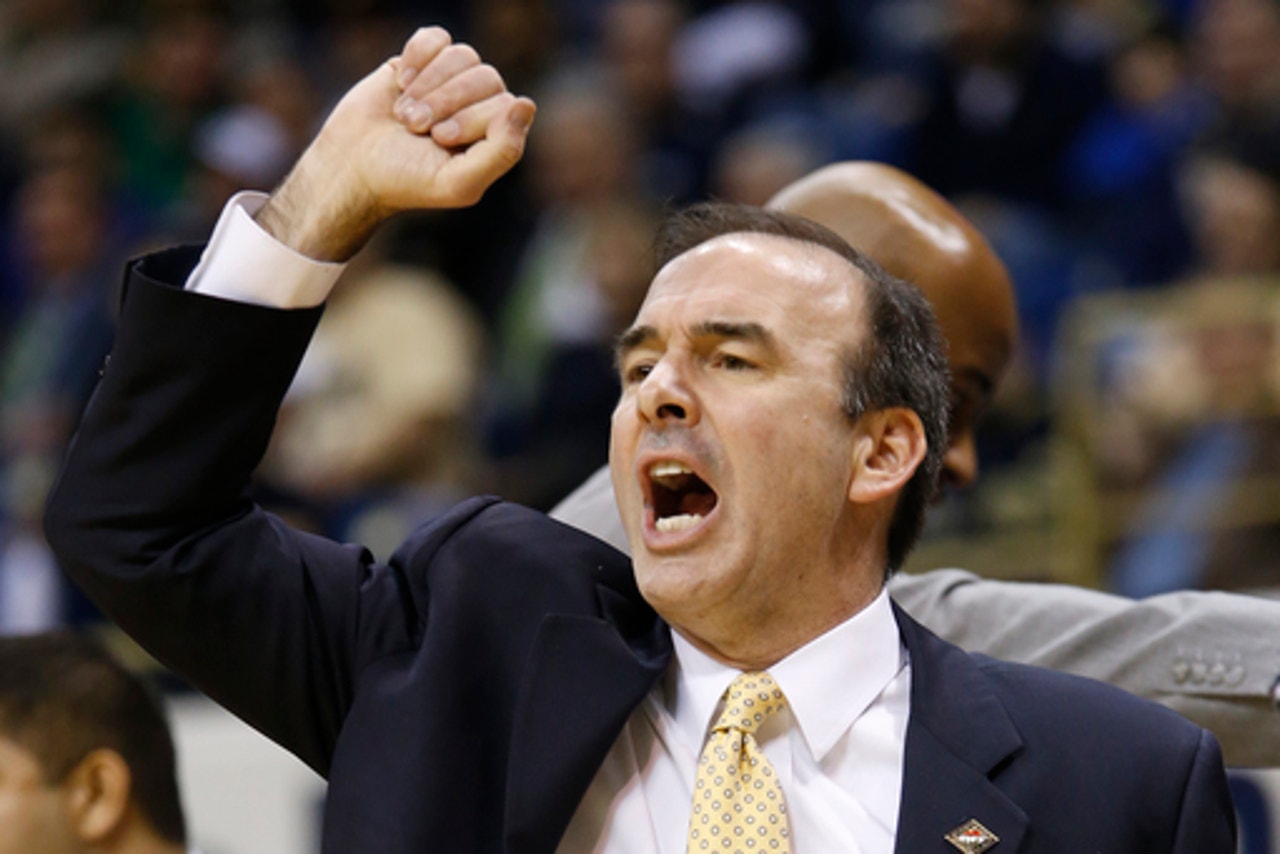 NEW YORK (AP) The campaigning. The stump speeches. The last-ditch pitches from the contenders, insisting they aren't paying attention to the pundits and prognosticators.

No, not presidential hopefuls. At this time of year, some college basketball coaches can sound like political candidates searching for votes as they tout their teams' NCAA Tournament worthiness.

The selection committee is hard at work putting the bracket together in New York this weekend. The big reveal is Sunday, and it is not as if a coach's plea will sway the panel.

From the ACC to the WCC, coaches get asked: Do you think you're in? Have you done enough? And often they answer as if - maybe, just maybe - somebody important is listening.

Wichita State was one of several regular-season champions from mid-major conferences that didn't win league tournaments to lock up automatic NCAA bids. Monmouth (27-7) and St. Mary's (27-5) are in similar situations.

''We have one of the top-five records in the country. The only thing we didn't do was beat Gonzaga three times. We beat them twice,'' St. Mary's coach Randy Bennett said after losing the West Coast Conference final to Gonzaga.

Wichita State (24-8) has been an NCAA regular in recent years, but this season's team lost most of its marquee nonconference games and the MVC was not deep enough to give the Shockers a boost. The Shockers also played a chunk of their season without star point guard Fred VanVleet.

''''I don't know what (our nonconference schedule is) ranked, somewhere between five-to-15 in the country,'' Marshall said. ''In the end, if you see teams that are better and had to deal with what we had to deal with, maybe they select them.''

Syracuse (19-13) started the season with coach Jim Boeheim serving a nine-game NCAA suspension and lost a couple without him. After the Orange were bounced from the Atlantic Coast Conference Tournament by Pittsburgh, Boeheim said he hoped the committee would not punish his team for his absence.

''The chairman of the committee said a coach not being there can be taken like a player not being there,'' Boeheim said. ''How much is that important? I don't know. How much is that taken into consideration? I don't know. I know we've beaten four teams in the (RPI) top 30 or 35 in the country. We've beaten eight teams in the top 100. If there's teams better than that, so be it. We'll see what happens.''

The Atlantic 10 Tournament featured a few teams that came into the weekend at Barclays Center needing to shore up at-large resumes.

George Washington coach Mike Lonergan knew his team was teetering on the edge, but said a victory Friday against St. Joseph's should have been good enough to get the Colonials in the NCAA Tournament.

After GW (23-10) lost to St. Joe's, Lonergan seemed resigned to the Colonials being NIT-bound. Still, he restated his case and hoped that maybe GW's best victories would look even better by Sunday.

''I'm not going to lie to you; I'll be cheering for Seton Hall and Virginia and even Tennessee,'' Lonergan said.

Seton Hall and Virginia won Friday. The Volunteers lost to LSU, another team hoping to squeeze in. The Tigers (19-13) on Saturday face Texas A&M, the Southeastern Conference's top seed.

''We feel that we're in a very powerful league. We hope that that stands for something, and it will certainly carry some weight,'' LSU coach Johnny Jones said.

Georgia (19-12) advanced in the SEC by beating South Carolina and will face Kentucky in the semifinals.

''There's a lot of teams that didn't challenge themselves with the schedule. We could've played a bunch of cupcakes, but we didn't,'' Georgia coach Mark Fox said.

St. Joe's (25-7) is probably safe now, having avoided a three-game losing streak to end the season.

Hawks coach Phil Martelli said he can't shield his players from all the speculation and bracketology, but he avoids it - despite the fact that ESPN bracket forecaster Joe Lunardi works at St. Joe's.

''I'm honest with you; I don't know where we were,'' Martelli said. ''Look, would I have wanted to go through the next 48 hours with a three-game losing streak? No. No, I wouldn't.

''But campaigning wouldn't do anything.''

True, but that does not stop it from happening.