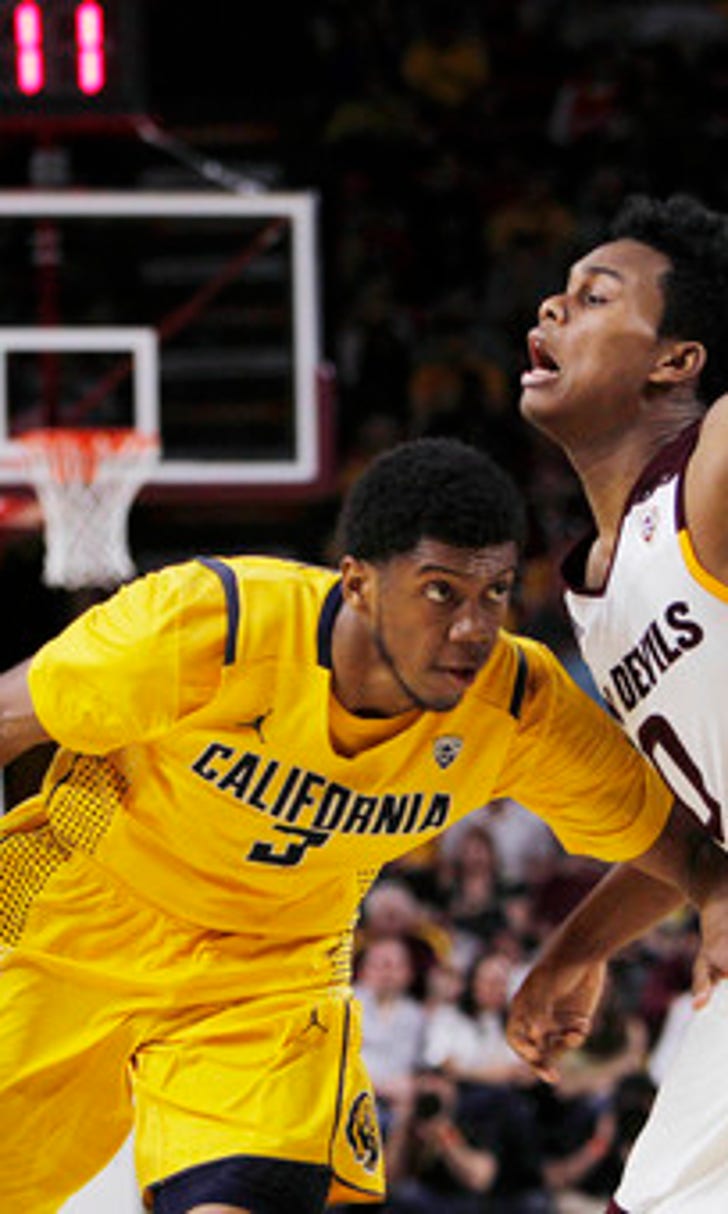 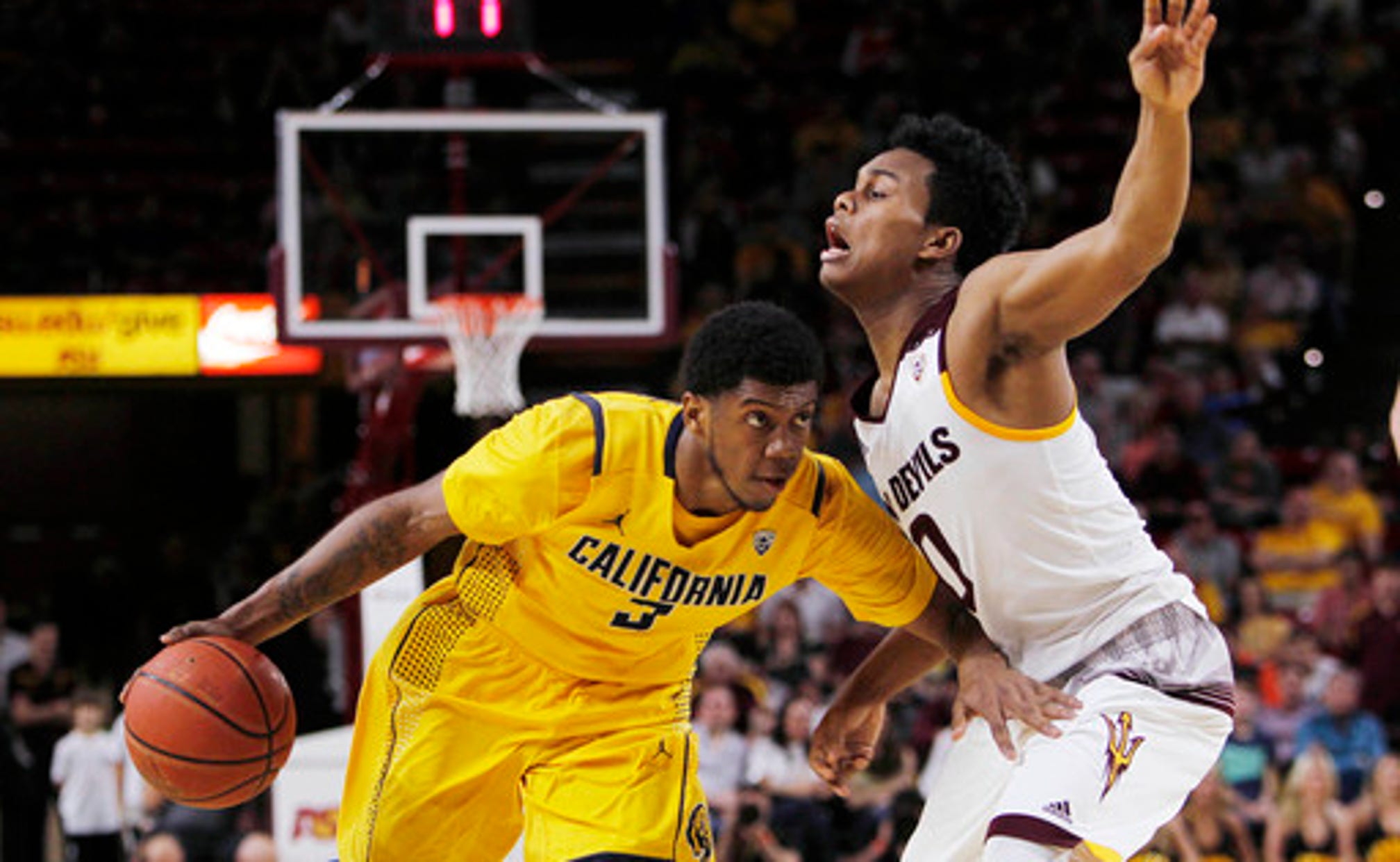 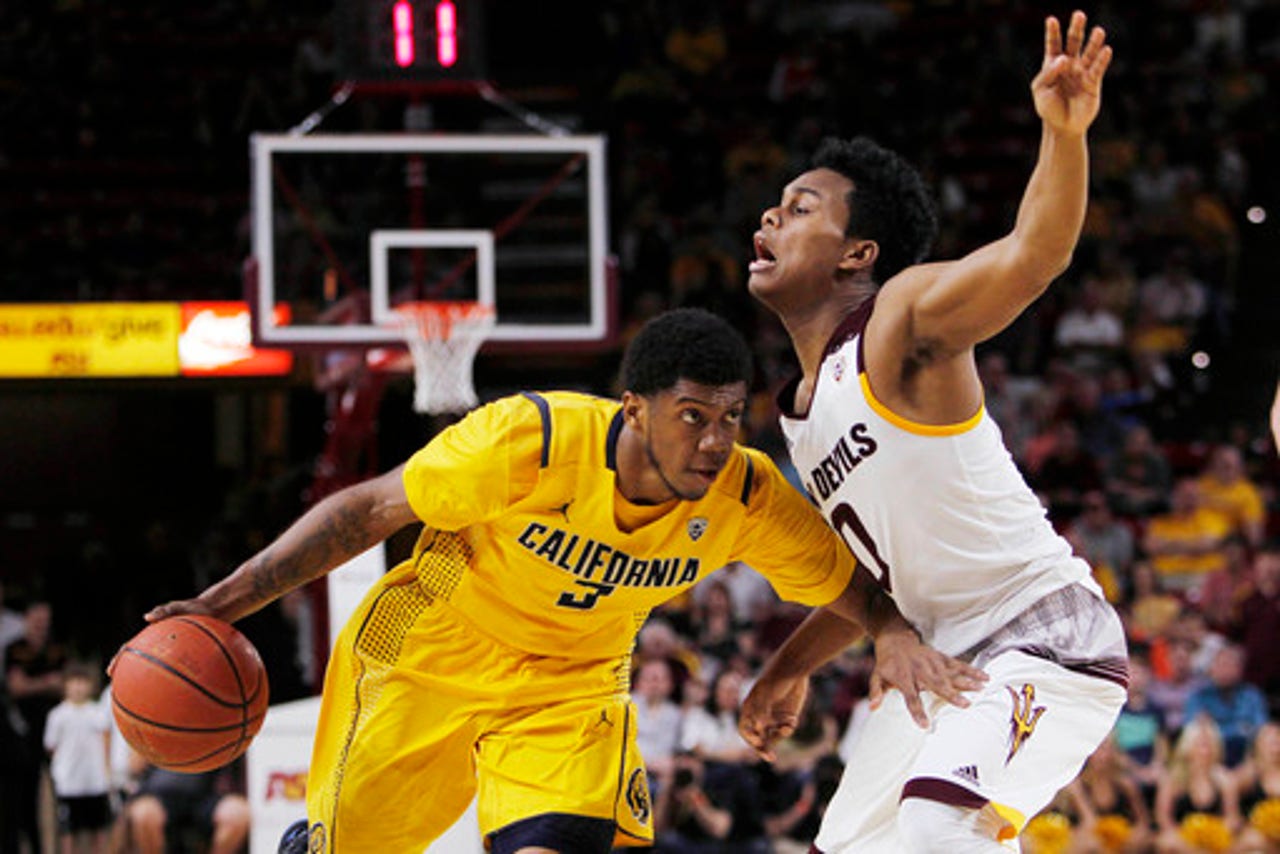 SPOKANE, Wash. — California point guard Tyrone Wallace suffered a broken right hand during a non-contract drill after his hand got caught in a teammate's shirt, leaving the Golden Bears without their senior leader for the rest of the season.

California coach Cuonzo Martin said Thursday that Sam Singer will start Friday with Martin out when the 23rd-ranked Bears face Hawaii in their NCAA Tournament opener. But it won't be Singer's responsibility to make up for Wallace and his 15.3 points per game. Martin said much of that scoring load will need to fall to Ivan Rabb and Jaylen Brown.

"I don't know if demand is the right word, we need to be more assertive and get (Rabb) the ball. He needs to have a better presence of wanting the basketball," Martin said. "Same way with Jaylen. He hasn't shot the ball well, but we need him to be aggressive at all times because he puts so much pressure on the defense."

Wallace broke a bone in his hand Wednesday and is expected to miss three to five weeks. Wallace broke a different bone in the same hand earlier this season, causing the senior to miss five games and Singer stepped in as the starter during that stretch. Wallace was averaging a team-high 15.3 points and 4.4 assists per game, along with 5.4 rebounds. He is coming off one of his best games of the season when he scored 26 points in a loss to Utah in the Pac-12 semifinals last week.

"We're a deep team, relatively experienced team with the juniors we have, so I think we'll be able to pick up what Tyrone left," Cal's Jordan Matthews said. "It's unfortunate, we'll miss him a lot, but we have to win this ball game."

Wallace remained behind in Berkeley to be examined by doctors in the hopes the injury was not as bad as first believed and that he could potentially join his teammates in Spokane.

Martin said he believes it would have been tougher if this had been the first time the team had lost Wallace.

"That would be tough," Martin said. "But we played games without him. Sam played well without him. Jaylen played well at that position without him. So we'll make adjustments, but I think, more than anything, they would like for him to be here on the floor and playing, because we owe him that as a senior."