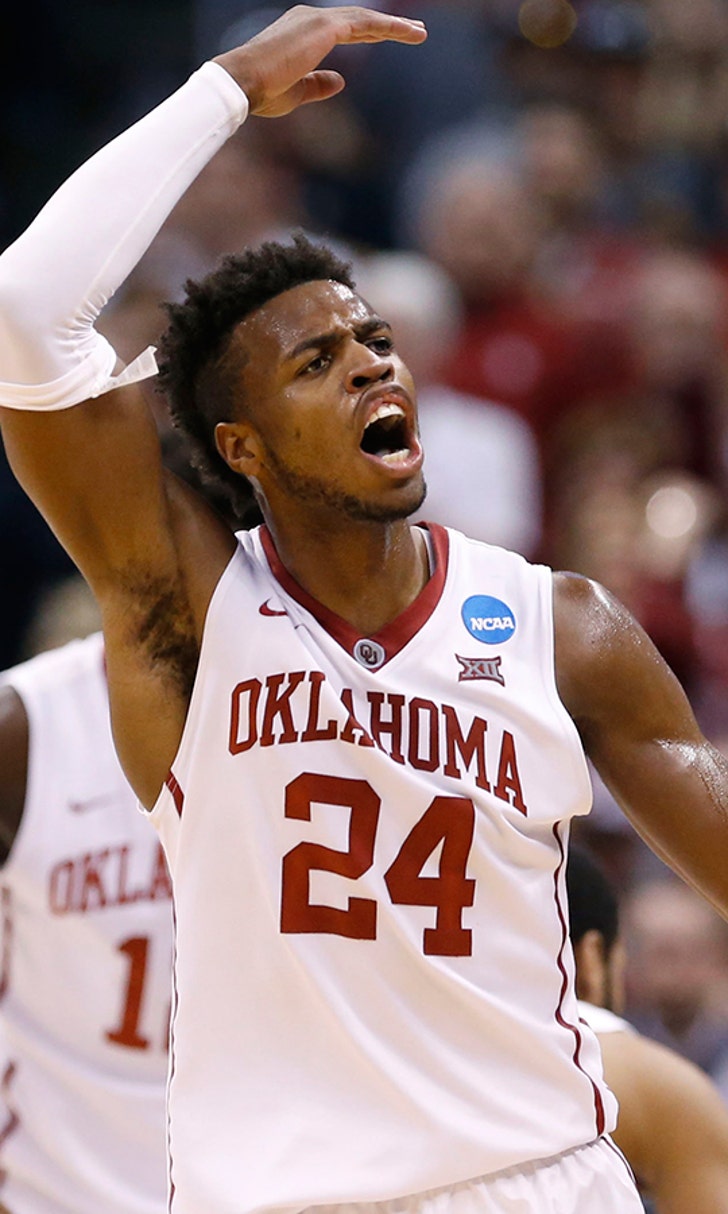 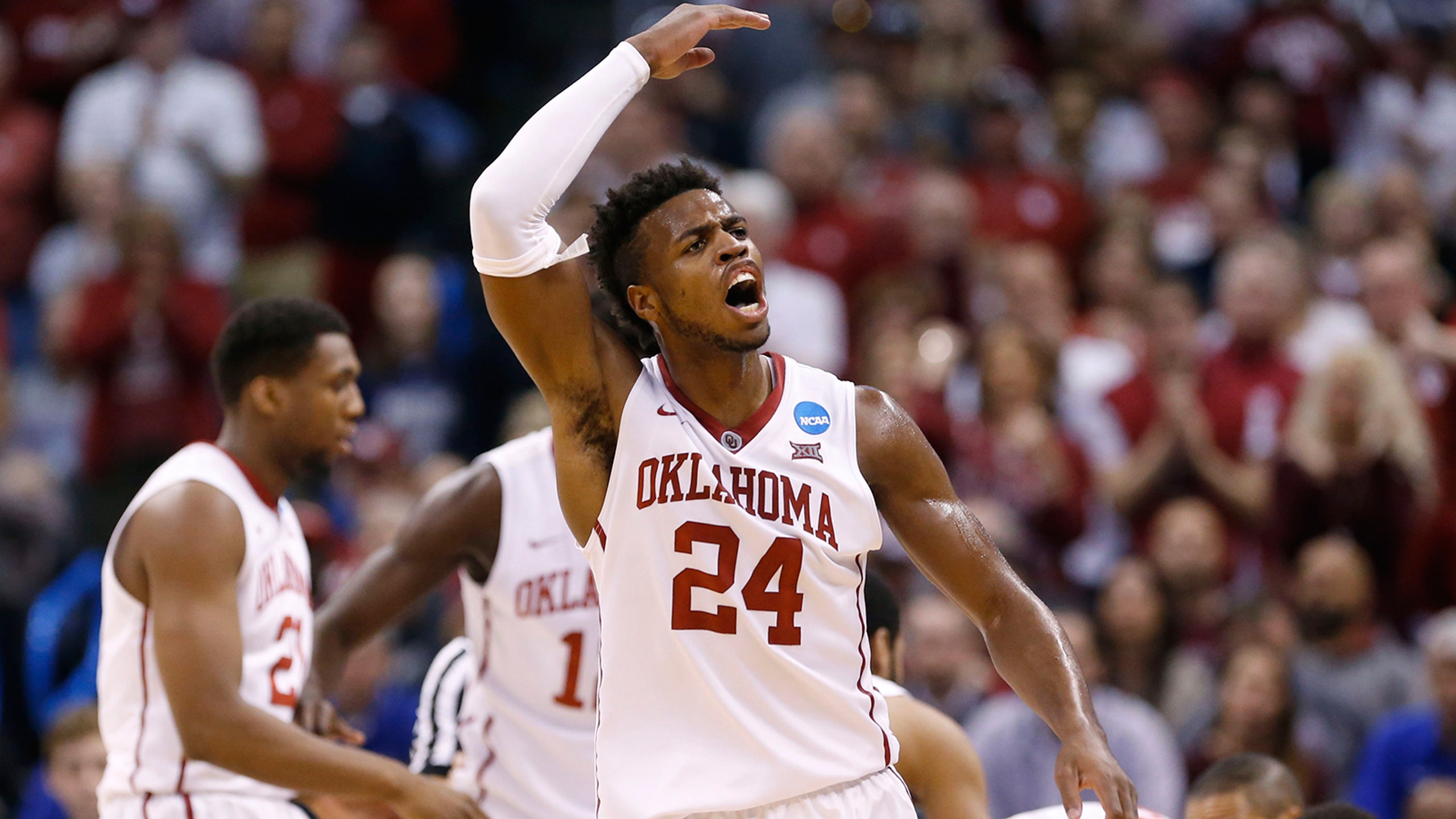 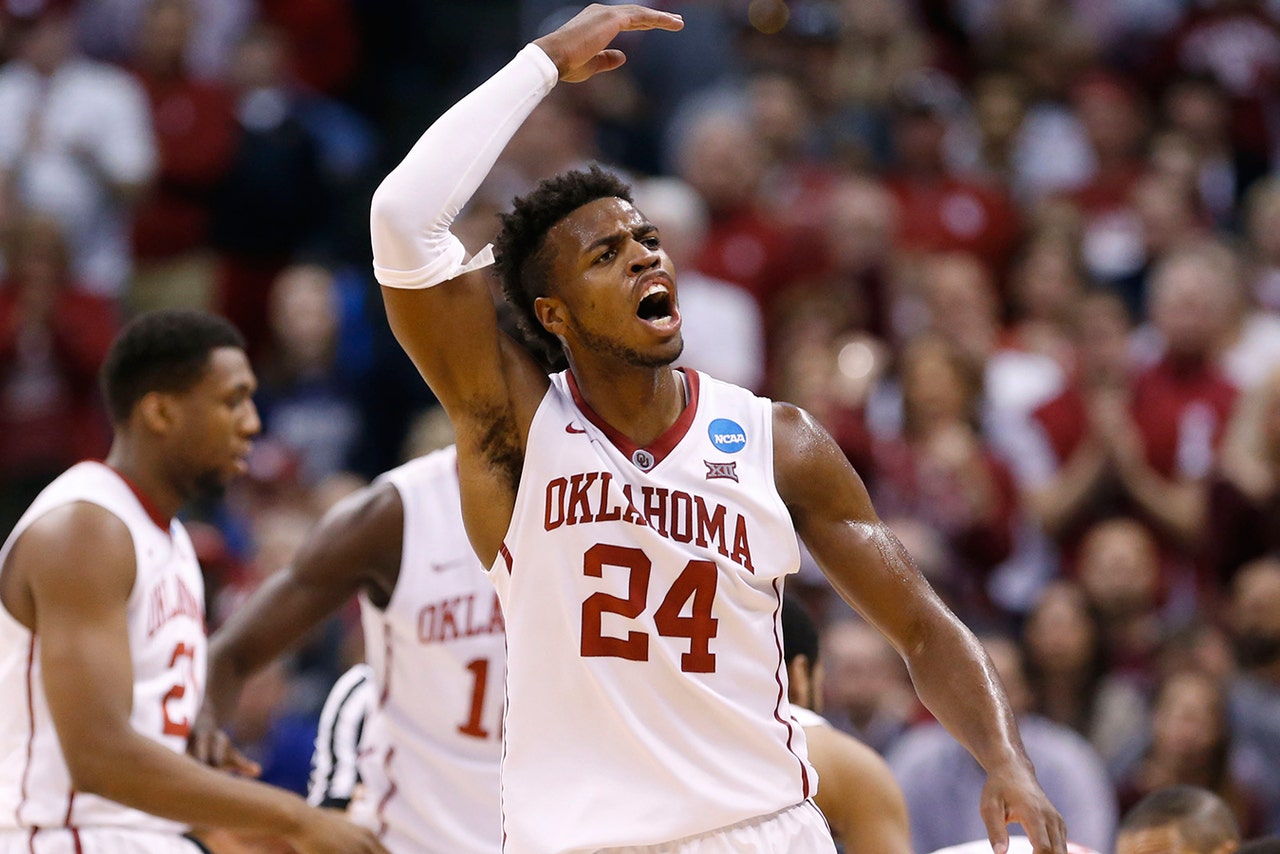 Playing at Chesapeake Energy Arena, just a half-hour drive from campus, the senior guard scored 19 of his 36 points in the final eight minutes to help the second-seeded Sooners hold off No. 10 seed VCU 85-81 Sunday in the second round of the NCAA Tournament.

Hield, the nation's No. 2 scorer, posted at least 30 points for the 11th time this season. As he stood at the free-throw line late in the game, the fans stood and chanted, "Buddy! Buddy!"

"This is the big stage," Hield said. "It's win or go home. It's my senior year. NCAA Tournament. Everybody is watching. You don't get these moments very often, so you go out there, you've got to bring it."

Hield didn't score for more than 10 minutes to start the game, yet, as he often has done, he eventually got going. He made 9 of 12 shots in the second half after going 2 for 8 in the first.

Going to the #Sweet16 never gets old pic.twitter.com/2DfjZ4Dpco

"He's done it so many times for us throughout his career, and especially this year, and again today," Oklahoma coach Lon Kruger said. "It seemed like every shot that he had that we needed, he stepped up and made it. And it's not that easy to do, especially with the defense leaning on you and targeting you."

Hield scored 29 points in the second half.

Jordan Woodard scored 17 points and Isaiah Cousins added 15 for the Sooners (27-7), who advanced to the Sweet 16 for the second straight year.

Melvin Johnson scored 18 of his 23 points in the second half, JeQuan Lewis scored 22 points and Michael Gilmore matched a career high with 12 for VCU (25-11), which was trying to reach the Sweet 16 for the first time since its Final Four run in 2011.

Johnson, who struggled in the first half, sparked the Rams in the second half with two quick 3s.

The Rams led 65-63 before Hield scored eight points in just under two minutes, including two 3-pointers, to put the Sooners ahead for good.

Even with Hield's closing flurry, the Rams remained in the game until the end.

Oklahoma backup center Akolda Manyang was not available because of a death in the family. A team spokesman said Manyang flew back to Minnesota on Sunday morning. Manyang, a 7-foot junior, averages 2.5 points and 1.4 blocks in 8.0 minutes per game.

Gilmore. The sophomore didn't even play in the first round against Oregon State, but he was needed to match up with Oklahoma's size. It was only his second time scoring in double figures this season, and the fourth time in his career.

Johnson, on VCU's defense against Hield: "Obviously he's logging a lot of hours in the gym because he shoots shots sometimes when he's not even looking at the basket. As soon as he touches it, he lets it go."

VCU: Made just 2 of its first 9 shots. ... Former coach Anthony Grant now is an assistant coach for the Oklahoma City Thunder. ... Outrebounded Oklahoma 24-12 in the second half.

Oklahoma: Will play in the Sweet 16 Thursday in Anaheim, California.

Oklahoma Sooners
share story
those were the latest stories
Want to see more?
View All Stories
Fox Sports™ and © 2021 Fox Media LLC and Fox Sports Interactive Media, LLC. All rights reserved. Use of this website (including any and all parts and components) constitutes your acceptance of these Terms of Use and Updated Privacy Policy. Advertising Choices. Do Not Sell my Personal Info